The 16 participants at the General Chapter of the Sisters of Providence are expected to attend May 12th in Châteauguay, Québec, near Montreal at Manoir d’Youville, on the South Shore of the St. Lawrence.

They come from Saskatchewan and Quebec for Canada, England, Uganda and France. 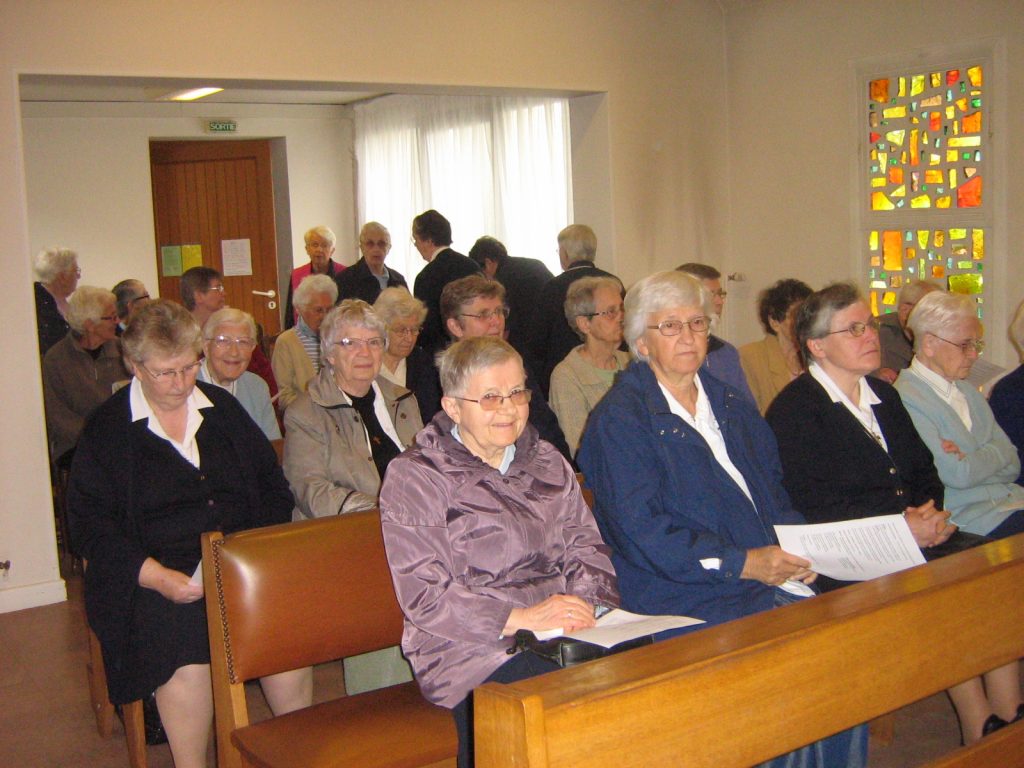 Celebration in St Brieuc, France, during the General Chapter 2014, lived in Ploërmel.

The Congregation has 54 members with an average age of around 85 years.

“At the conclusion of the Chapter, on Thursday, May 25, participants – our Mennaisian Grand Sisters – will be welcomed by La Prairie Mother House community,“ explains Bro. Mario Houle, Provincial of Canada-USA-Mexico. Those who come from outside will be able to visit the city of Montreal in the company of Bro. Hervé Lacroix two days later.

“Let us support our Sisters together, the Daughters of Providence, especially those who participate in this Chapter, so that the Spirit may accompany them, guide them, and surprise them with her many graces. “ 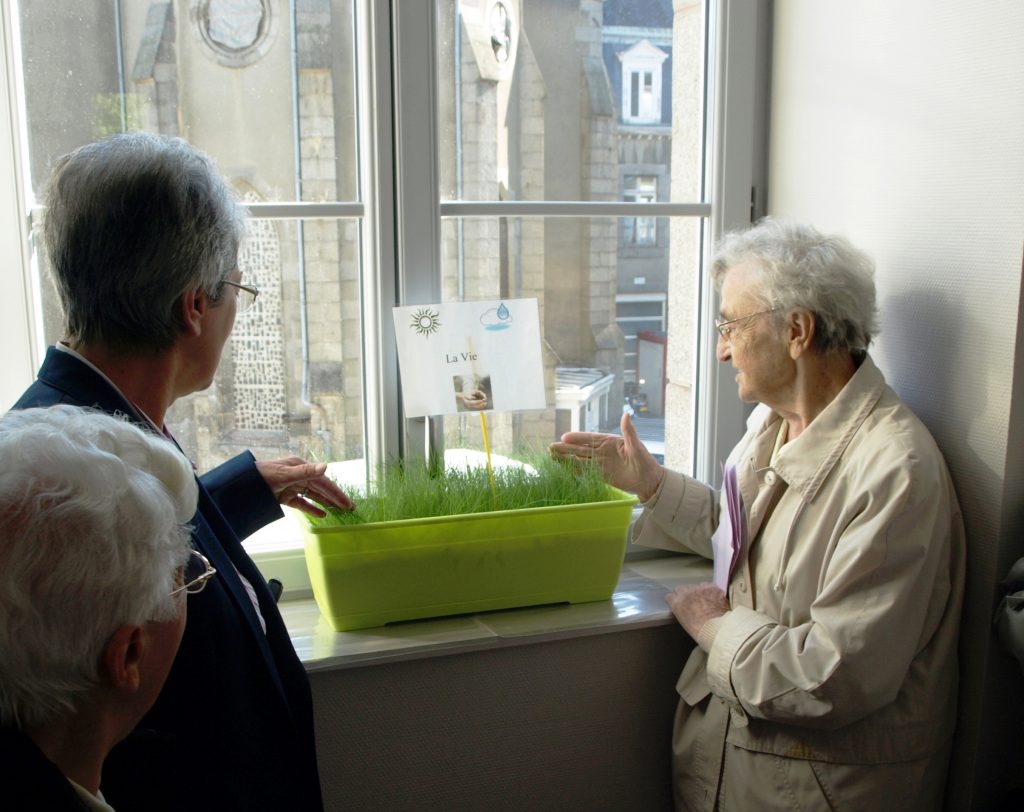 Symbolic image: from left to right, the Sisters Yvette Saliou, Louise Touchette and Jean Hénon – these two last ones having been Superior general of the congregation – during the ceremony of blessing of the works at the School The Providence in Saint-Brieuc, in 2013.