On June 6, 1819, Jean-Marie de la Mennais, the assistant priest at St.Brieuc, and Gabriel Deshayes, the parish priest at Auray, sign at St.Brieuc an union treaty which guarantees the convergence of their efforts in order to “provide strong and pious teachers for the children of the low class…”

Driven by the Holy Spirit, comforted by their mutual expectation, they double their efforts for the expansion of their newly-born foundation. The vow of obedience is first taken on Sept. 15 1820 during the community retreat at Auray. The young Congregation of Brothers of Christian Instruction grows rapidly. Thanks to a transaction by Father Deshayes, Father de la Mennais makes Ploërmel the center of the Congregation in November 1824.

Disciples of founders with fiery zeal, despite a hasty formation and insecure material conditions, the Brothers of Ploërmel bring eagerly to the youg people living in deprived regions the light of the Gospel and the first principles of human knowledge. Full of missionary courage, many of them go across the seas to the West Indies and to Africa, in order to open the hearts of the people to the liberating Word of Christ, the Savior.

Although Jean-Marie de la Mennais feels secure about the continuity of the Institute to which he has devoted himself totally, surrounded by his 852 beloved brothers and his loving Daughters of Providence of St.Brieuc, venerated by a multitude of children and parents, he thinks that he has not done enough yet. “My son, complete my work”, he tells Bro. Cyprien a few days before his death. He dies at Ploërmel on Dec. 26, 1860. 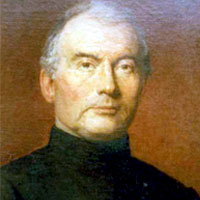 onstantly anxious to be faithful to the intentions of the Founder, the Brothers continue to guarantee in their schools Christian instruction and education to the young people. Started as soon as 1837, the missionary work goes on with the same spirit in Guadeloupe, Martinique, Senegal, the French Guiana, St.Pierre et Miquelon, Tahiti and finally Haiti from 1864 on. Due to some aftereffects of the French politics, the Brothers are expelled from most of these regions, but their apostolic zeal leads them to Canada. 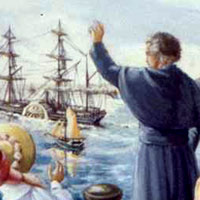 Dissolved in France in 1903, despoiled of her properties, her members having decreased from 2,100 to 1,000 in a few years, the Congregation keeps faith in her destiny, holds steady in her original country thanks to a number of her sons who are but a little sensitive to the discomfort and danger of underground activities. She spreads in Bulgaria, Turkey and Egypt. She has been expanding in Canada since 1886. Later on, she gets a foothold in the United States of America, Spain and Italy.

Without delay, many of these countries send their own children, Brothers of Christian Instruction, to help the existing missions, and in turn, to found new ones in Africa (Uganda, Kenya, Tanzania, the Seychelles Islands, Kenya, Rwanda, Burundi, the Democratic Republic of Congo), in South America (Argentina, Uruguay, Chile, Bolivia), in Asia (Japan, the Philippines) and Alaska (USA). From Spain, brothers leave for Argentina, Uruguay, Chile and Bolivia. Meanwhile French Brothers return to Senegal and the Marquesas Islands and open new missions in Ivory Coast, Togo and Benin. And finally , in 2000, the provinces of Spain and France found together a mission in Indonesia. Since 2006, two Canadian Brothers have been participating in a project AGAPE-FIC in Mexico. Recently, in 2013, the Ugandan Brothers founded a community in South Sudan. It is the last open mission to this day.

This work of evangelization, continued in very different environments, could be realized more easily because the Brothers, from the very beginning and according to the explicit will of Jean-Marie de la Mennais, were set up as a religious Congregation. Parallel to the territorial extension of the Institute, successive General Chapters have complemented its organization, stressing the basic unity of religious life and apostolate. Adapting themselves to the signs of times, Superiors and Brothers have come to understand more clearly that the efficiency of apostolic work depends on a higher level of general culture and a deeper spiritual life, nourished with biblical and theological knowledge, both guaranteed by a solid, initial and ongoing formation.

So the double (religious and apostolic) heritage received from the Founders, officially approved by Rome in 1891 and always kept faithfully, is transmitted to today’s Brothers. 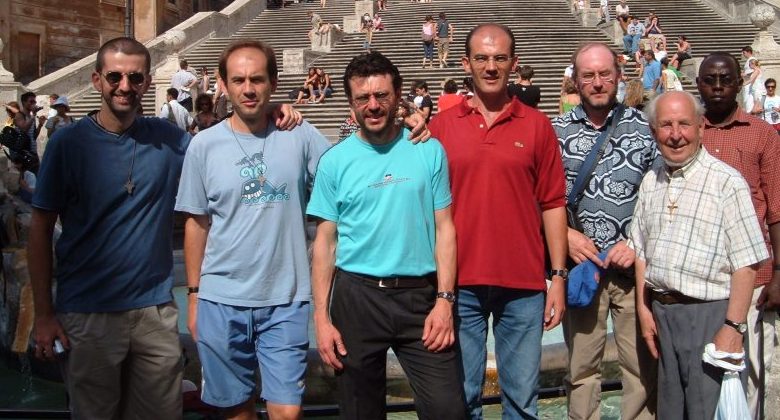 In a continually changing world, they wish to devote themselves generously to the service to the young people, being both attentive to the aspirations of their fellow human beings and constantly referring to Christ who is the supreme rule in their lives.