Bro Hervé Zamor, the Superior general has just announced the appointment of the new Provincial of the Province of St John Baptist. It is Bro Yannick Houssay.

The term of his appointment is of three years, with effect from the 1st July, 2019.

The Bro Superior general thanks the Brothers Louis Séité, Thierry Beauplet and Rémy Harel for the good service rendered to the Province for the last six years.

He also invites the Brothers to pray for Bro Yannick, so that he may fulfill his mission in a spirit of faith and hope and with the insurance of the brotherly support of all. 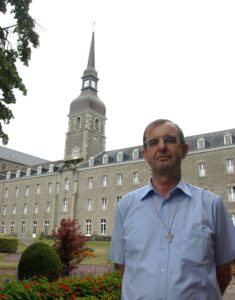 Bro Yannick Houssay, at the Mother House in Ploërmel.

Bro Yannick is not unknown! Superior general from 2006 till 2018, he had already been Brother Superior of the Province St John Baptist from 1995 before being elected Superior general.

Born on 28th February, 1949, in Plélan-le-Grand, Ille-et-Vilaine, France, he entered the Novitiate, in 1969 and made perpetual profession, on 16th October, 1977. His professional career began in 1973 in Bain-de-Bretagne. He then taught one year at the Juniorate of Derval before spending two years of cooperation in Haiti. When he came back, he went back to the Juniorate  of Derval for two years.

When the Provinces of France merged into one Province, in 1995, he became the Provincial of the new Province Saint-John-Baptist. At the head of a Provincial team, he set up the new structures of animation of communities and works at a moment when the collaboration with the Laity was taking more and more importance before the decrease of the lifeblood of the Province and the development of the shared mission.

Bro Yannick Houssay had the opportunity for 12 years to visit communities and educational works of the 26 countries where the Mennaisian Family is active.

On 15th March, 2006, he was elected Superior general of the Congregation. Then, he was re-elected at the General Chapter 2012.

At the end of the general Chapter 2018, after a 12 years mandate, he joins his Province of origin, in the community of Nantes (France). The new Superior general has entrusted him with a mission of supporting the Young Brothers of the Congregation and the formation of the Formators of the Brothers. 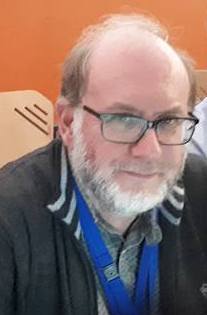 Brother Laurent BOUILLET is named Assistant Provincial of the Province Saint-John-Baptist, for a mandate of 3 years. At the moment, Bro Laurent is teaching at the St Joseph Secondary School of Bain-de-Bretagne and in charge of the movement Faith and Prayer.

Brother James HAYES is named Assistant Provincial of the Province Saint-John-Baptist, for a mandate of 3 years. Bro James is presently a teacher and chaplain at St Francis Xavier College of Liverpool. 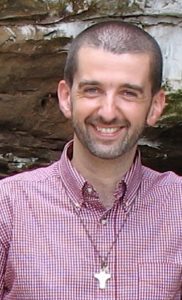