It was composed following elections to which the Brothers proceeded by secret ballot.

The animator of the Chapter is Bro. Gildas PRIGENT, of French origin. This is the third time he is fulfilling such a service. 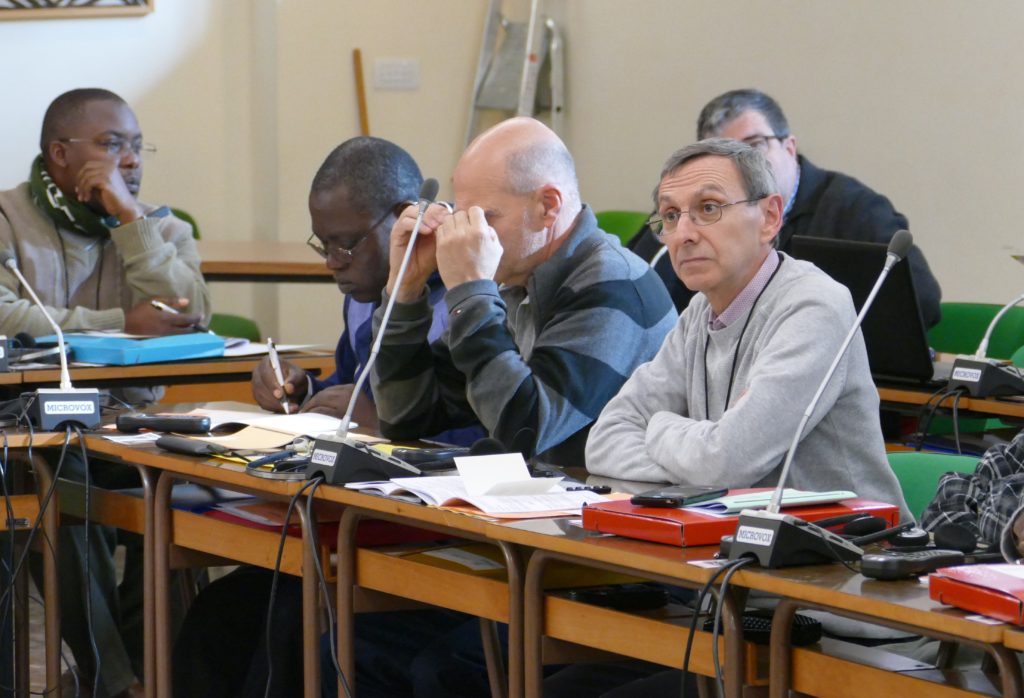 Bro. Gildas PRIGENT, here on the first place, is the animator of the Chapter.

The two moderators are: Bro. Mario HOULE, of Canadian origin, moderator for the second time 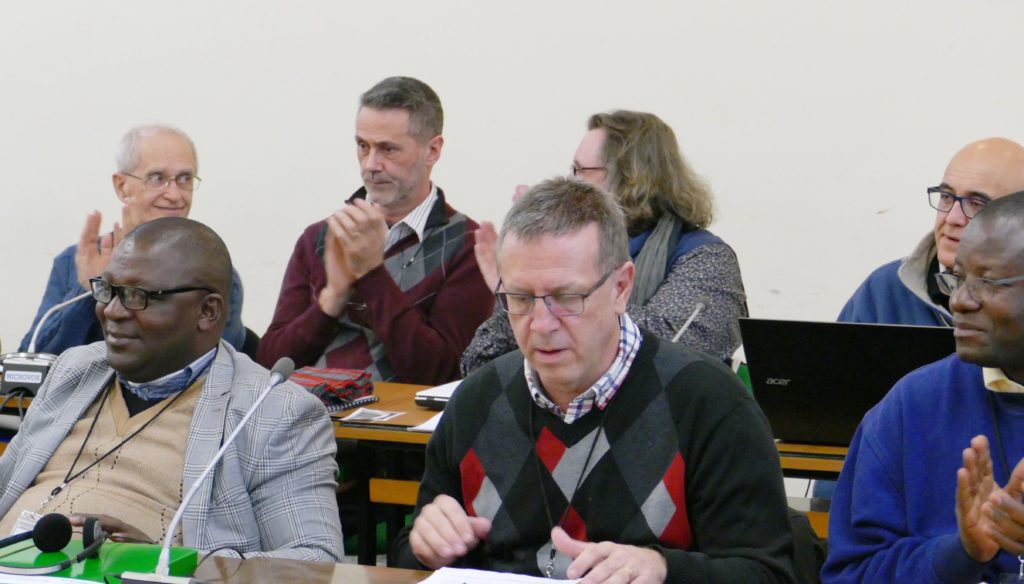 Bro. Mario HOULE, in the middle in second place.

and Bro. Vincent SSEKATE, of Ugandan origin who provides this service for the first time. 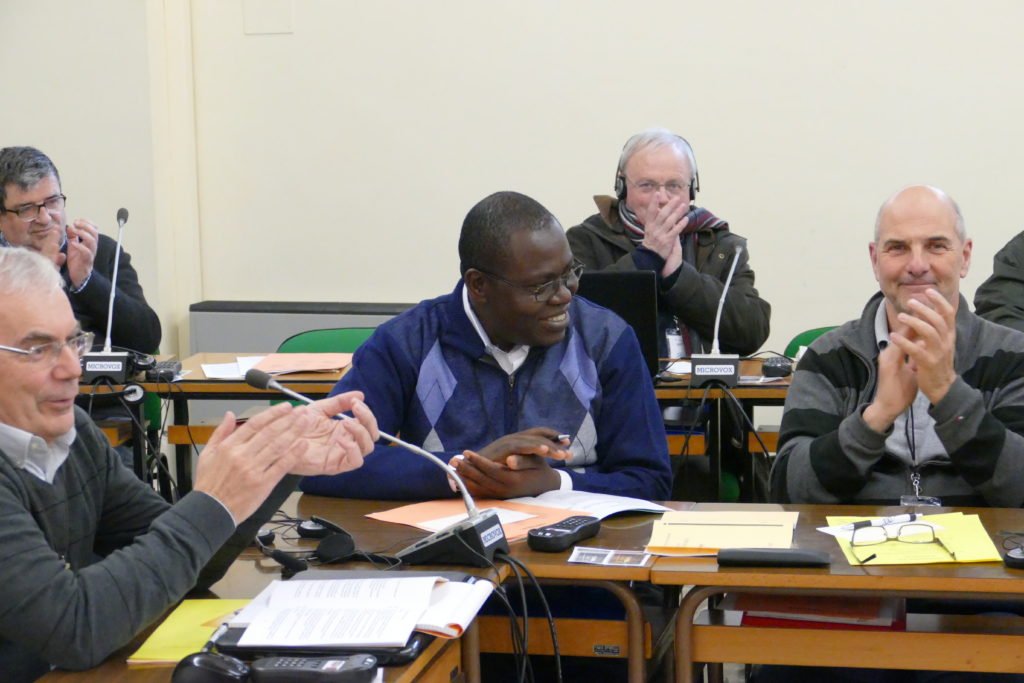 The secretary-elect is: Bro. Hervé ASSE. 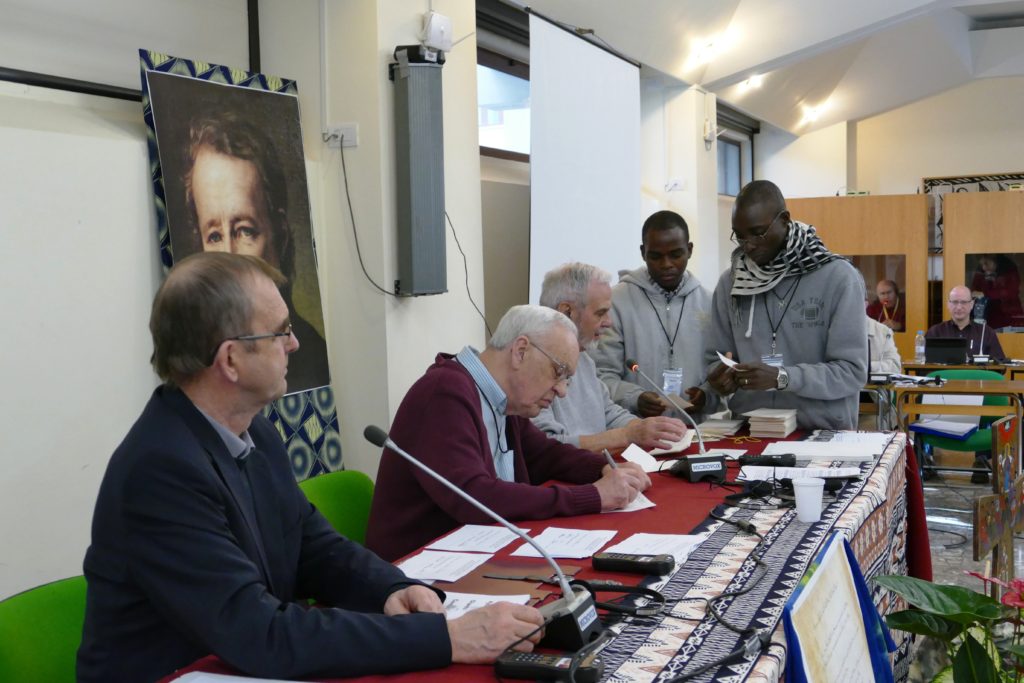 5 Commissions were also constituted according to the languages used: two in French, two in English and one in Spanish.

Here are the elected presidents and secretaries:

The members of the central commission will meet for the first time this Sunday evening.