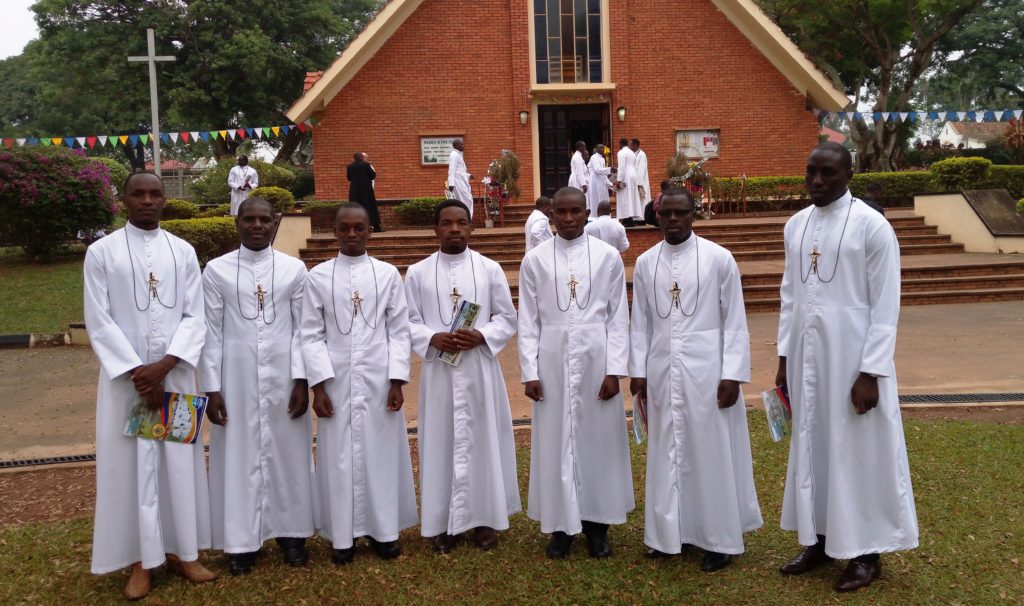 The ceremonies of taking the first vows, the entry into the Novitiate, the renewal of Religious vows and Jubilee Celebrations were held on the 31st December 2017 and on the 1st and 2nd January 2018 at Kisubi and in Rome.

The Brothers from Uganda, Tanzania, Rwanda and South Sudan have lived intensely these moments of religious commitment during the celebrations in the presence of their Superiors.

Eleven young men: 7 Ugandans, 2 Rwandese, 1 Tanzanian, and 1 from South Sudan entered into the Novitiate at Kasasa. 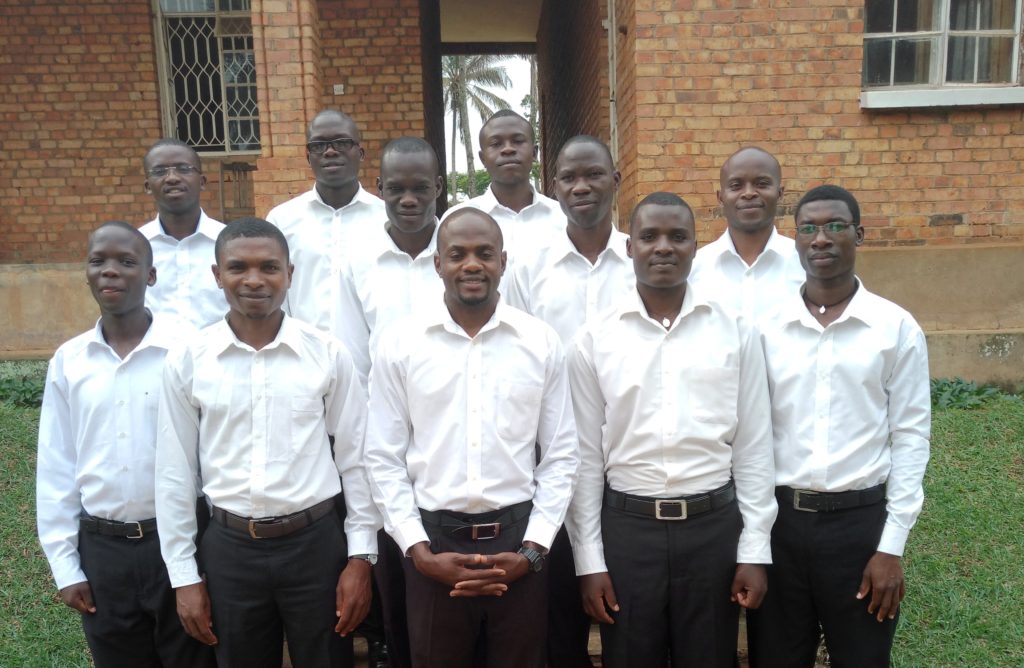 11 Novices entered at the Novitiate of Kasasa.

The 3 Brothers who celebrated their jubilees : from left to right :Bros Claude LE ROUX, Michael Butolwa and Vincent Kirangwa.

At Casa Generalizia, in Rome, Bro. Yannick Houssay, received the renewal of the vows of Brothers Geoffrey Yiga and Delefino Muhindo. 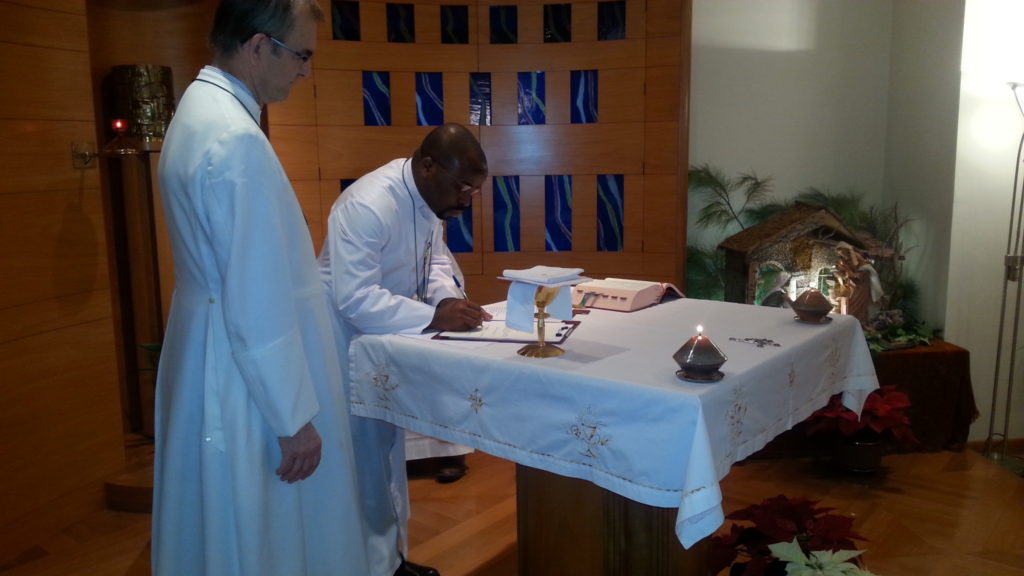 At Casa Generalizia, renewal of the vows of Brothers Geoffrey Yiga and Delefino Muhindo with Bro Yannick Houssay. 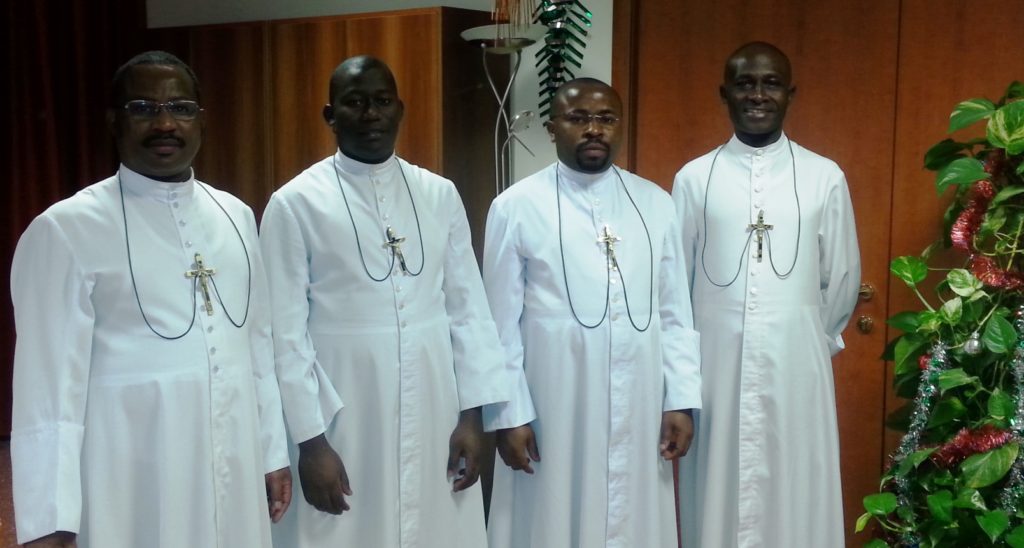