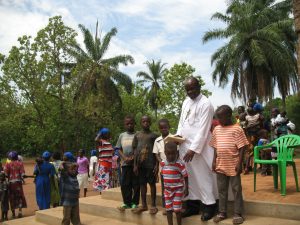 Bro Achileo of the community of Rimenze, with some children

Insecurity has been everywhere for many weeks in South Sudan. The Brothers of the community of Rimenze, have been recently attacked several times. The news has just been received on the 1st  of November. 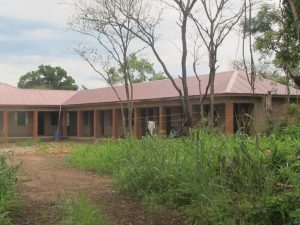 The Brothers built a community house and classrooms.

Bro Rogers, Assistant Provincial, gives us the news he received from Bros Achileo and Ronald, present there :

“Yesterday,  we  received  the  bad  news  that  our  mission in Rimenze was attacked several times and property was looted  by  the  rebels.  They  also  took  money  from  Bro. Achilles at gun point! The government forces engaged the rebels in a fierce battle and according to Bro. Achilles death is  all  over  the  place.

The  Brothers  (Achilles  &  Ronald)and their domestic helpers managed to escape under fire to the Bishop’s place. They are safe BUT Bro. Achilles has already decided  to  send  Bro.  Ronald  back  to  Uganda  as  the  security  over  there  is  very precarious. 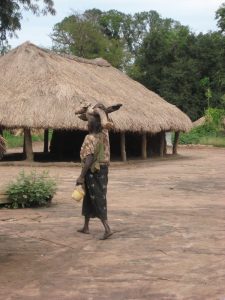 The population is facing a context of violence.

The Brothers are in the South Sudan since July, 2013. It is the most recent foundation of the Congregation, managed  by the Brothers of the Saint Teresa of the Child Jesus Province of Uganda. The construction of a new Community House was realised and the opening of a new school was envisaged until disorders and violence began to destabilise the region. Already, last Summer, Msgr. Barani Kussala, the Bishop of Tombura-Yambio, had been alerted on the great difficulties and the violence undergone following the operations led by rebels.

Bro Yannick HOUSSAY, Superior general of the Congregation asks everybody to unite in the prayer to support this new mission.