Celebration with the teaching staff of the international school St. Mary’s, in Tokyo.

“To live together between young people and educators of various countries of the educational values carried by the Mennaisian spirit “. Bro James Hayes – chaplain and teacher at saint François Xavier’s College of Liverpool presents here the narrative of what their team has just lived during these last weeks in Japan and in Indonesia. Discoveries.

After some anterior trips to Africa, we organized a Project trip to Indonesia (9 days) and Japan (4 days), linked to the Educational Project of the Mennaisian Brothers.

This trip happened during the Easter holidays, with 12 students, among them, Harry Brown and James Yeoman and a former student now in his mid-twenties, Andy Rowan.

Their objectives included the following:

During our 4 days in Japan, we stayed at the Brothers’ community running St. Mary’s International School, Tokyo, where communication is done in the English language. We visited classes in both the primary and secondary sections of the school, leading song and dance activities with the younger children and taking part in discussions with the older students, using  presentations on life at SFX and life in Liverpool (presented by Harry and James) as starting points for discussion. Two of the Brothers: Bro. Michel Jutras (Canada) and Bro. Deogratias (Uganda), both of whom have worked in St. Mary’s for many years and speak fluent Japanese, took us out on a couple of half-day trips around Tokyo, exploring the varied cultural and scientific aspects of life there. 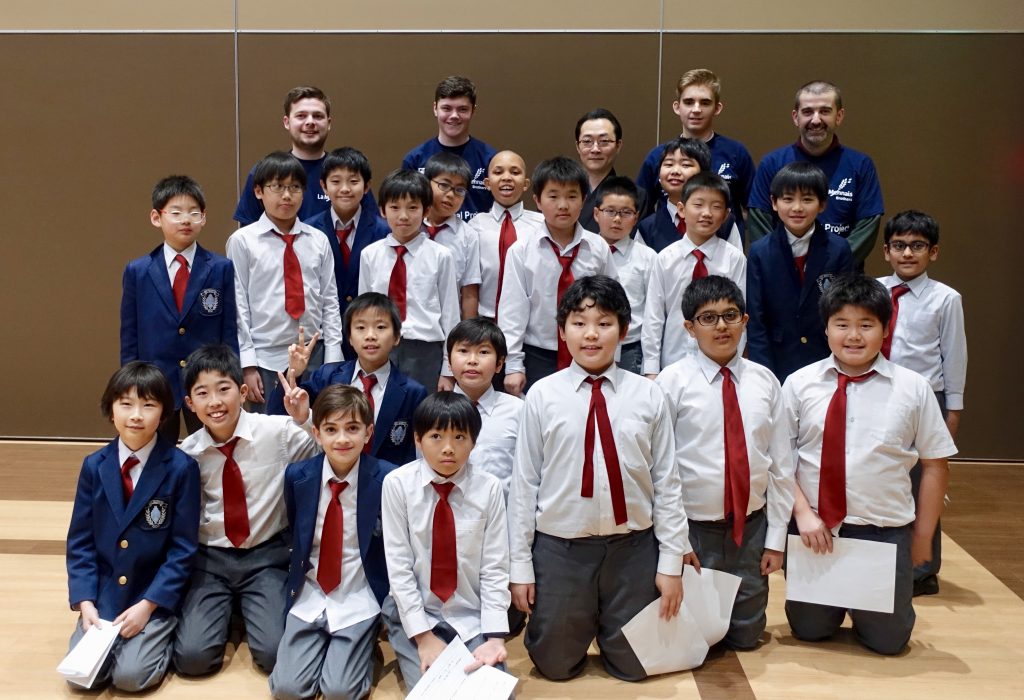 Our group lived meetings and animations in classes of the international school of St. Mary’s, à Tokyo.

Following our connecting flights from Tokyo (via Kuala Lumpur and Bali) to Maumere, on the island of Flores, Indonesia, the group was met by Bro. Philippe Blot, Head Teacher of the Brothers’ primary school in Larantuka, Flores. He accompanied us on the 4-hour minibus/taxi ride from Maumere to Larantuka on the far western coast of Flores. The drive took us through breath-taking scenery across an island dominated (as are most of the Indonesian islands) by looming extinct volcanoes that provide the spine of the island. Both the mountains themselves and the narrow strips of coastline around them are covered with lush greenery. As soon as you venture off the beaten track up the slopes you apparently find yourself in deep jungle very quickly (we kept away from the jungle due to its myriad array of exotic and dangerous creatures, including many creepy and slithery crawlies that we preferred not to encounter!).

Our stay in Larantuka began by sharing in the Easter Triduum celebrations and a Holy Saturday morning spent in a local orphanage having fun and games with the children there. By Easter Monday we were in full swing: educational and recreational morning activities for children from the local parish or the Brothers’ primary school, afternoon sport/recreation with the Brothers in Larantuka and the 8 young men aged between 18 and 25 yrs. (known as “aspirants”) who are living with the Brothers for a two-year residency to try out a possible vocation to be a Brother, and evening activities that included taking English language classes for young adults/university students. 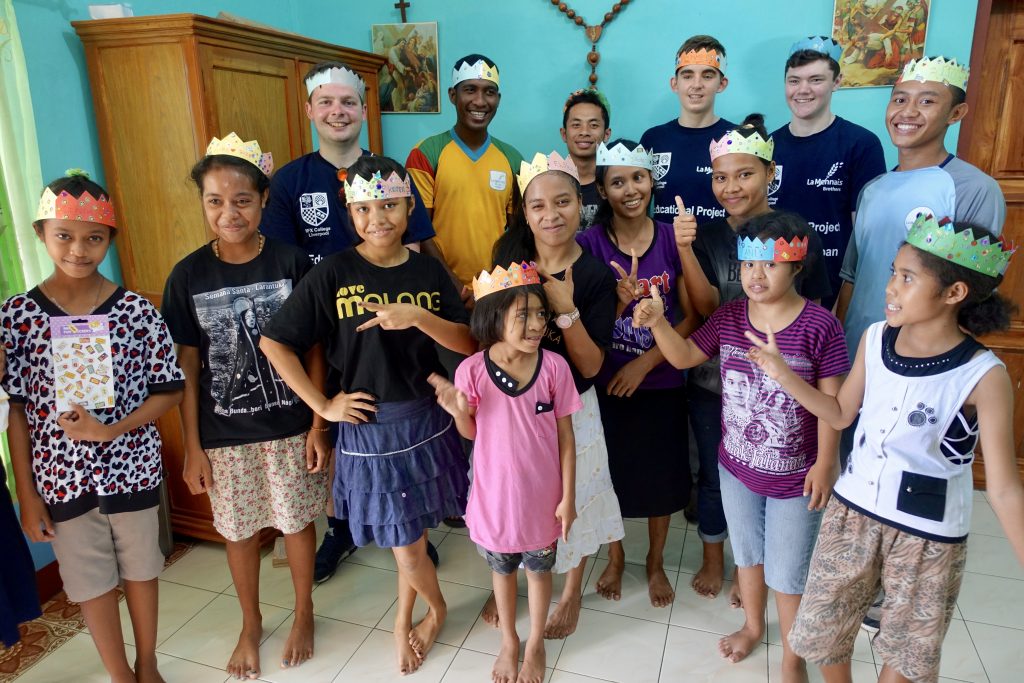 Educational activities with the children of SDK La Mennais Primary school in Larantuka and with the four members of SFX of  Liverpool. 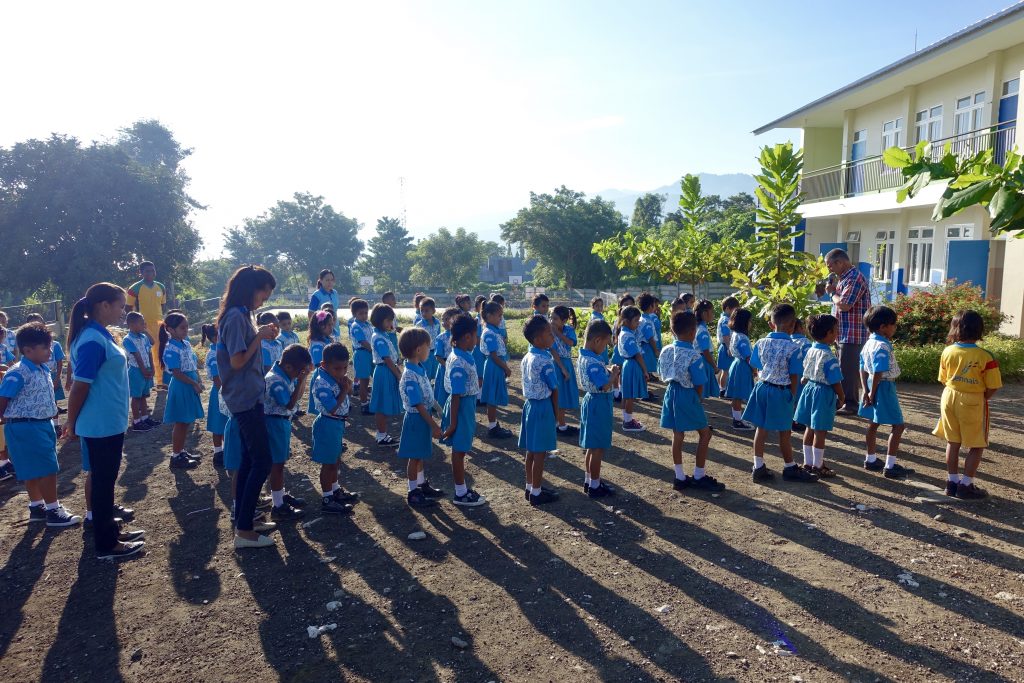 We received a wonderful welcome everywhere we went, but it was particularly rewarding for our young adults to spend time with the 8 young Indonesian men (and the Brothers who accompanied them – from France, Spain and Indonesia itself). Many strong bonds of friendship were forged that have led to extensive social media communication between us all since the beginning of our return trip and which has continued since our arrival back in Liverpool.