A huge page has just ended in the history of the Brothers in the United States and Canada. After having founded and then ensured the development of Walsh University in Canton, USA, for 60 years, due to lack of human resources, the Brothers leave the campus with serenity, pride and confidence. It has been official since July 15 and the decision is welcomed in a mixture of sadness and recognition. Explanation and analysis by Bro Mario Houle, Provincial –Jean de la Mennais Province: Canada-USA-Mexico.

« On July 15, we just confirmed to Walsh University officials,” says Mario Houle, “that the Brothers, after 60 years of dynamic and fruitful presence, are leaving the La Mennais Hall campus and residence in North Canton, Ohio. Several events and needs that have occurred over the past year have gradually led us to this difficult but necessary decision. »

Five years ago, a new mission had been entrusted by the Province Jean de la Mennais to the community of Walsh: to be a Mennaisian and international community, a place of mission and vocations ministry. This community was made up of Brothers from the USA, Canada, Uganda or other African countries depending on the circumstances, by forging bonds and developing a spirit of Mennaisian Family on site. 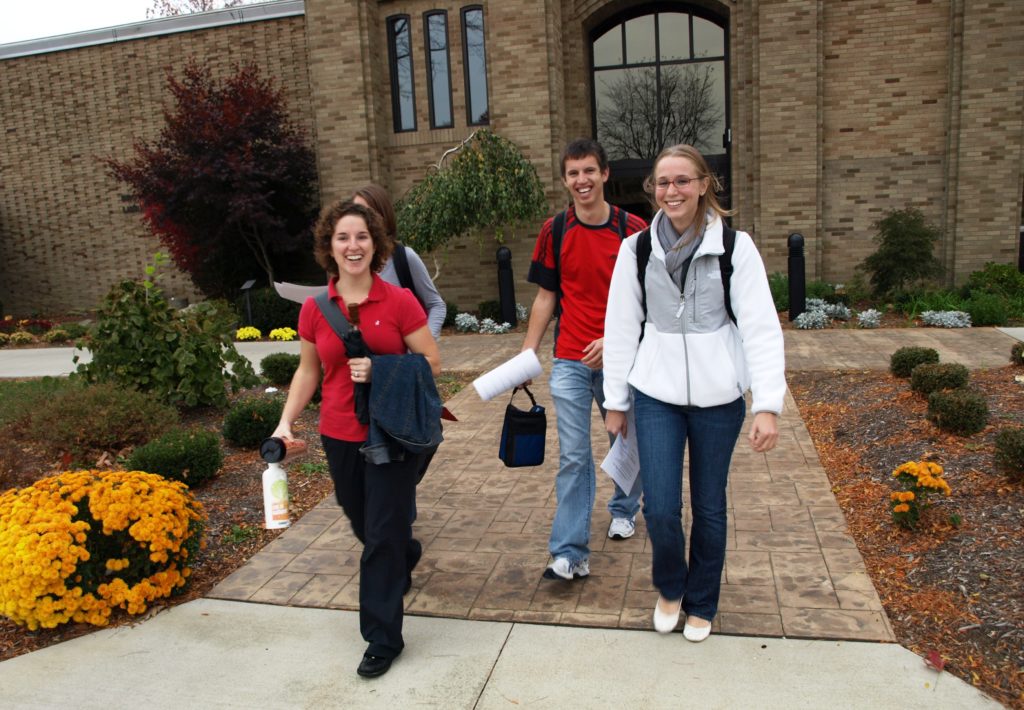 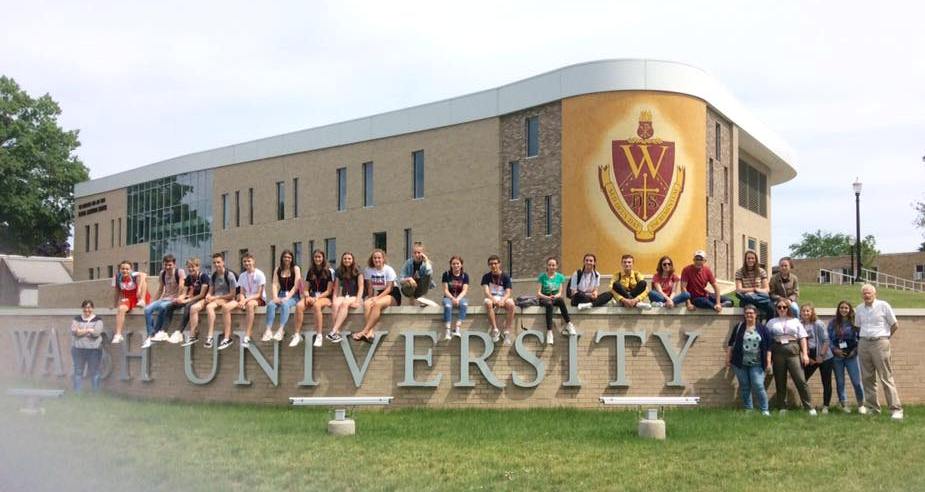 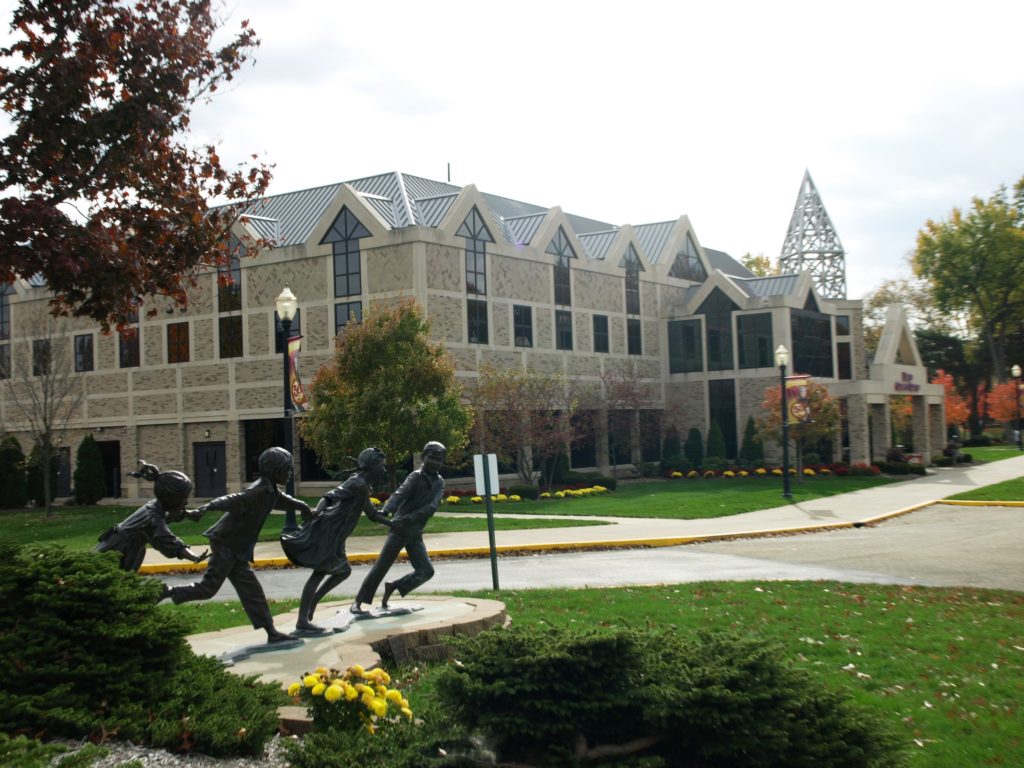 In recent months, growing difficulties for non-US Brothers to study on campus, the need to ensure new development and momentum for Walsh with the strong presence of a community, the conditions associated with the health crisis are all elements in decision-making. However, the human resources available are lacking to ensure Walsh a stable community.

« This direction was taken after a process of discernment, continues Bro Mario. We decided to move faster than expected due to the circumstances of COVID-19 Pandemic and to allow Walsh authorities to move quickly for the future. » 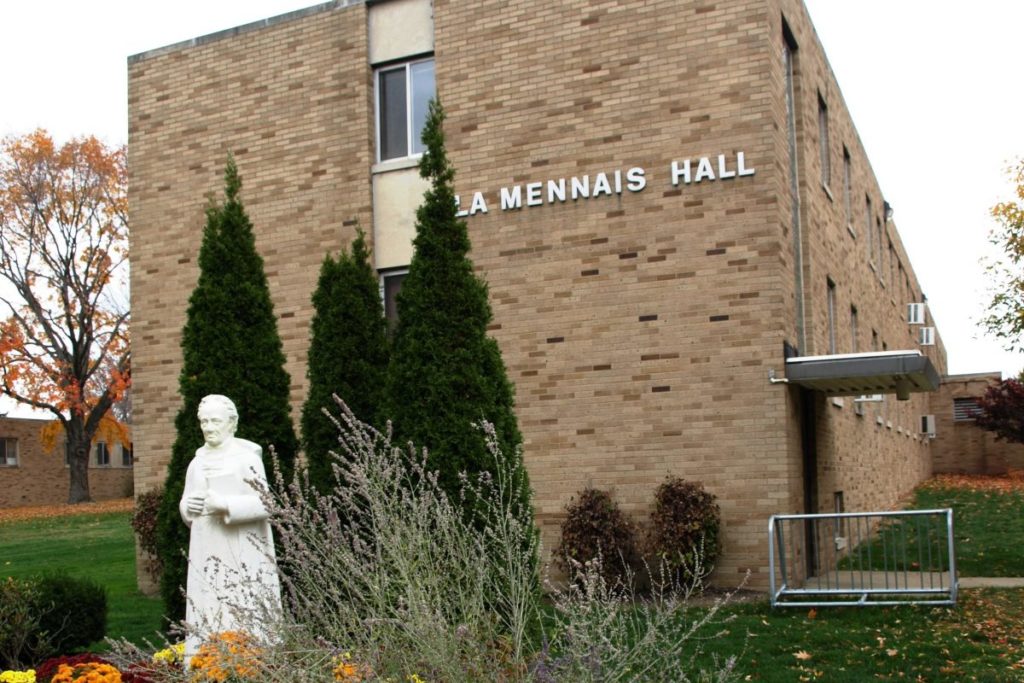 La Mennais Hall, building where the Brothers had their residence on campus to this day. 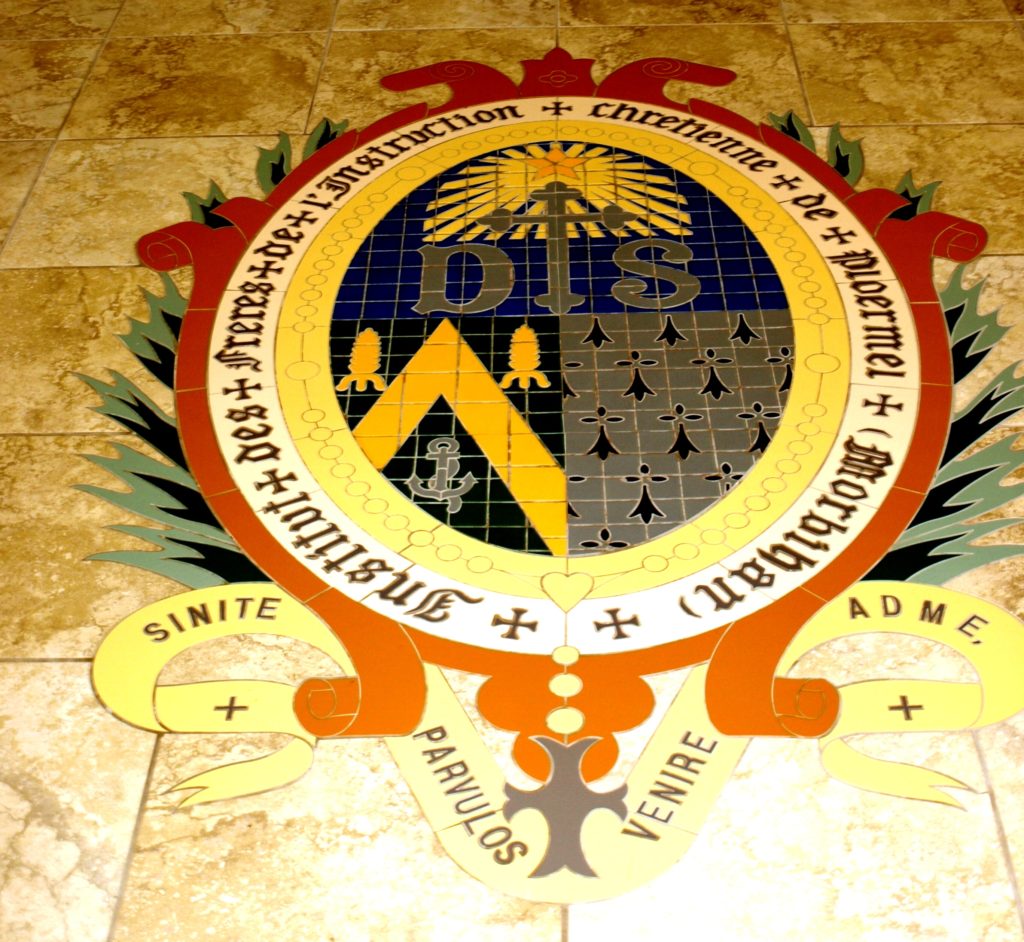 The coat of arms of the congregation on the floor of the campus chapel. 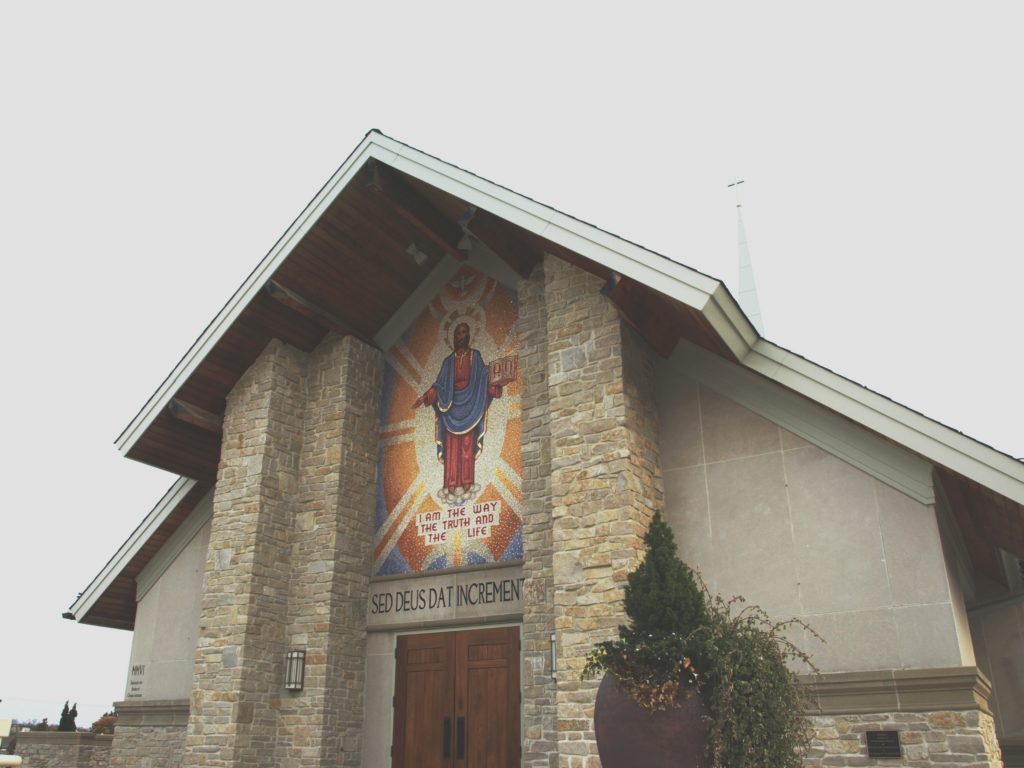 The Chapel of Our Lady of Perpetual Help at Walsh University 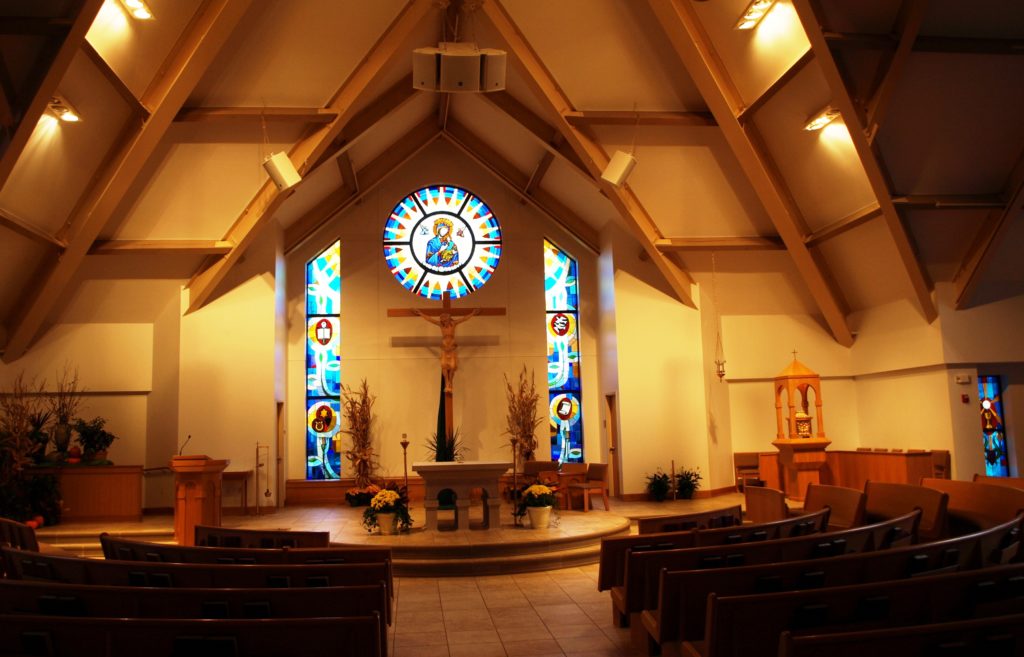 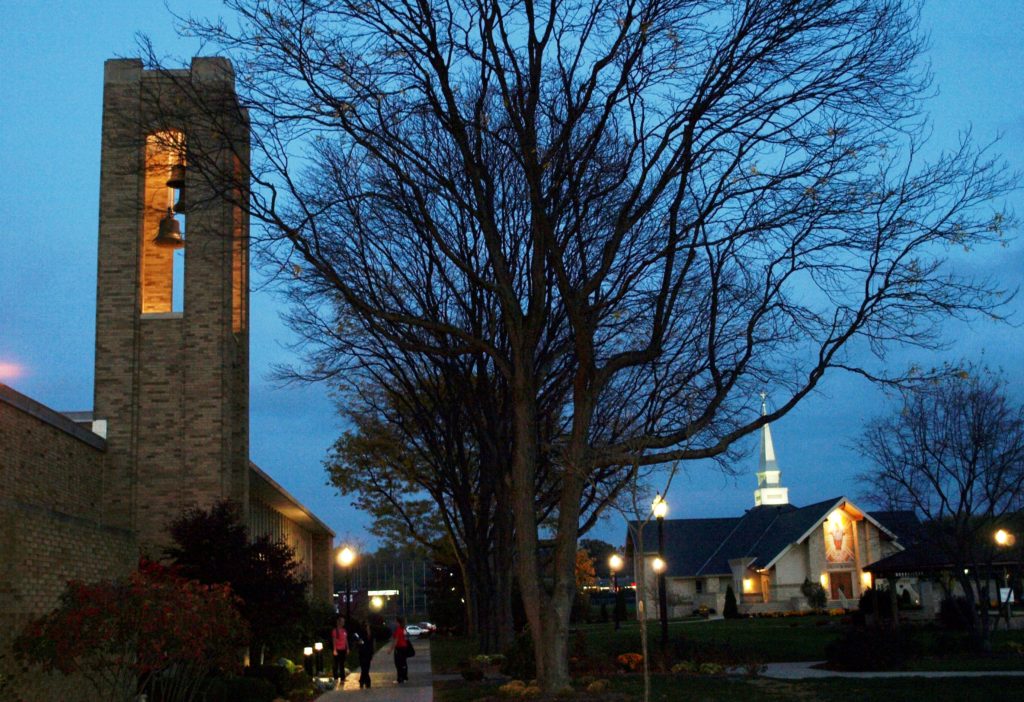 « Because we love Walsh deeply, we choose to acknowledge this reality and withdraw, says Bro Mario. With serenity and pride in what has been accomplished; and with confidence in the future, we leave our place so that as soon as possible, another religious Congregation or a dynamic diocesan team can play this essential role for the sustainability of the institution. » 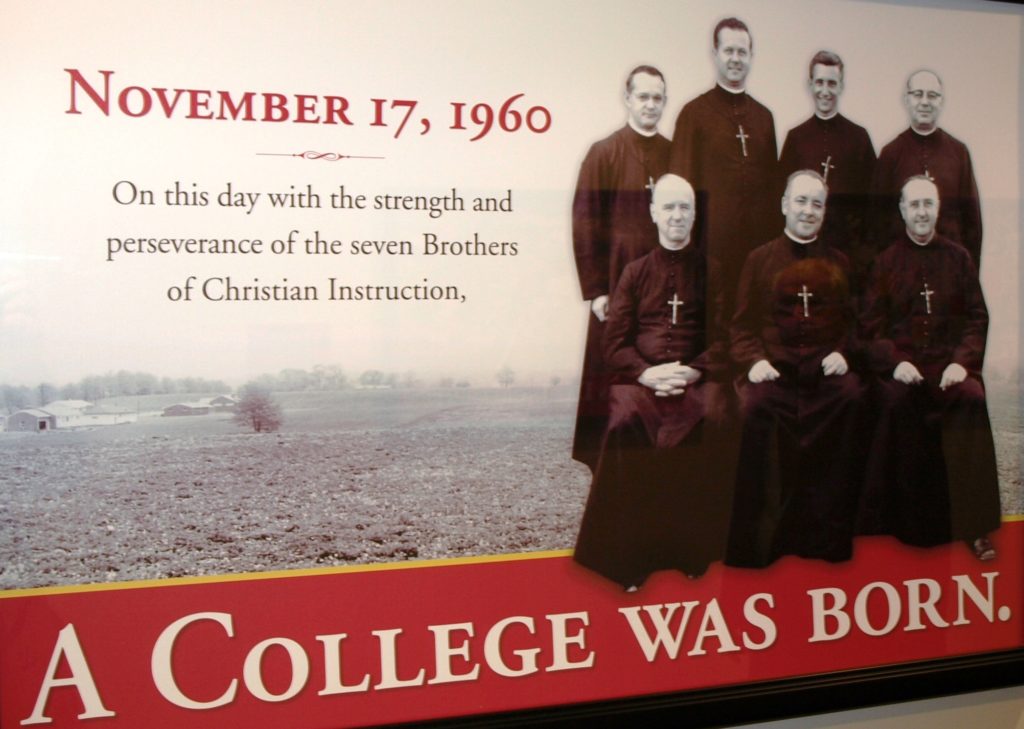 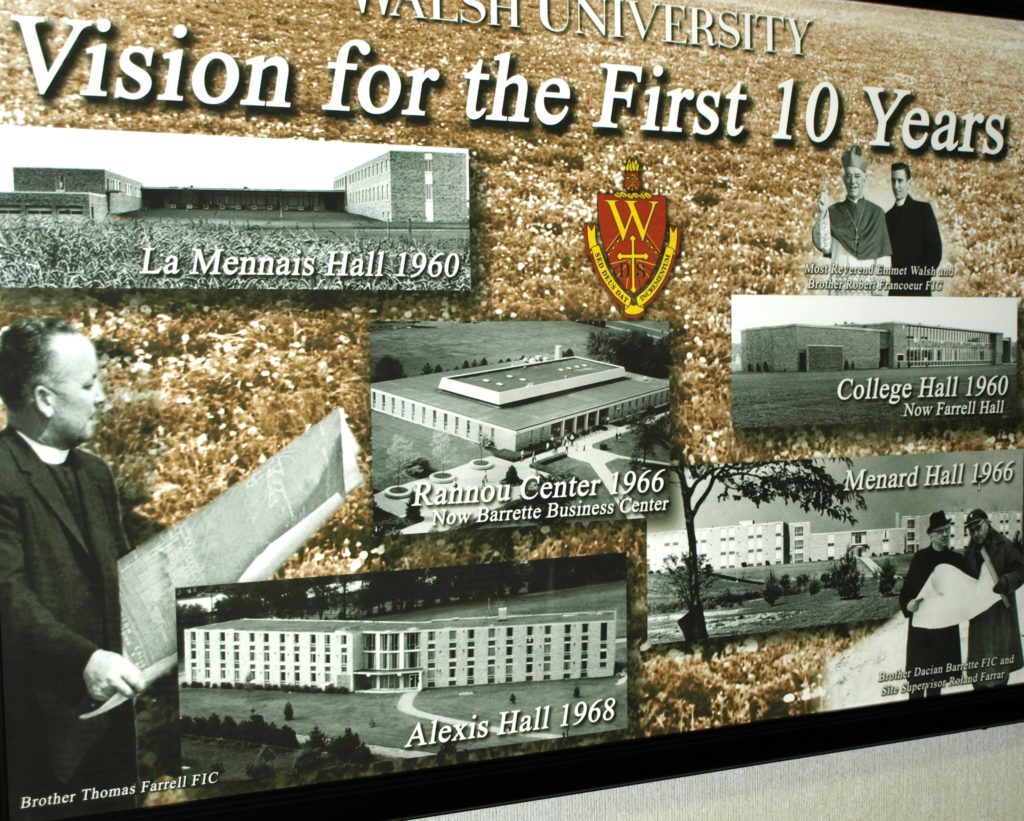 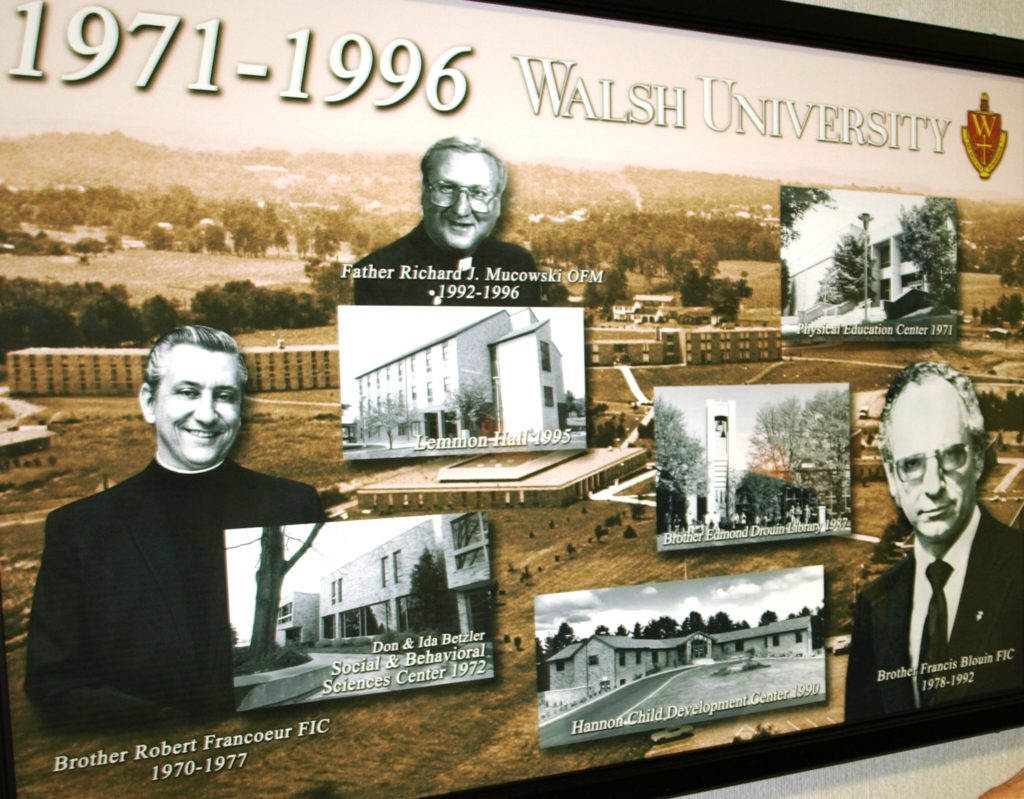 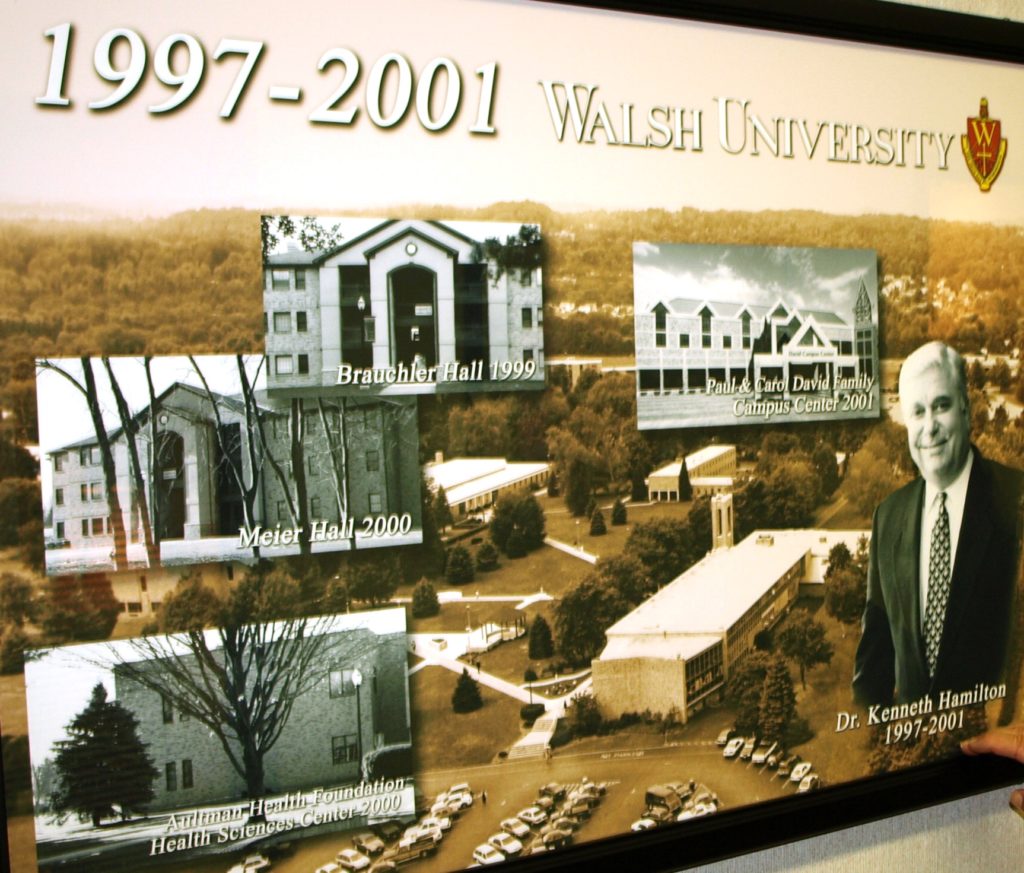 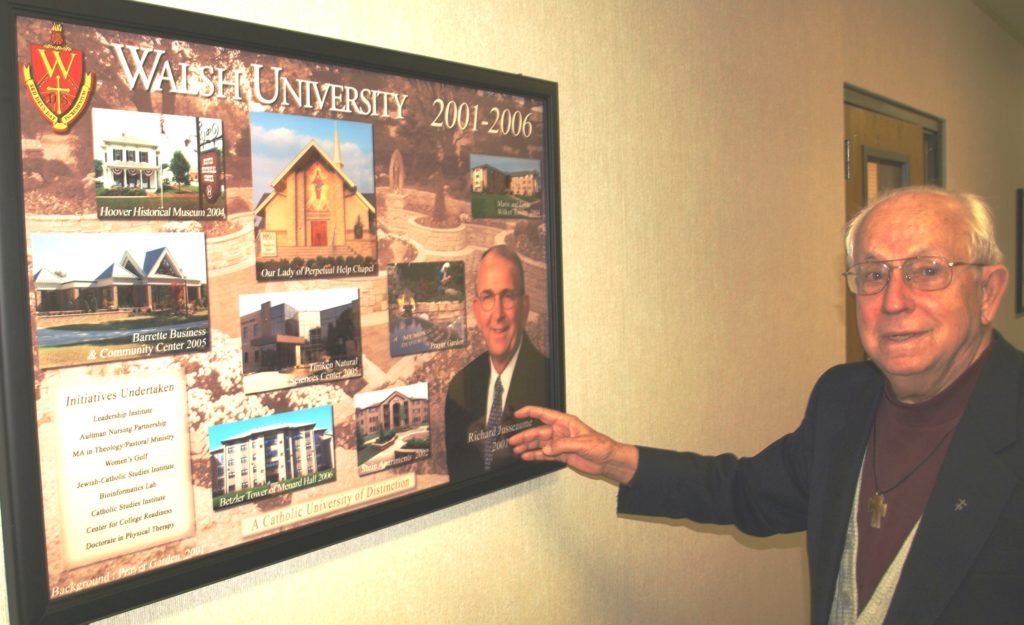 2001-2010. Here Bro Marcel Sylvestre shows the evolution of the campus.

The announcement to the members of the Board of Directors of Walsh University was greeted with a mixture of sadness and immense gratitude for all that the Brothers have brought to generations of “service leaders,” knowing that the motto of Walsh University, since the beginning of the work in 1960, is «Sed Deus Dat Incrementum»: «But it is God who gives growth».

Since 1960, more than 45 Brothers have been present on campus. 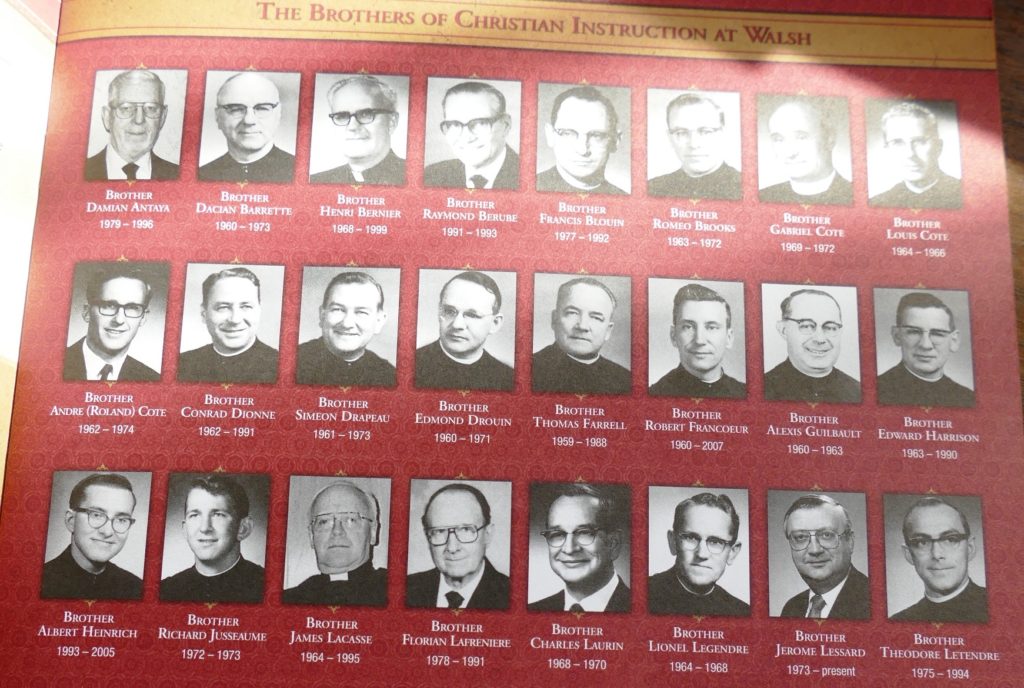 Bro Mario thanked each of the 5 Brothers of the last community of the campus and wished them well for the future: 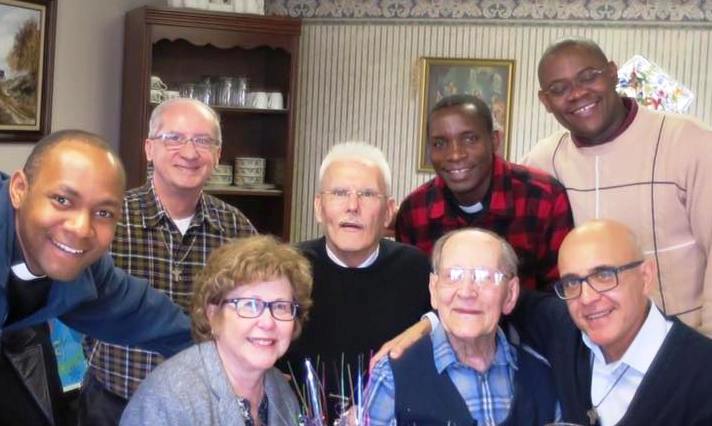 – Bro Chrysostom Ahimbisiwe is monitoring the reopening of the Ugandan borders to complete his Master in Counseling and Human Development.

– Bro Guillermo Dávila, despite COVID, was able to return to his home country of Uruguay, where he visited community and family before joining his mission in Huatusco, Mexico.

‘And finally, Bro Ernest Pâquet, magnificent in his 95 years, will continue to sow energy and joy at home at the Bethany Nursing Home in Canton, USA.

The President of Walsh University, Dr. Timothy Collins, produced a video for Walsh staff and students to explain this new situation. 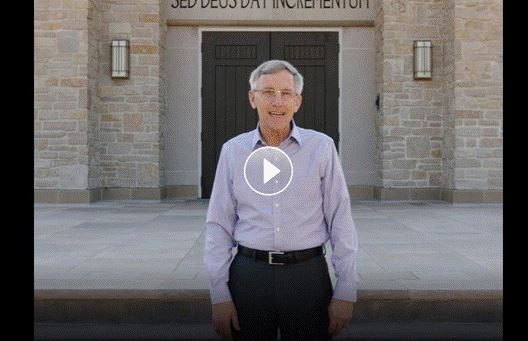 It is 2,700 students from 35 countries and 40 states, 300 professors and staff, 27 buildings, a campus of several hectares. The University bears this name in memory of Bishop Walsh who had helped the Brothers to create this foundation in 1960. Training courses are offered on campus in Education, Health, Economics-Management, Human and Social Sciences while numerous sports, cultural and spiritual proposals are also offered. 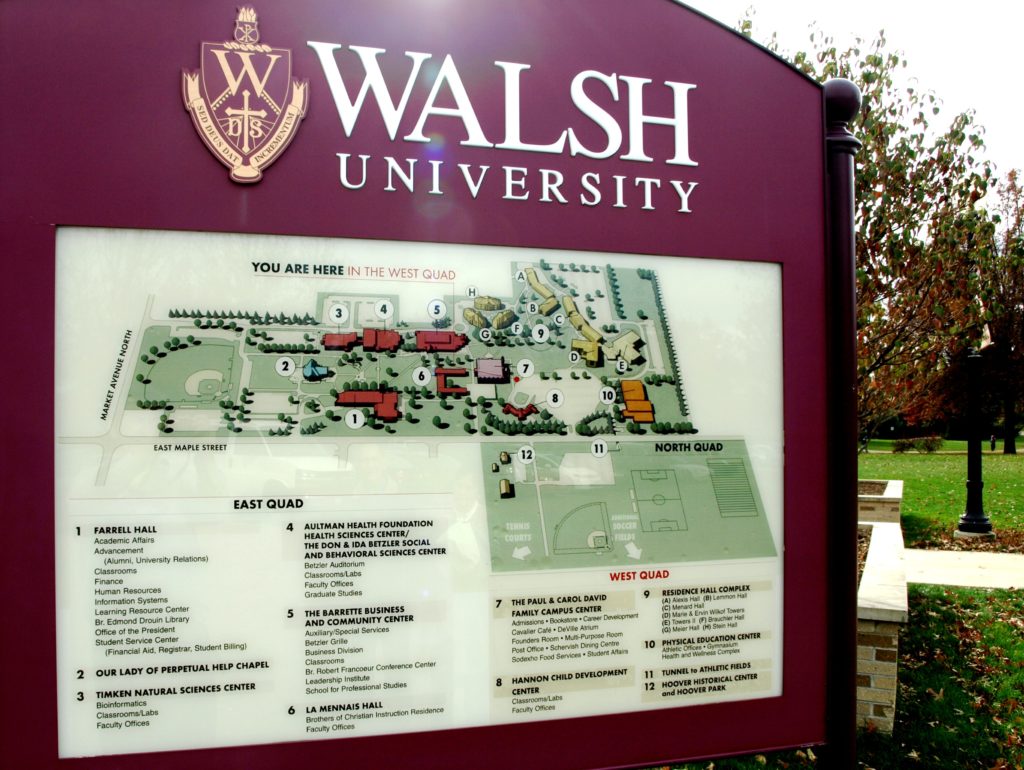 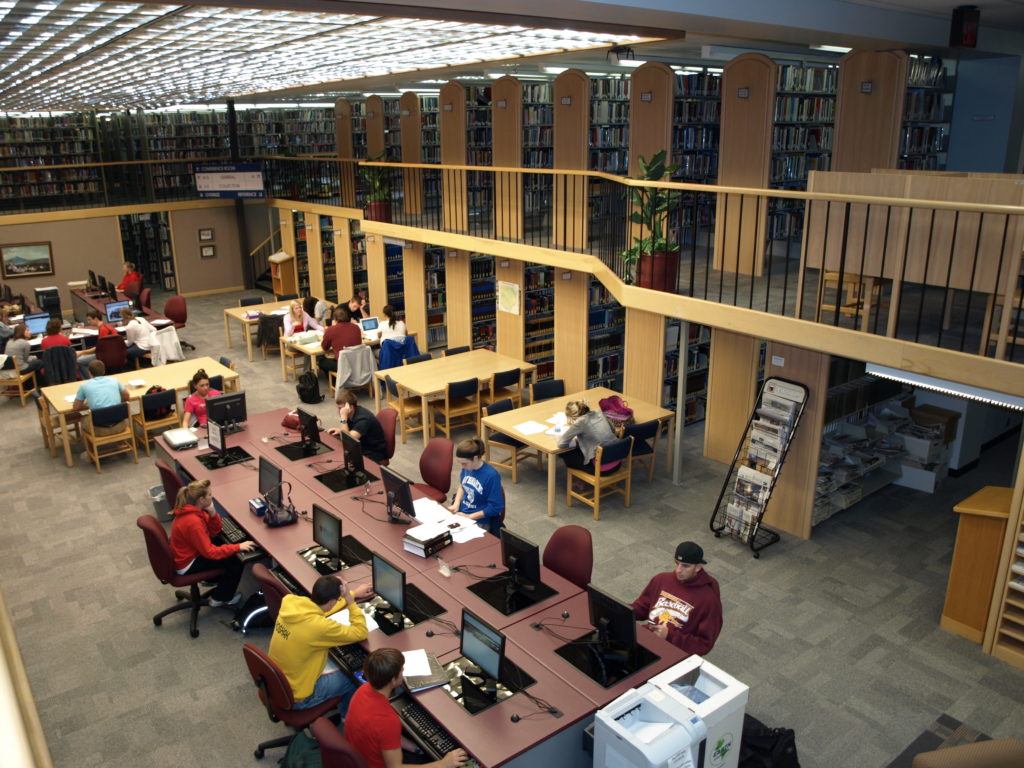 « The Brothers will never really leave the Walsh Campus….I was privileged to have experienced their influence and their enormous dedication to both the University and to the students, faculty and staff. They say we leave a little bit of ourselves behind in the places we work and the people we meet but the Brothers saturated us all in their spirit. They were the most caring, stable, positive group of men I have ever met and provided the foundation for everything that Walsh University has become….. »

« You have had an impact on our lives»

« With a heavy heart the Brothers will be leaving Walsh University in a few days. We like to thank all the people who became part of the fabric of our lives for the past 60 years. You have impacted our lives more than you ever imagined. Thank you so much! Our prayers are with President Tim Collins, Administrators, faculty, staff and especially the students for a successful future as you continue to live out the Brothers mission during these challenging and historic times. »