This Autumn, the community of the Casa in Rome is profoundly modified. At present the difficulties of travel, due to the health crisis, hinder the departures and arrivals of the Brothers, but the horizon is becoming clearer.

The confreres of Uganda – Bros Leonard BYANKYA and Felix MWESIGYE will return to their Province after respectively 20 years, and 6 years of service to the reception and translations. Brothers Delefino MUHINDO and Geoffrey YIGA have just completed their BAC in theology, after 3 years in Rome. They too return to Uganda.

Delayed for a long time, due to the closure of Entebbe airport, the departure seems possible around mid-October.

After 14 years, Brother Pierre BERTHE, in turn or sometimes at the same time, as Procurator, Secretary General and Superior of the community, passed the torch to Brother Claude GREGOIRE, new Procurator General and Assistant Archivist.

As for Brother Wilfried FARA, he already left in July for the Scholasticate in Abidjan, after a year of preparation for his  Doctorate.

So that makes 6 Brothers of the community leaving, out of 12. 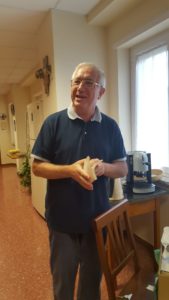 And here are the new ones: the community already welcomes other members.

Bro Mario FORINO has already been at the Casa for several months and continues to watch over the property of Castel Gandolfo pending the completion of the sale. 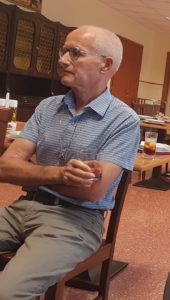 A new student, Bro Victor SAMBIANI will soon arrive from Togo to begin a first cycle of studies. Finally, as soon as possible, Bro Eugene MWESIGYE will arrive from Uganda. 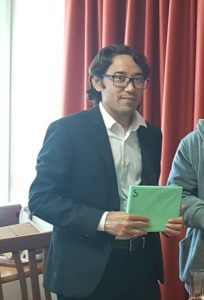 Other departures from the Casa took place: Sorhab, our «ospite» for 2 years, will continue his studies in another residence close to us. His presence was for the community, an opening to the world of refugees seeking asylum in Europe. He was the fifth refugee welcomed at the Casa.

The whole community of Casa wanted to mark these departures on Sunday, October 4, and thank these 6 «confreres» for their presence and service throughout these last years.

Also in the personnel members 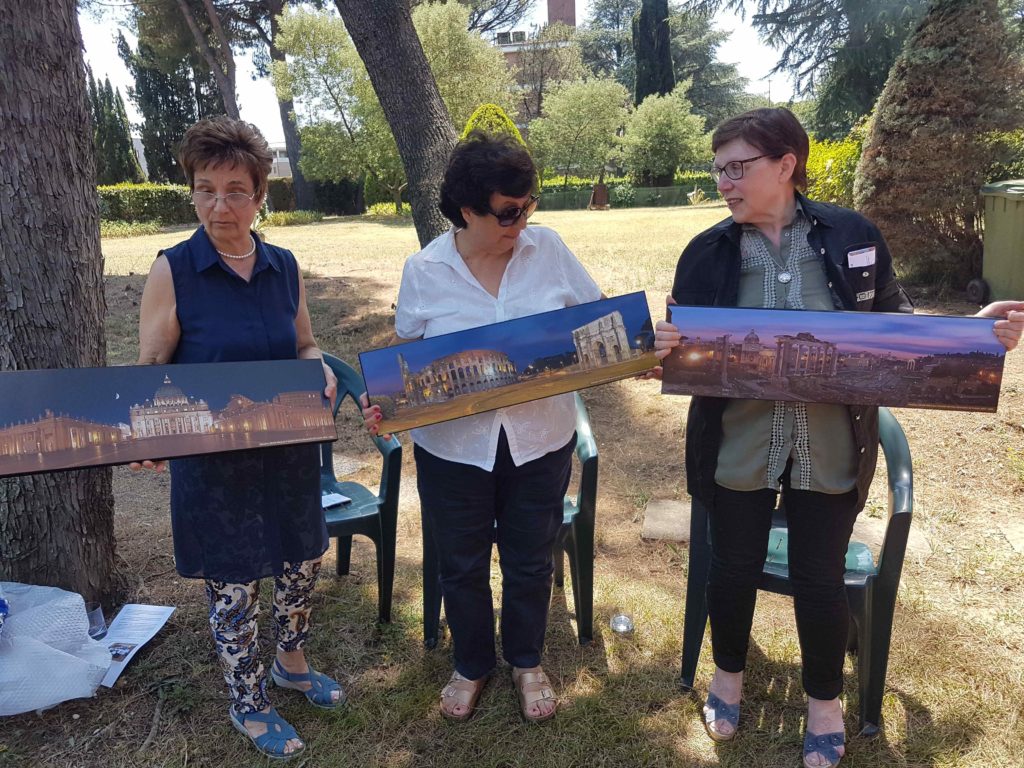 From left to right : Giovanna, Gabriella et Anselma with their present of farewell...

The «new» face of the Casa would not be complete if we did not mention the departure last June of our three ladies of service, Giovanna, Anselma and Gabriella that many Brothers passing through the Casa were able to meet. Respectively, 21 years, 17 years and 13 years of service at the Casa! The Brothers owe them a lot. Last June, in the park, the entire community paid tribute to them. Two new faces, Angela and Erminia, will now welcome you to Casa!