Rejoice, shout with joy! To this refrain we now add «Witness to hope», this year’s theme for the Congregation! It is under this banner that Brothers and Lay people of St. John the Baptist Province took part in their annual Province Day, which included the presentation of the theme of the year, on Sunday, August 28th  in Ploërmel. 16 Brothers celebrated their jubilees together with the assembly and their families, and a presentation highlighted key changes in the life of the Province for the coming year. Here is a summary:

Set a course for hope! 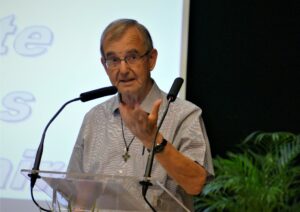 “Hope is first and foremost a person, Christ,” stressed Bro Yannick Houssay in his speech. The more we spend with him, the more we can live in hope. The person of Christ attracts us. Hope is also a small piece of heaven, a light. And it is yet another invitation to persevere.” 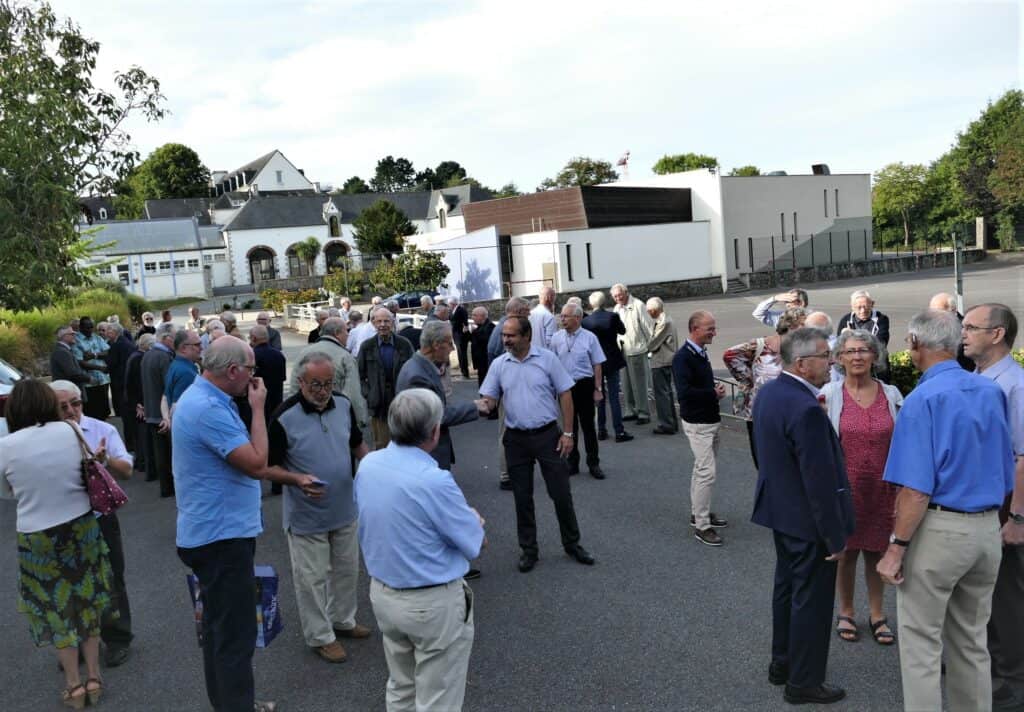 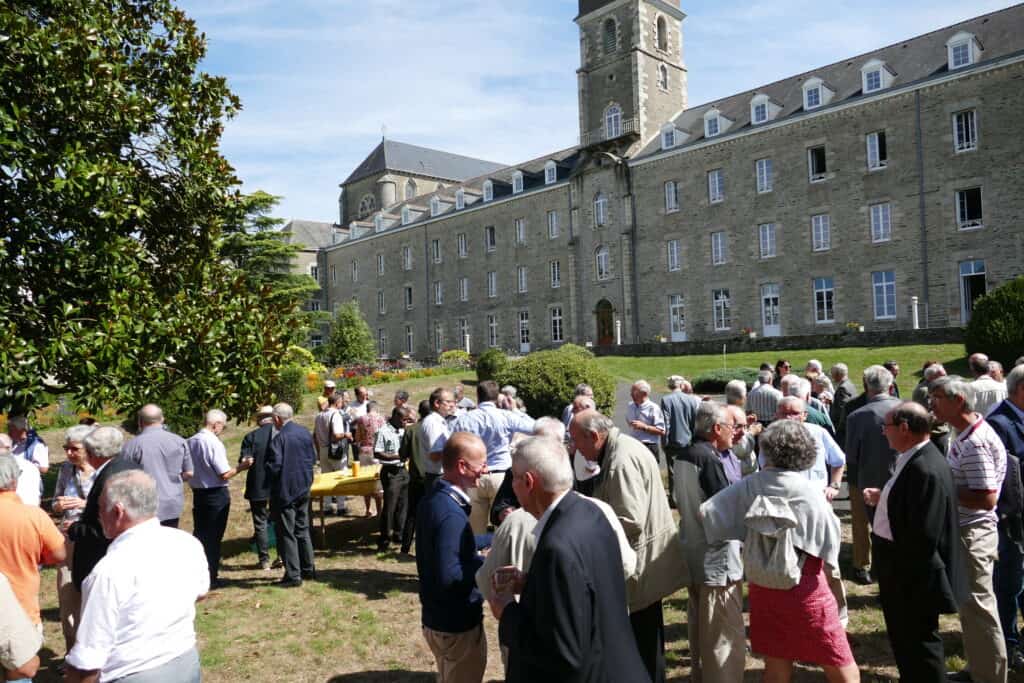 “To meet at the Mother house is to be welcomed into the Family home and to share reasons to hope,” commented Bro Pierrick Busson, Assistant Provincial and Director of the Mother House. Once again, the community and the staff of the Mother House have worked hard to ensure the smooth running of this day: assembly, meals, celebration, maintenance of the property…

“You will receive strength when the Spirit comes upon you”. Bro Michel Guyomarc’h invited us to meditate on this theme with the help of the Word of God and the hymn : “A man with a haeart of fire”

“Hope is lived and transmitted.

It dwells within us.

It is what drives us forward

It’s about focusing on the positive

The team of Trustees who run our French educational network gathered the thoughts of numerous Head Teachers, staff and young people on this theme to help launch the year using the following video which can be presented in schools.

Congregation. Three perpetual professions, Bro. Blasius in Indonesia on August 2nd  (cf. article on the Website) and those of Bros. Mamerto and Israel, on September 8th  in the Philippines, represent the current life of the Congregation, according to Bro Jean-Paul Peuzé, 1st Brother Assistant. Elsewhere, more specifically in Italy, change is afoot. In addition to the sale of the property of Castel Gandolfo, the school of Sant’Ivo has been closed since last June. The 4 Italian Brothers now form a separate community within the premises of the Casa. 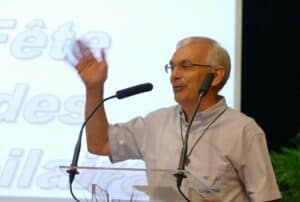 Bro. Jean-Paul Peuzé spoke of the 3 perpetual professions that had recently taken place. 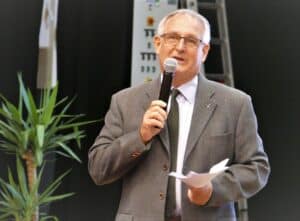 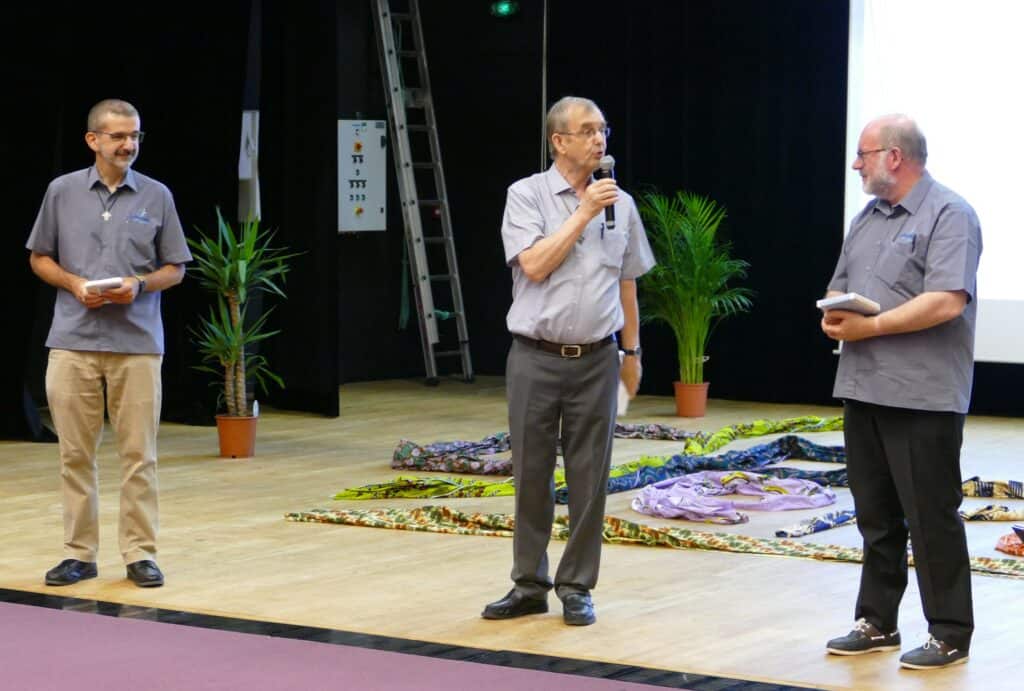 Bros James Hayes and Laurent Bouillet were thanked on behalf of all by Brother Provincial.

Bros Laurent Bouillet and James Hayes were thanked for their service as Assistants Provincial for the past three years. The members of the Provincial Council will henceforth be even more involved in the animation of the Province. 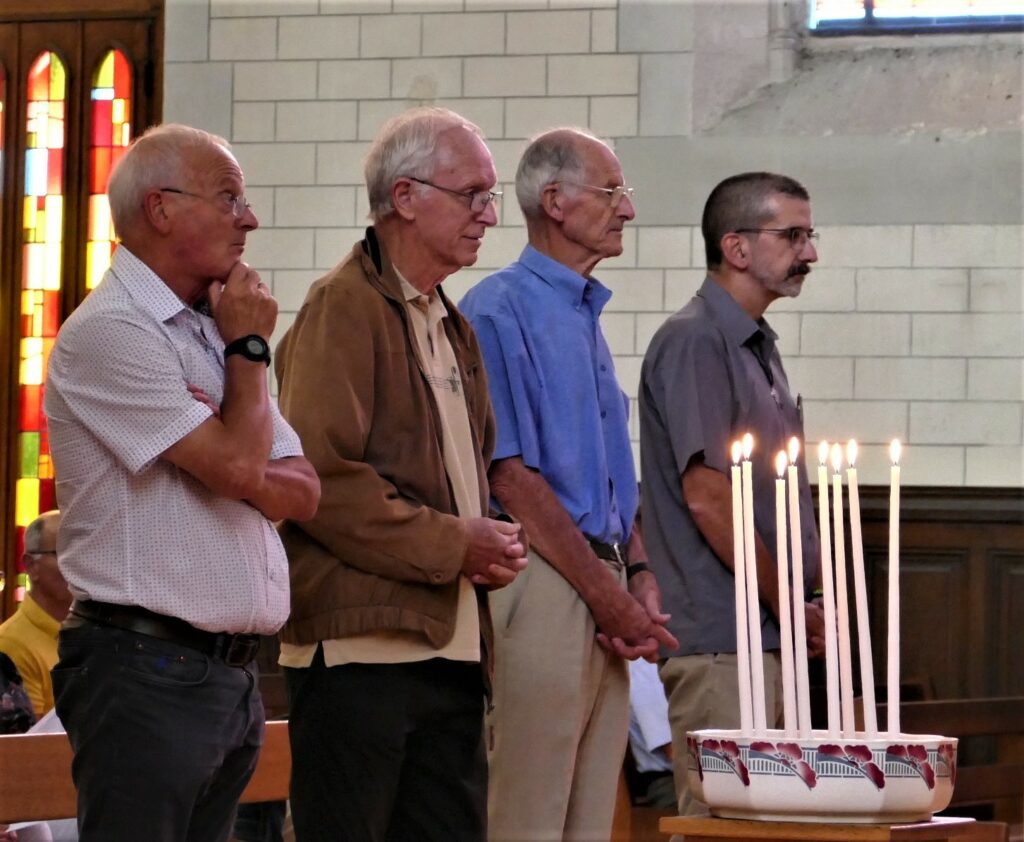 Community Superiors. 4 Brothers have also begun a new mission as Community Superiors in the service of their fellow Brothers: Bro Denis Chamaret in Josselin, Bro James Hayes in Châteaulin, Bro Louis Séité in Saint-Brieuc and Bro André Cadoret in Paris.

The other 13 Community Superiors are continuing in this role. 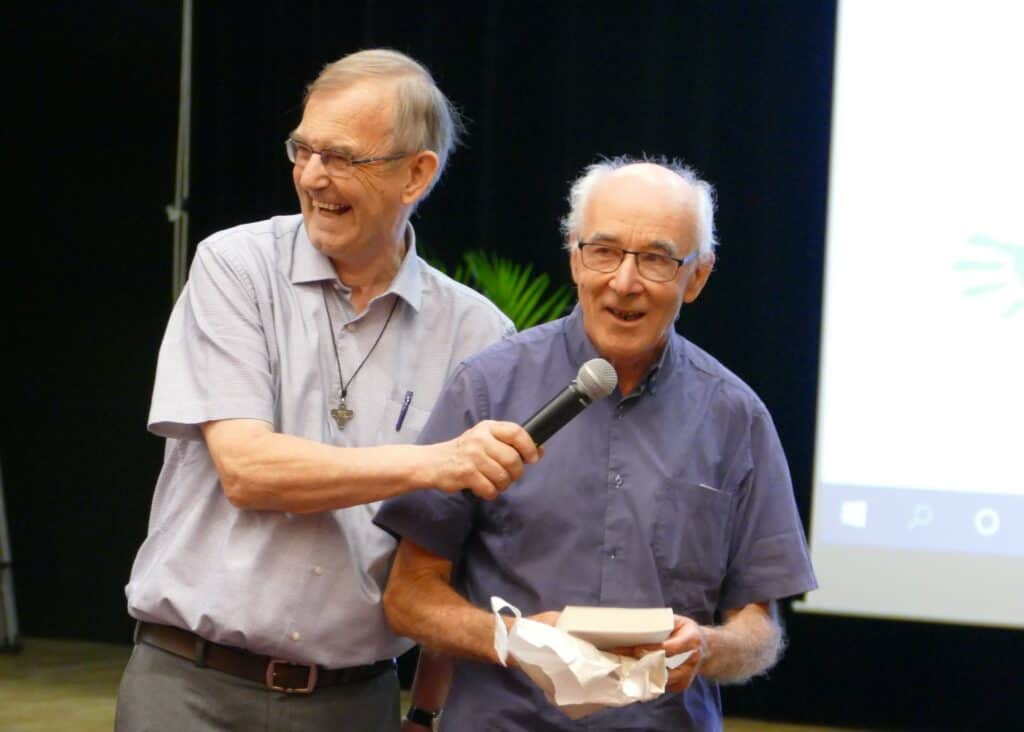 Bro Gabriel Rivière receiving a book on “Black holes”. “We are going to try not to fall into them!” said Bro Gabriel.

The Bursar’s Office also saw the departure of Didier Manzi, the arrival of Bro. Gérard Férey and the return of Sophie Péron. The assigning of responsibilities is in progress. 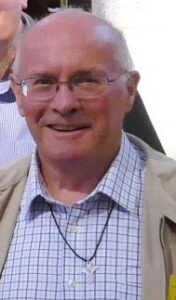 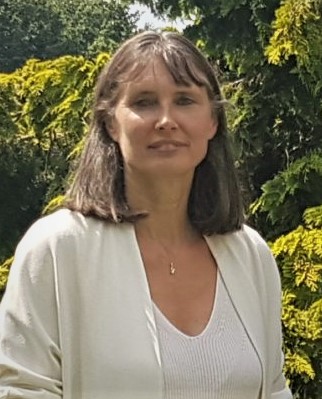 Trustees. News: Ronan Petton has been appointed Trustee Assistant to the Provincial. 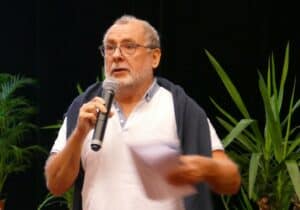 There is continuity in the 8 person Board of Trustees. In addition to the main Board of Trustees, there is now an expanded Board which includes other personnel.  The sub-committees that bring together Head Teachers, Deputy Heads and various other staff will continue the work they begun many months ago.

The new staff of the Network will be invited to welcome days this year in 5 different regional locations and also via video links. A training seminar on the theme of «Fragility and brotherhood» is already planned for the 24th and 25th October is already planned for Head Teachers, Deputies and site managers. Another new initiative is a special day for Deputy Heads on March 22nd.

La Mennais Jeunesse and Estival. A celebration of the 20th anniversary of Estival on April 1st, 2023 has been announced by its President, François Péron.

People will be invited to imagine what Estival will be like in 10 or 20 years, to express their dreams, desires and needs for the organisation: https://www.facebook.com/asso.estival.fr/
Educational centres continue to develop in Pénestin, Landerneau, Nantes, Derval and now also in Saint-Urbain (the Créac ‘h Balbé Centre). Many of them are in the process of strengthening their resources and activities following the last two years of disruption due to Covid. 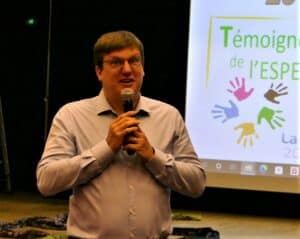 François Péron has announced the date of April 1st for the 20th anniversary of Estival (summer camp activities).

And a group of young adults and Brothers are preparing to participate in the World Youth Day festival in late July/early August 2023 in Lisbon, Portugal, together with our Mennaisian friends in Spain.

Student lodgings in Rennes and Nantes. Accommodation is offered to students through projects shared and monitored by the communities of Rennes and Nantes. This involves various joint activities: meetings, activities, times of prayer and the development of relationships. The projects are renewed each year through the arrival of new students. 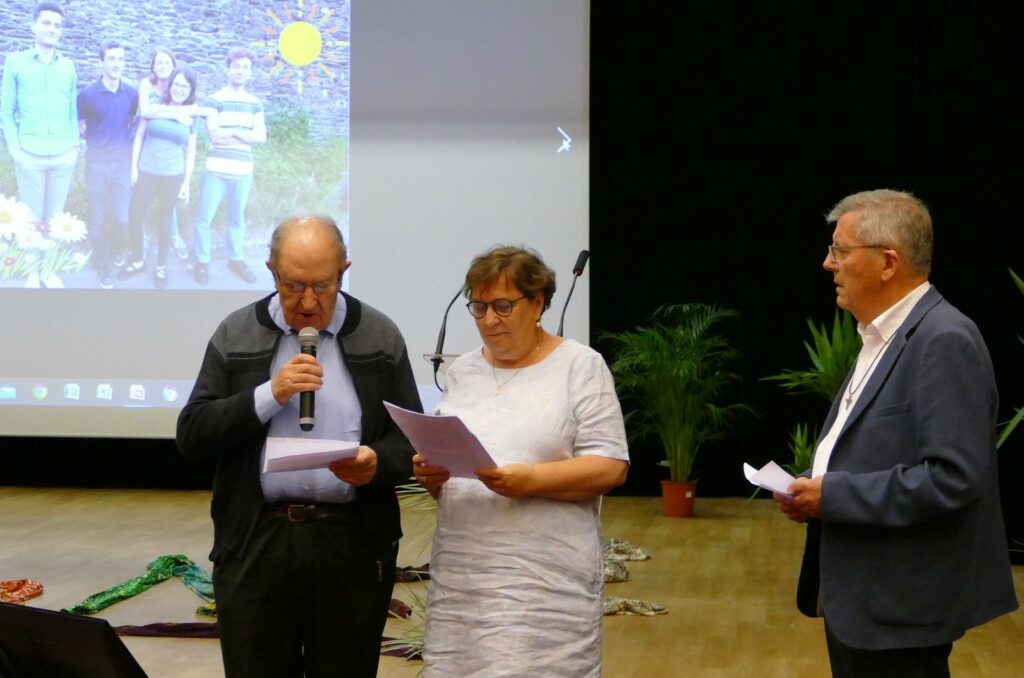 Gathered together in support of our 16 Jubilarians! 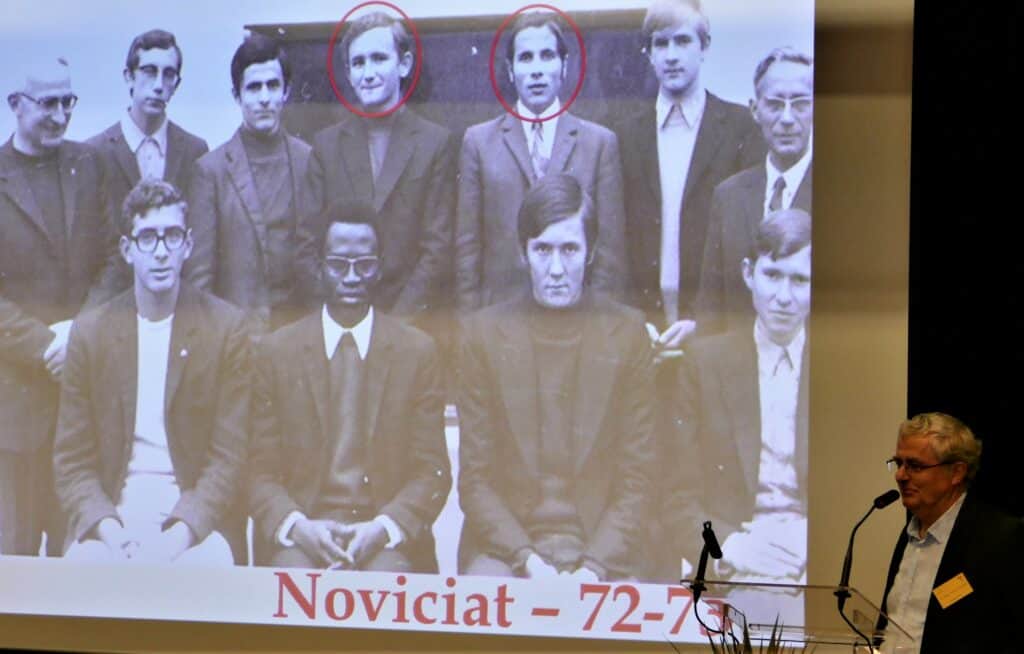 The families of the three Jubilarians celebrating their 50 years of religious life gathered with the Brothers Bernard Le MENE, Henri-Marie BESNARD and Bernard BOURIGAULT. 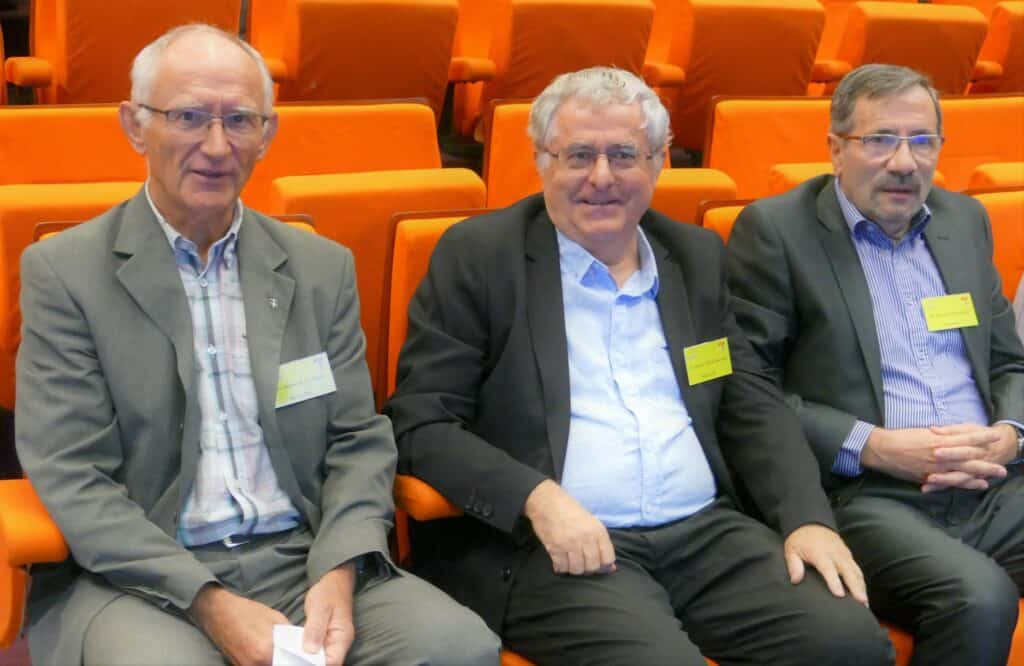 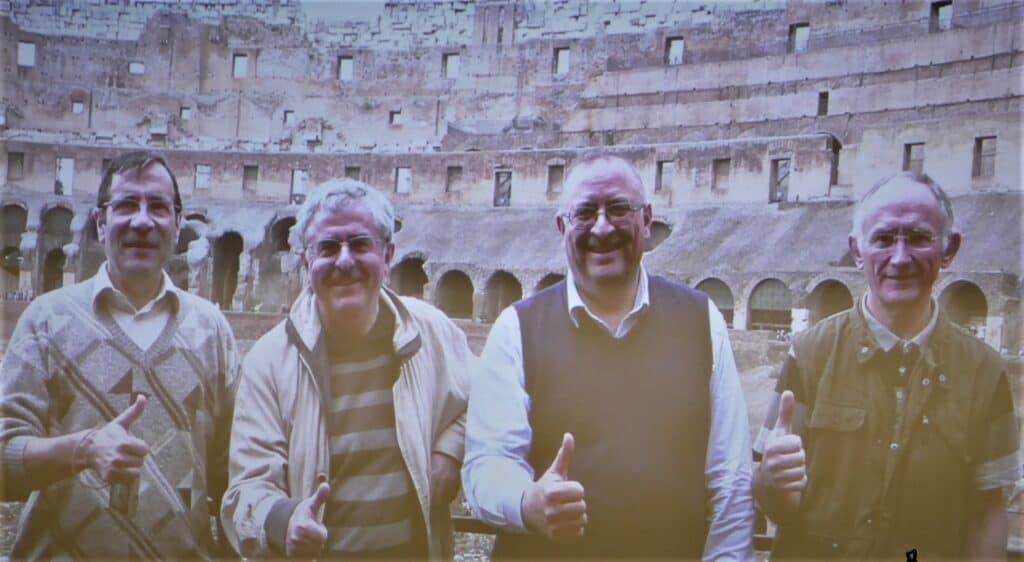 The 4 Jubilarians gathered in Rome. From left to right: Bros Bernard, Henri-Marie, Franco (Italy) and Bernard. 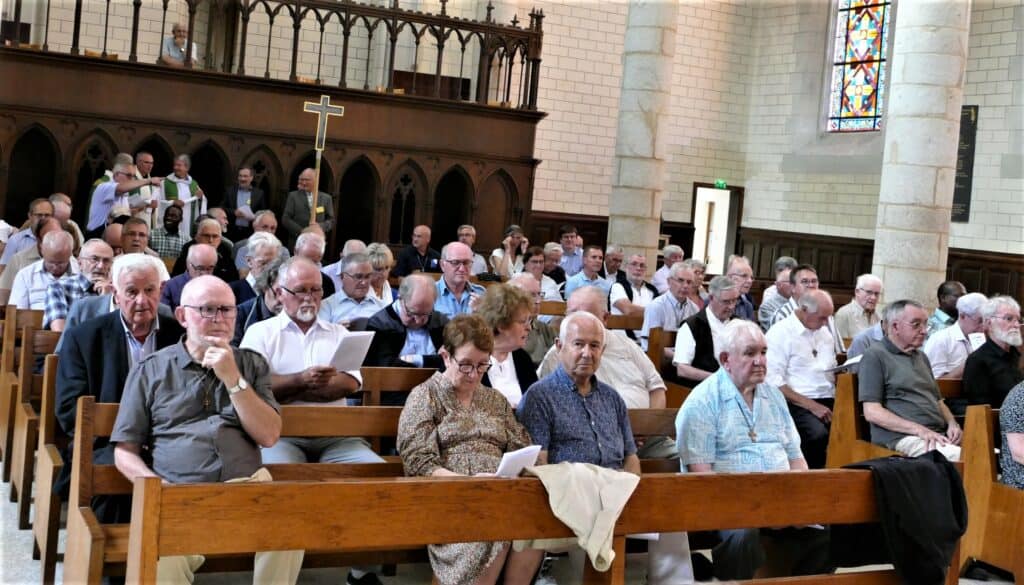 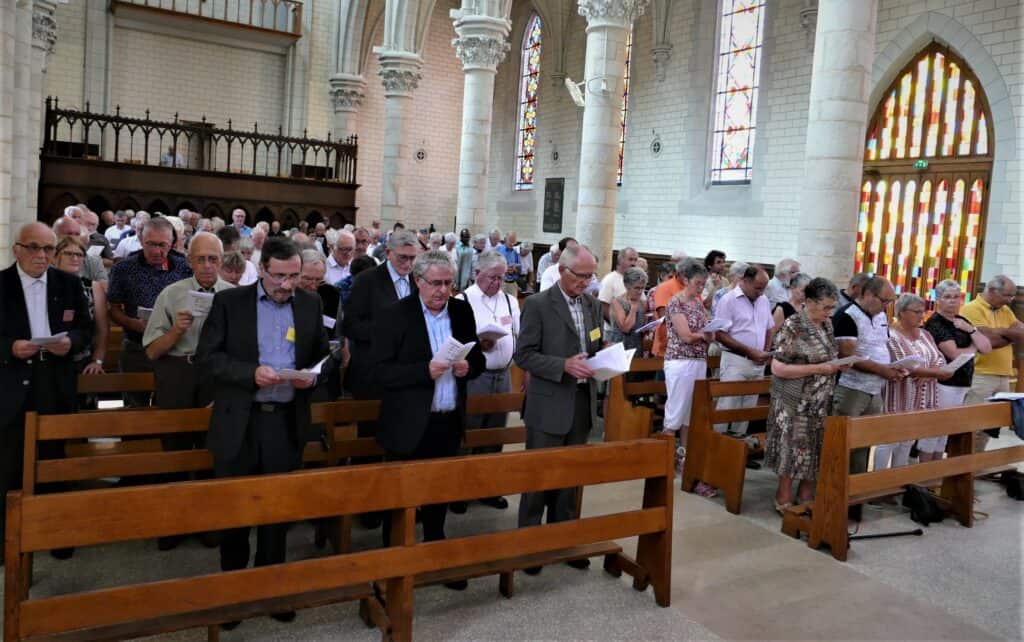 The Jubilarians on the left, families and relatives on the right. 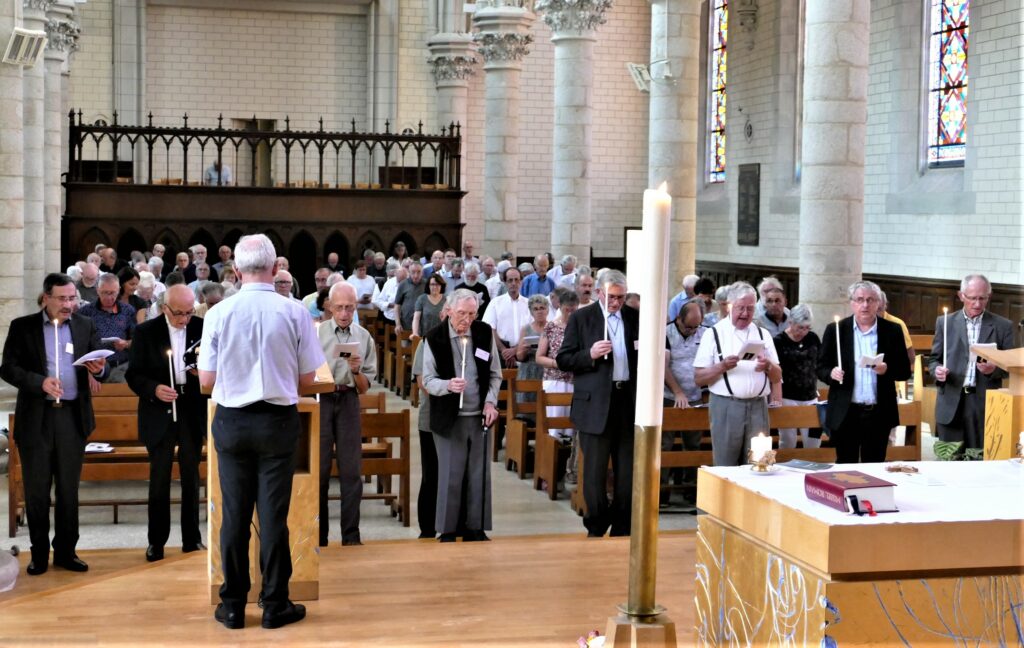 The Jubilarians renewed their vows, received by Bro Jean-Paul Peuzé. 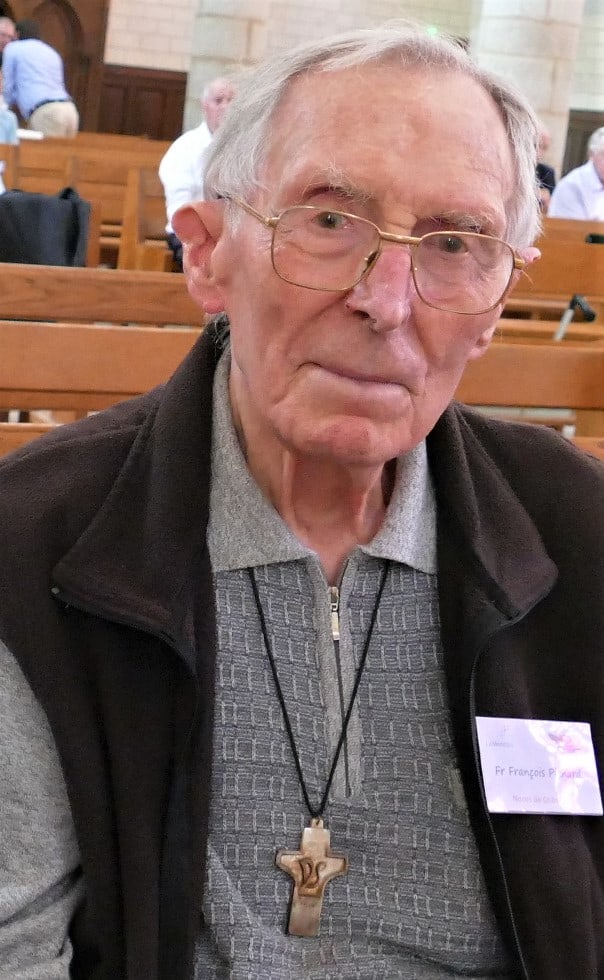 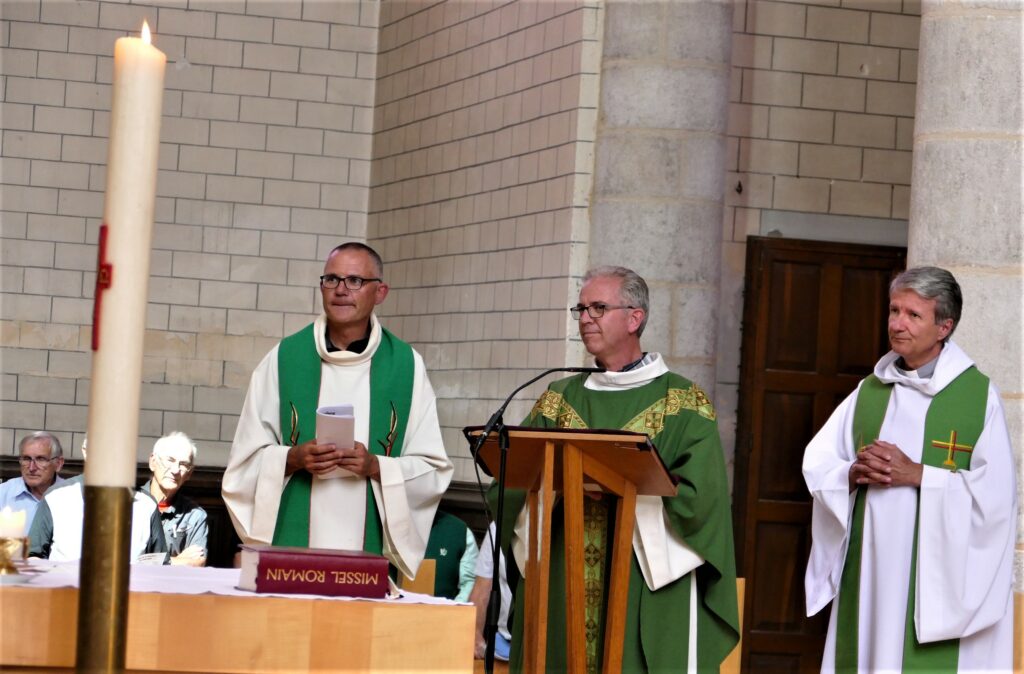 From left to right: the Fathers Brient, Le Vézouët and Félix.

“Dear Jubilarians, let us give thanks for the work that God has done in us and without our knowledge, stressed Fr. Ivan Brient in his homily. The Lord works in us and through us. And this leads us to live life in a spirit of humility.” 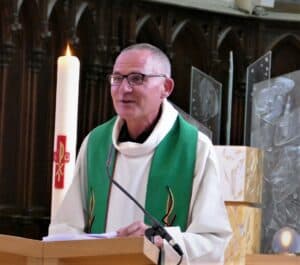 Fr. Brient challenged the jubilarians to dare a new beginning!

“This re-reading of life is also an opportunity to free oneself from the past. Let us dare to put in place the foundations for a new beginning.
This is a springboard for the year to come!” 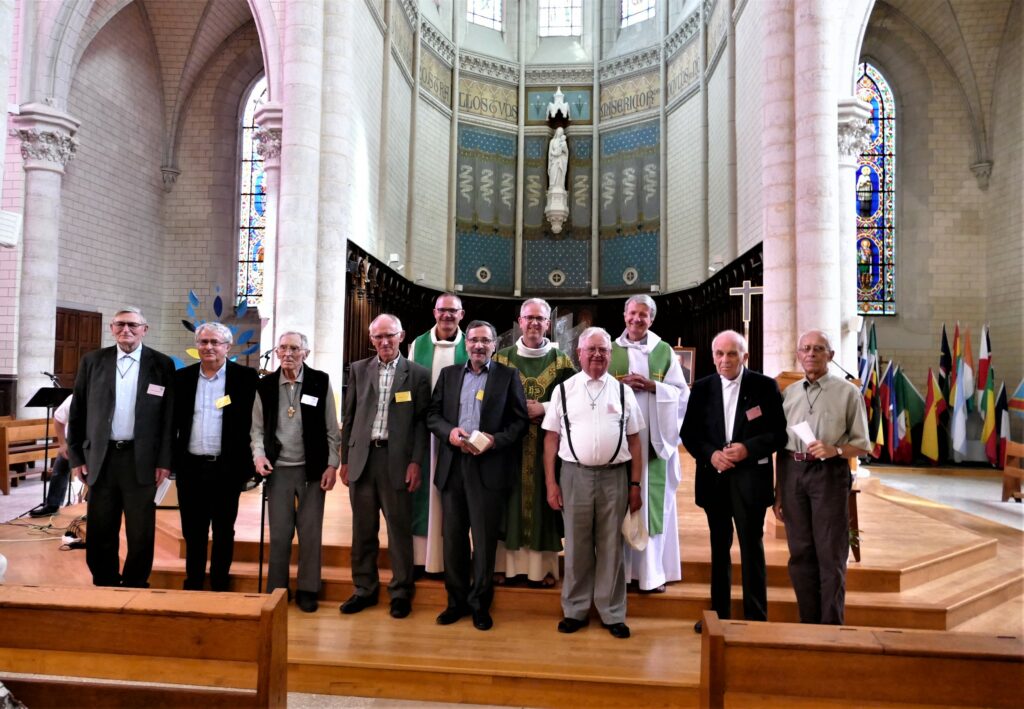 Joy of the Jubilarians together with the celebrants.