What’s new in Saint John the Baptist Province in recent months? The realities of the health situation brought several deaths of Brothers, new ways of organization in Schools and upsetting the ways of being in contact in Associations. Bro Yannick Houssay, Provincial, underlines the investment of all the actors. Overview

The Communities of Châteaulin and the one of the Mother House at Ploërmel, in particular, were hit hard by the health situation related to Covid-19. Four deaths – not just related to covid – affected the Community of Châteaulin since last November: death of Bros Guy Leclerc, Louis Narzul, Ernest Kerfourn and Alain Celton, in addition to the death of Bro François Jaffré at the Mother House Community. 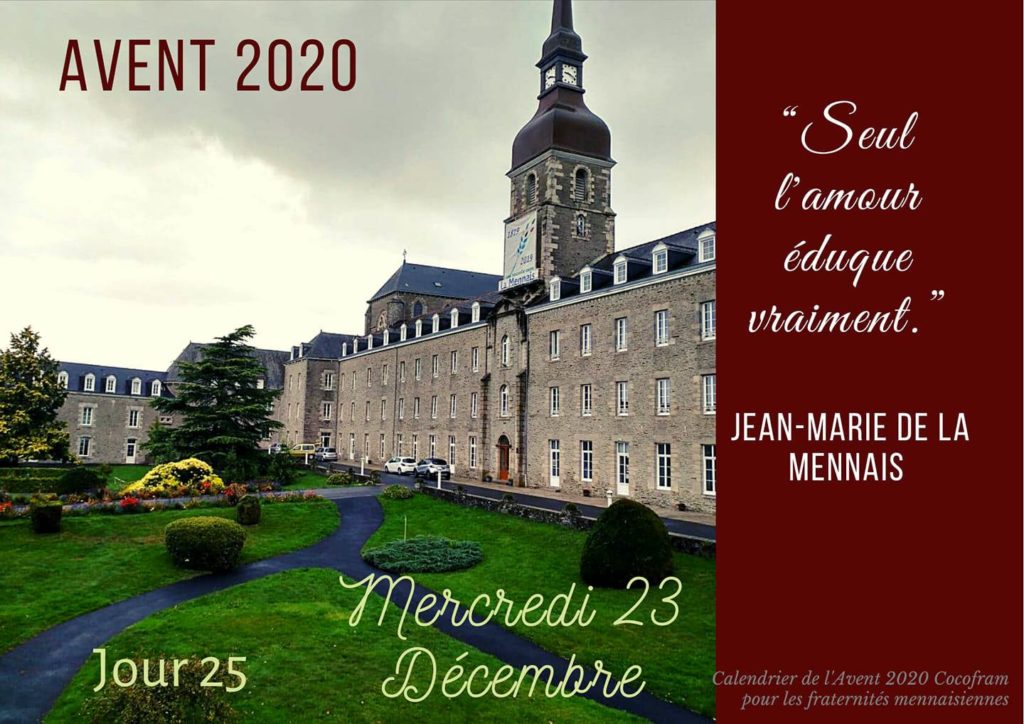 The Coordinating Committee of the Mennaisian Family continued its work with the adoption of a Charter specifying its mission and composition, as well as the Coordinating Team of the Mennaisian Fraternities –Cocofram- put online throughout the Lenten Season a daily meditation.
The reception centres of the Province – Le Juvénat Notre Dame at Châteaulin, the Mother House at Ploërmel, the Center of Béthanie at Ciboure, the Palandrin Center at Pénestin – worked at a slow pace except for a few occasional groups. 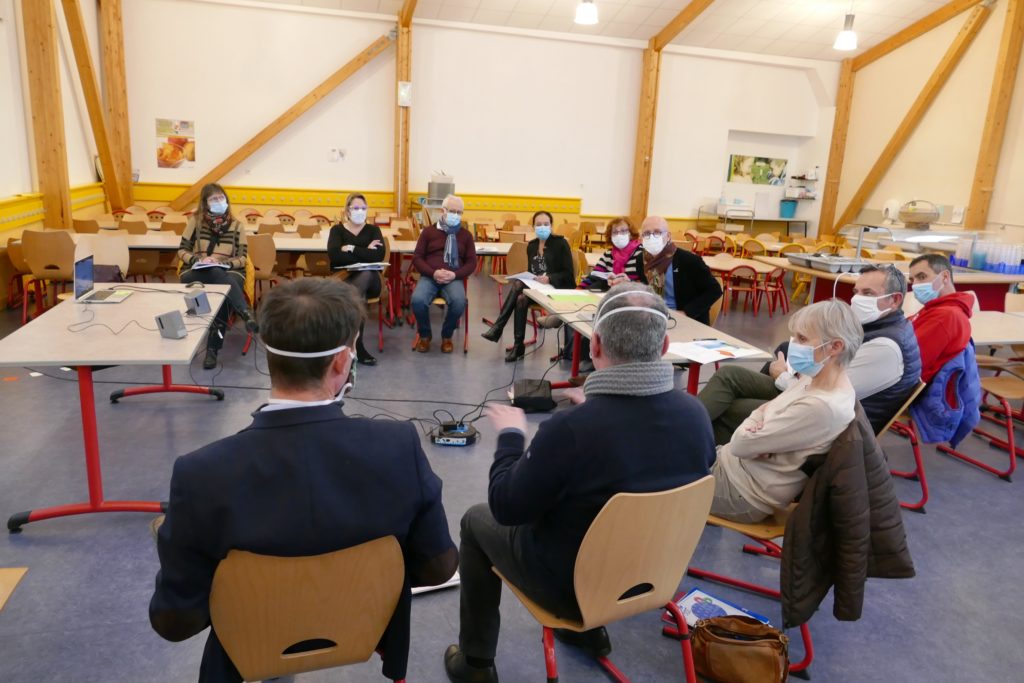 Here, during the meeting of the Headteachers of Mennaisian Schools of Finistère, France at St Julien School in Landerneau.

The Headteachers of 75 Primary Schools and Secondary Schools met at an Assembly on January 13th  on 5 different sites: St Jean de Luz, Landerneau, Rennes, Pontivy and St Nazaire. In the dynamic of implementing “a Tutelle supported by all”, initiated since May 2019, the Tutelle team emphasized the importance of joining forces and proposed, basing on a consultation of Headteachers, to set up 10 Commissions. 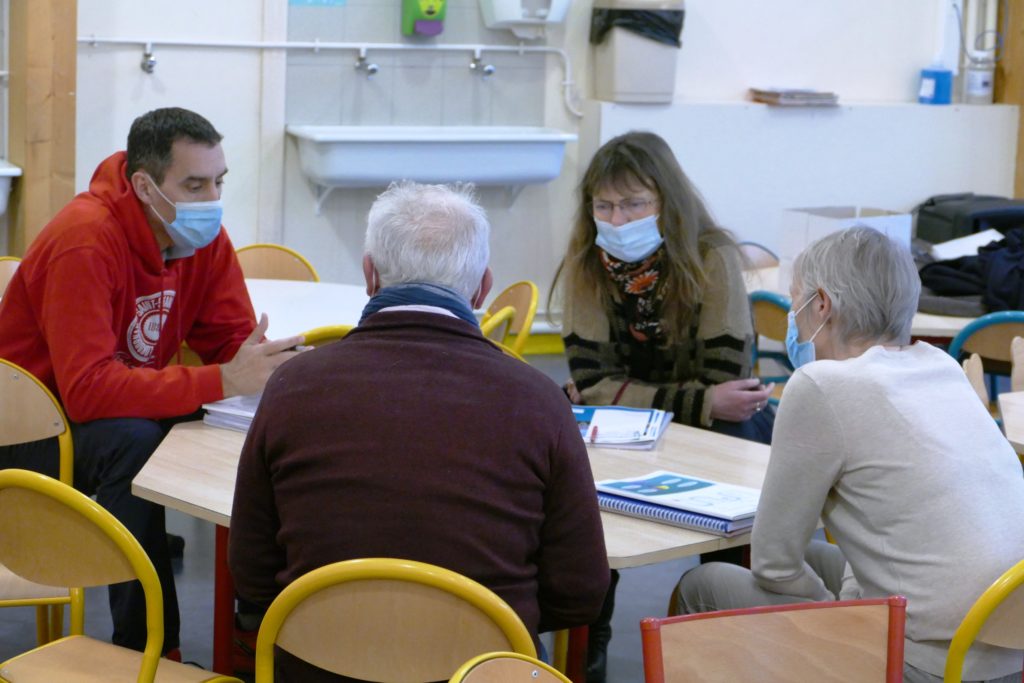 Workshops allowed the Heads of the Schools to deepen several themes within the 10 organized Commissions. 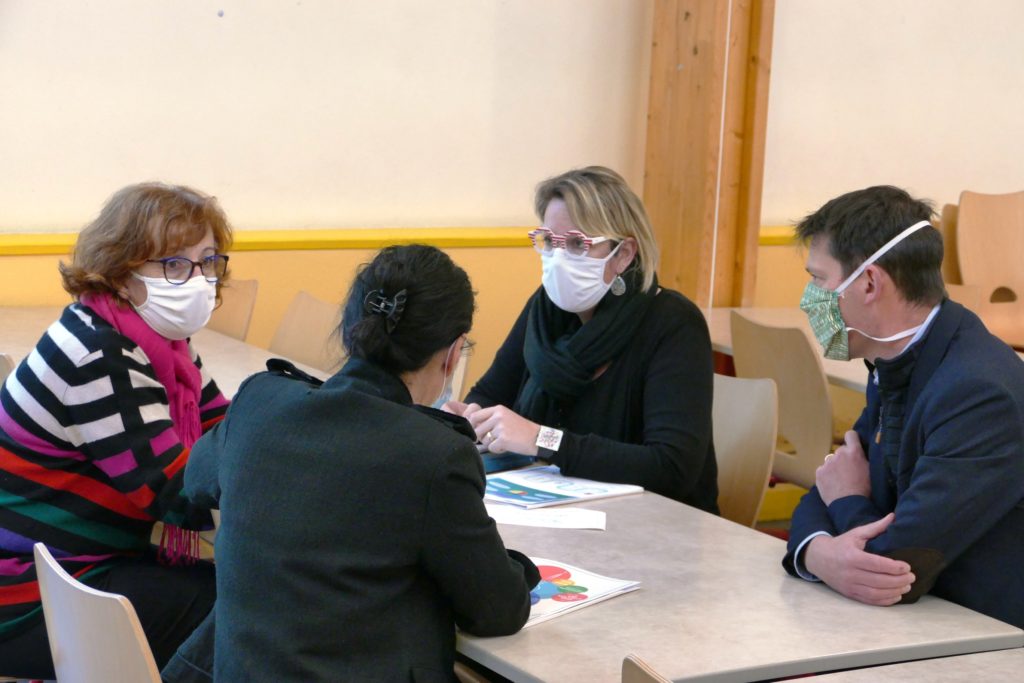 These Commissions are: International culture, Mennaisian pedagogy, finance-skills-solidarity, welcoming new Headteachers, resource persons, deepening the Mennaisian charism and spirituality, higher education, Pastoral Ministry(2 Commissions: Primary and Secondary Schools levels), basic training.
In April, School headteachers will be invited to join one of these Commissions to draw up proposals based on a defined specification. 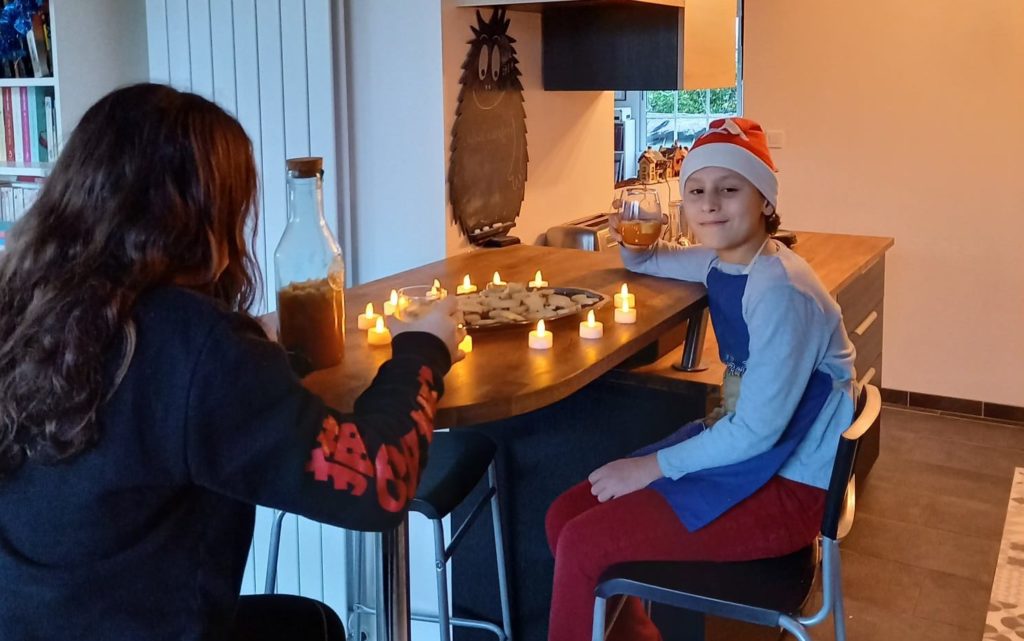 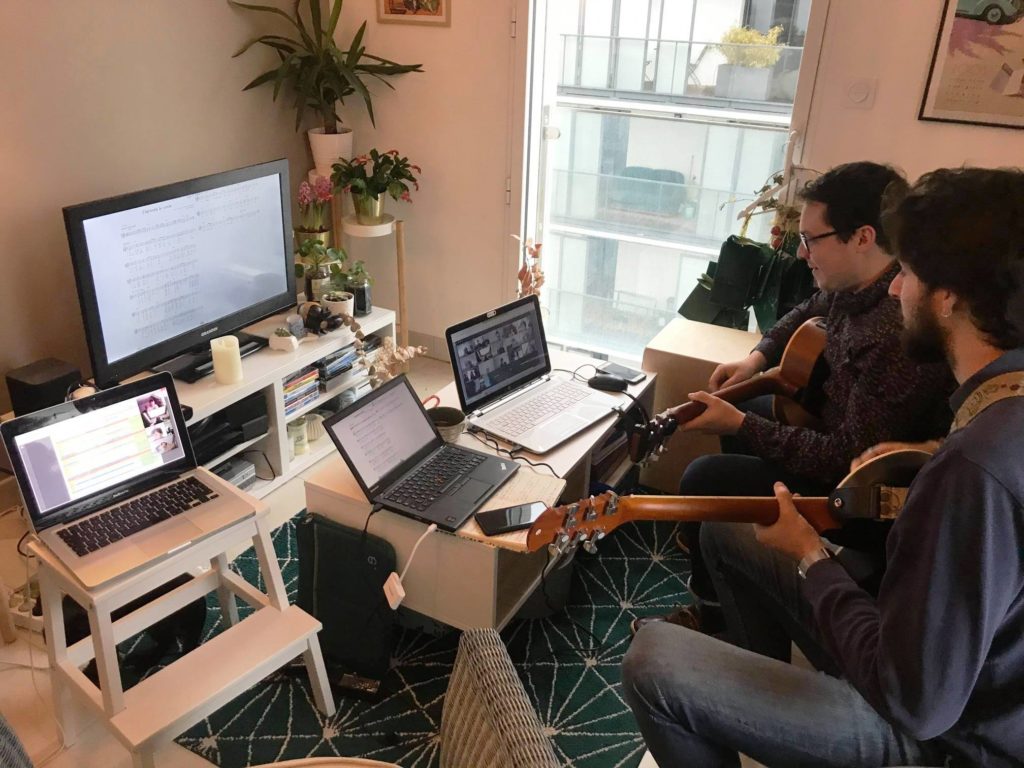 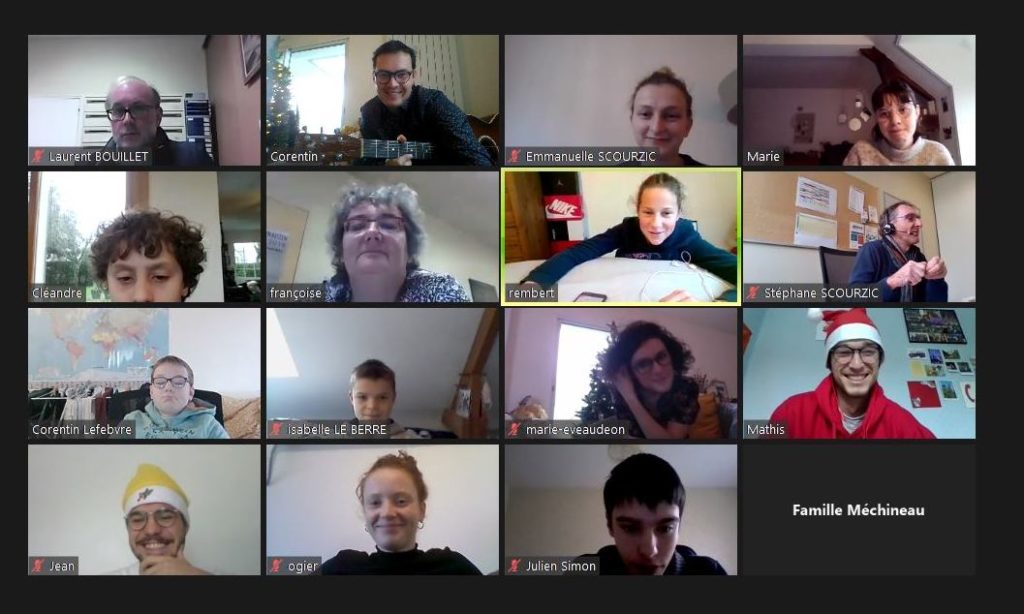 and the Educational leisure Association Estival had adapted their meetings virtually.
The calendar of live infor this summer had just been published with no less than 13 proposals of 6 to 18 years and the possibility of training animators.
https://www.association-estival.fr/images/sejours-presentation/ESTIVAL_sejours-2021.pdf 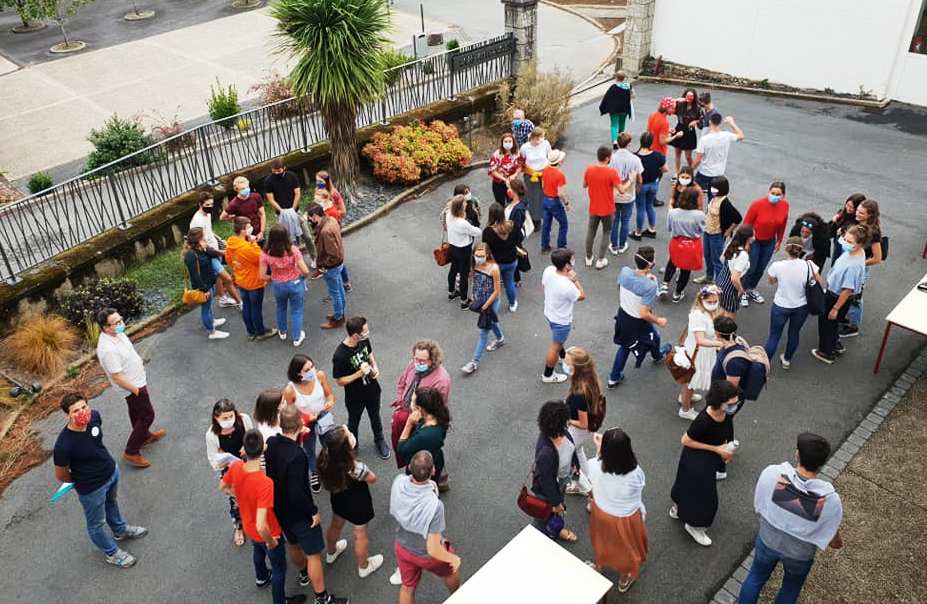 Same concern to face realities by adapting: at the Villages des Sources of Landévennec and Derval www.village-sources.fr  , at the Escale in Nantes and Vayakom in Saint Brieuc.
The Assific association is also actively pursuing the development of numerous solidarity projects. http://www.assific.com/images/pdf_Assific/Catalogue2021.pdf