This Friday afternoon, the capitulants expressed the gratitude of the congregation to Fabio Parente. For 10 years, he provided technical services for putting the congregation’s website on line and maintaining it. In union with Bro. Louis BALANANT at the beginning, he allowed a development of the digital visibility of the congregation.

He also ensured the technical design of this new website www.lamennais.org two years ago.

He received from Bro. Yannick HOUSSAY, former Superior General, an official picture frame with the La Mennais coat of arms, a sign of recognition of the congregation. 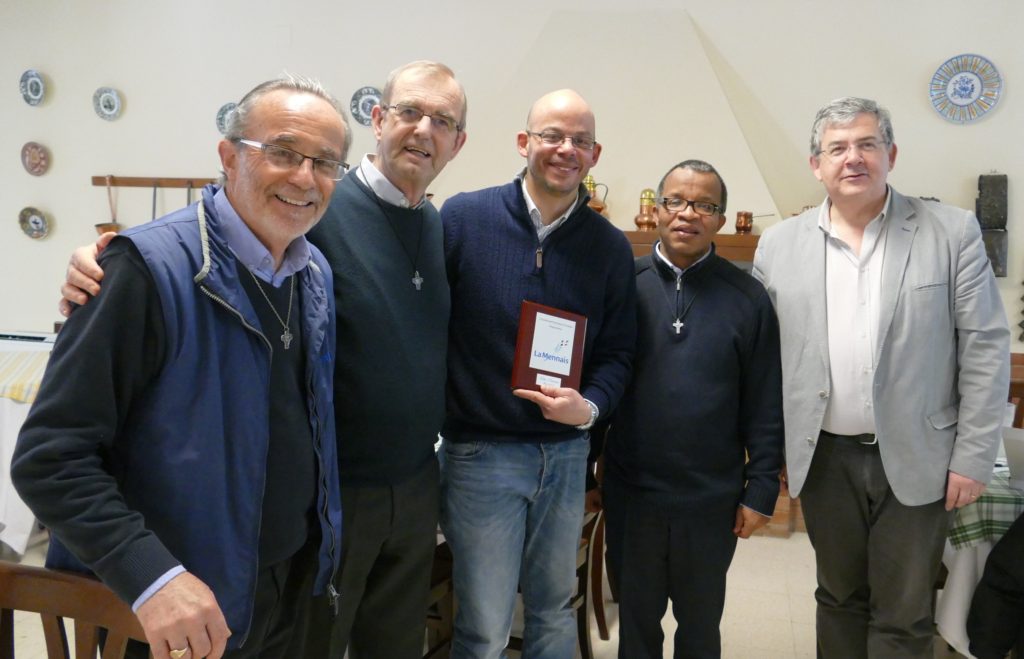 This meeting also allowed Michel TANGUY, Director of Information, to salute the work done in the information service with the outgoing General Council; in the first place, Bro. Yannick, and the daily collaboration with Bro. Hervé ASSE, Secretary General, the Major Superiors, the heads of the Provinces and Districts’ websites, the translators, the correctors, and all the correspondents, Brothers and laypeople, of the website and La Mennais Magazine. 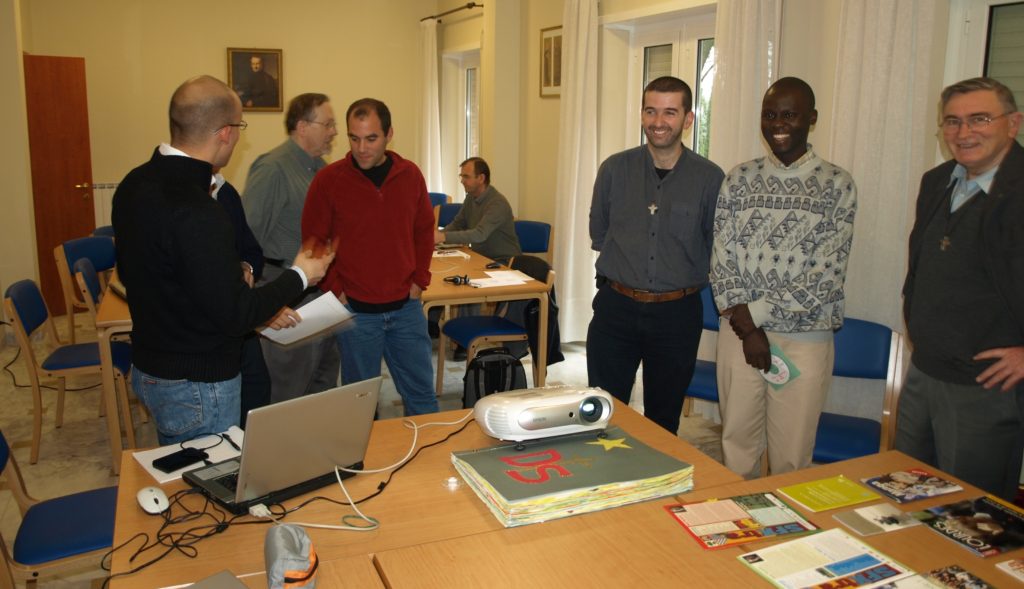 The team of the International Council of Information, in 2009, with Mr. Fabio PARENTE on the left, and Bro. Louis BALANANT on the right. 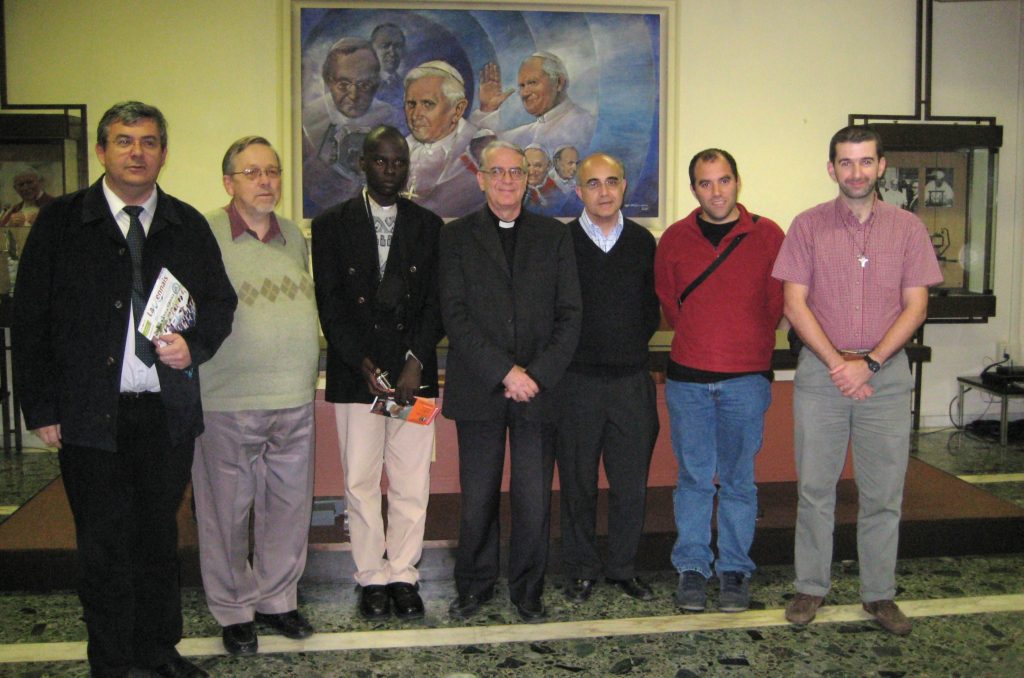 Meeting with Father Lombardi, Director of the Vatican Information Services and the Congregational Information Commission, accompanied by Brother Guillermo DAVILA, in 2009.

Let us also recall the work of the international commission of information composed of Bros James HAYES, Marcel LAFRANCE, Francis KIGGUNDU and Alfonso BLÁZQUEZ. For many years, this commission has provided counselling and consultation on information aspects in the service of the congregation. Dissemination and sharing of information is also a new way of cultivating fraternity in the Congregation and the Mennaisian Family.