Original approach at the Ste Marie Secondary School of Vitré, France, on 1st February 2022, 1,000 young people between the ages of 12 and 15 went to meet Jean-Marie de la Mennais during that day initiated by Corentin OGIER, a Pastoral Animator at the School run by Mr. Joseph FAUCHOUX.

Enthusiasm of the young people of Ste Marie College during the tonic Mennaisian Day.

The youngest followed in the footsteps of the Founder in Vitré, with Anecdotes and Historical landmarks commented by André GOUSSE. When was the College founded? Since when were the Brothers in Vitré? 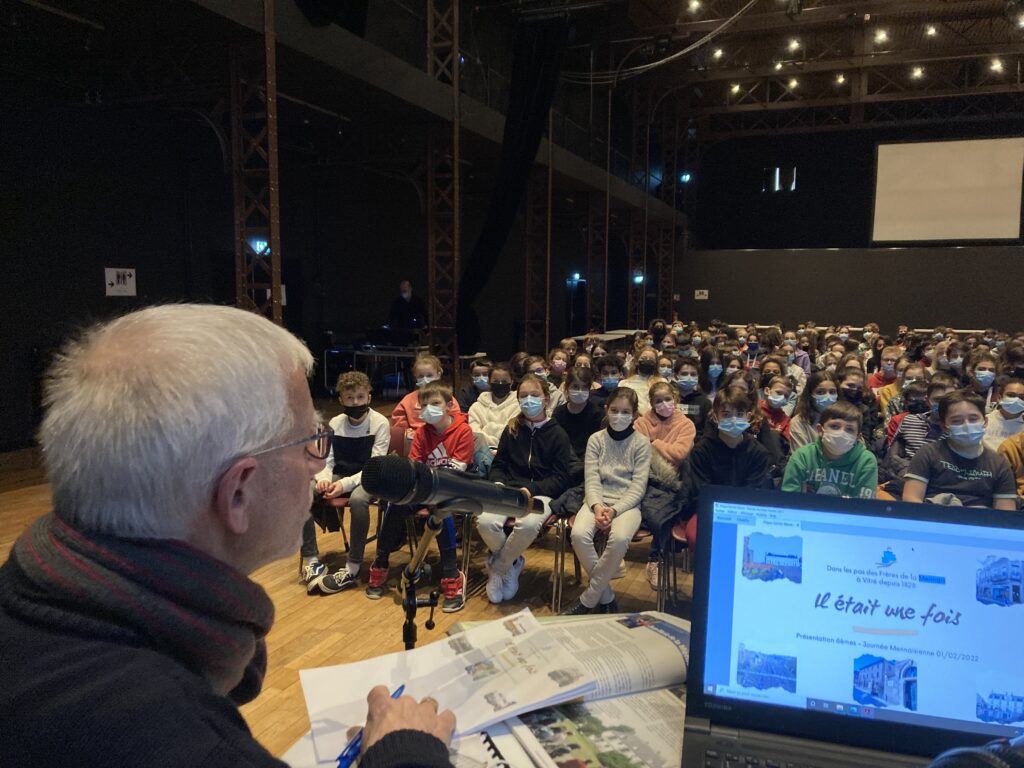 Tell us the story of the Brothers in Vitré and then the College. André Gousse presented the local Mennaisian roots.

The 5th form Classes, for their part, went on a Team trip and in the form of games where the objective was to find the important dates of the life of our Founder. The teachers, who became animators, formed the “tables de marque” of each of 27 groups. 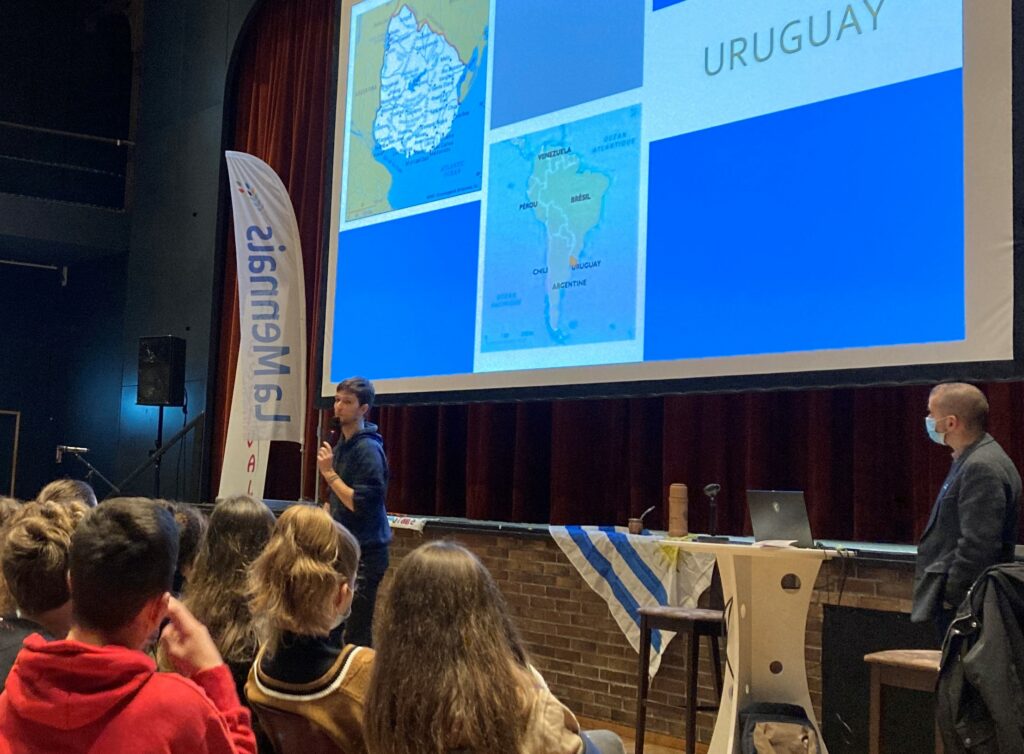 Round the World tour with Mathis and Brother James. With a nice participation of young people. 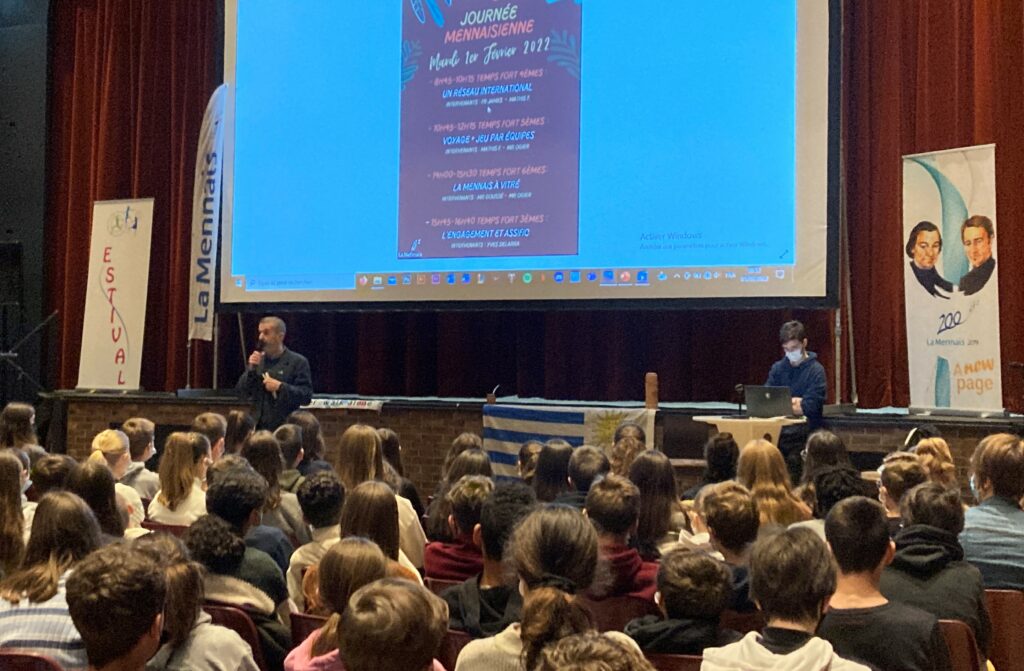 The 4th form year students traveled round the World with an emphasis on the Mennaisian presence across Continents in the company of Bro James HAYES, of English origin, helped by Mathis FARROUILH who had the chance to go to immersion in Uruguay at the end of 2021. 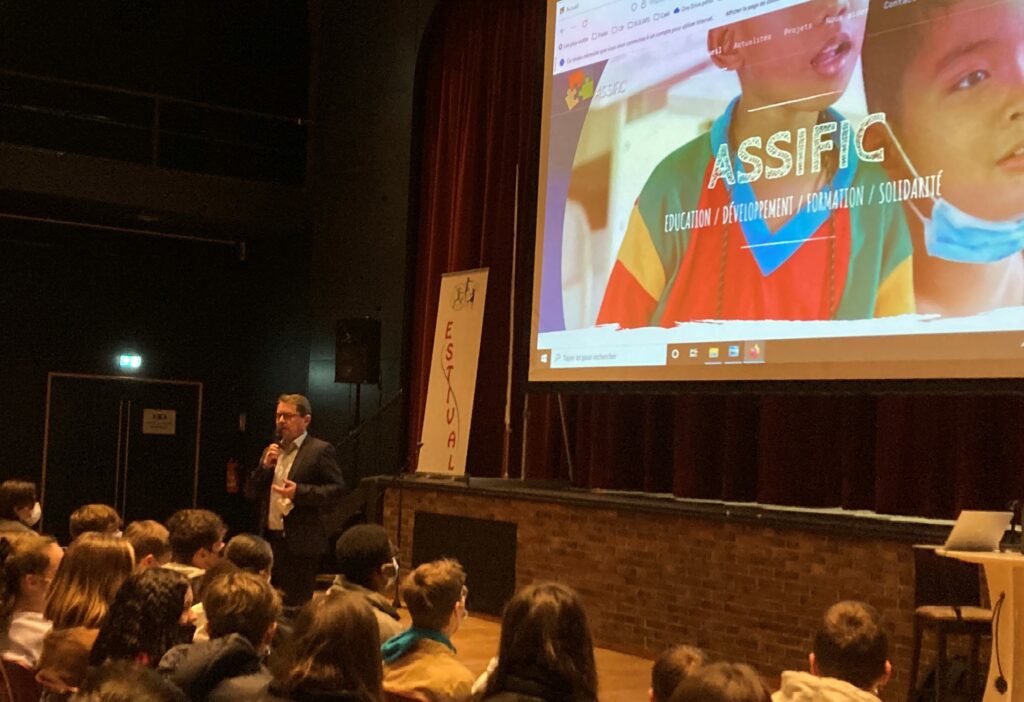 Solidarity actions were carried out by the young people of the College. Yves Delarra, of the Assific Association presented several projects.

Finally, the eldest pupil realized concretely that the Solidarity actions carried out each year at the College met the needs of the Mennaisian NGO Assific. Yves DELARRA, Treasurer, presented several of the 26 Concrete initiatives undertaken to help Schools and Communities in 14 Countries.

More than 1,800 euros were raised! Congratulations to the young people! 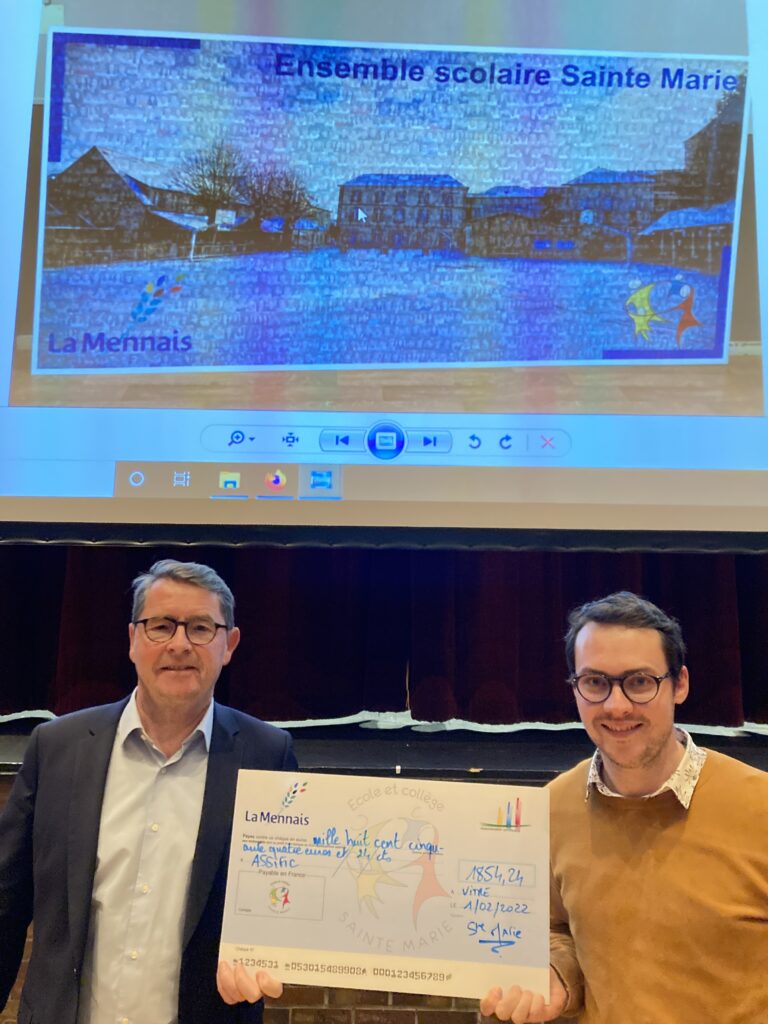 Yves Delarra, from the Assific Association and Corentin Ogier, initiator of the day congratulated the youth of the School.