“The 8th of September 2022 will remain a milestone for the mission in the Philippines,” said Bro Gildas Prigent, Brother Visitor of Saint Francis Xavier District: Indonesia-Japan-Philippines. 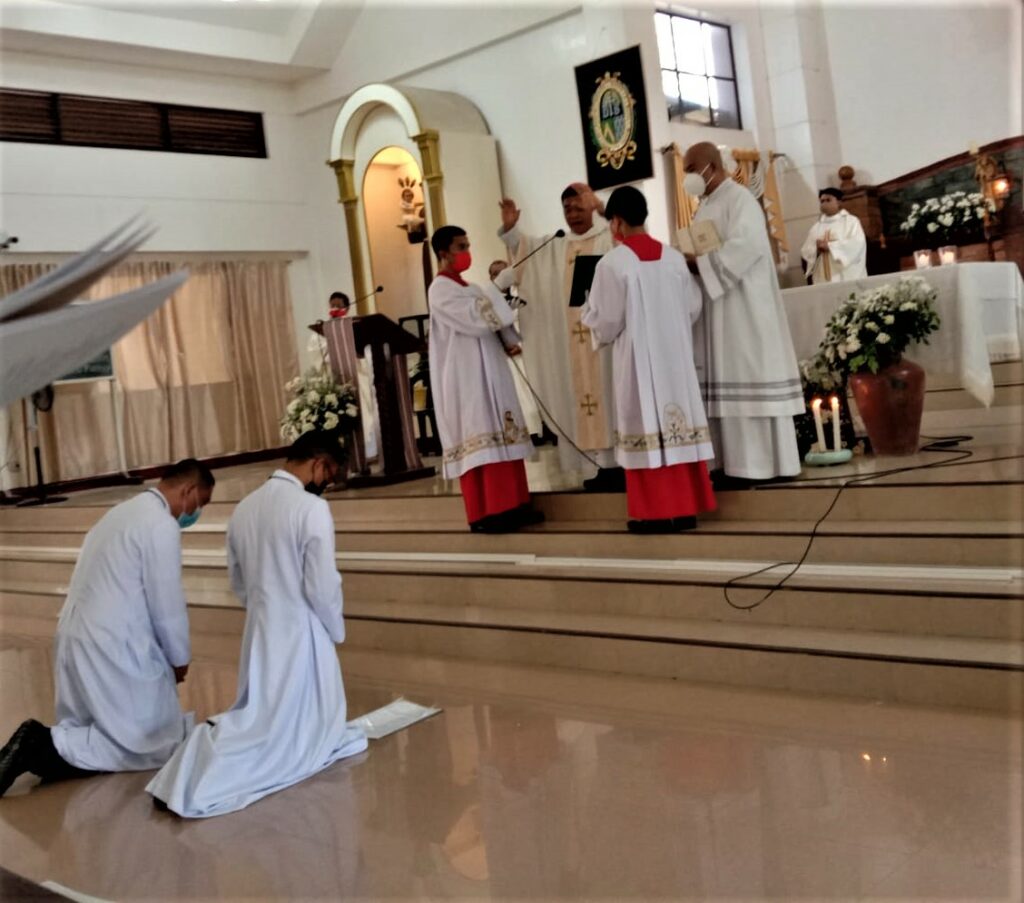 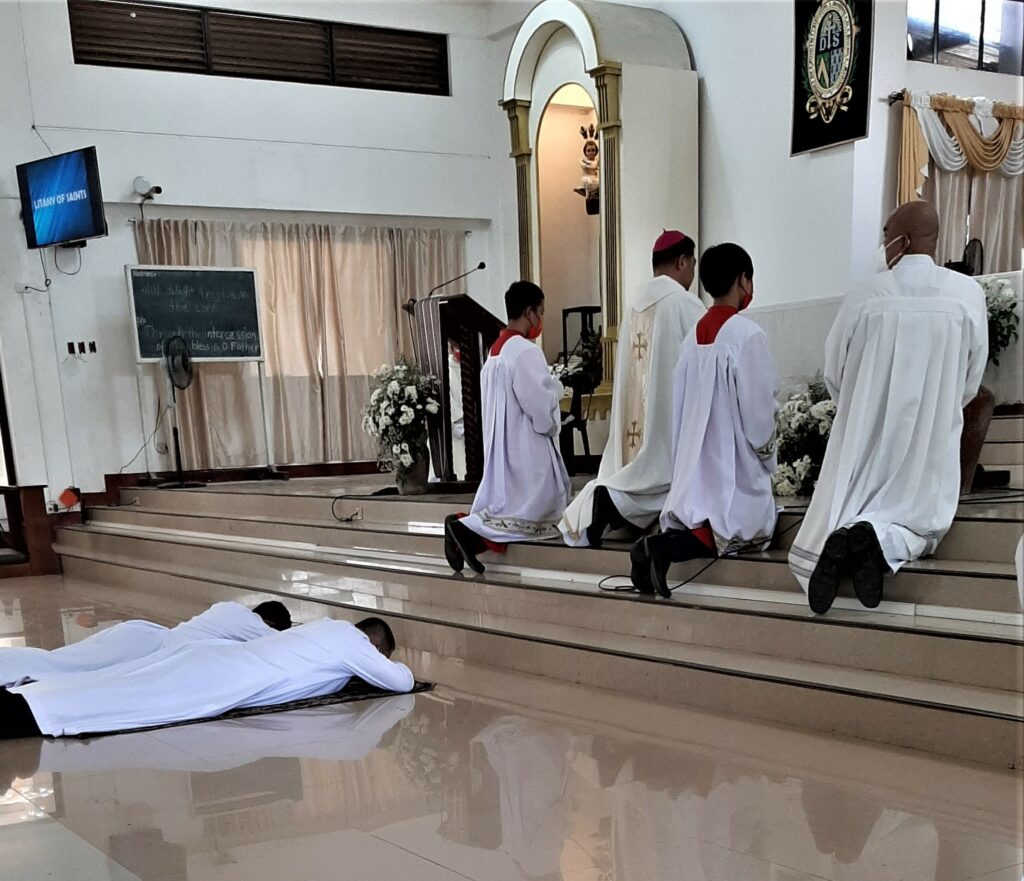 Prostration of the two Brothers

During the Eucharist celebrated in San José, presided over by Bishop Marvyn Abrea Maceda of San José, and in the presence of Bro Miguel Aristondo, Assistant General, the Brothers Israel De Ocampo and Mamerto Gaugano made their final commitment to our congregation. They are the first two Filipinos to make perpetual vows, 35 years after the arrival of the Brothers in the country. 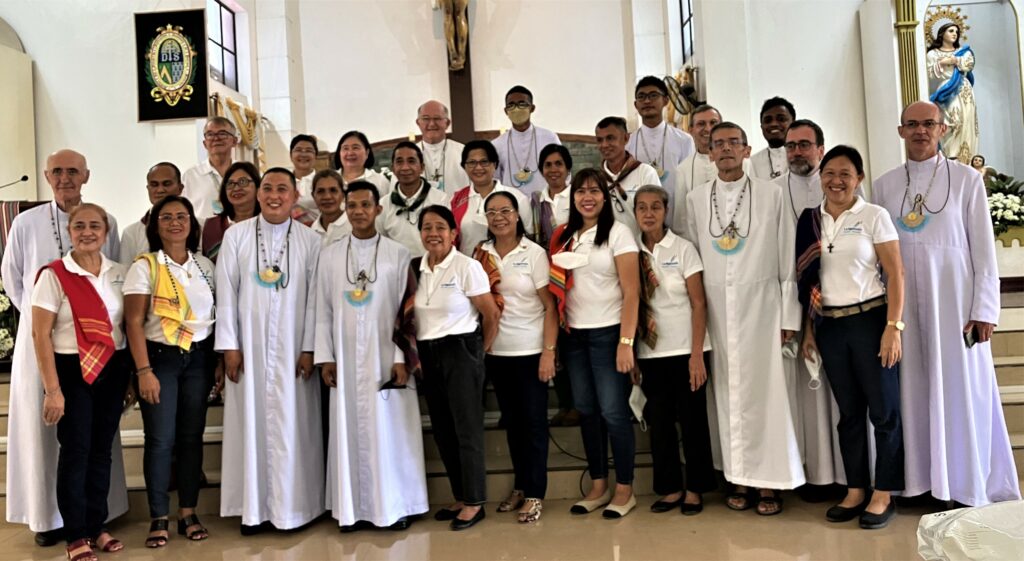 The two new Professed together with Brothers and lay people. Bro. Raymond Ducharme is in the second row on the left.

During the celebration we also gave thanks to the Lord for the 50 years of religious life of Bro Raymond Ducharme, now Community Superior of Pandan.

All the Brothers from our 3 communities in the Philippines were there as well as the members of the District Council who represented Japan and Indonesia. The Lay Mennaisian Associates of San José distinguished themselves by an active preparation of the feast and during the celebration. 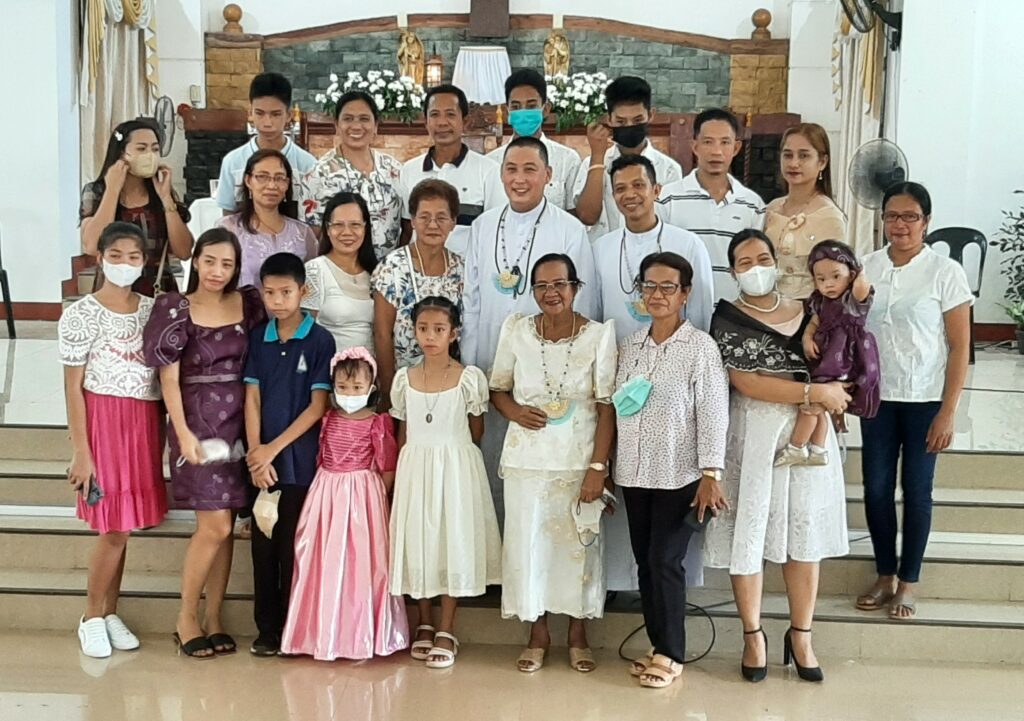 With the families and friends of the two Brothers.

All the festivities, mass and meals took place at St Anthony College (SAC), the great Catholic school of San José, where Brothers Israel and Mamerto were teachers for several years.

We all hope that these perpetual professions will encourage young Filipinos to hear and respond to the Lord’s call by committing themselves to our congregation.” 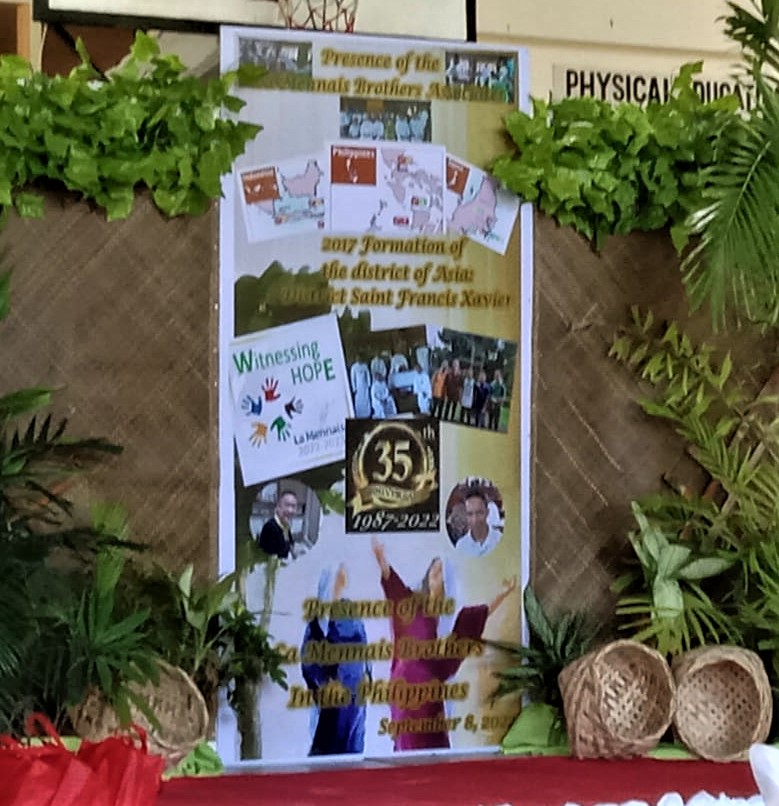 35 years of presence of the Brothers in the Philippines.