“Everything is special in this period that we are living, said Bro Yannick HOUSSAY, Provincial of the Brothers and responsible for the Tutelle of the Schools in France and England. As we seek to cultivate fraternity in the joy of this service, let us set out together new educational paths based on relationships.” 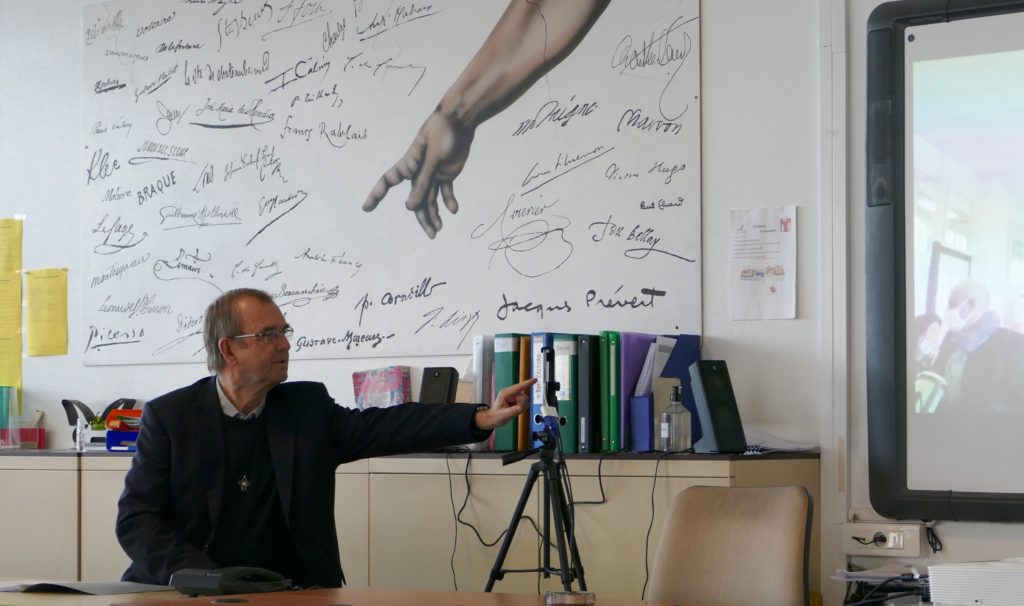 A symbol: when the two fingers indicate horizons… 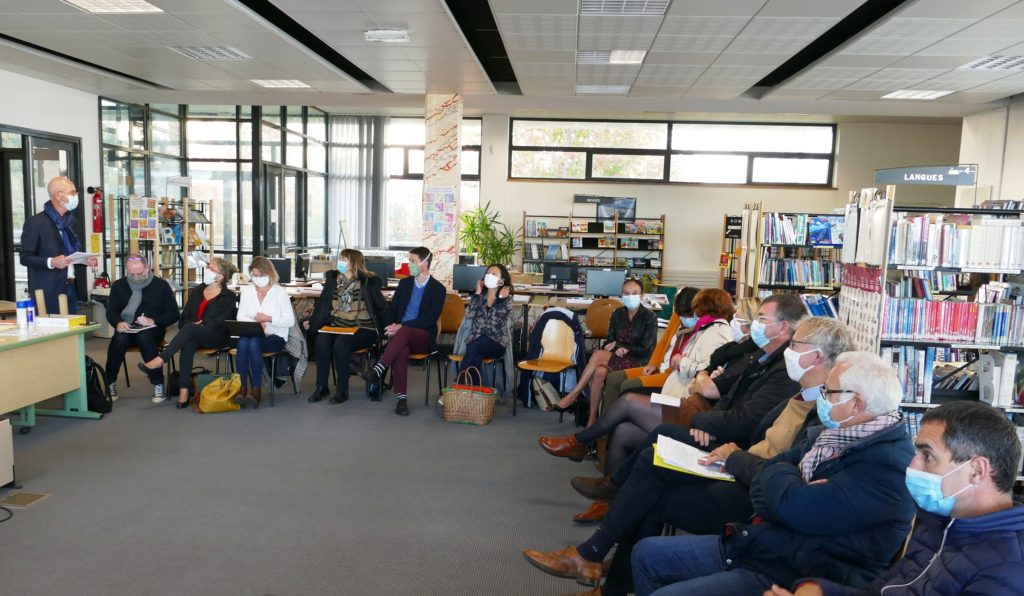 The heads of schools and Deputies were welcomed here at St Louis Secondary School of Châteaulin directed by Jean Guéguen.

During 4 geographical meetings in Châteaulin, Rennes, Ploërmel and Savenay -gathering schools by departments- the Headteachers and Deputies have just experienced a day of joy and projects on this Monday 19 or Tuesday 20 October, at the invitation of the Tutelle team of the French Network. Planned for two days at the start, the choice was made to propose a single day during community meetings, animated in face-to-face or thanks to digital connections by the 6 delegates of Tutelle and in charge of mission: Chantal DEVAUX, Loïc LE TOUZO, Denis CHEVREL, Bernadette PETTON and Bro Olivier MIGOT coordinated by Ronan PETTON. 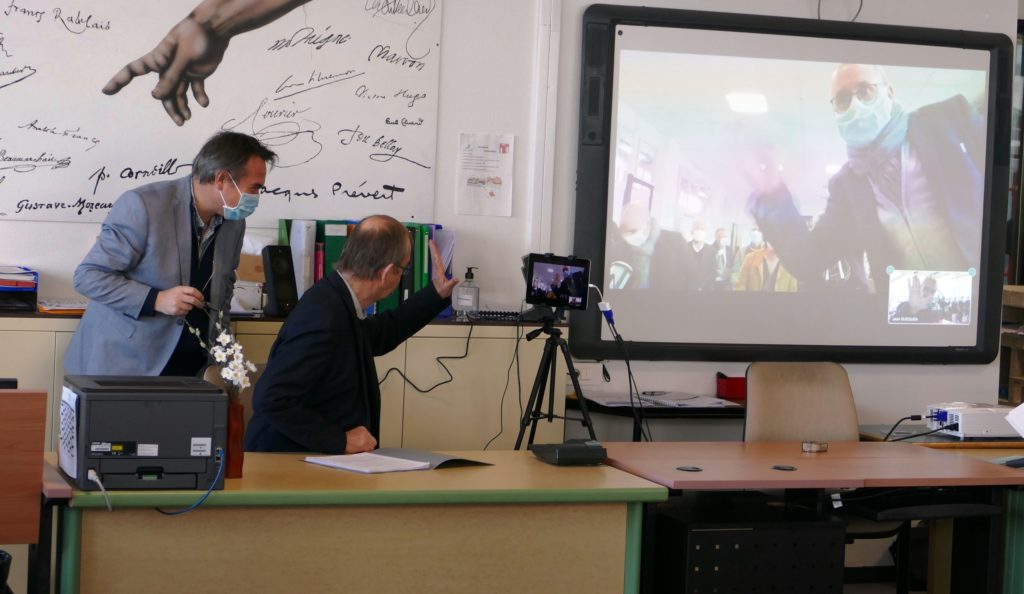 Virtual greetings between the Châteaulin assembly and the one in Rennes. 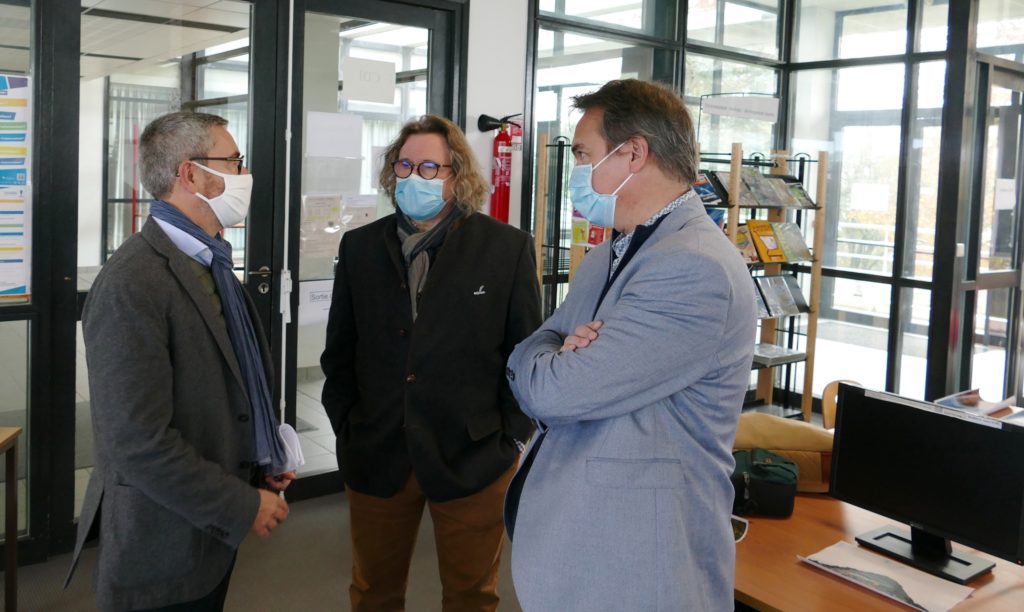 This Autumn, the Staff of the French La Mennais Network is stable: 34,690 children and young people are welcomed in 75 schools in 7 departments.

2,670 teachers and 1,078 educational, administrative and service staff are daily at work and present with them.

The pedagogy of Jean-Marie de la Mennais is colorful with joy, stressed Bro Thierry BEAUPLET starting from Bro Gilbert OLLIVIER’s work, former Assistant general. Joy is at the heart of his spiritual face and at the heart of pedagogy. Let us look at the figure of an affectionate and affective Jean-Marie de la Mennais, with whom it was good to live, player, actor, bearer of a joy rooted in faith in Christ, despite the difficulties. 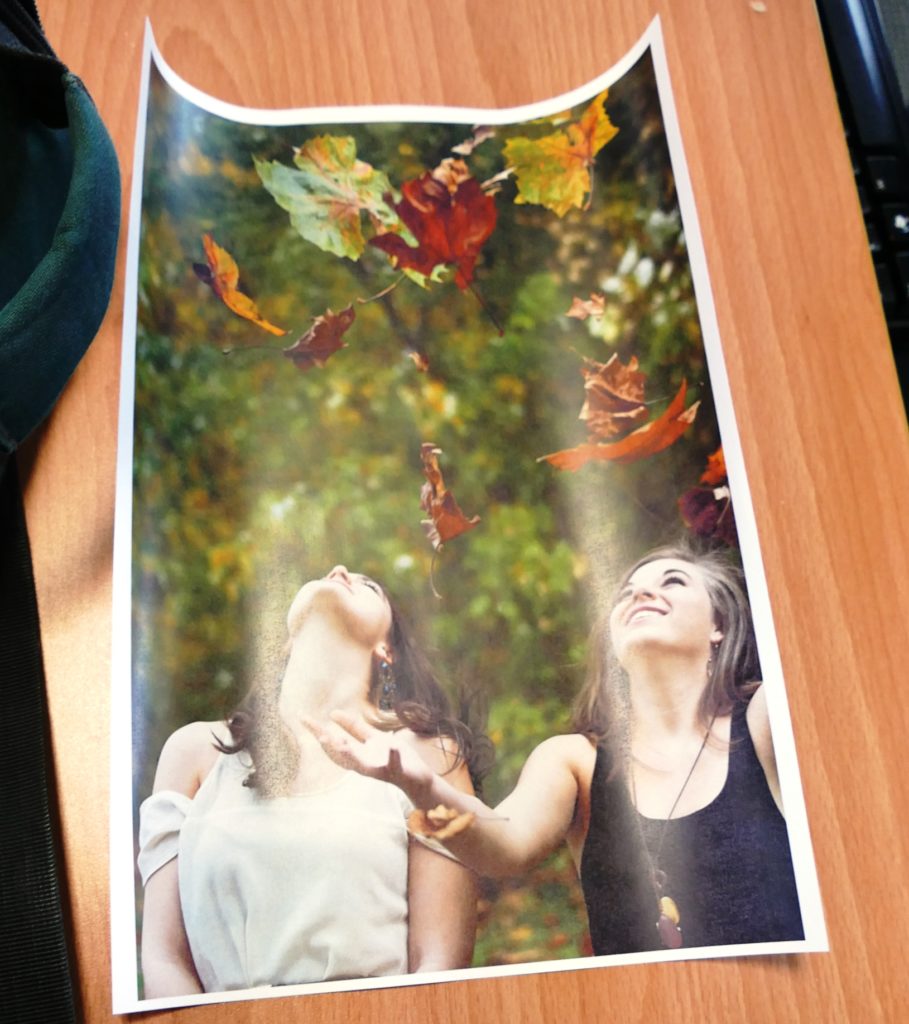 Another symbol of the meeting, many photos were scattered in the room of the Documentation and Information Hall of St Louis Secondary School. Here, a nod to nature, a source of joy. “Everything is linked”.

“The joy of believing comes from this deep peace nourished by this relationship.”

Then a time of formation and creative was animated by Caroline HENNING, school pastoral assistant and formator. 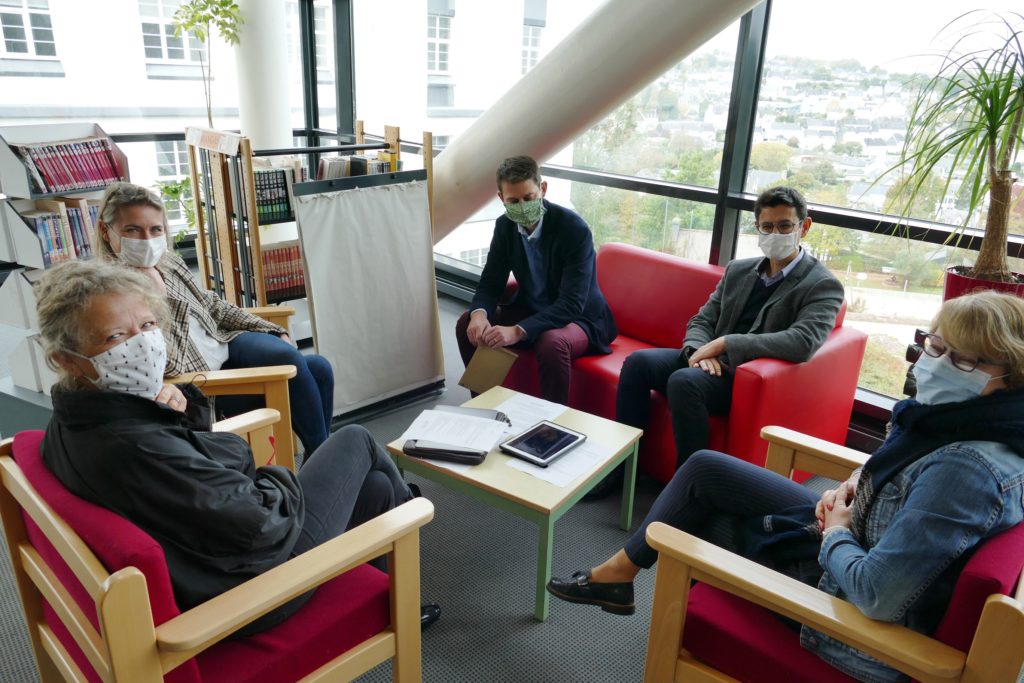 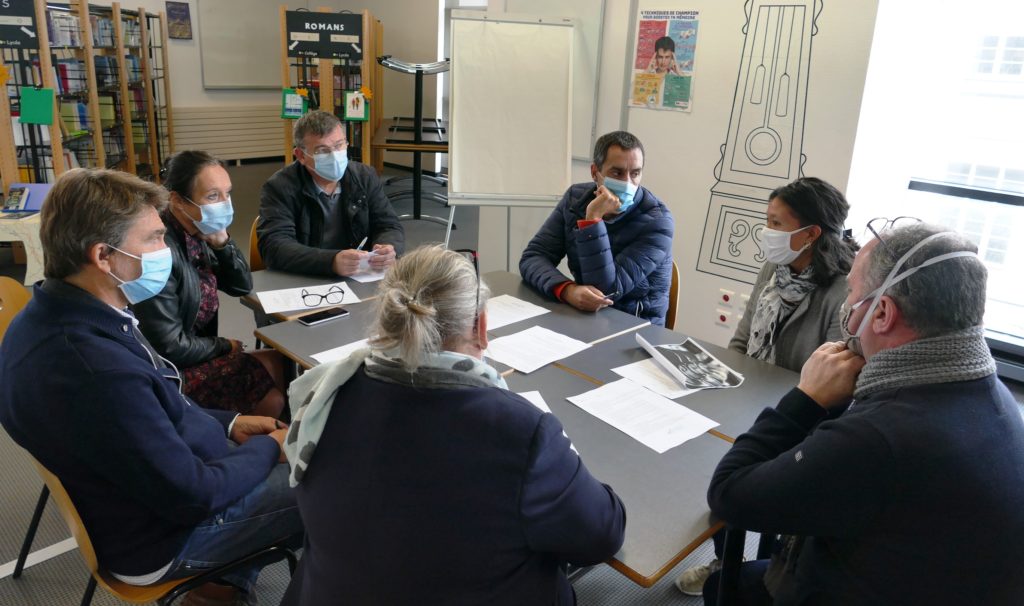 Taking care, living coherence, singularity and differences, becoming one: these 4 orientations of the French La Mennais Network were then declined during workshops. This is translated into implications of the Headteachers and Deputies in projects and working groups based on the following verbs: accompanying, being present, creating a body, forming and being formed, communicating. 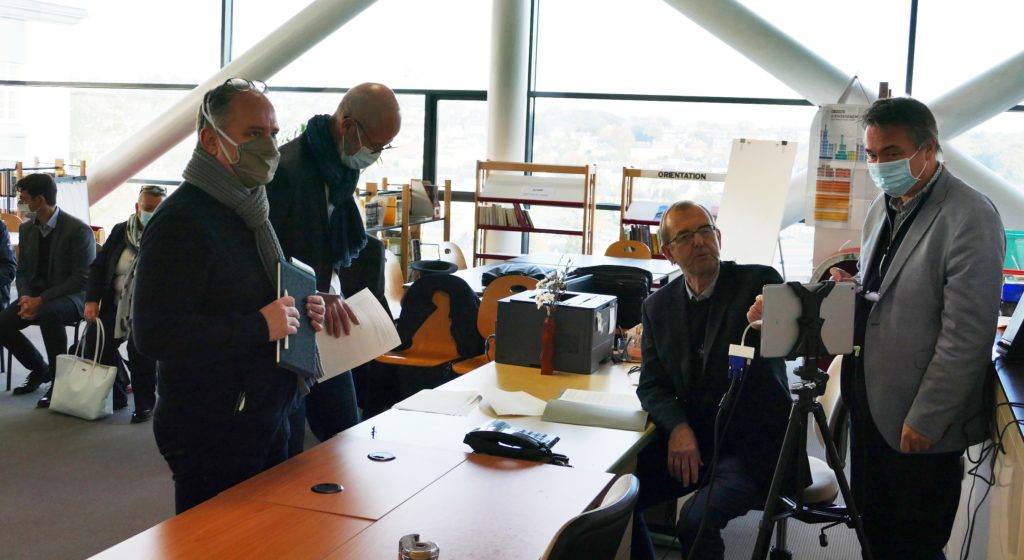 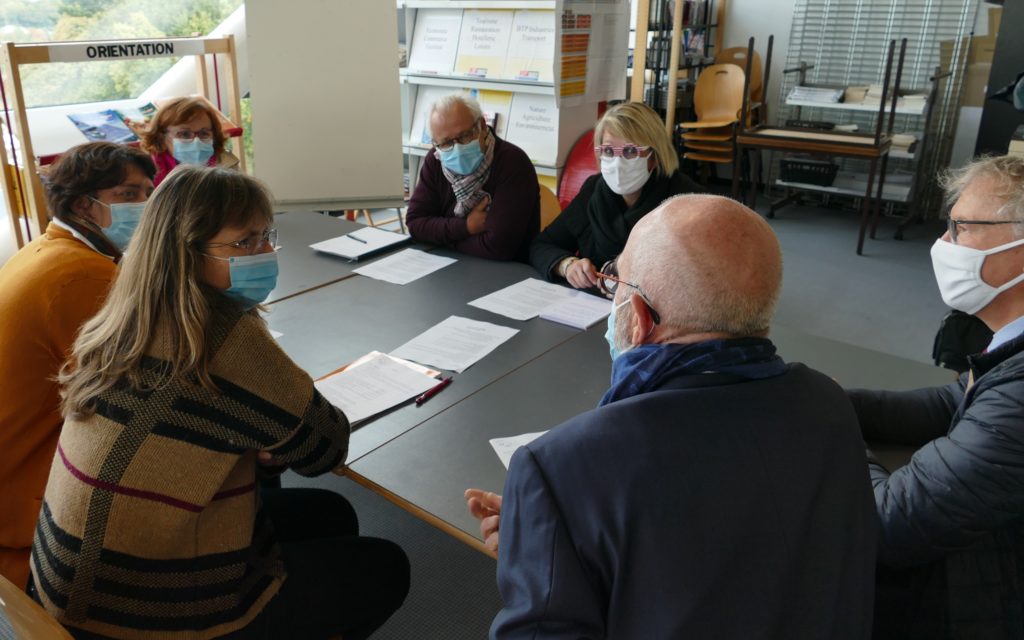 On 27th November, a closing day of the Bicentenary with young delegates from the schools was scheduled in Ploërmel. Given the health realities, it will be done differently.

Each school is invited to participate in the realization of a portrait of Jean-Marie de la Mennais which will be composed from the photos sent by the institutions, a book will be designed from the new pages – initiatives, realizations already lived or planned –

For this occasion, Patrick Richard, songwriter has made a song. Invitation is made to sing it with children and young people, to create choreographies and to film the different realizations. A music video will then be produced by a professional using excerpts from these productions.