A time of retreat, thematic workshops and the celebration of vows and jubilees. This is the menu around the theme of the year «Witnessing hope» lived by the Brothers of Saint Louis de Gonzague Province from 3rd to 16th last August in Pétion-Ville.

The annual retreat has always been the most important exercise of the year for the Brothers. This year it took place from 3 to 10 August, at the Juvénat in Pétion-Ville. It was led by Brother Willy-Dominique LAMOTHE, O.P., on the theme of “Witnessing hope”. 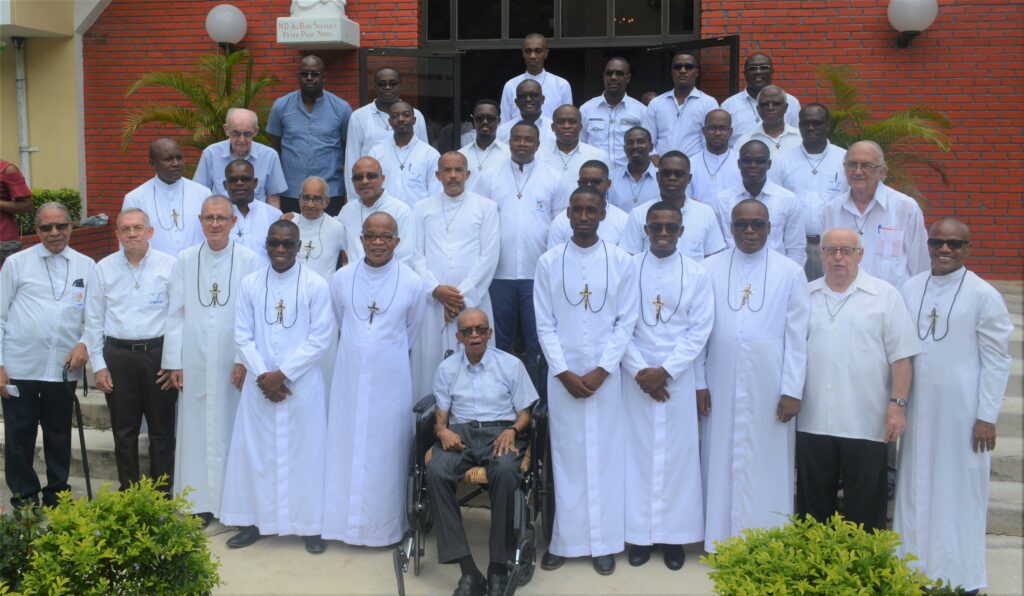 The Brothers of the Province came together for a time of spiritual, personal, community, educational and festive renewal.

With Mary, Mother of Hope, the Province intensified its prayer for its deceased Brothers, including Brothers Bruno LAROCHE, buried in Canada on 5 August and Jean-Pierre LE REST, who died at Josselin on 7 August.

It also marked with a landmark event of the celebration of 25 and 60 years of religious life of Brothers Valmyr-Jacques DABEL and Serge LAROSE, respectively, and of 90 years of its oldest member, Brother Gabriel FRANCK in the Province. 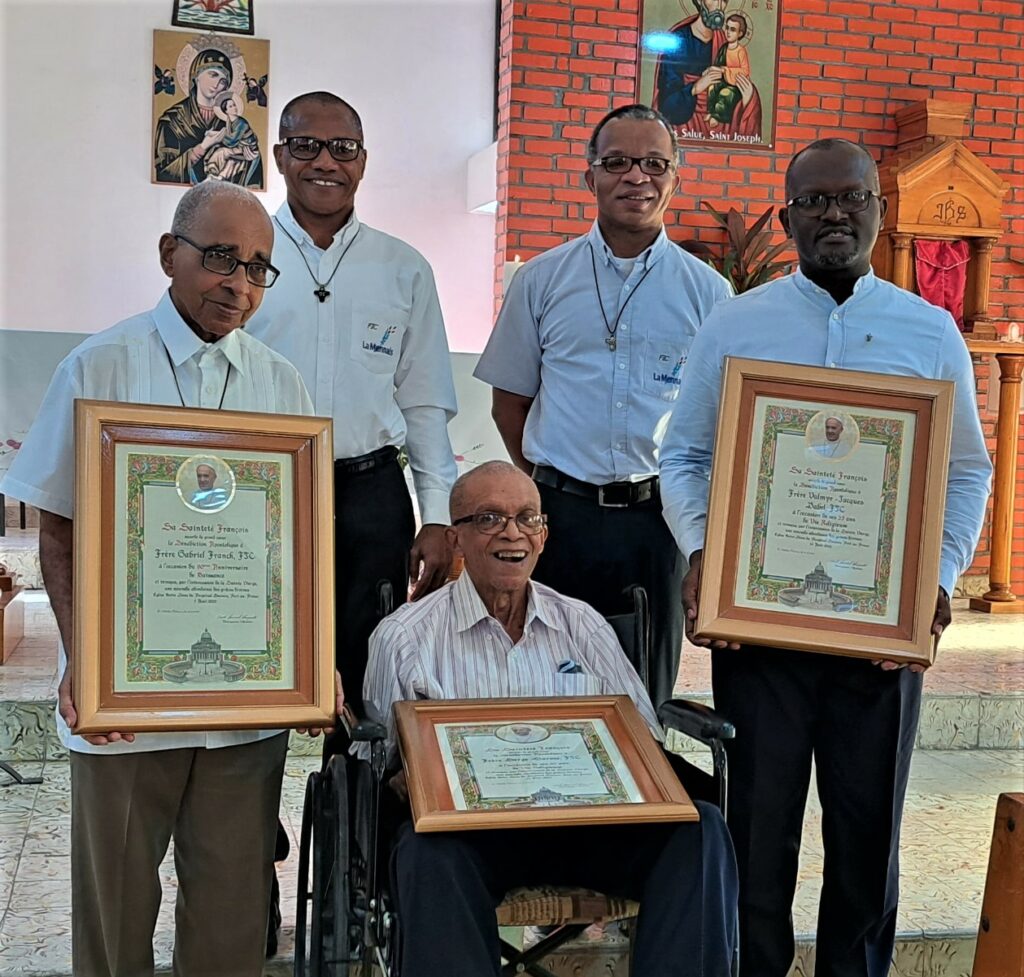 In addition, following the six days of spiritual renewal, the Brothers reflected and shared on the following themes: 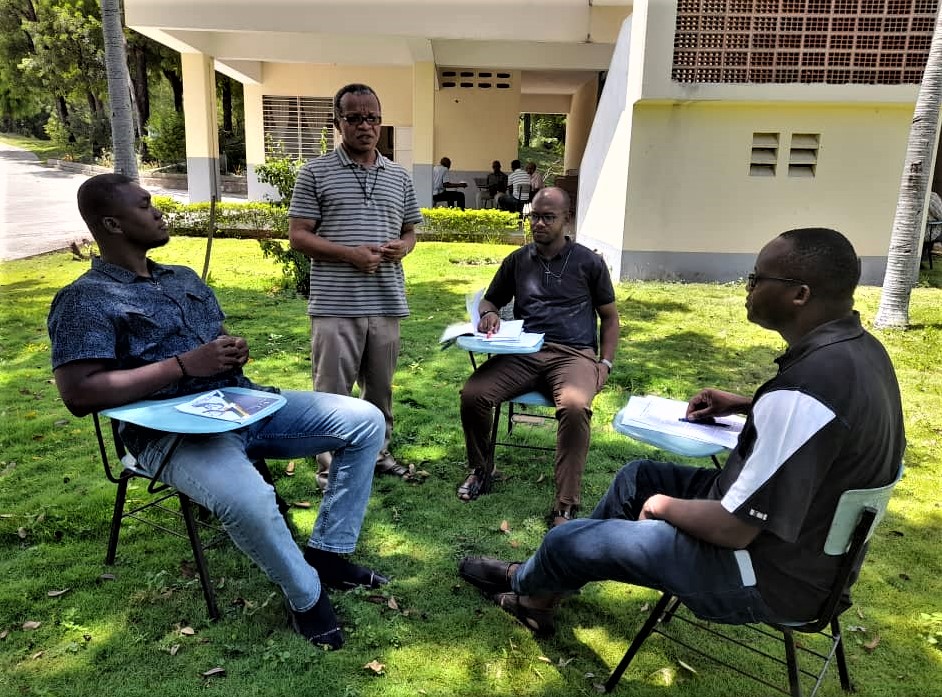 One of the workshops animated by Bro Hervé Zamor. Here with the fraternity of Jacmel. 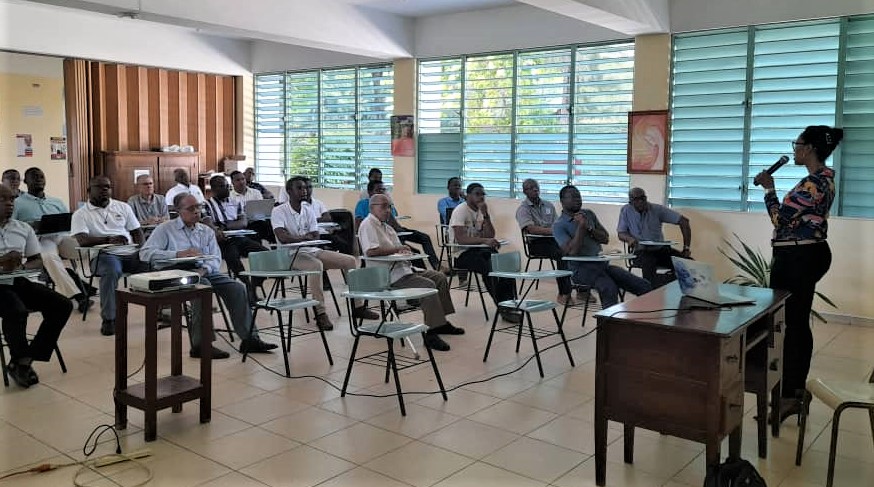 During the presentation on child protection

These sessions of formation led to the adoption of resolutions for the new academic year relating to our work with children and young people.

The climax of this time of conviviality among Brothers was crowned by the celebration of the first vows of Brothers Marc Jean-Louis, Marc-Arthur Pierre-Louis and Tédy Louis. 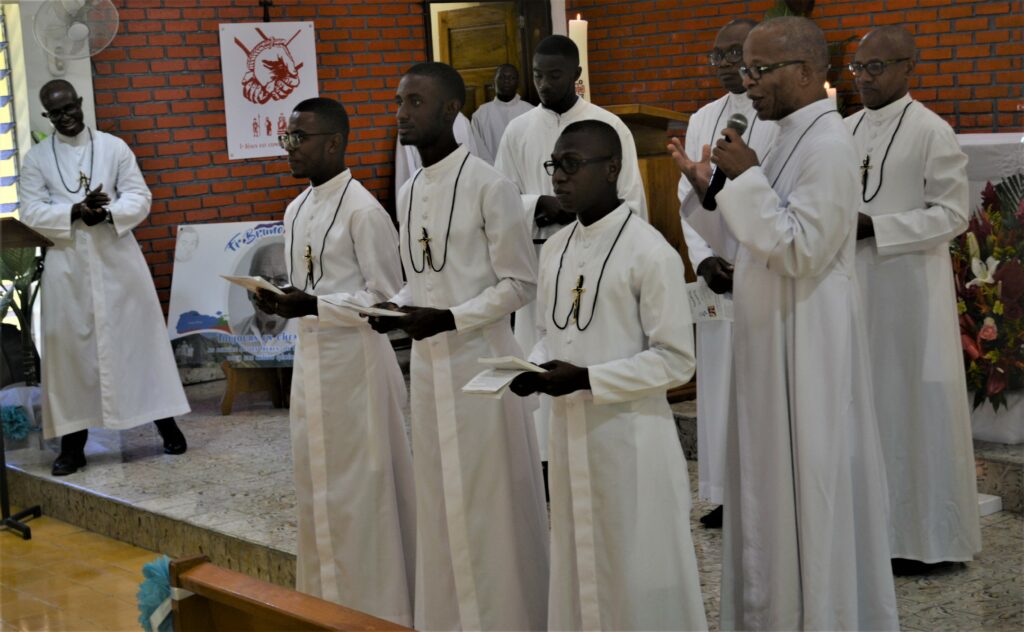 The first vows of the three Brothers were received by Bro Hervé Zamor, Superior General. From left to right: the Bros. Marc Jean Louis, Marc-Arthur Pierre Louis and Tédy Louis.

Their commitment was received by the Brother Superior General in the presence of the parents, friends and relatives of the newly professed.

The entrance to the Novitiate of 4 young people was also celebrated, as also  was the reception of 5 postulants.

The 4 novices and their formators: Brothers Jean Herbinière and Yves Allain, with the Brother Provincial and Brother Superior General. 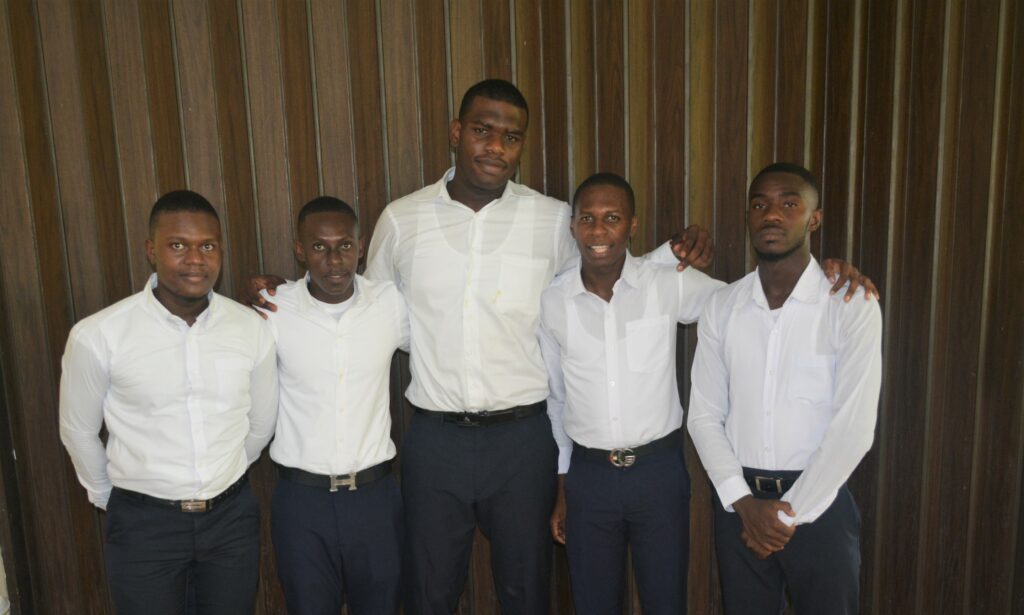 And at dawn on August 16th the Brothers went their own way, with each community joining its respective mission location.