From left to right: Bro Mario HOULE, Provincial and Michèle HETU, delegate of the associate Members.

Guided by the sign of the mission, the day was marked by a presentation of the theme of the year «Sent out for the  mission» with in particular the interventions of Bro Mario HOULE, Provincial and Michèle HETU, delegate of the Associate Members­­ Committee. 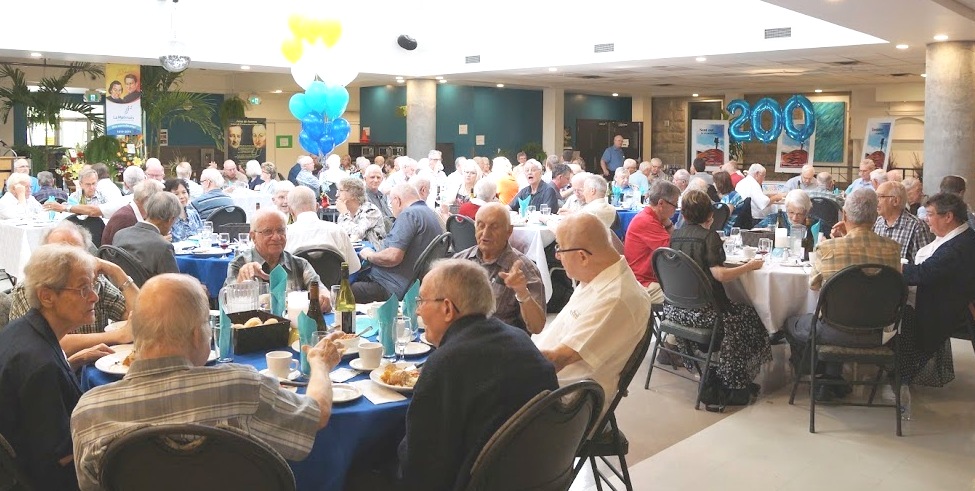 Small group discussions between Brothers and lay people, a fraternal meal preceded the inauguration of the monument marking the 200th anniversary of the founding of the Congregation followed by a celebration. 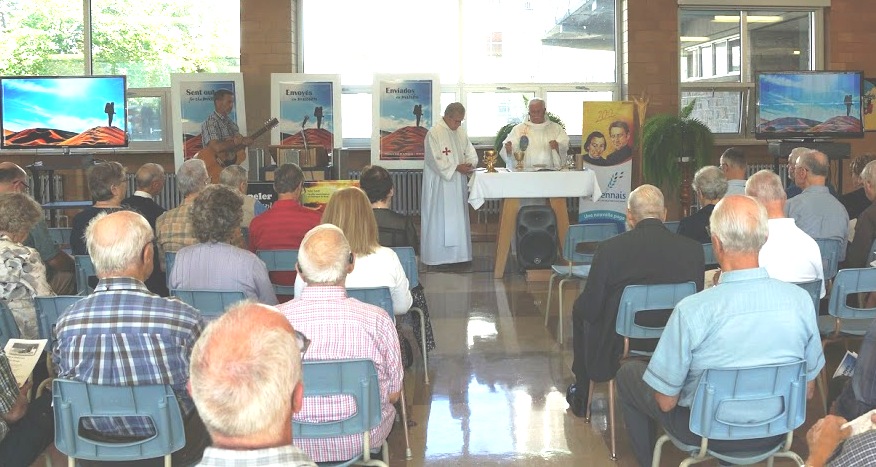 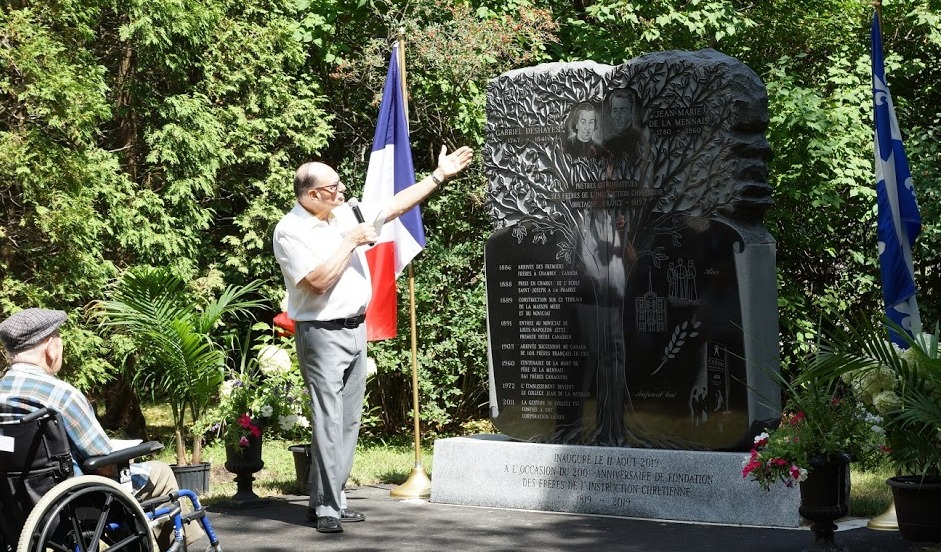 Bro Hervé Lacroix, director of the Mother House was the designer of the monument.

He explains here the interest and the meaning of this creation. 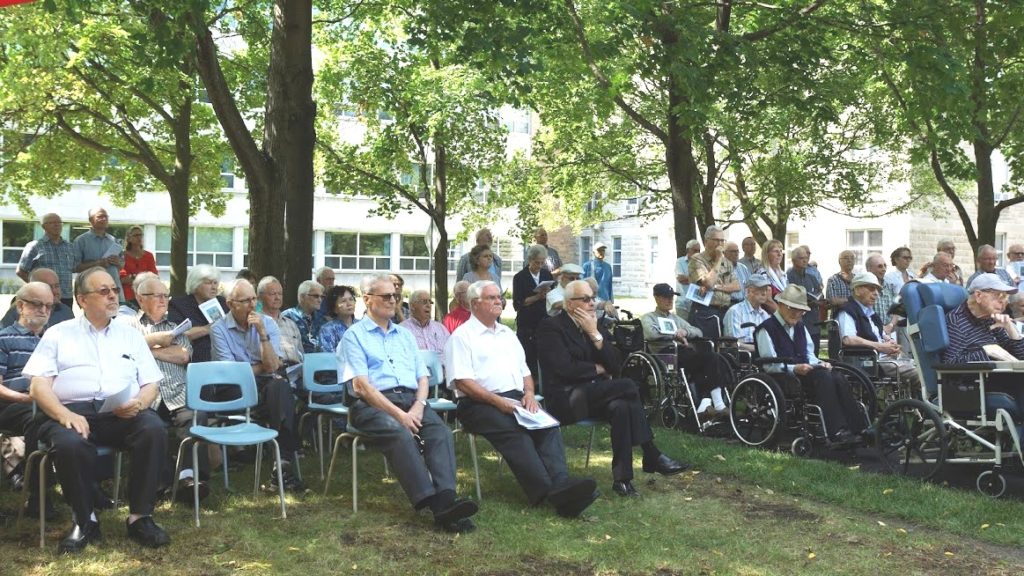 “This monument, like a large open scroll, reveals a beautiful story with heroes on top of a giant tree. They are Gabriel Deshayes and Jean Marie de la Mennais, priests, Cofounders of the Brothers of Christian Instruction, in Brittany, France, 1819. 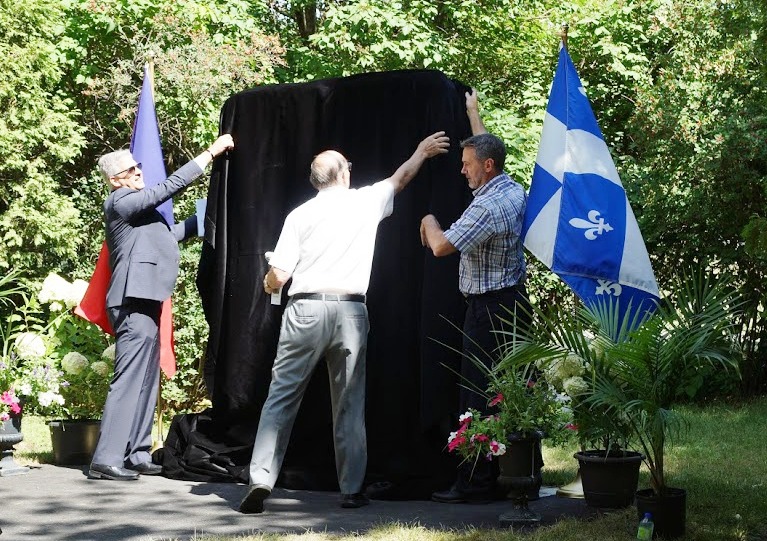 The unveiling of the monument by Richard Myre, Director General of the Collège La Mennais La Prairie, Bro Hervé Lacroix, Superior of the Mother house and Bro Mario Houle, Provincial. 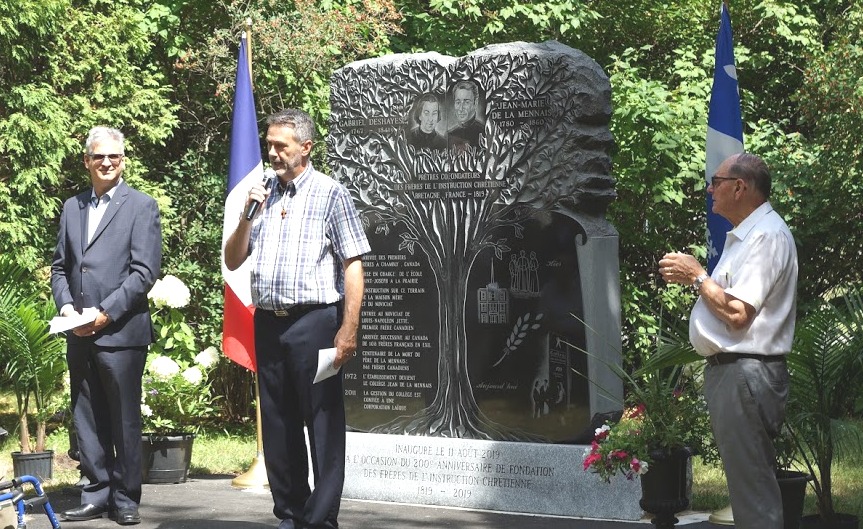 This young stalk became a large tree from which a branch broke off in 1886 to flower in Chambly, Quebec, and in turn produce fruits in abundance in Canada and abroad. The parchment recalls, on the left side, our deep roots and significant moments in our history from yesterday to today.

1886 Arrival of the first Brothers at Chambly, Canada

1889 Construction, on this land, of the mother house and the novitiate.

1891 Entry into the novitiate of Louis-Napoléon Jetté, first Canadian Brother

1903 Successive arrival in Canada of 108 French Brothers in exile 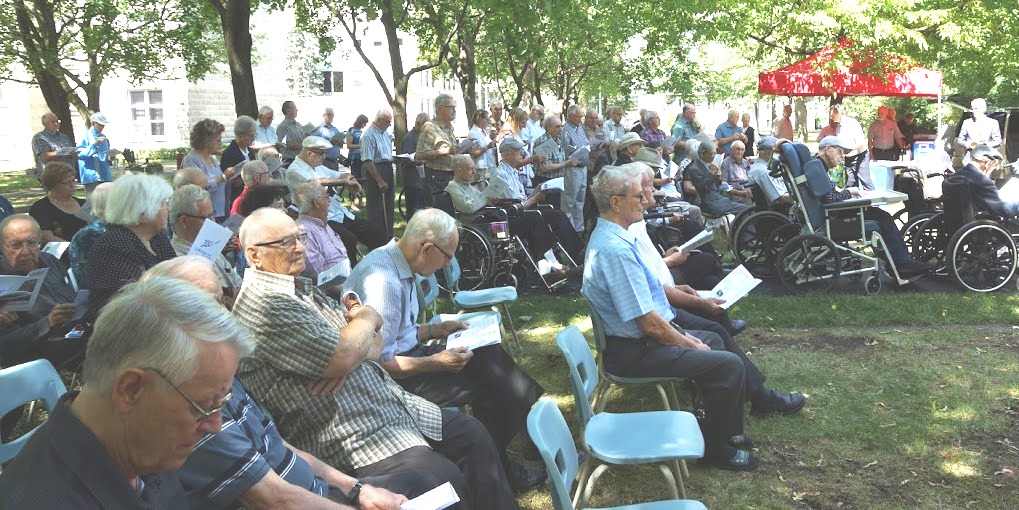 On the right side, we find an illustration of the first wing of our house in 1819, topped with its traditional bell tower. Some Brothers at work, in cassocks, testify to their commitment as educators at that time. We are their heirs.

At the bottom on the right side is the illustration of the Collège Jean de la Mennais de La Prairie and young people of the coming up generation testify that the dream of our Founders is still alive today. 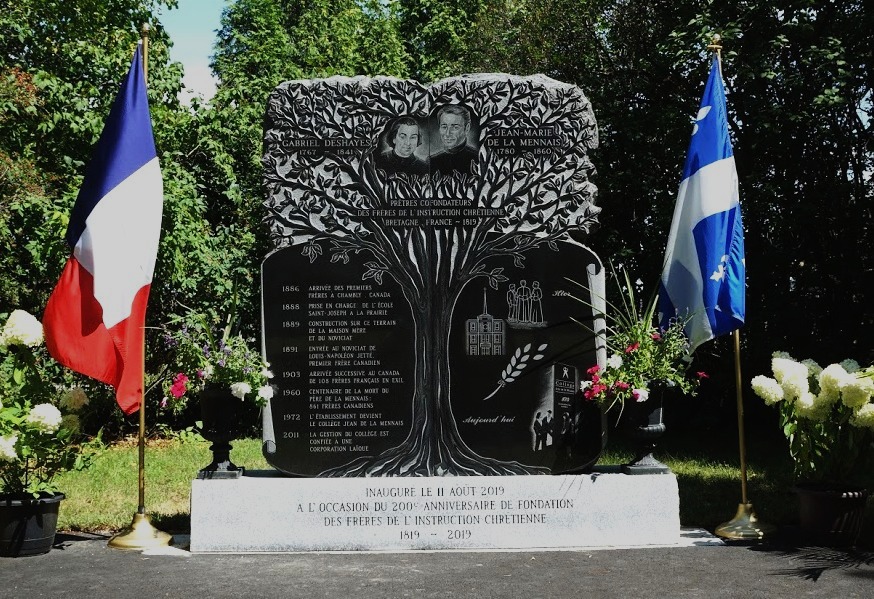 The monument is installed in the park of La Prairie Mother House.

Finally, the little branch that traveled from Ploërmel to La Prairie, carrying with it the motto of the Brothers of Christian Instruction: D+S -God Alone – tells us that the goal of a Mennaisian school always remains the same: integral, human and Christian formation of the young in today’s difficult context.”

The Société “Monument Saint-Georges” de Longueuil was responsible for the construction, the material being black granite imported from Zimbawe.