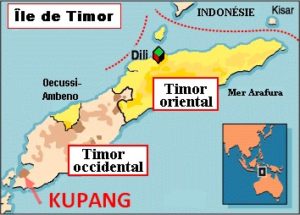 Brother Superior General authorized the opening of a new Community in Indonesia in the City of Kupang. Kupang is the capital of the Region which includes among others the Islands of Florès (Larantuka) and Timor. The Island of Timor is divided in two to the East, of the Country, East Timor and to the West several Indonesian departments. Kupang is located in the Westernmost department with an estimated population of 500,000. This is the 3rd Community in Indonesia (after Larantuka and Yogyakarta)

The Brothers Adrianus ANDI, Fabianus LAGUR and Philippe BLOT would form this new Community. Brothers Andi and Faby will begin a cycle of studies; Bro Andi in English at the Catholic University and Bro Faby at the Catechetical Higher School which trains teachers of religion. Bro Philippe will continue his work of Vocations Ministry as well as other services for the Mission. 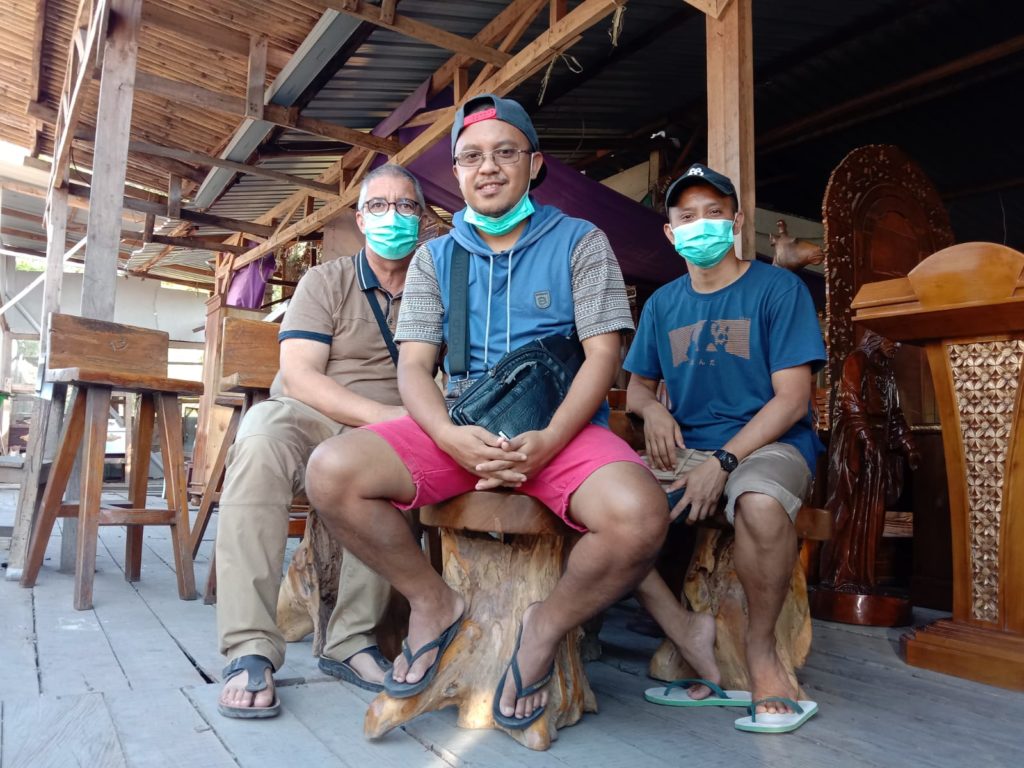 In addition to the specific missions of each one, the Community has the objective of welcoming the Brothers passing through since all the Indonesian Brothers till now are from this region. The Community will also be able to give visibility to the Congregation in a University City where many young people from the region come to study. 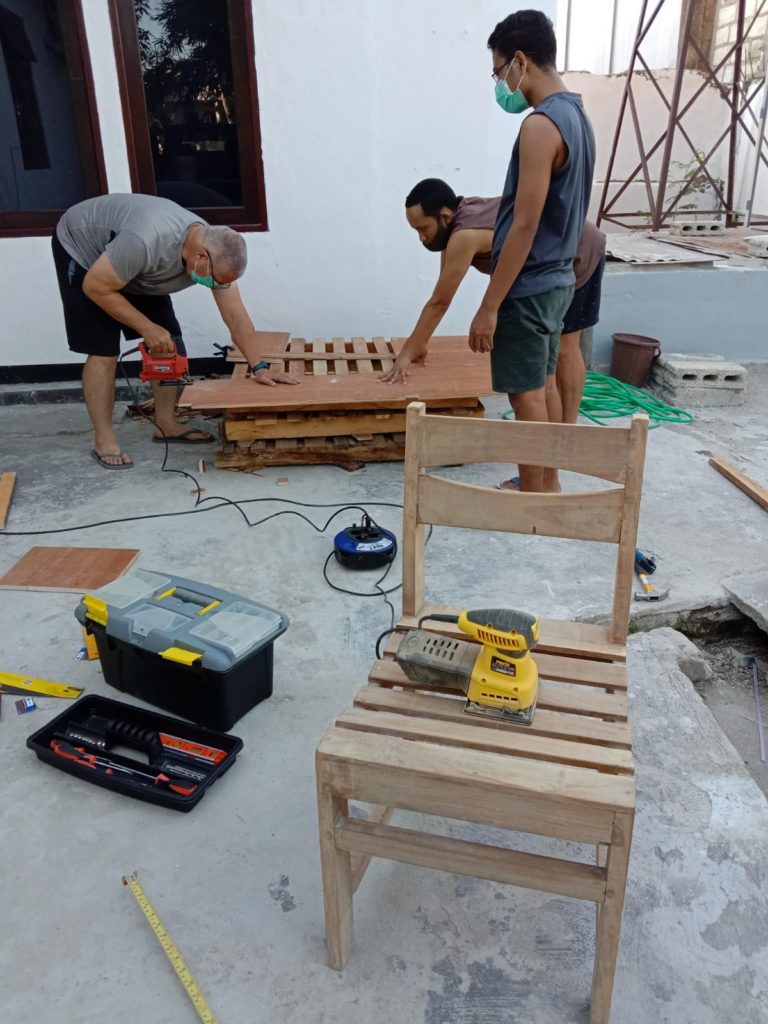 4 weeks of installation: various expenses, manufacture of furniture by local Artisans, even by the Brothers themselves…

Last May, Brothers Andi and Philippe came to look for a house for rent. They found it in a so-called sector of the New City, very close to the Catechetical School where Bro Faby would study, in the Parish of Notre Dame de l’Assomption area. 15 minutes from the Airport and the Catholic University, the house is located in a quiet area where Catholics, Protestants and Muslims cohabit. 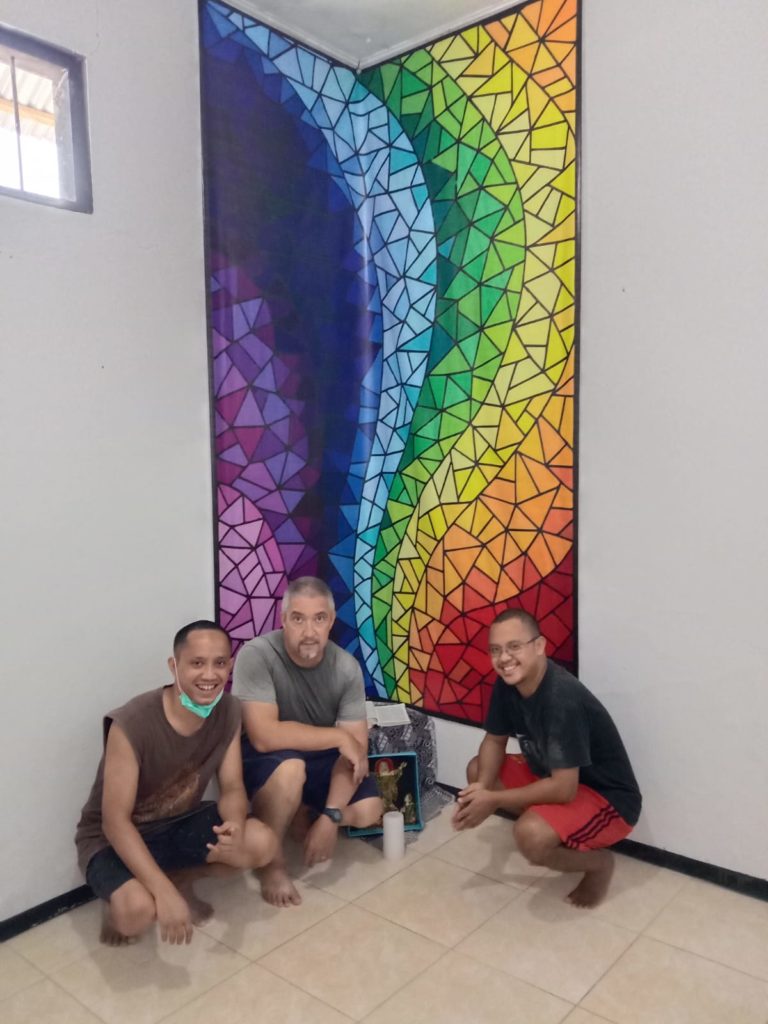 Brothers Faby, Philippe and Andi in their future oratory

On June 28th , the Retreat  ended, and Brothers Andi and Philippe arrived in their new empty house and slept there after  after buying two mattresses. Bro Faby joined them a few days later. Then  4 weeks of installing: various items, manufacture of furniture by local craftsmen, even by the Brothers themselves… 4 bedrooms, 1 guest room, a Kitchen, a Dining room and the Chapel began to take shape little by little; and some spaces not yet very green but projects are already born.

At the same time as its installation, the Community honoured one of its objectives: to be a home for the Brothers passing through. The Brothers of Yogyakarta, returning from holidays, were able to be welcomed at the Community for a night or more, or even more than a week, the time to find the vaccines or the Hospitals practicing the PCR tests, vaccines and test being required to travel to the Island of Jawa. All in such a special atmosphere linked to the resurgence of the pandemic in Indonesia. While some were touring Supermarkets and other Bricolage stores, others were touring Hospitals… two ways to get to know the City of Kupang.

During the month of August, the Student Brothers will begin their studies and the Community will find its rhythm of operating… Counting on the prayer of all…