The Brothers of the General Council and the 5 laypeople associated their reflection concerning the Mennaisian Family.

5 laypeople forming the temporary Commission of the Mennaisian Family were invited by the General Council of the Congregation for a meeting on May 23rd and 24th at the Generalate in Rome.

Following the International Assembly of July, 2015 in Ploërmel, several themes were at the heart of the exchanges: formation, the young people and the preparation of an international commission of the Mennaisian Family.
Reports on the realities lived in various continents and reflections and proposals were shared by the participants. The temporary commission gathered in Rome consisted of: Michèle HETU – Canada, Jean-Robert LEBRUN – Haiti, Laura José – Argentine-Uruguay, Lorena MOLINA – Spain and Françoise LE BRETON – France.

Various lines of action concerning the animation, the training and the organisation of the Mennaisian Family will soon be made known. 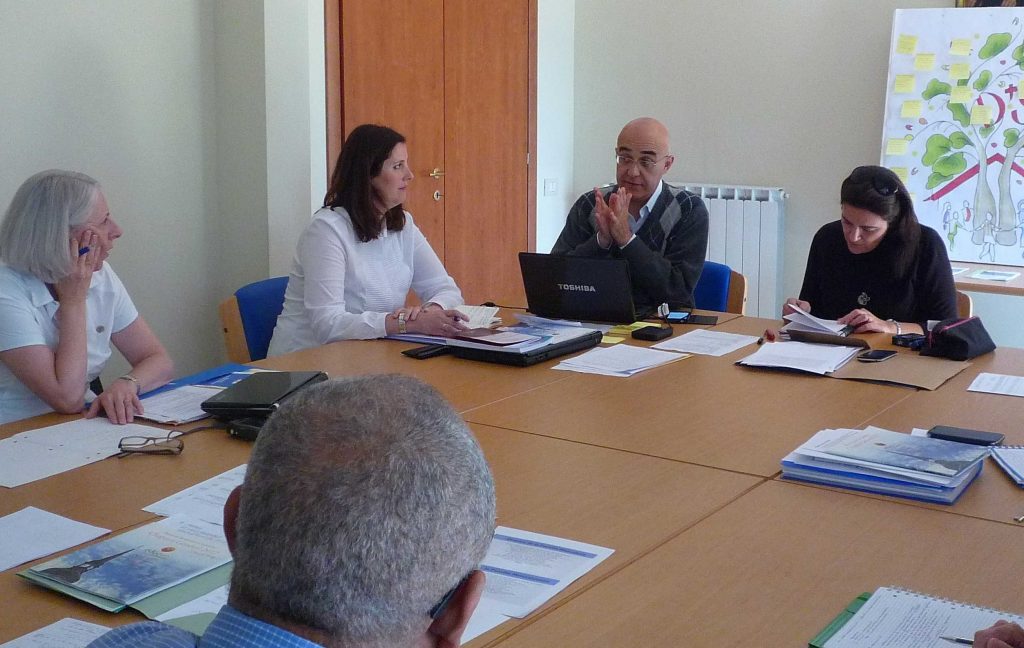 Lively exchanges between laypeople and Brothers.