On January 1st, St Teresa of the Child Jesus Province of Uganda celebrated the 75th Anniversary of the Religious life of Bro Arseni KWEBIHA, 99, the first Brother of Africa to reach the Platinum Wedding. He died on January 13th 2022. 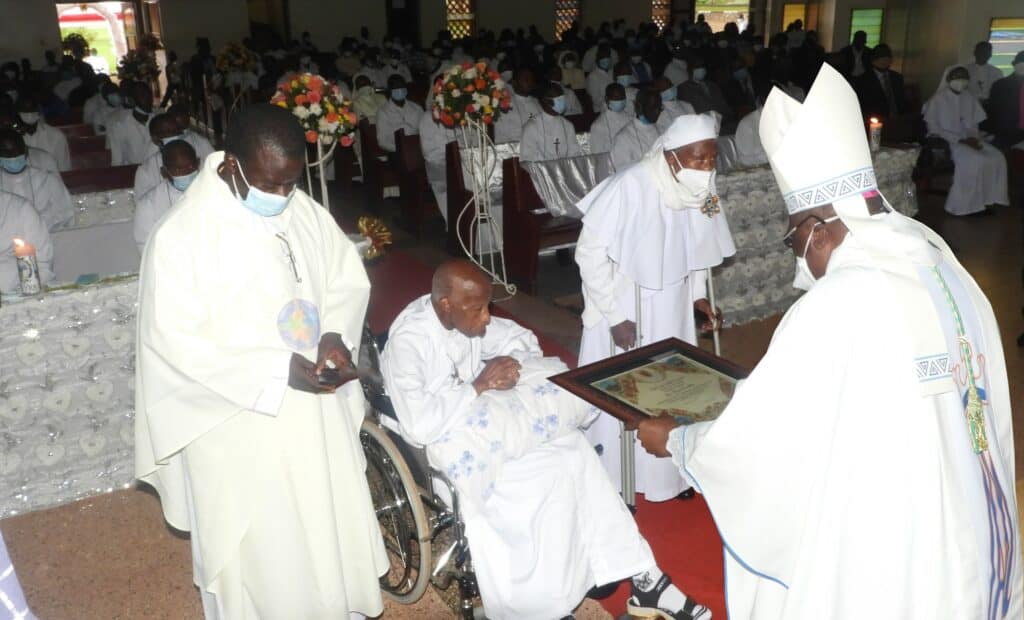 Handing over of the Pope’s blessing to Bro Arseni KWEBIHA during his Platinum Jubilee on January 1st in Kisubi.

Born on 17th August 1923 in Hoima, Bunyoro, Uganda, he made his Perpetual Profession on 1st January 1953.
His various posts were as follows: He has served in the following Schools and Communities as Teacher, Headmaster or Superior: Obituary of Bro Arseni KWEBIHA. Bukuumi, Kyegobe, Kasasa, Rubaga, Mugwanya, Kitovu Bursar, Kisoro, Rubaga, Kabojja, Rome and Kisubi.
His funeral took place in Kisubi on January 14th 2022.
May he Rest in Peace! 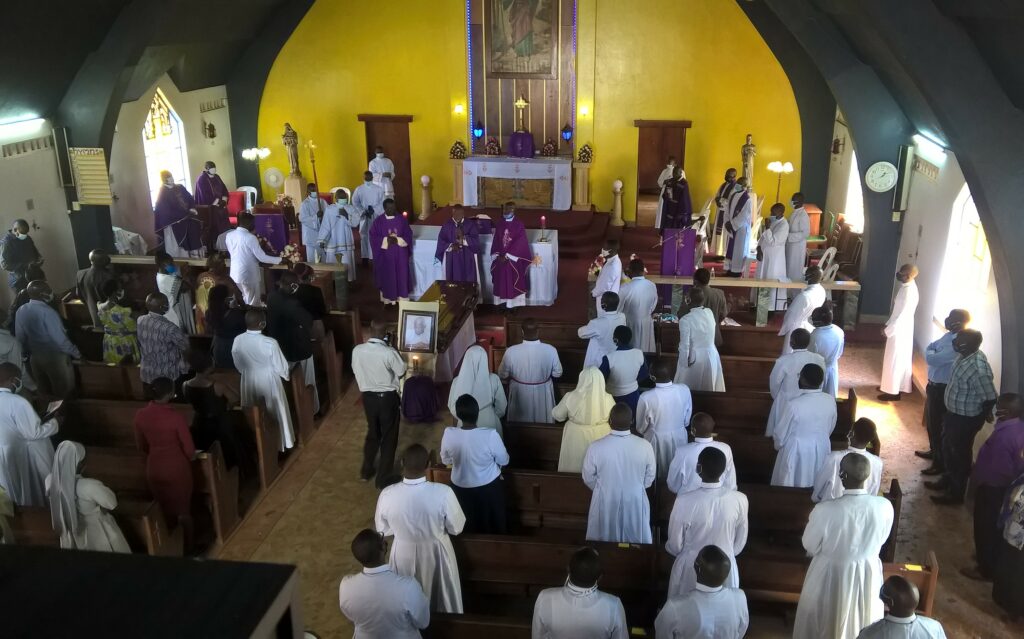 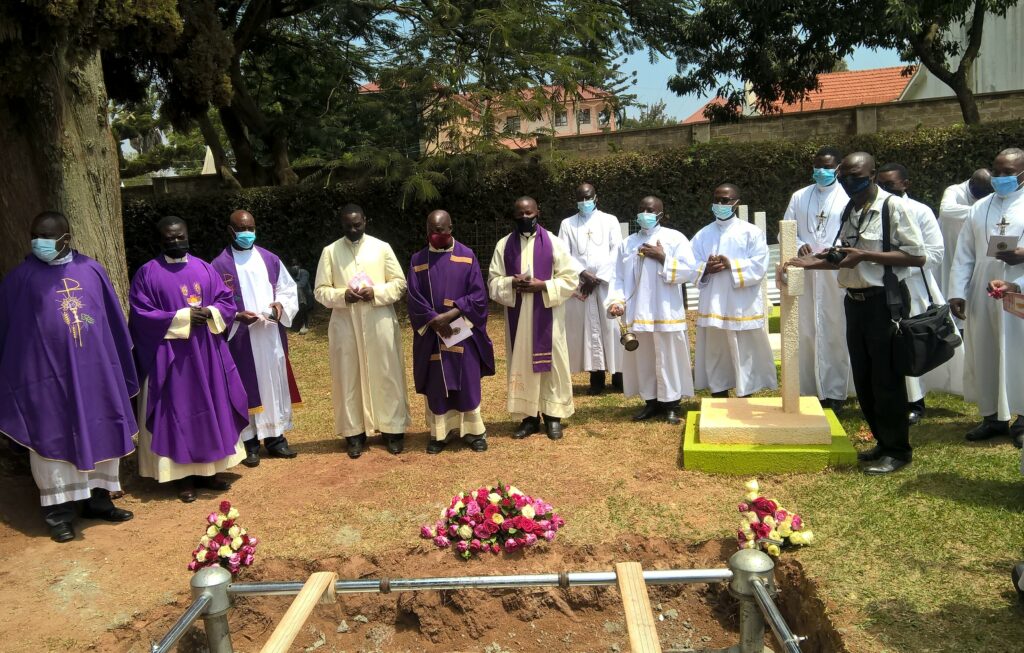 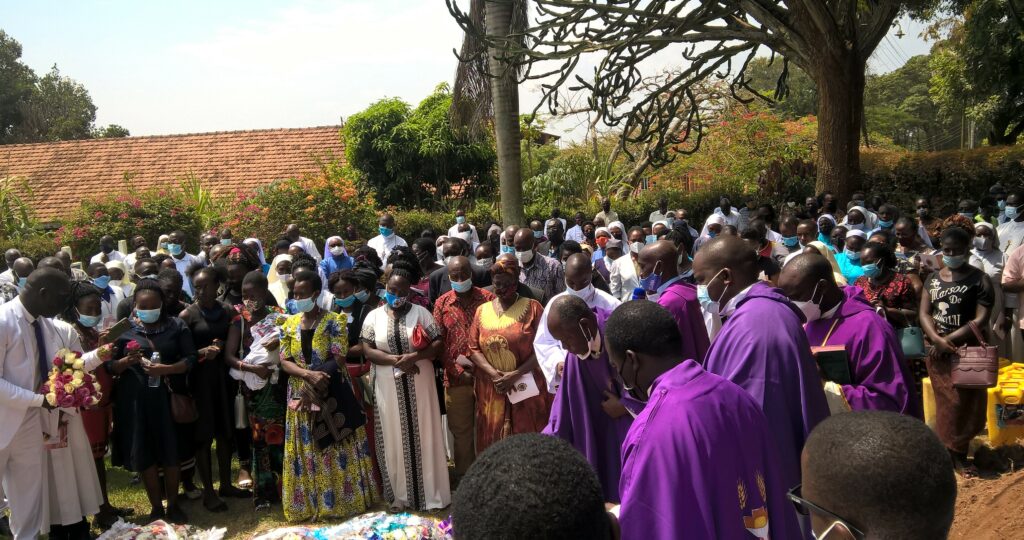 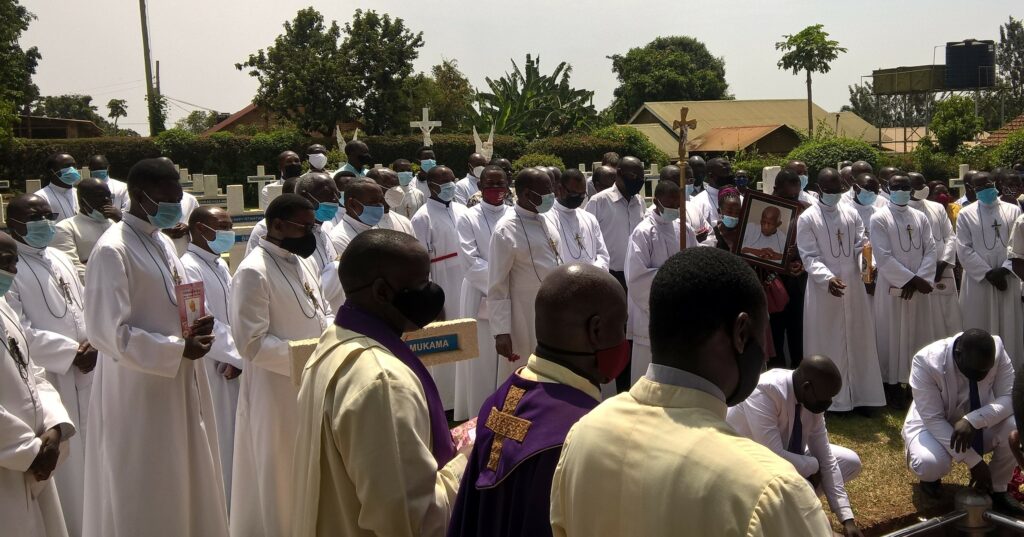 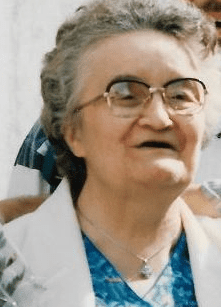 At the dawn of her 102 years, Sister Monique LE SCORNEC, Sister of the Providence of Saint-Brieuc died on January 13th 2022 in Saint-Brieuc.
Monique LE SCORNEC was born on March 17th, 1920 in Ivry, in the Paris Region. Blind by birth, she made her Novitiate in 1940 in St Brieuc and then her Schooling in a suitable Institute and received a Musical Training. From 1942 to 1972, she taught Music and Singing at La Providence School in St Brieuc while being an Organist. She then became Manager of the Valentin Houy Educational Centre in the Paris Region.
From 1974 to 1986, she taught Braille at IRSSEN in Reims, then, attached to the Ivry Community, she was a Translator at the Valentin Houy Institute in Paris. She made her daily trips alone by Metro. Since 2007, she lived at the Ermitage St Joseph in St-Brieuc. Sr Monique has invested a great deal in Musical Training and the accompaniment of people with visual impairments.

The Dean of the Congregation

Now, the Dean of the Congregation of the Daughters of Providence is Sr Jean HENON, born on November 6th, 1920 in Planguenoual, Côtes d’Armor, France – She just celebrated her 101st Birthday a few weeks ago.

Thanks to Sr Madeleine ROULIN

Death of Mrs Janik BLIN, Painter who produced the Picture of the Union Treaty

Benefactor of the Congregation, Sister-in-law of Brother Michel BLIN -deceased -, Mrs.Janick BLIN, had made the painting representing our Founders, Jean-Marie de la Mennais and Gabriel Deshayes, signing the Treaty of Union.

Her funeral took place on January13th , 2022, in the Church of Saint-Melaine in Rennes. 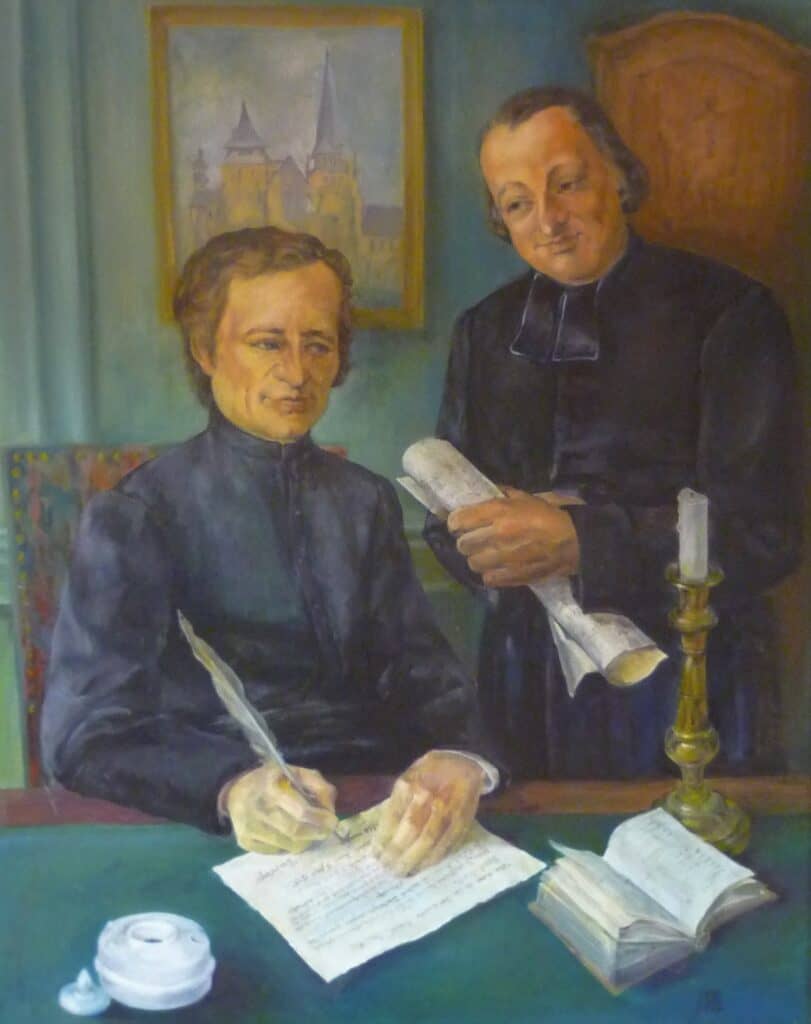