The Brothers who pronounced their first Vows, together with Bro Miguel Aristondo, Assitant general and Bro Casio Aizire, Provincial.

A passage to the New Year full of promises! On December 31st, The Brothers of Christian Instruction of St Teresa of the Child Jesus Province, Uganda, attended at Kisubi the entrance of 9 to the Novitiate and 12 Novices for their First Profession. The following day, 6 Jubilarians celebrated, including Bro Arsen Kwebihan, 75 years of Religious life: the first time for a Brother from Africa to celebrate! Presentation of these three events. 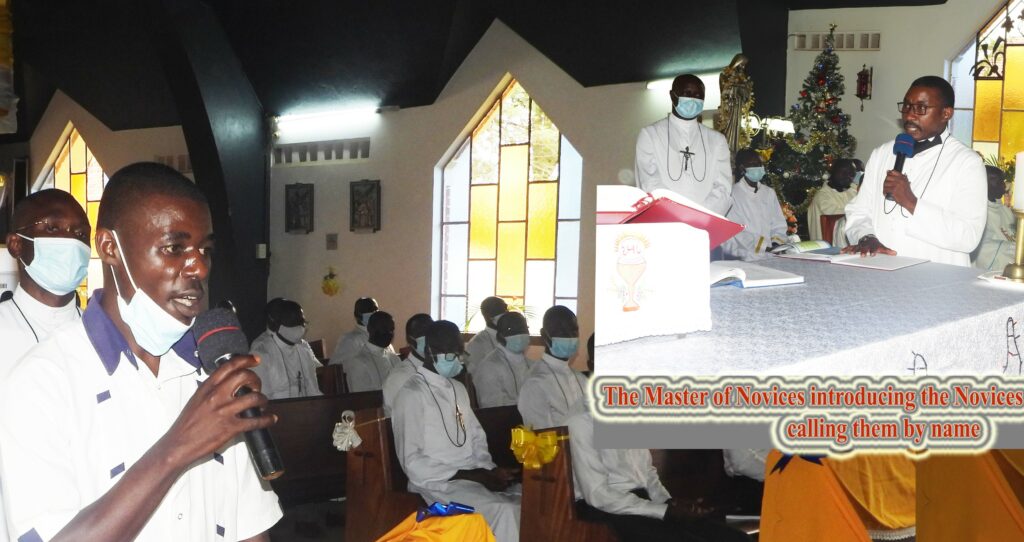 The Brother Master of Novices calling each novice. 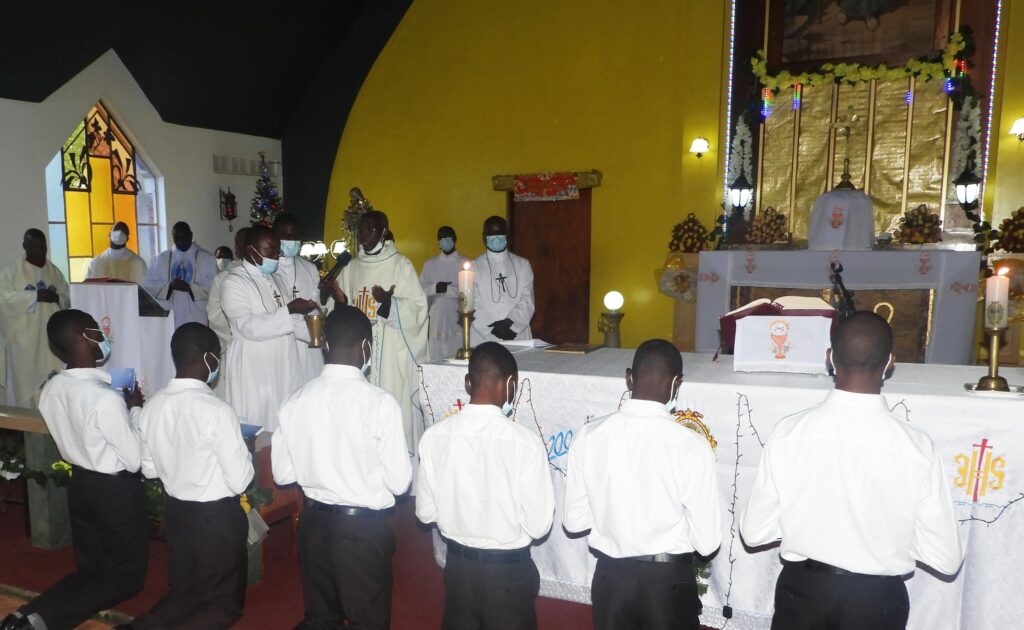 Celebration of Entrance to the Novitiate. 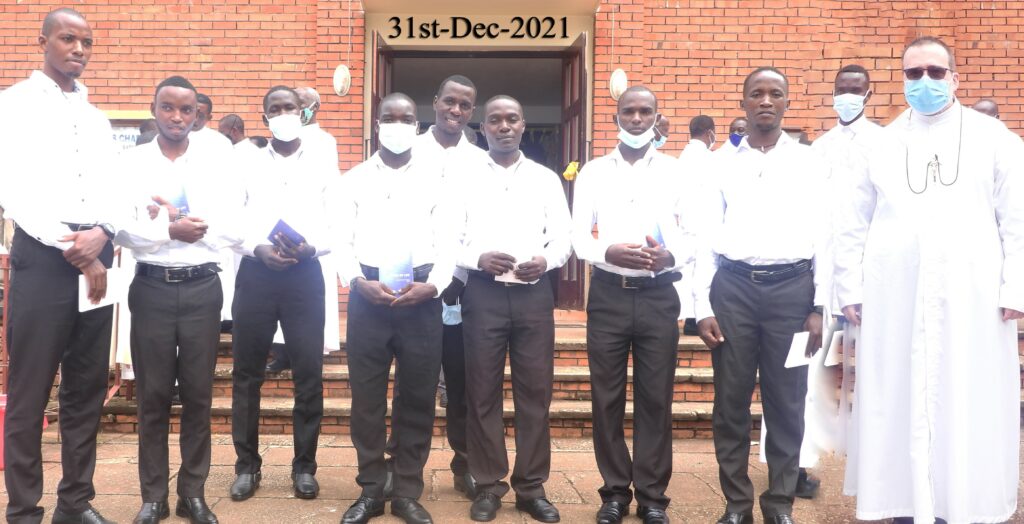 The group of Novices with Bro Miguel Aristondo, Assistant General.

1st Religious Profession. On the same date, 12 Novices Pronounced their First Vows.
Among the Brothers who made their First Vows, six are from Uganda, four Brothers from Kenya-Tanzania and two from Rwanda. Their vows were received by Brother Miguel Aristondo Assistant General, Delegate of the Superior General. 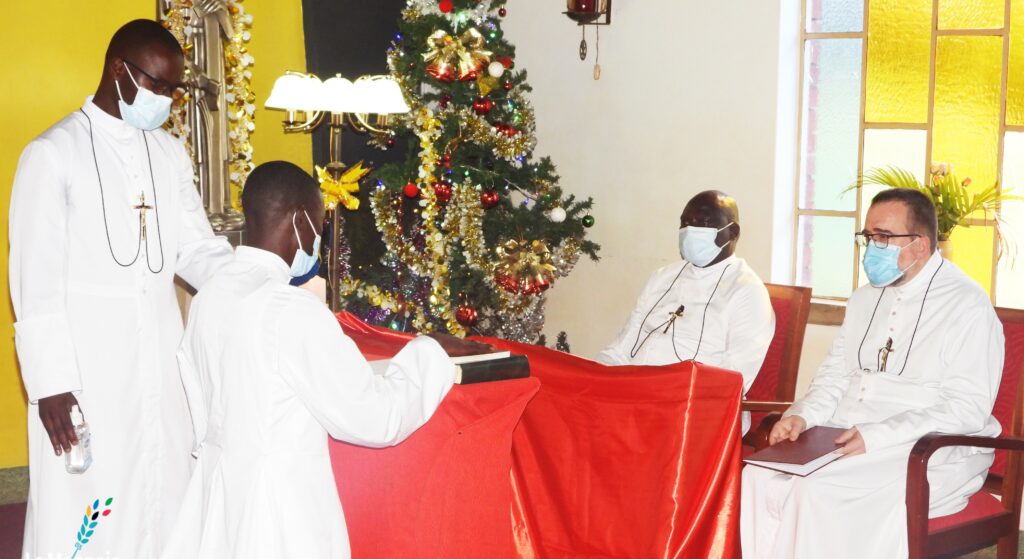 Bro Miguel Aristondo receiving the Vows of the Brothers.

There was the Renewal of Temporary Vows on the same day.

Brothers who made their First Vows or Renewed their Vows on this day with the main celebrant and co celebrants after Mass. 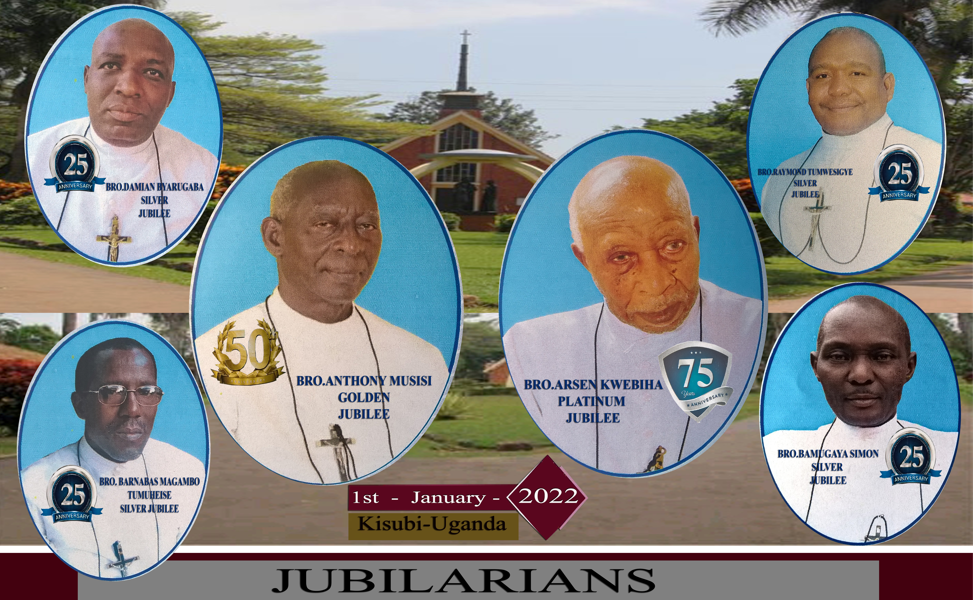 On 1st January, Saint Teresa of the Child Jesus Province also Celebrated and Congratulated the Silver, Golden and Platinum Jubilees. The Holy Sacrifice of the Mass was presided by Archbishop Paul Ssemwogere of Kampala. Bro Miguel Aristondo, Assistant General, represented the Superior General. 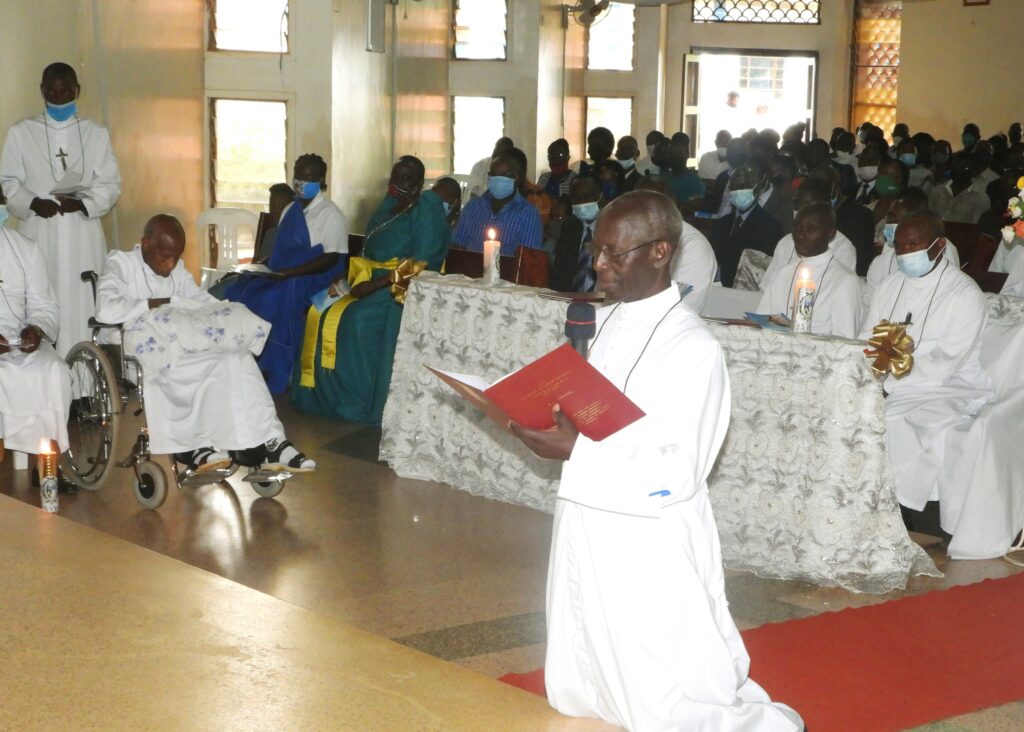 The Platinum Jubilarian is Brother Arsen Kwebiha. He is the first Brother of Christian Instruction of Saint Teresa of the Child Jesus Province of Uganda and of all Africa to celebrate the Platinum Jubilee. We Thank and Praise God for this. 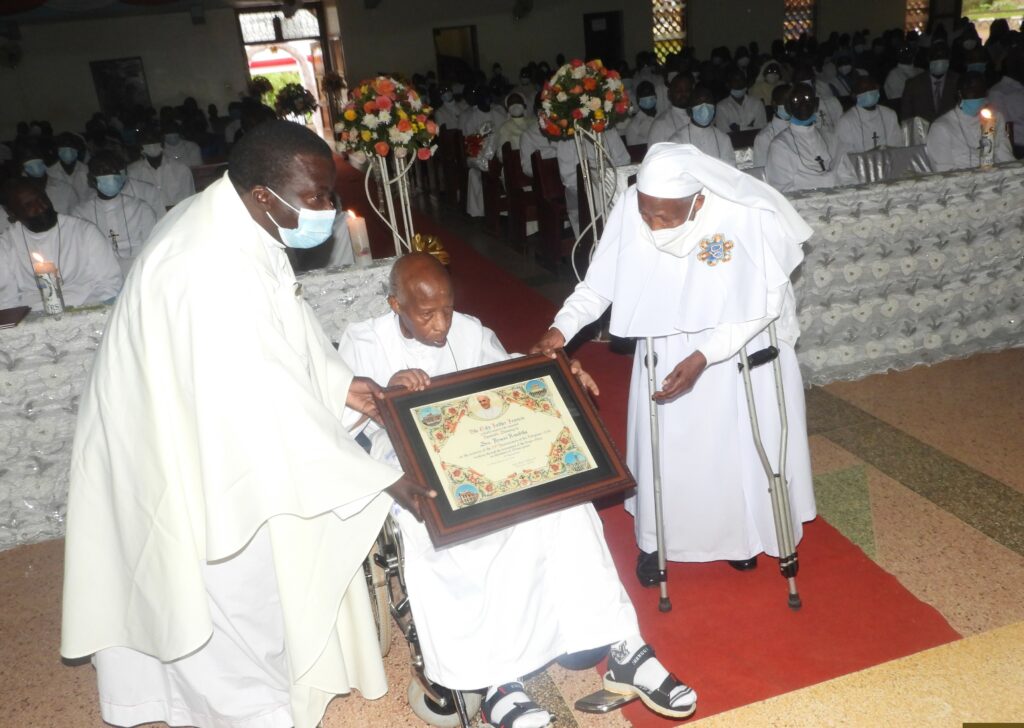 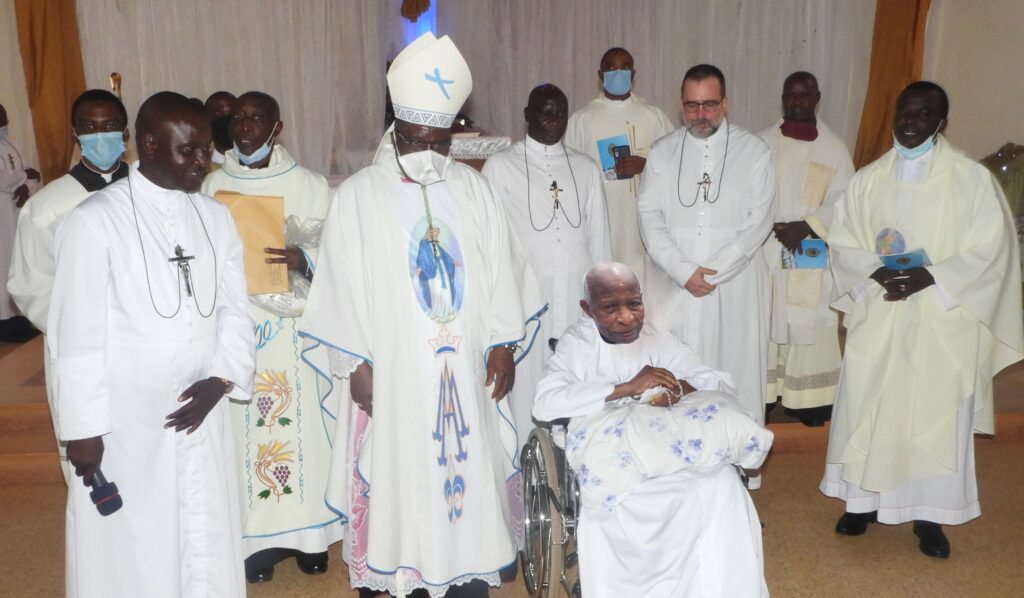