The 4 novices pronounce their vows at  the end of their retreat.

At  the end of their retreat which took place from the 19th to the 26th August 2019 at the monastery of Dzobégan, four Novices took their first Vows on the 3rd September at Dapaong, Togo.
They were Brothers:  Denis – from Senegal -, Germain – from Togo -, Jean de Dieu and Joseph – both from the Congo DRC -. 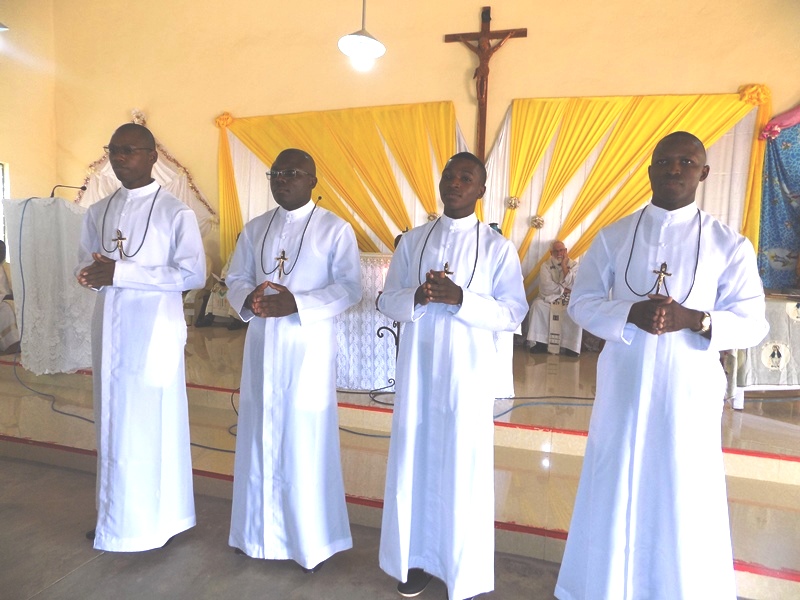 They committed themselves into the Congregation of the Brothers of Christian Instruction through the profession of the vows. 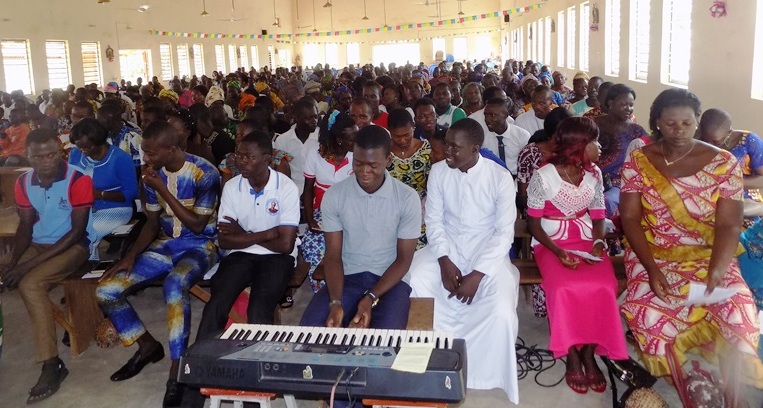 Parishioners, some members of Bro.Germain Yaoba’s family, a good delegation from Mango and many friends ,gathered together at the Parish of St. Paul at Dapaong for this beautiful celebration. 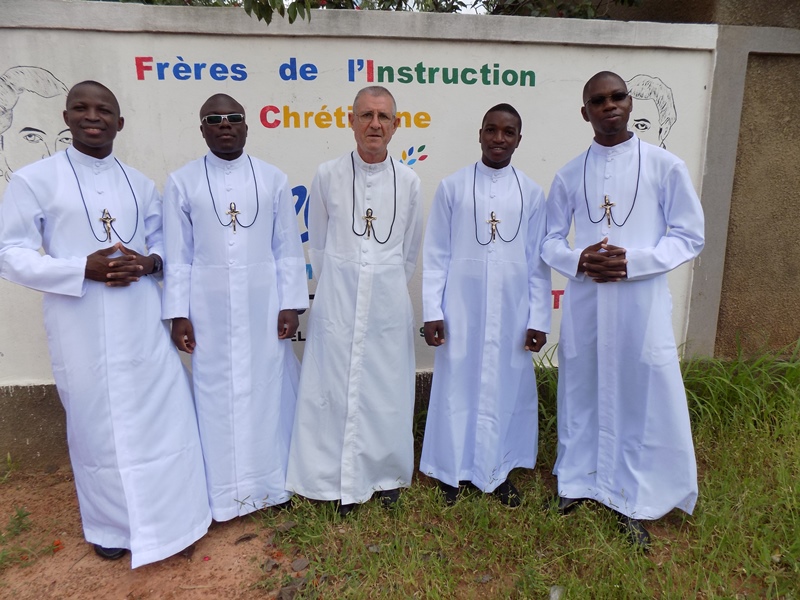 Bro Jean Herbinière, Master of novices for the District of  West Africa since the last 16 years, was greeted and thanked. He completed his term and will join the Novitiate community in Petion-ville, Haiti. He was replaced- at Dapaong-  by Bro Eric Mugica. 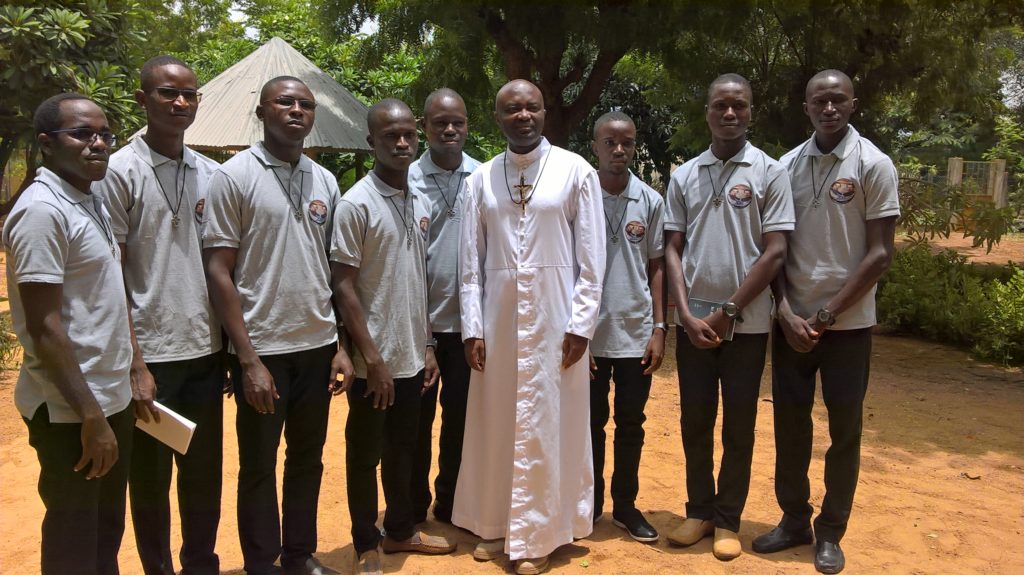