Workshops, meetings, celebrations, artistic achievements, sports exchanges, cultural creations, presentations during classes, exchanges with guests: these are all actions that have taken place since 18th  November and until 26th  November around the world. It is the general mobilisation at the service of brotherhood, an energy drawn from the heart of Jean-Marie de la Mennais and his relationship with Christ. A fruitful relationship, which helps to grow…

JM de la Mennais College in Man is looking for an institution to carry out a twinning.

The Mennaisian Brothers and laity have been responsible for the College for several decades. They left several years ago. And we receive this contact in the middle of this week, as a strong symbol.

“I am Jean Philippe DAGNITCHE, I have been appointed by the Bishop of the Diocese of Man, Director of Jean de la Mennais Catholic College of Man since September 2019. 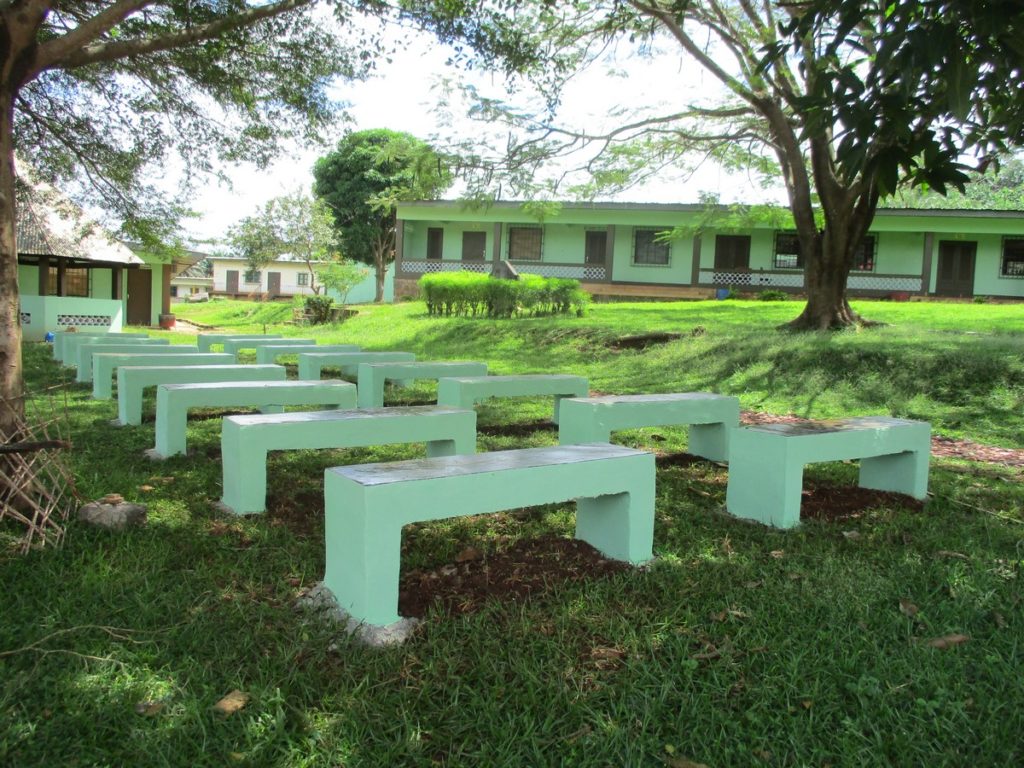 Since I took office, and seeing the curiosity of my students wanting to know who are the Mennaisian brothers and who is Jean Marie de la Mennais, I have been trying to give another face to the college, with the Mennaisian principles that I learned from the Brothers when I was teaching at the time the Brothers were running this college.

Today, with the agreement of my Superiors, I have decided to organise the Mennaisian week of our college from 25th  November 2019 to 30th  November to commemorate with the whole Mennaisian network, the anniversary of the death of our Founder Jean Marie de la Mennais. 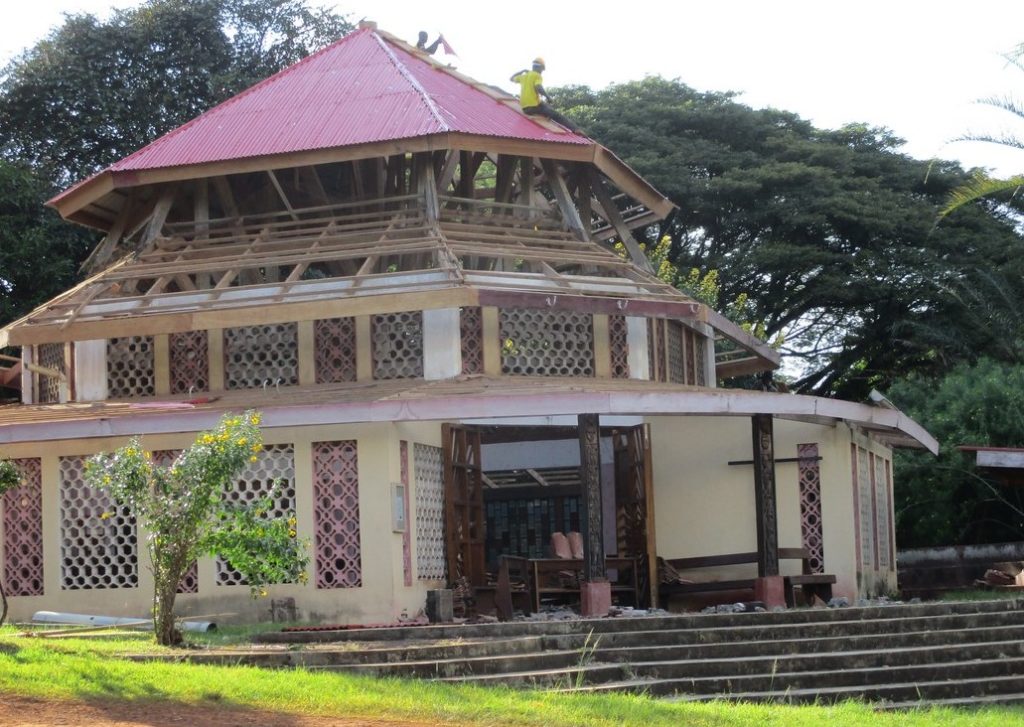 The chapel of the JMLM College in Man, under reconstruction. 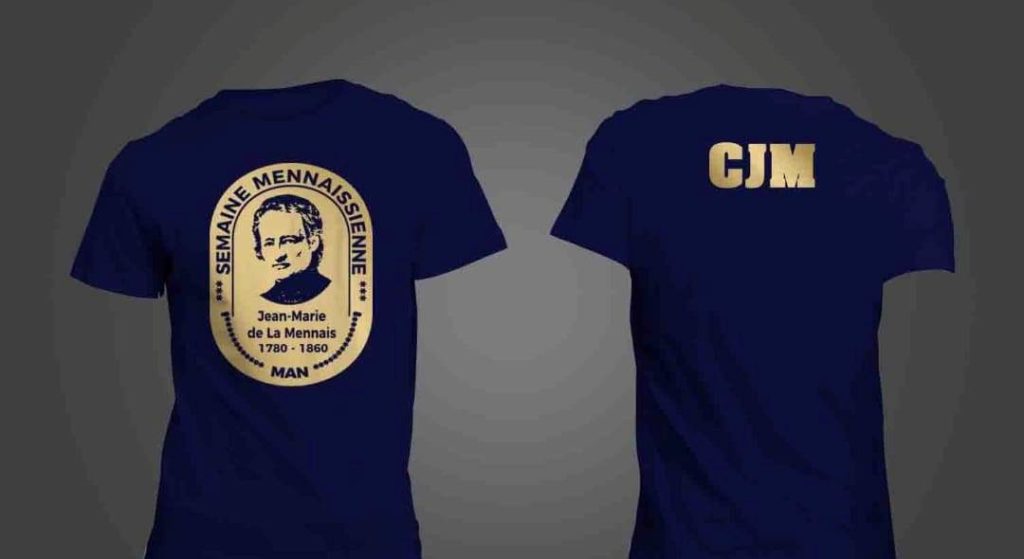 Here everyone is mobilised for the success of the event, a first in the history of the College since the departure of the Brothers. Even the chapel, which has been abandoned since the crisis of 2002, is being rehabilitated.”

+ News from POLYNESIA. Celebration on 16th November in Papeete

«This Saturday the 16th November was the celebration of the Bicentenary of the Institute of the Brothers of Christian Instruction, better known among  us as «La Mennais Brothers. » Jean Marie de la Mennais and Gabriel Deshayes are at the origin of this Institute, founded in 1819.

This celebration gave the participants the opportunity to give thanks to God for all the religious families of men and women who came to Polynesia to found, strengthen and see to the growth of our Church spread over the five archipelagos. This duty of remembrance is not useless because our diocese and our communities are what they are today, thanks in part to the witness of life, of faith, of patience and determination of these men and women who had left everything, families and countries, to respond to the missionary call that the Lord had made resounding in their hearts.

Can we imagine the work they did in times when the plane did not exist, when only a boat could reach the islands, where everything had to be built, organised (parishes, churches, schools, etc.)? The witness of life and faith they gave to gain trust? The difficulties and struggles they have gone through so that the Church may find her place and fulfil her mission? The number of children and young people who owe them so much for their formation, even today?

The years pass, the memory and the recognition gradually fade. Every year, the number of faithful and celebrants in the Turamaraa of the Mission Cemetery decreases as it is a beautiful opportunity to remember and give thanks to God.

Also, thank you to the La Mennais Brothers for having on the occasion of their bicentenary feast, awakened the faces of their elders and founders, not to live in nostalgia for the past, but to draw from the witness and commitment of these “elders” something to strengthen us and help us to pursue the mission they initiated.”

Pupils on Thursday 21 have prayed for the beatification of Jean-Marie de la Mennais. 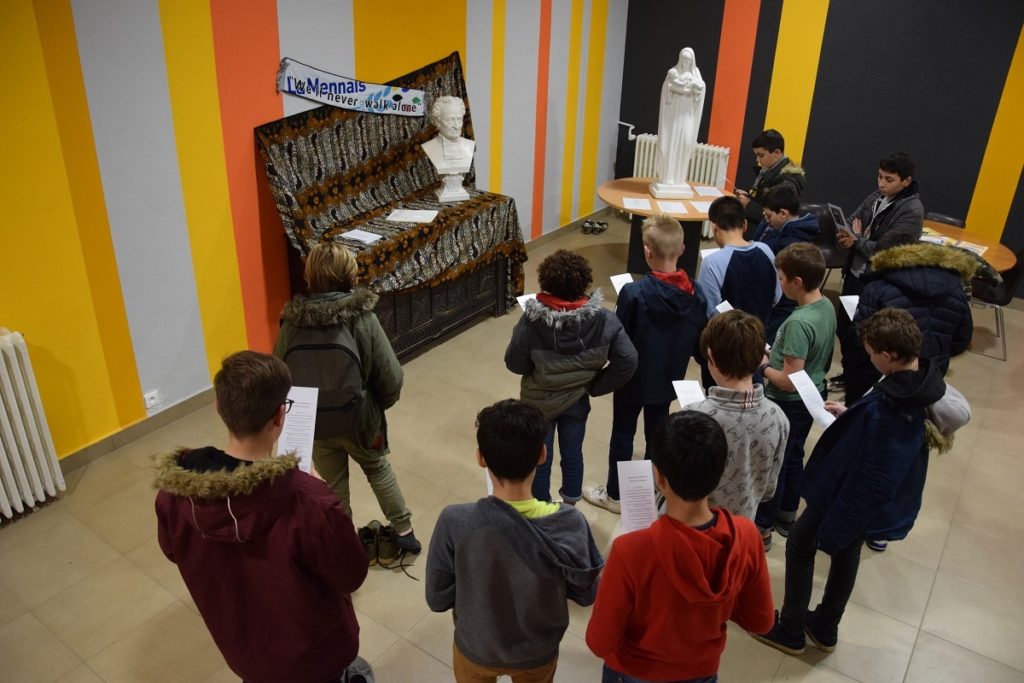 + The young Brothers, Novices of Dapaong, Togo, live at a time of the Great Novena with passion. 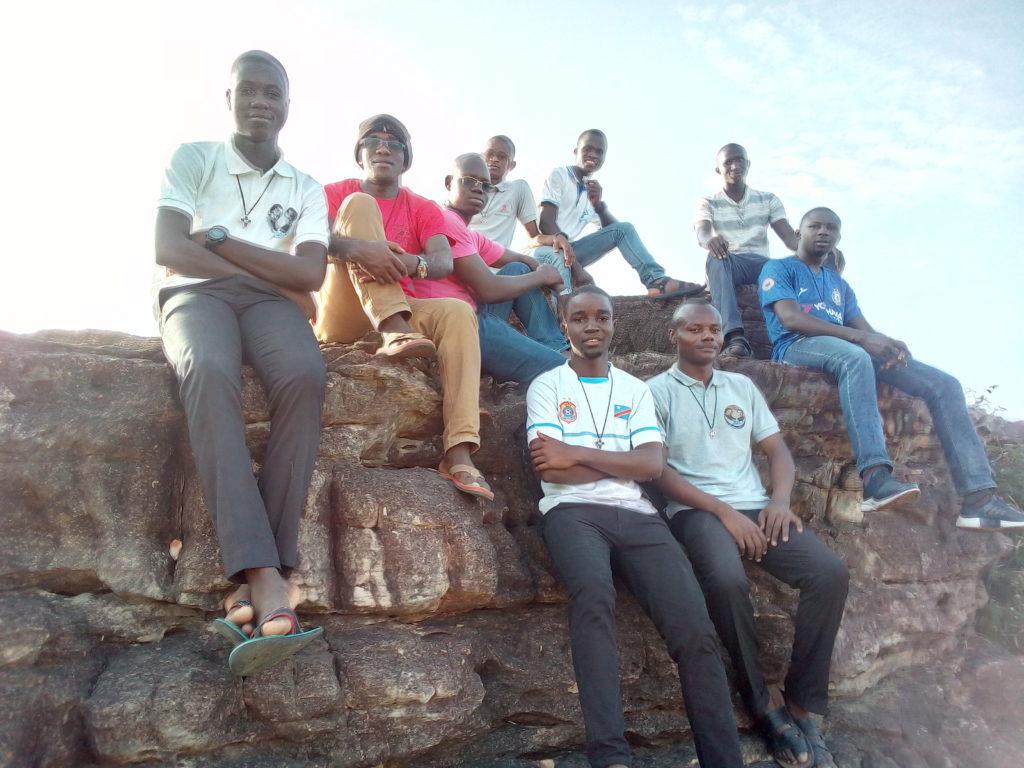