The presentation of the 2013 edition entitled “Our Rule” briefly reminds us of its history and the spirit that guided its writing. Following the Second Vatican Council and the “Perfectae Caritatis” decree of 1965, our Institute, like all other congregations, held an extraordinary General Chapter to define the outlines of our aggiornamento and specify them in a new “Rule of Life”.

From the outset, the 1968 Capitulants wanted, without making a clean sweep of the past, to embark on a totally renewed drafting of our Constitutions. 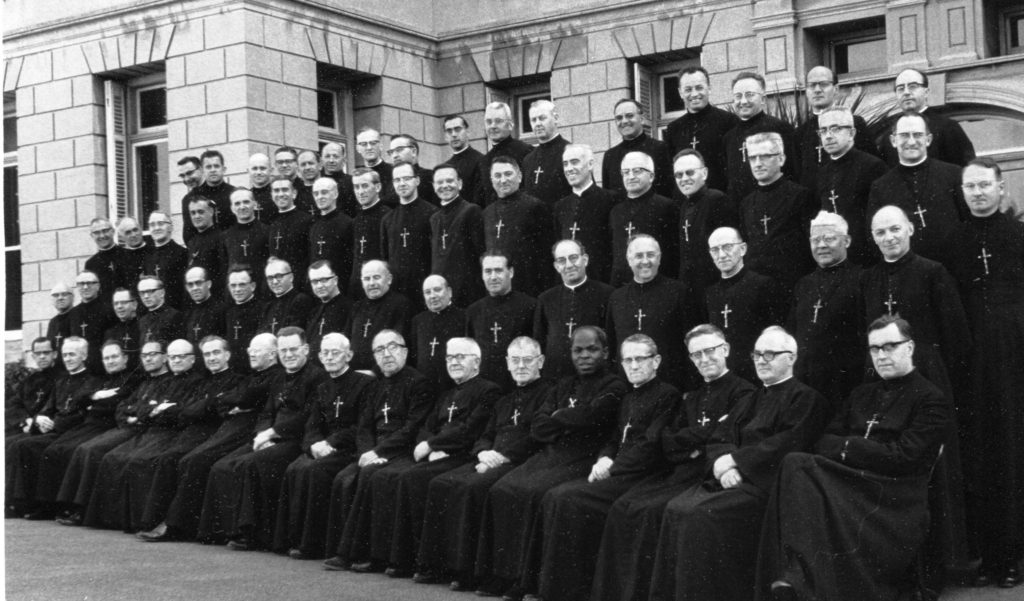 They spent 45 days in 1968 (February 29 to April 12) and 56 in 1970 (January 30 to March 26), more than 100 days to this colossal work, which was not done without severe confrontations and vivid tensions among the 70 participants whose conceptions were sometimes difficult to reconcile.

In the end, the 1970 Rule received the approval of the Congregation of Religious for experimentation. And it was in the ordinary Chapter of 1982 that a new edition received final approval on October 18, 1983.

A new tidying-up, carried out in 2012, necessitated by major changes in our administrative structures, gives us the edition of 2013 which remains the heir to the Rule of 1968-1970. –

+ The next issue of LA MENNAIS Magazine will present further information on this subject.