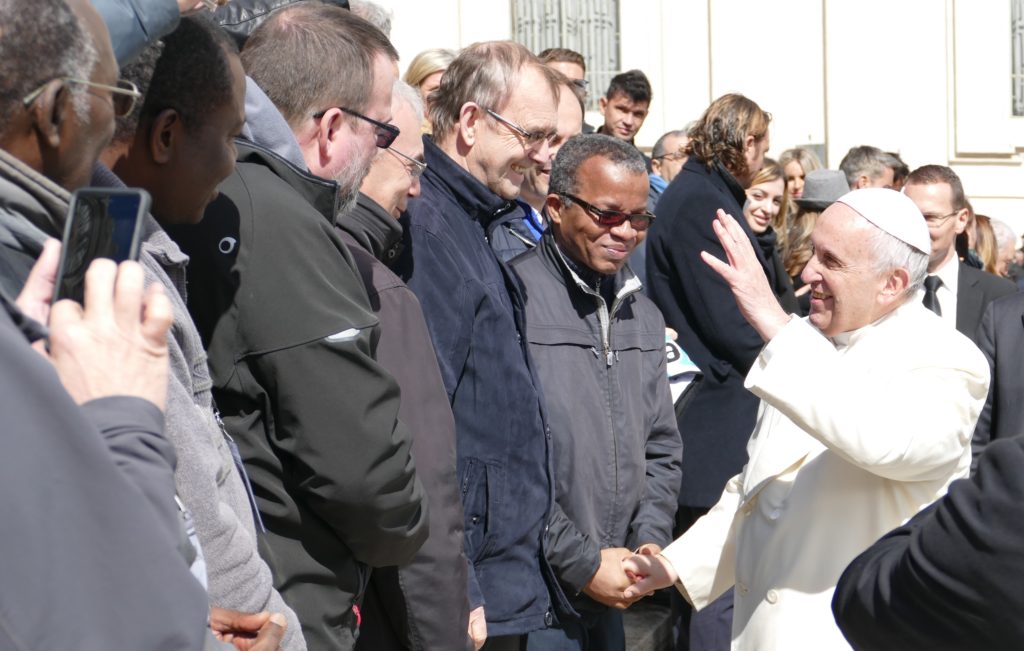 At the end of Wednesday’s catechesis in which the Capitulants took part, Pope Francis greeted the Chapter participants.

He spoke with Brother Hervé ZAMOR, the new Superior General of the Brothers and the Bros Assistants, Jean-Paul PEUZE, Vincent SSEKATE and Miguel ARISTONDO. 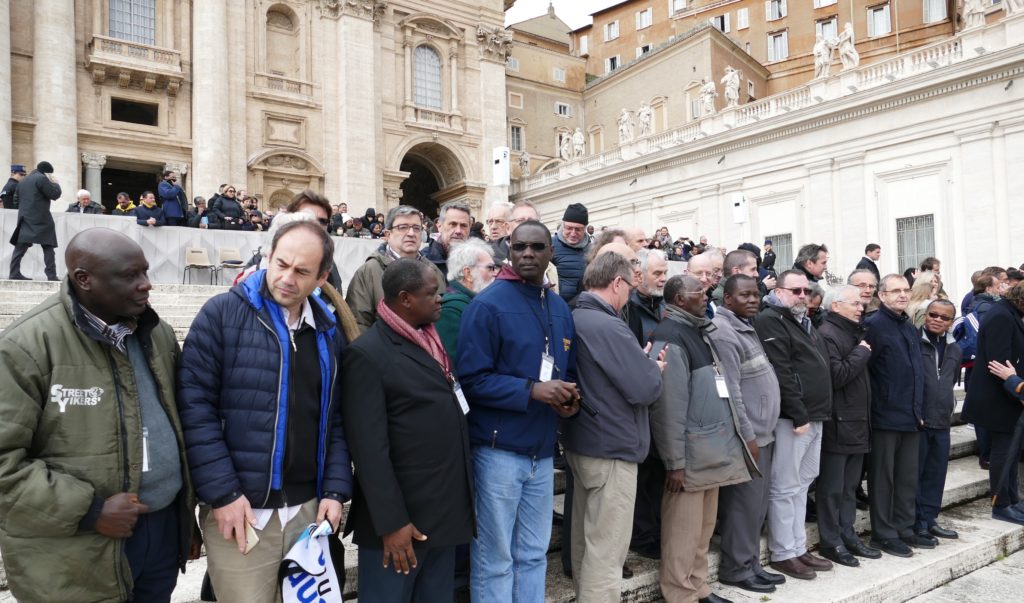 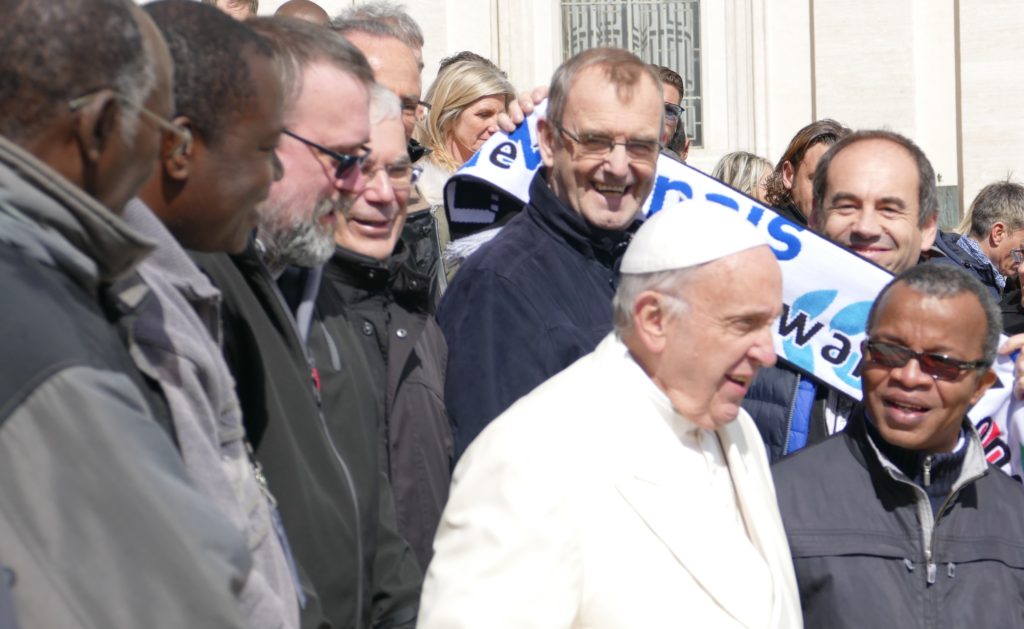 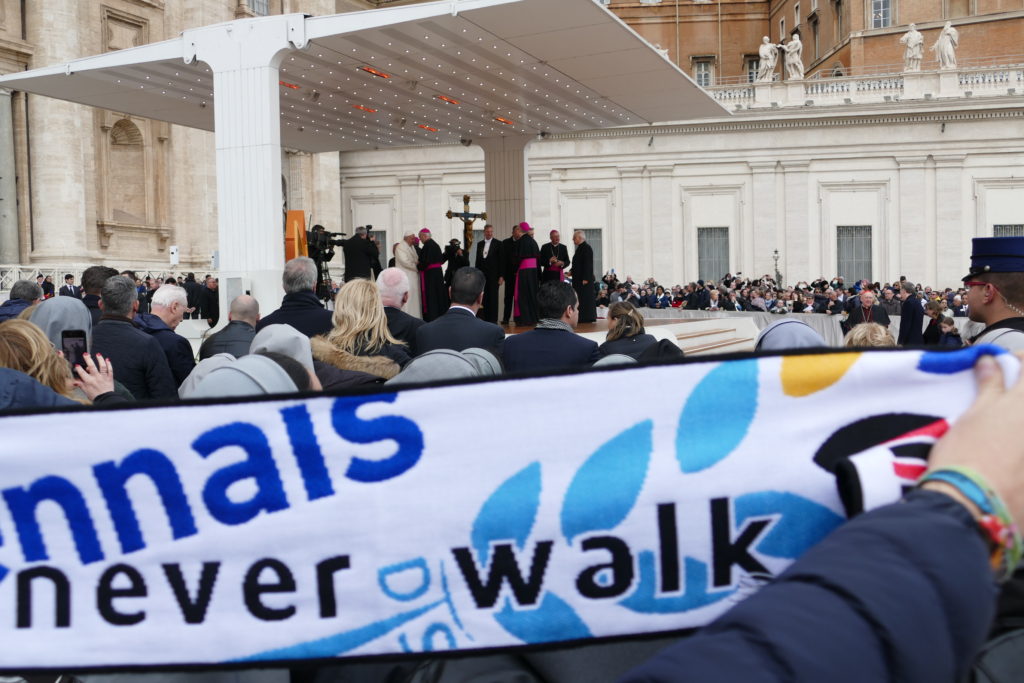 On this spring day, he recalled the importance for the spiritual life of having roots so that there may be flowers.

During catechesis, he once again emphasized the mercy of Christ and invited the faithful to nourish themselves with the Eucharist and the sacraments.