A family celebration on a sunny Sunday, August 27th at the Mother House of Ploërmel, France.. 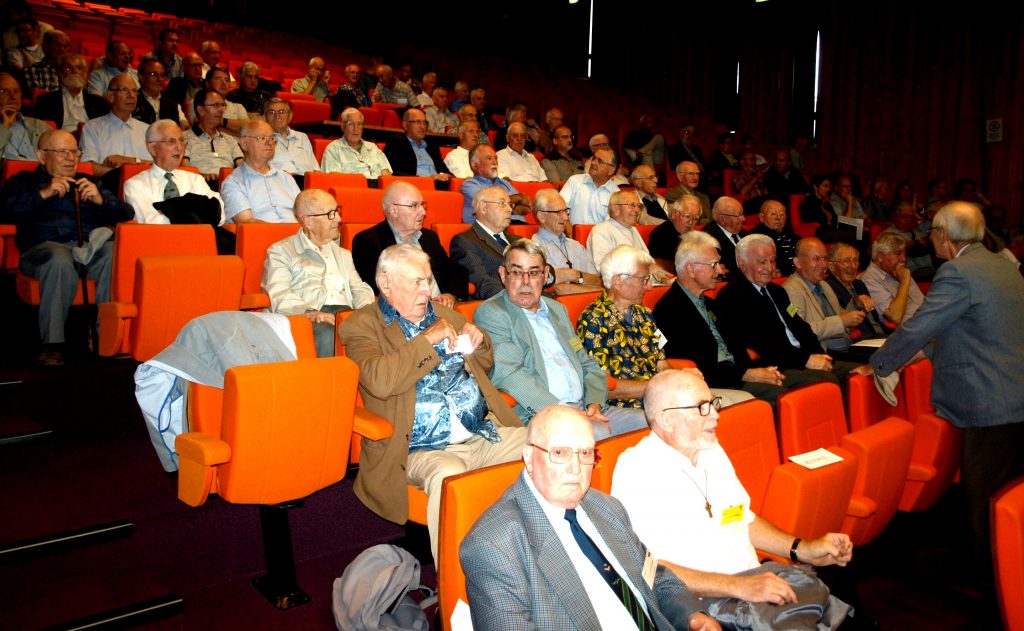 A gathering that gives an opportunity to meet up.

Brothers, lay associates, laity at the service of the “tutelle” and mission team, as well as members of Brothers’ families spent a day together full of celebration, hope and thanksgiving, said Bro Louis Séité, Brother Provincial. The Brothers of the Mother House and the planning team had been hard at work preparing for the day.

The 17 Brothers celebrating Jubilees were in the spotlight. Their life stories were told by means of digital photo presentations prepared by Bro Gérard Hautbois. 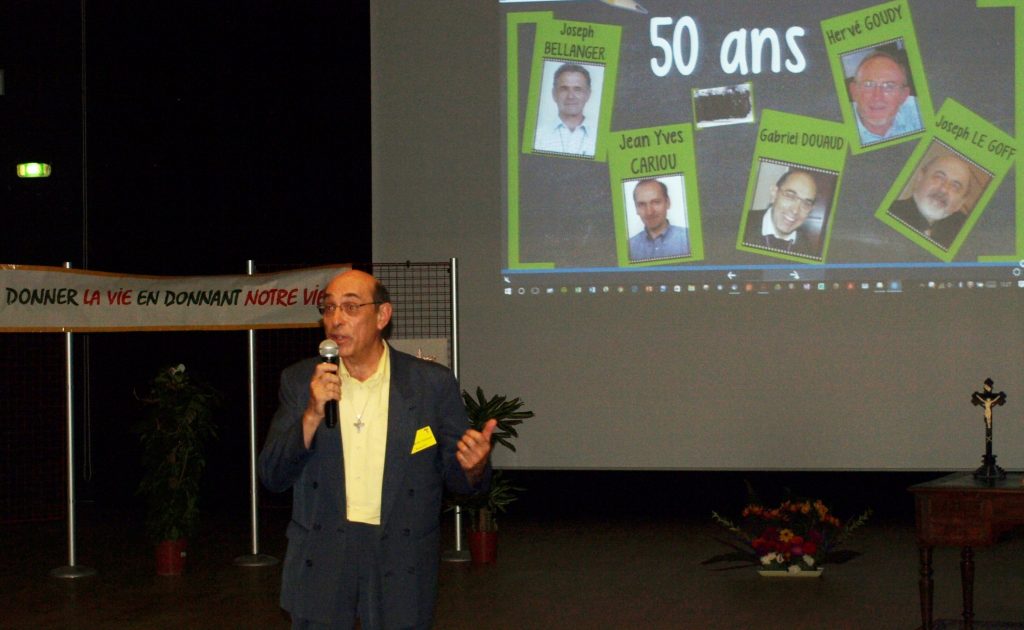 The Brothers who celebrated their Jubilee 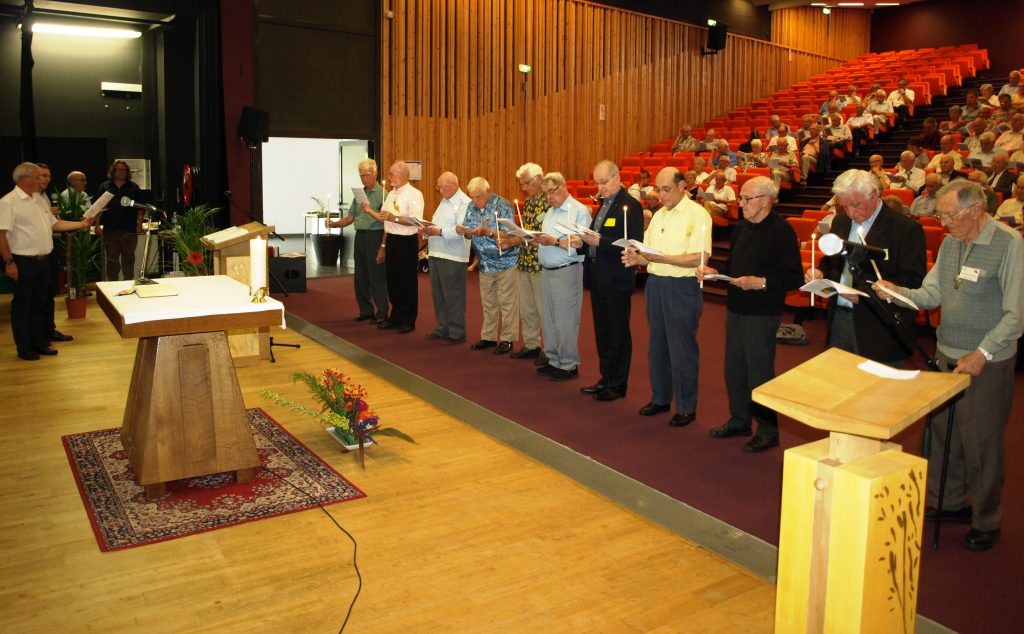 Renewal of vows by the Brothers who celebrated their jubilee, in Bro Gildas Prigent, Assistant Brother and Brother Provincial’s presence. The associated laymen also renewed their commitment. 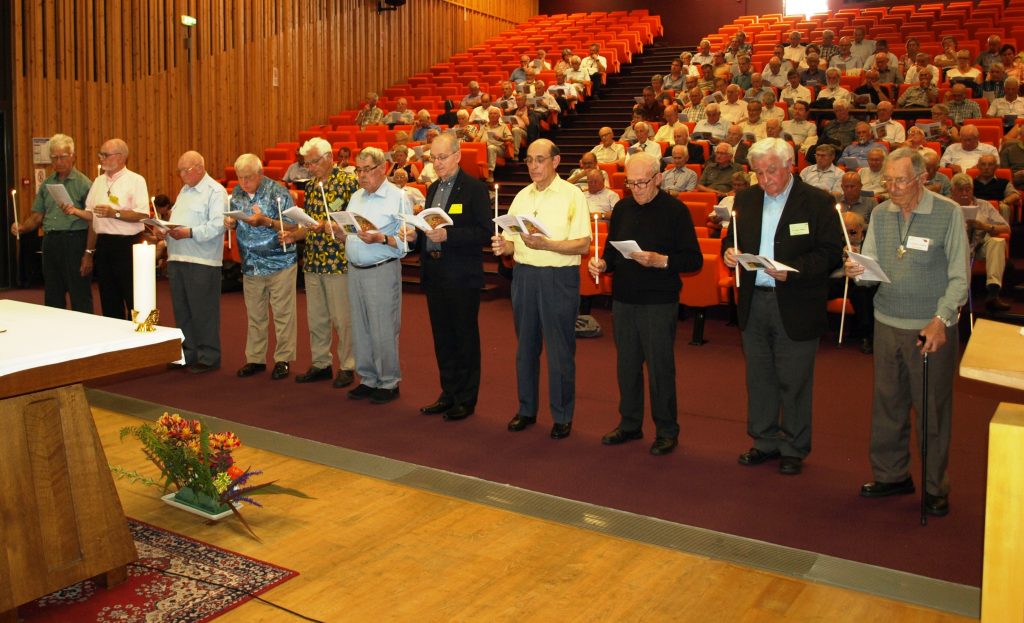 Honour was paid to the memory of 13 Brothers and one lay associate, Marie-Odile Leroy, who died during the past year.

Following on from the experiences of the past year in the Province – especially two Brothers’ general meetings and a third involving Brothers and Laity – the course has been set for the next year, focussing on the theme of «Giving life by giving your life “. The foundation for this are the attitudes of openness and availability. 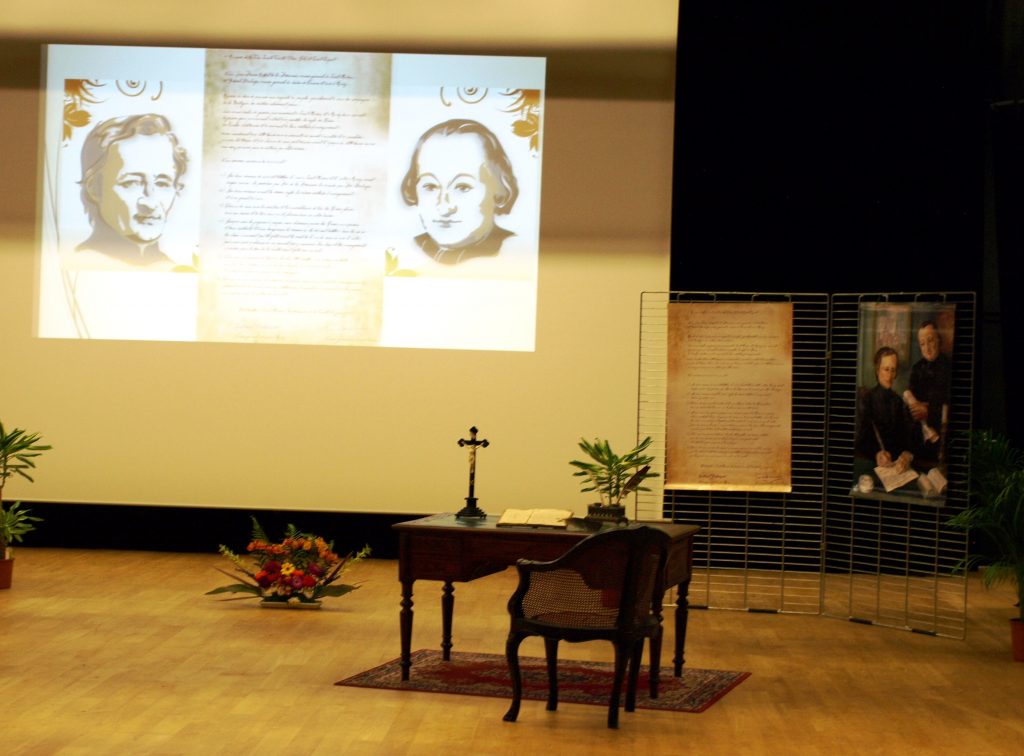 Memory of the two Founders and the Treaty of Union.

This new year is also the first of three years celebrating the Bicentenary of the Congregation and the signing of the Treaty of Union between our two founders (1819).

During in the morning, two stimulating testimonies on the theme were given by the Brothers of the community of Bain-de-Bretagne and by Ronan Cariou, new delegate of the Tutelle. 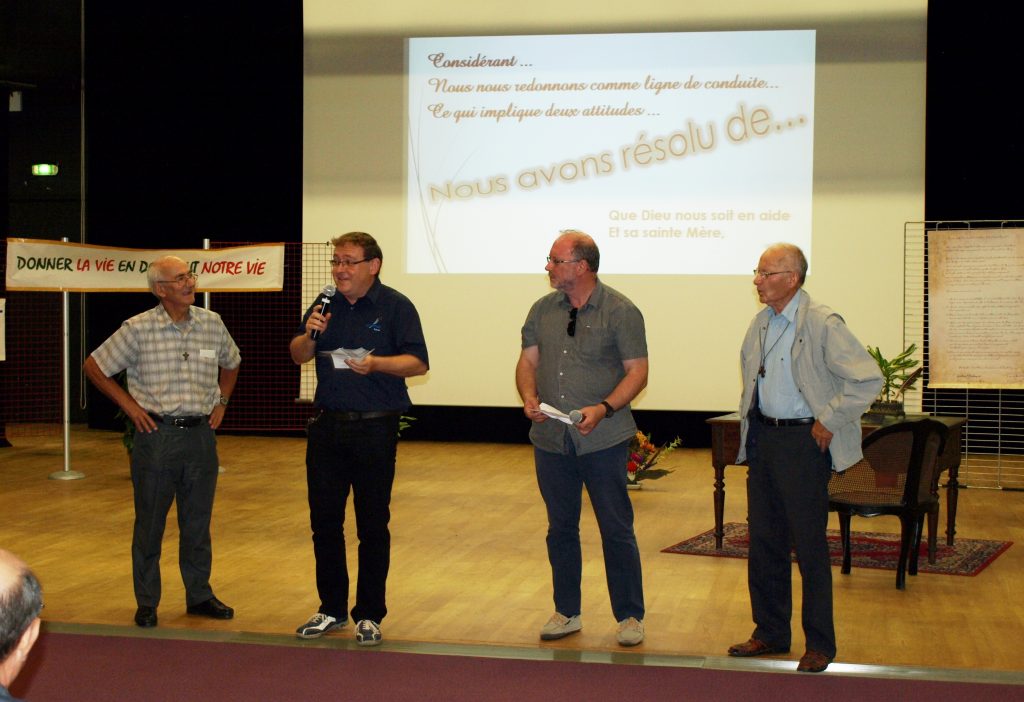 The testimony of the Brothers from Bain-de-Bretagne. How do we live out this openness in the day to day life of our community? From left to right: Bros. Pierre ORAIN, Alain JOSSELIN, Laurent BOUILLET, Pierre BERTHELOT. 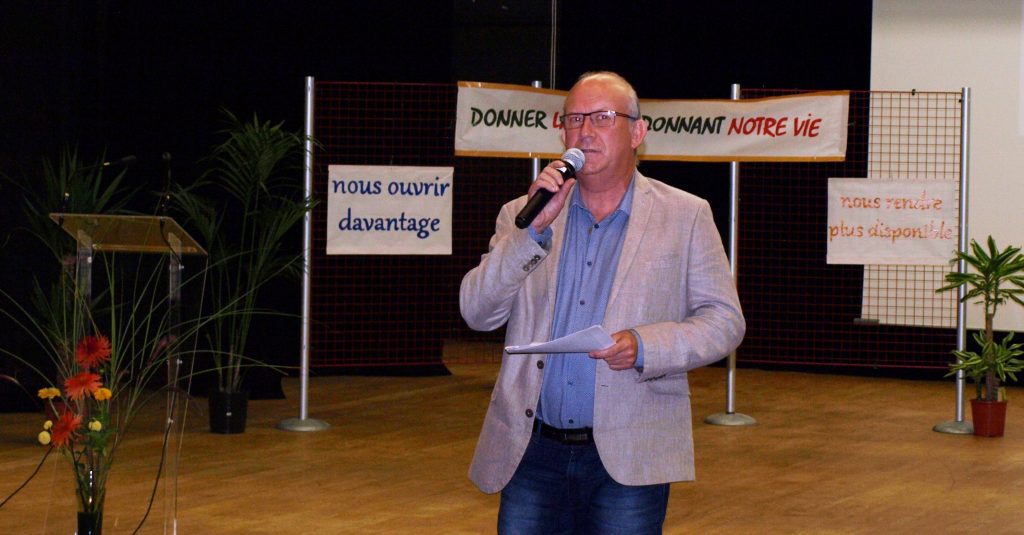 Mr. Ronan CARIOU, new delegate of the Tutelle addressed those assembled saying, “Availability is a true ‘ yes ‘ – just as we see in Mary. It opens the heart and is also a test of detachment. “

An invitation was made to all the Brothers’ communities and Mennaisian teams of the Province to commit to new ways of living out our openness and availability using the expression, “We are determined to…”.

In a meditation on the Sunday Gospel from St. John, the healing of the paralytic in chapter 5, Bro. Michel Guyomarc’ h commented on three points contained in the text: 1) a question, “Do you want to be healed?”, 2) an action, “Get up and take your mat!”, 3) a call, “Do not fail to share the experience of life in you.”

The present members of the team of the Tutelle and the mission team. 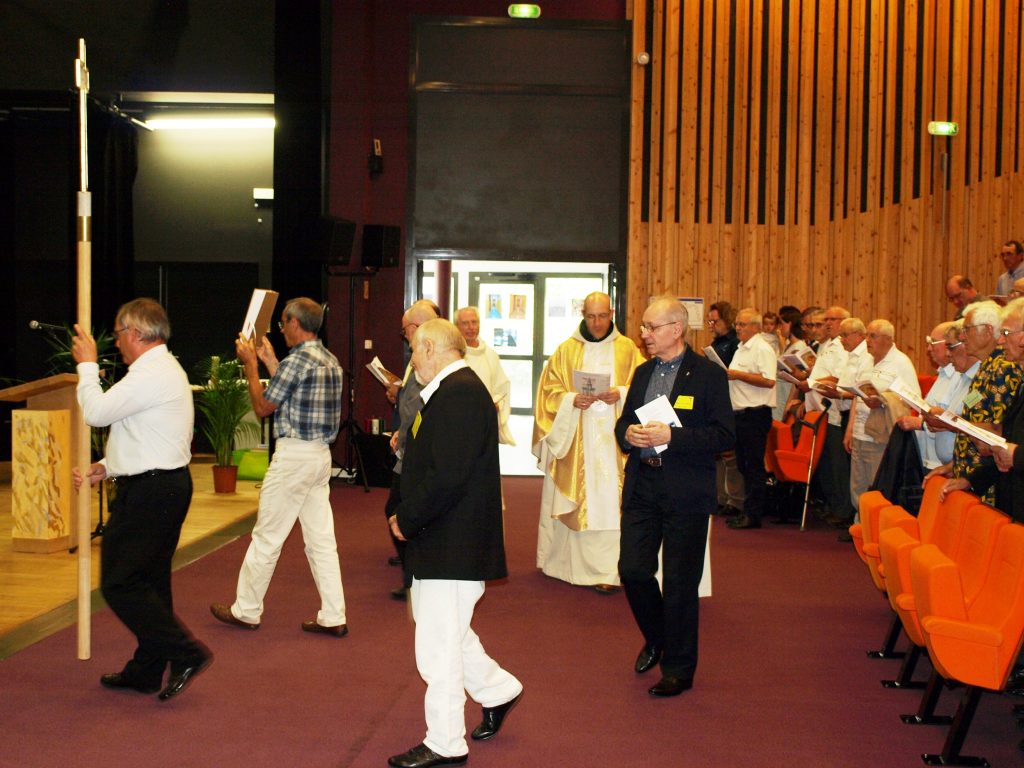 Procession during the celebration 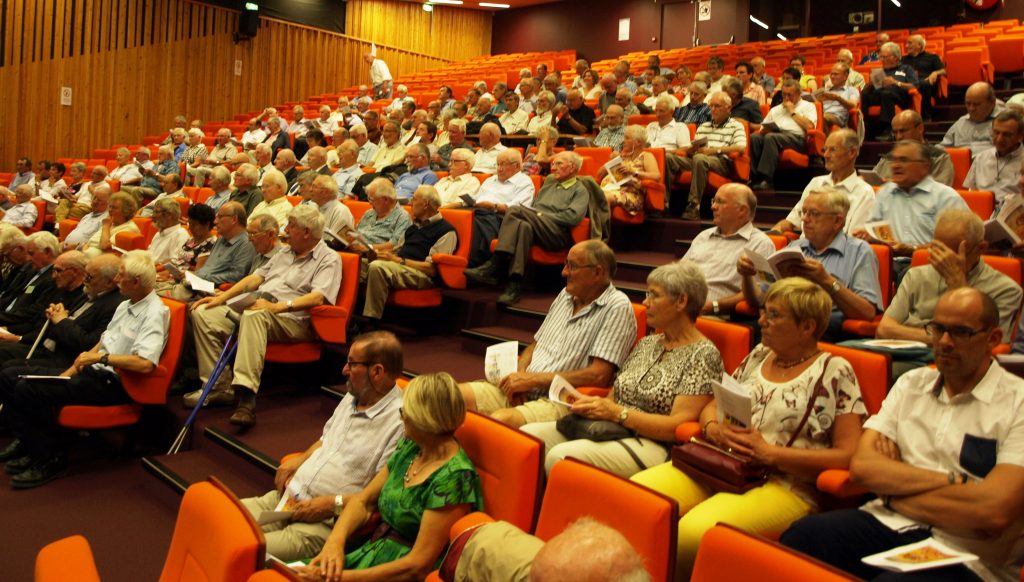 The assembly during the celebration.

During the celebration of the Mass that took place at the end of the afternoon in the La Mennais amphitheatre, due to the renovation work in progress in the Mother House Chapel, Father Benoît Briand, abbot of Timadeuc Abbey, accompanied by F. François Corrignan, delegate for the Consecrated Life in the Diocese of Vannes, insisted upon our link to Christ who represents something “more”. “The future is open to each one of us.” 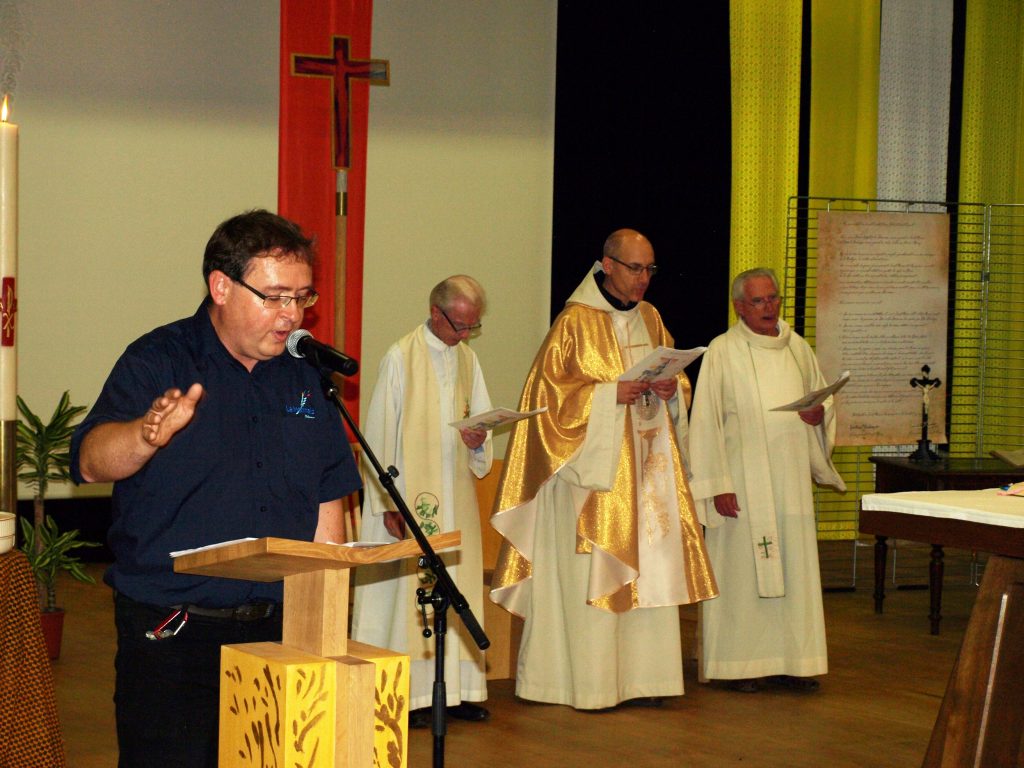