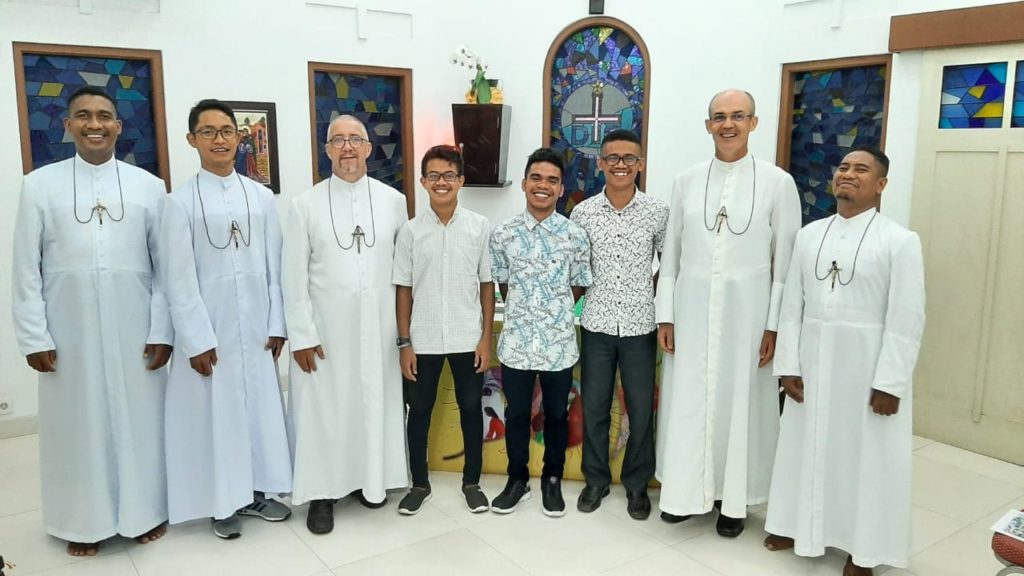 The Brothers assisting at the celebration of June 5th in Yogyakarta.

The Profession celebration took place on June 5th at 6 pm at the Community of Yogyakarta, presided by the Parish priest. 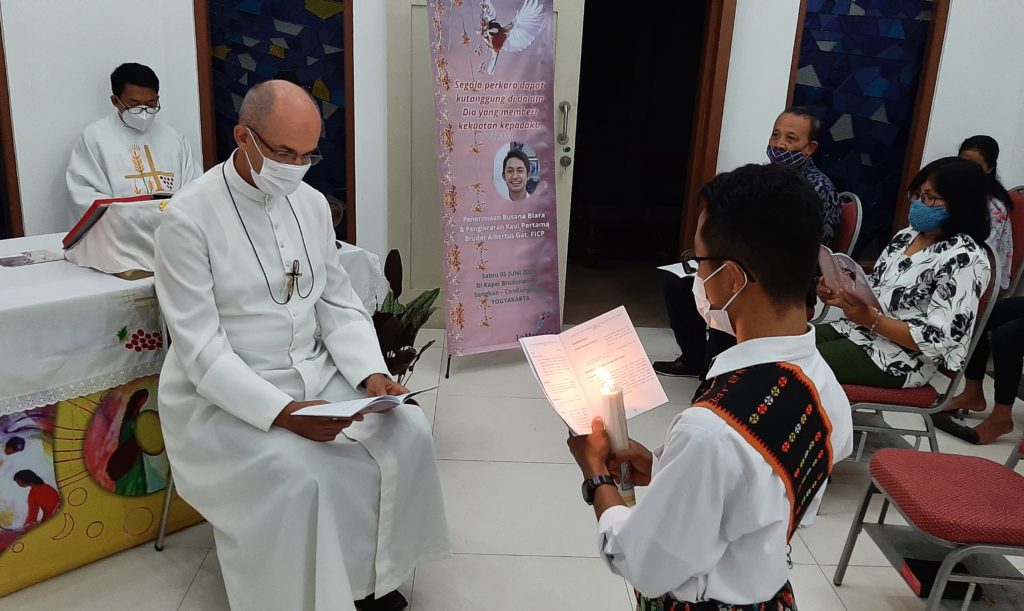 Bro Albert GAT,a Novice, was admitted to pronounce his first vows. Due to the pandemic, a very small number of guests were able to participate in this Celebration. 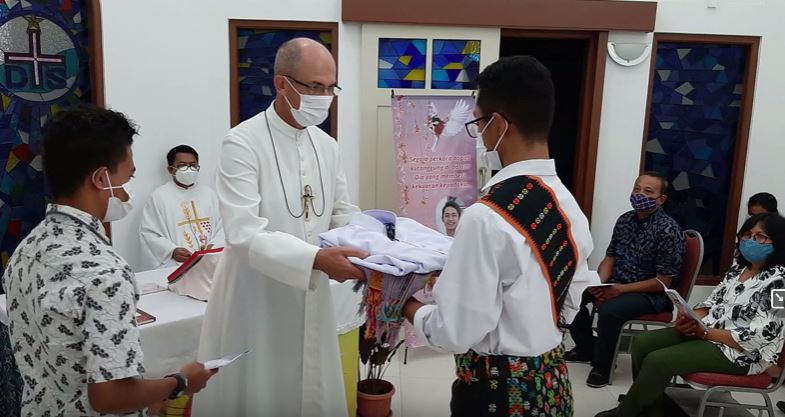 Bro  Albert receiving the Cassock of the Brothers. 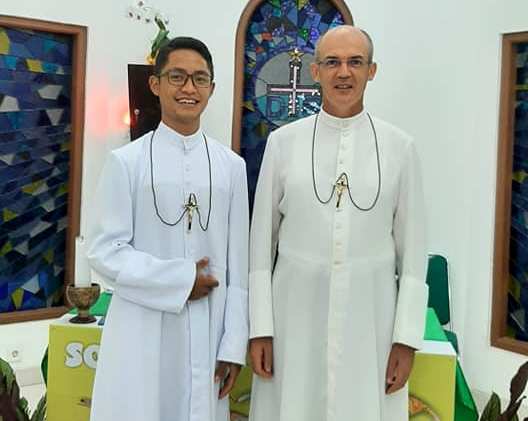 Another joy of the Saint-François-Xavier District was the admission to the Yogyakarta Novitiate of 3 New Novices: Wilfridus, Alfridus and Paskalis. 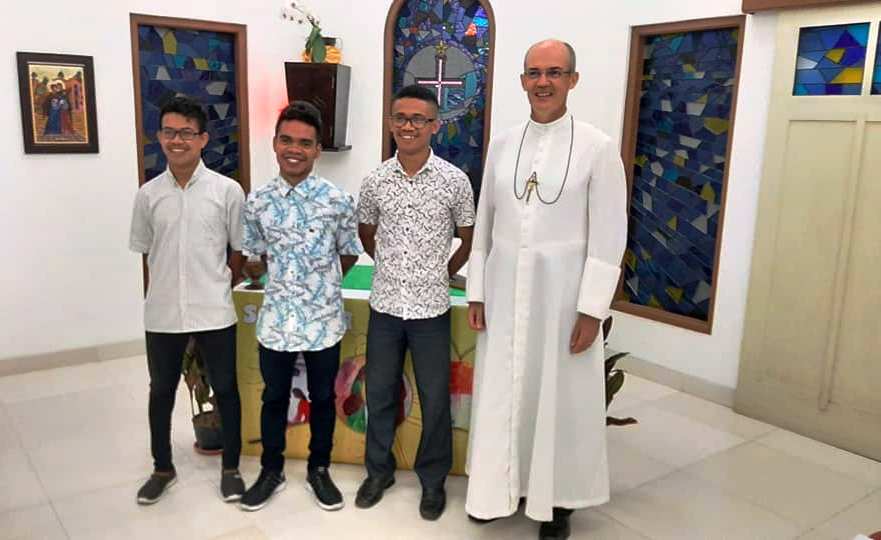 The 3 New Novices together with Bro Stéphane, Master of Novices. 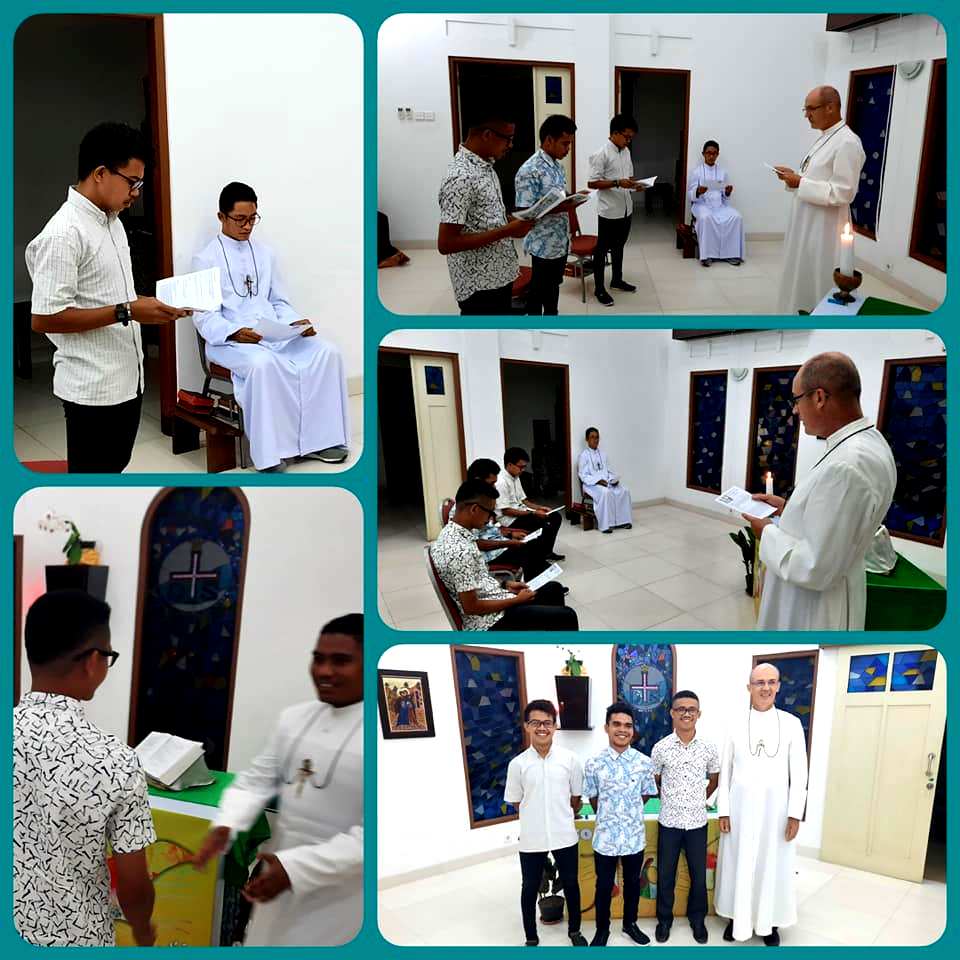 The entrance to the Novitiate took place on the evening of June 6th  (… )   in the Chapel of the Community of Yogyakarta.

The preparations of the opening of Kupang Community is going on

In addition, the opening of a New Community -still in Indonesia- is being actively prepared. It would be located in Kupang, on the Island of Timor. Bro Philippe Blot, Superior of the future Community left Yogyakarta last Thursday. He joined Ruteng to meet the young aspirants and also the families of the future applicants, 4 of whom are from the sector.

Then it would be Ende for two days and on June 19th, Director of Kupang. “Then we would start with a Retreat with the Brothers of Larantuka, ” explained Bro Philippe. On June 28th , after the Retreat, we would start the real beginnings of our new work in Kupang where we already have a house for rent».