Joy in the hearts! On Wednesday, September 8th, on the Feast of the Nativity of the Virgin Mary, Patroness of the Congregation and Mother of the Church, in the Chapel of the Dalwak Prayer House of the Diocese of Dapaong, Togo. The Profession of the First vows of Brothers Samuel (DRC), Richard (DRC), Christophe (TOGO) and Achille (DRC)took place.

Presided by Abbot Pascal DJIBONGUE, Parish priest of Saint Paul the Apostle of the Nations and concelebrated by some priests, the celebration was attended by the Brothers of the TOGO-BENIN sector. Religious Men and Women and lay people from all over the Diocese came to support and accompany the New Professed in their first step in Religious life.

The celebrant in his homily reminded the Professed Brothers that the three Evangelical Counsels of Chastity, Poverty and Obedience, are nourished by love and humility. He invited them to cultivate humility day after day because it would allow them to grow, to be raised towards Holiness and the perfect fulfilment of their Vocation. 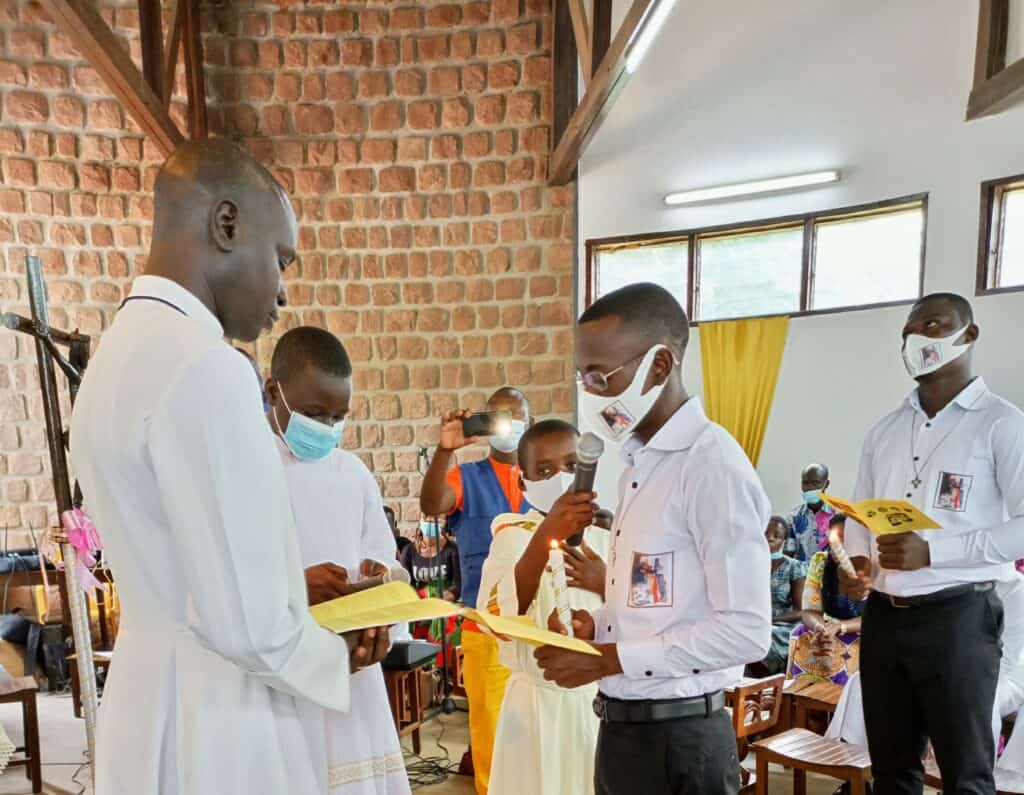 Brother John Baptist NDIAYE, Visitor of the District of Saint Paul of West Africa, received the vows pronounced by Brothers Samuel, Richard, Christophe and Achilles, on behalf of the Church and the Congregation. 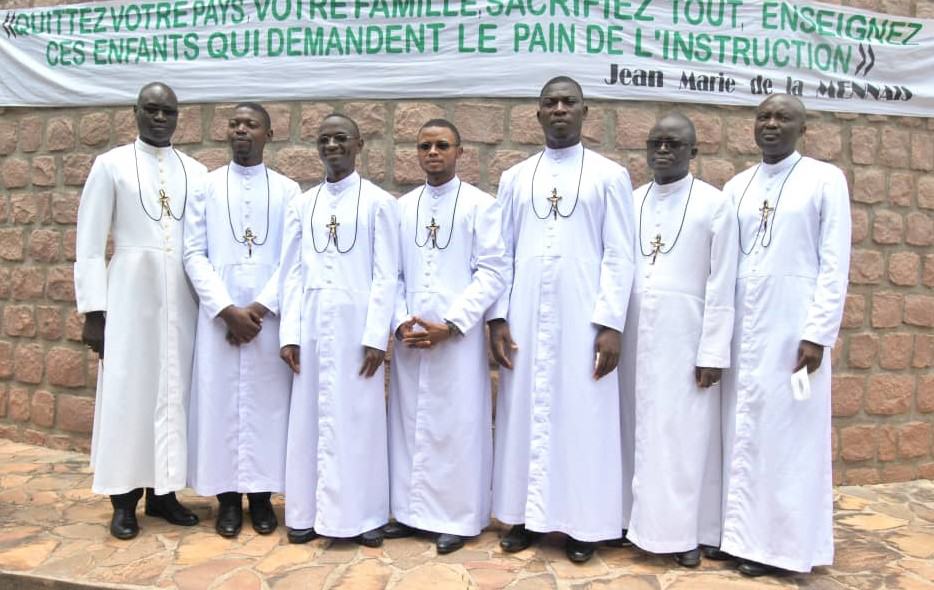 The 4 new Brothers surrounded by their Formators and  Brother Visitor

Thank you for bringing these four young Brothers through prayer, that they may remain attentive to the Spirit of the Lord throughout their lives. 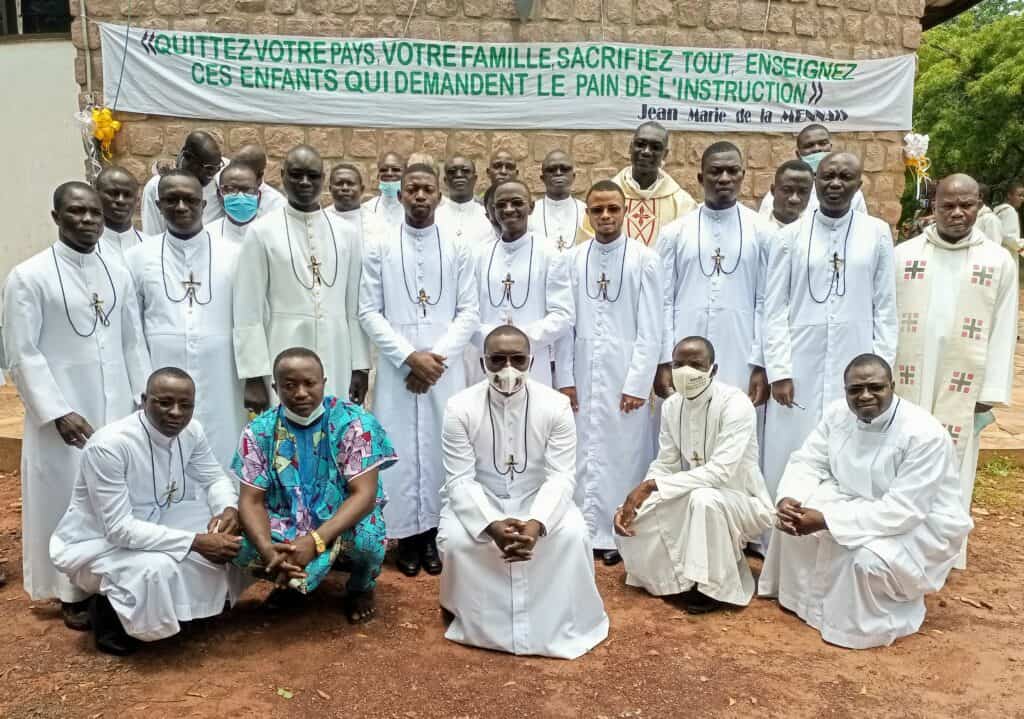 The Brothers of St Paul District were present in a strong way.