Deepen exchanges between lay people and Brothers during the pre-chapter meeting in November.

« A pre-chapter assembly had gathered Laity and Brothers at the end of November and prepared this chapter of Nuestra Señora del Pilar Province.

With simplicity and affection, we thank you for your closeness, your messages and your prayers during our Provincial Chapter in Berrio-Otxoa on December 27-30.

On the morning of Friday, December 27, the Chapter Brothers went to the Jesuit house in Bilbao – and Fr Manu Arrupe Etxea, Jesuit, well-known by us, Mennaisians, led a retreat. This enabled us to put ourselves in the presence of – God who called each one of us to the Mennaisian vocation, starting from the Word, well aware of what pushes us inwardly and feeling we are called to follow Jesus in the style of John Mary de la Mennais. 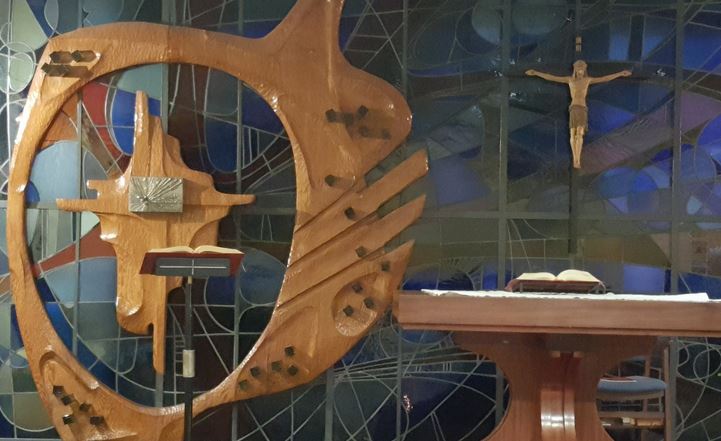 At the end of the celebration of the Eucharist, and during the same celebration, we learned of the death of our Brother Acacio Herrero, who died suddenly in Nanclares. The Eucharistic celebration  was both a thank you for his Mennaisian life, and an offering of all his availability for going where God would send us.

The afternoon was the “official opening” of the Chapter, with prayer and invocation to the Spirit at the beginning. We welcomed Brother Edesio Gutierrez who replaces Brother José Antonio Obeso.

There are three commissions, each working on two of the six themes of the Chapter. 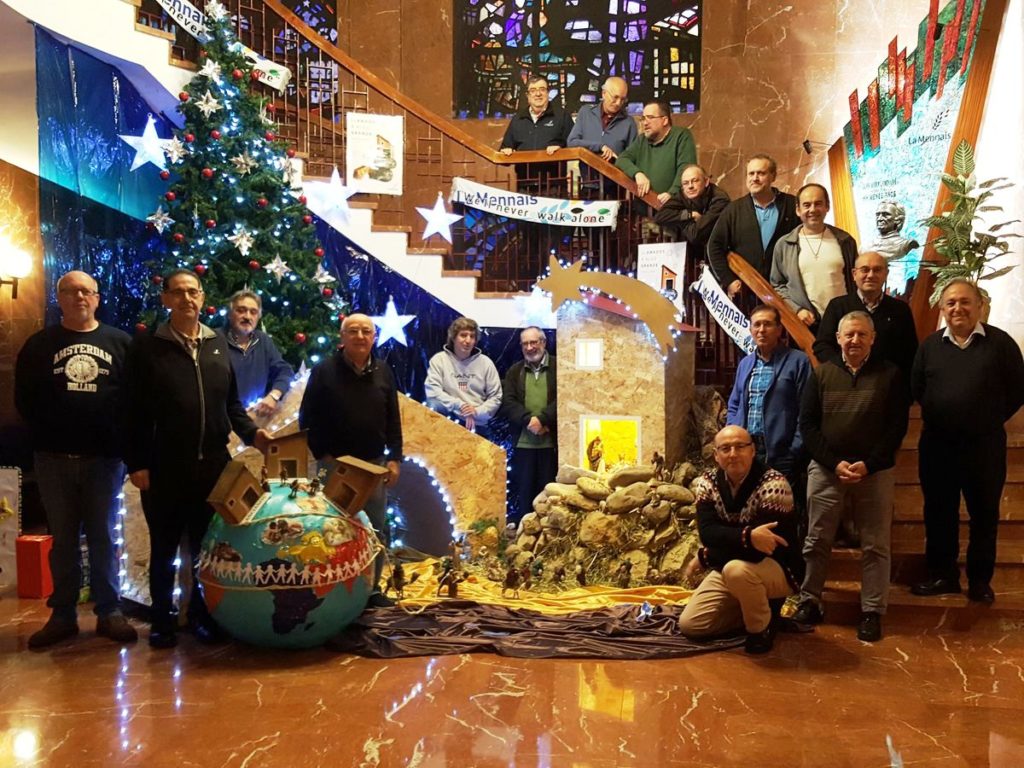 At the very beginning of the session, Brother Carlos Capellán, Facilitator, addressed us as follows:

“Let us have the courage to propose and defend evangelical values in our institutions. Llet us be open to the dialogue and intuitions of the Brothers, the Laity, the Leadership Teams, the Youth… seek new forms of life shared between Brothers and Laity, let us not leave aside the works dedicated to the most disadvantaged. Let us restructure our communities and accompany each Brother. Let us be the heart of our works of education, and seek vocations to the Mennaisian Brothers and laity…may the Chapter rekindle the fire of the Spirit on the occasion of 200 years of Mennaisian history.”

Every day, the committees worked to enrich the documents with suggestions and contributions proposed in the plenary session, following the 6 themes of the Chapter.

It was four days of intense work, listening, researching, dreaming, and questioning new paths perhaps, but feasible in our Nuestra Señora del Pilar Province, for the next six years.

Tired, happy, not quite, because what we can write in a document never corresponds to the desires of life that flow from within ourselves… the Chapter Brothers are proud of the work done.

During the last morning, with the necessary thoroughness and seeking not to lose the simplicity, clarity, depth and spirit of all that the text says, the Chapter approved the documents “Mennaisian Family”, “Pastoral Care for Vocations”, “Formation” and “Young Mennaisian Adults”.

On this Sunday of the Holy Family, we celebrated the Eucharist at the Berrio-Otxoa community. From the hand of the prophetess Anna, old but waiting for the new life to bring the Saviour, who knows how to recognize him in the smallness of a child and knows how to give thanks to God for this, we too want “talk about the child to all those awaiting release.”

The final drafting of the approved documents was entrusted to Brothers  Josu F. Olabarrieta and Edesio Gutiérrez.

The final document will be sent to the General Council for approval in February 2020 before being published and sent to all those concerned.

Fraternal greetings and thanks to everyone for the year that ends and a happy year 2020!»