To you who are seeking for… 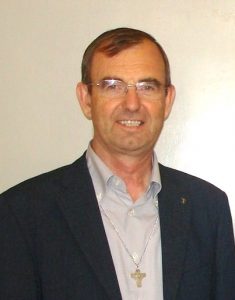 If there is any adventure that deeply marked Jean-Marie de la Mennais and his Brothers, it is the departure to “distant lands”, in order to instruct in a Christian way the children, coloured and white, and to prepare the slaves to get their freedom. The Brothers, who left as early as 1837, were young men. Many were ready to risk their lives in that way. And, it was forever. The journey was perilous. The living conditions were even more dangerous.

Yet, there were always volunteers to continue with the mission. After so many sacrifices, what a joy to see finally arrive the day of the abolition of slavery! Brother Ambroise, from the West Indies, left the story of  the long awaited day:“I was at Fort-Royal, on May 23 1848… and then, there were shouts and cries, because many were crying with joy. Our house was invaded: all the coloured people, living in the houses where Brother Arthur had been, wanted to catch him and carry him in triumph around the town.”

Listen! Among you, dear young people, I am sure that many may hear, in the secret of their hearts, this voice inviting them to give their lives in order to sow peace and love.