A day full of history, June 23rd 2021. After 149 years of presence in Vannes and 52 years at 4 rue d’Argouges, the Brothers left the Episcopal City to join the Mother House of Ploërmel. Since 1995, this house was the seat of the Brother Superior Major of St John the Baptist Province – France, England. A celebration brought together Brothers and Families, thanksgiving for what had been lived. This move was the result of a decision by the 2019 Chapter Meeting to respond to a call.

“In leaving this house, we enter into the orientations of the Chapter Assembly of February 2019, to do the will of God, in the Mennaisian Family, and not the Brothers among themselves, alone, Bro Yannick Houssay, Provincial, explained during the time of the celebration.

We obeyed the Spirit. This path invited us to thanksgiving. We believed that it was the Spirit who guided us through this decision. We did not leave Vannes because we could no longer stay there, but to answer a call. 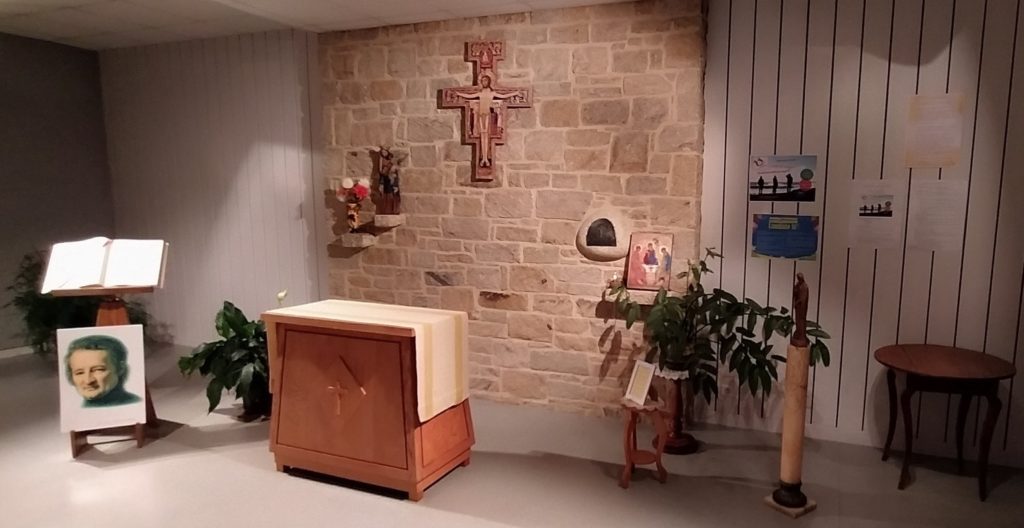 Obeying and dying to oneself are two requirements for being a disciple of Christ. This was the conviction of the Evangelist Luke when he said: “Whoever wants to follow me, let him renounce himself, take up his cross every day and follow me. For whoever wants to save his life will lose it; but whoever loses his life for my sake will save it (Lk 9:23-24)’.

To leave this house in Vannes, where so much was lived, where so many decisions and orientations concerning the Brothers, the Tutelle, the Mennaisian Family, the animation at the service of the young were taken, is to make an act of simplicity.

We are only humble servants of the Lord. He is the Master. It is His work and not ours.

We left here rooms that saw a Missionary life woven. But what counts is to follow Christ, on a daily basis. It is not stone houses that matter, but the work of God in the heart of the World and in the heart of each one. 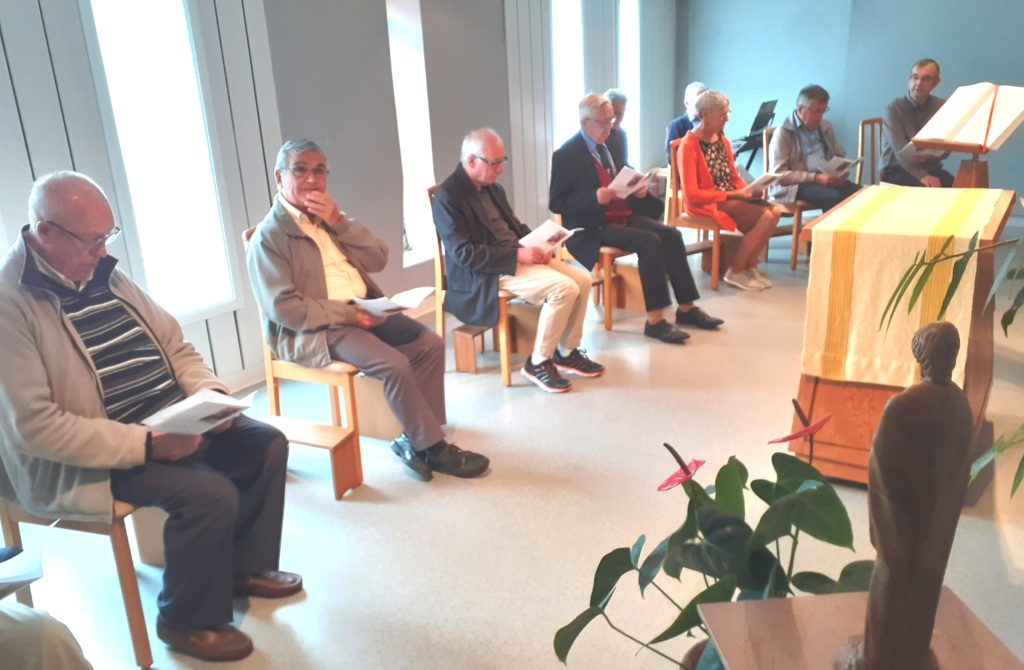 We sing that we want to continue, with our Brothers, with the Mennaisian Family, to be these servants, in the image of Mary.

To leave this house is also to abandon oneself. The Lord invites us to give Him this house. If we say yes to Him, He will make us bear fruits. We believe Him.

Doesn’t He know better than what we need. If we want to carry His Word; if we want to be called disciples; we agree to take the step He asks us to take. We leave what we hold dear to Him. We put our trust in Him. We know that His Providence accompanies us.” 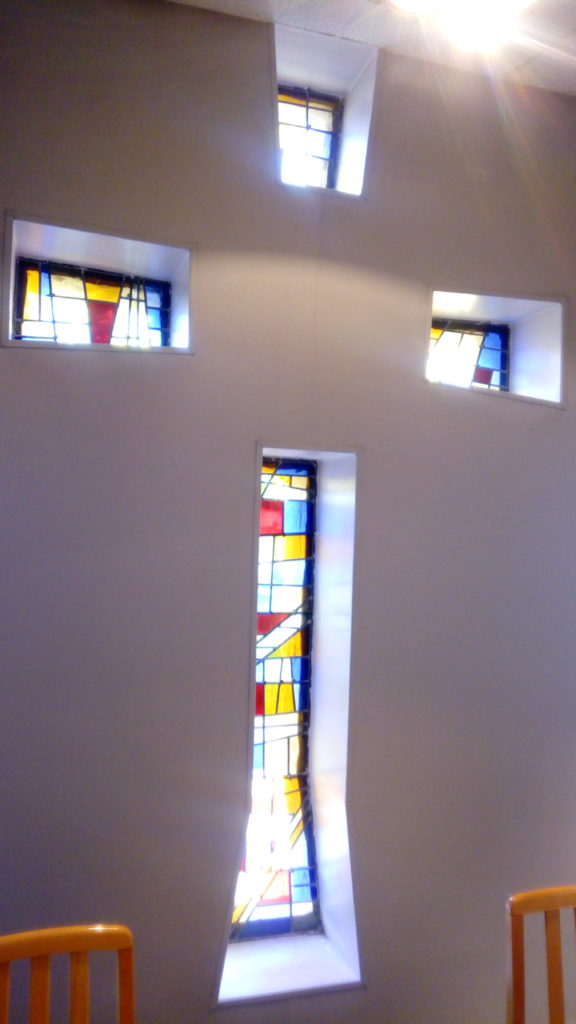 Lighthouse of the Province, Light that reassures

Reference of the Brothers but also of the Laity

Our gratitude goes to all the permanent staff!” 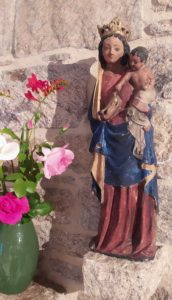 History of the Brothers in Vannes
Especially the Provincial House
4, rue François d’Argouges

After the secularization, the Inspection of the Brothers was located Rue Richemont in Vannes, then rue de La Tour d’Auvergne, later at 18, rue Jeanne d’Arc from 1926 to 1946 where the Brothers Raphaël-Marie Potier, Blaise Le Botmel, Léophane Cadoret succeeded each other (during World War II).

It was in 1965 that the decision was made to leave this house, too cramped, difficult to develop and located at the corner of 2 streets too noisy. Brother Le Pennuen set his sights on this bare ground located Rue François d’Argouges near the train station and the buses, large enough and quiet despite its proximity to the main roads. He himself designed the plans of the future House. The land of 2391 m was bought 280,000 F. Brother Le Pennuen would no longer be a Visitor of the District when the work was completed… named in the South where he designed the construction of new buildings in Bethany. In 1969 the Community composed of Brother François Mainguet, Visitor, Pierre Lamandé, Assistant Visitor, Joachim Le Marec and Eugène Huchon, (Vocation Ministry) settled at 4, rue François d’Argouges.

“If, as the saying goes, three moves are worth a fire,” I leave it to you to conclude…

“The Maison Dubreuil, specialist in moving operations, took a day and a half to complete it. The work was well done, with minimal damage to the walls and stairs.”

It was the fifth move of this house in Vannes.

The Brothers occupied the house for 52 years.

“The Official blessing of the house took place on Friday, April 11th , 1969. The Presider was Abbé Boulo, Chaplain of Juvénat St Hervé… All the rooms received the blessing of the Church, a protection pledge of the Lord and abundant graces for the sedentary and for the “nomads” who would want to stop there.

The Brothers of the surrounding Schools were always present. Philomène did things very well and generously accepted the extra fatigue that this meeting caused him. She was also admirably assisted by Brother Gabriel Olivier, who was detached from St Hervé: he was an experienced butler and very restful for the Director.”

Brother François Mainguet would remain in this house, as Visitor until 1974 -he was already seriously ill with heart sickness, but  would also take the charge of the College St Julien of Malestroit in 1975.

In 1992, the Community was visited by Bishop François-Mathurin Gourvès of Vannes.

It was the end of the Gabriel Deshayes District and the beginning of the new St John the Baptist Province.

Renovations were carried out to accommodate the future Provincial Team (Rooms, Offices, Archives, Elevator). During the work from mid-April to mid-July the Brothers would reside in a house that would be rented at 4 rue Kerquer in the district of Ménimur. 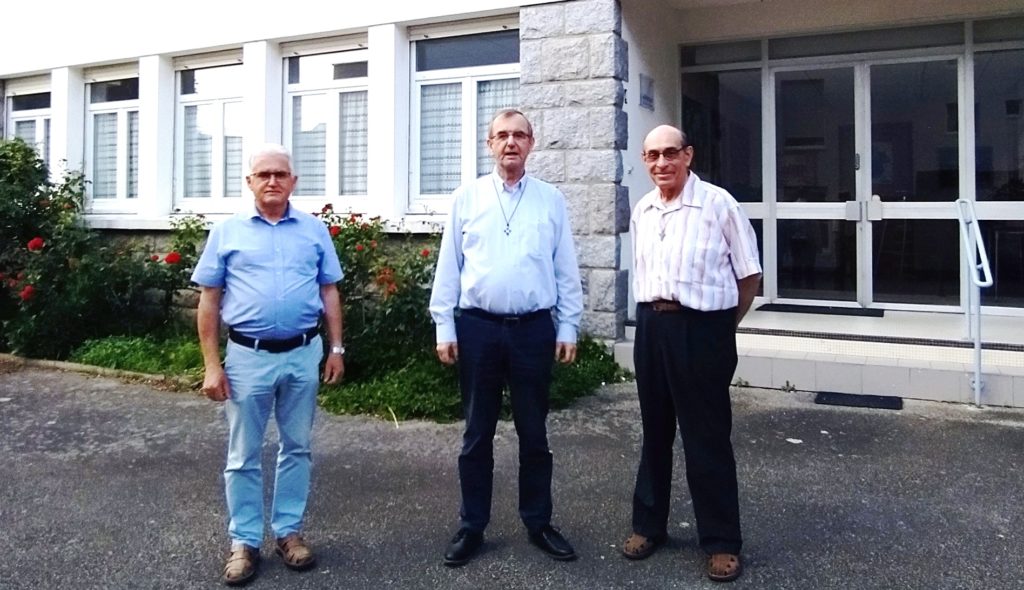 From left to right: Bros Philippe Lecointre, Yannick Houssay and Gabriel Douaud would join new places during the summer: Bro. Philippe, the Community of Paris, Bro Yannick, the Mother House of Ploërmel and Bro Gabriel, the Community of Savenay.