At the secretariat of the Cause of the Saints, in the Vatican. The Brothers Vincent Ssekate, Assistant, Dino de Carolis, Postulator and Delfin Lopez, former Postulator.

What is new for the postulation of Father de la Mennais at the Vatican Congregation for the Cause of the Saints? The file of Josette Poulain, of Combourg will be studied in the coming weeks. The elements have just been submitted and completed. Explanations.

This Tuesday, 26th November , after marking the Founder’s Day, several Brothers of the Casa Generalizia joined Brother Dino, the Postulator, at the Congregation of the Causes of Saints in the Vatican.

Just a coincidence of dates? The meeting with the Chancellor of the Congregation, Bishop Pappalardo, was not a decisive issue, but a simple step in a trial in recognition of the presumed miraculous healing of the young Josette Poulain, in the 1950s.

The meeting consisted in opening the two envelopes brought to Rome by Brother Michel Bouvais, on 14th October , to read the contents, and check that the protocol was respected and complete. 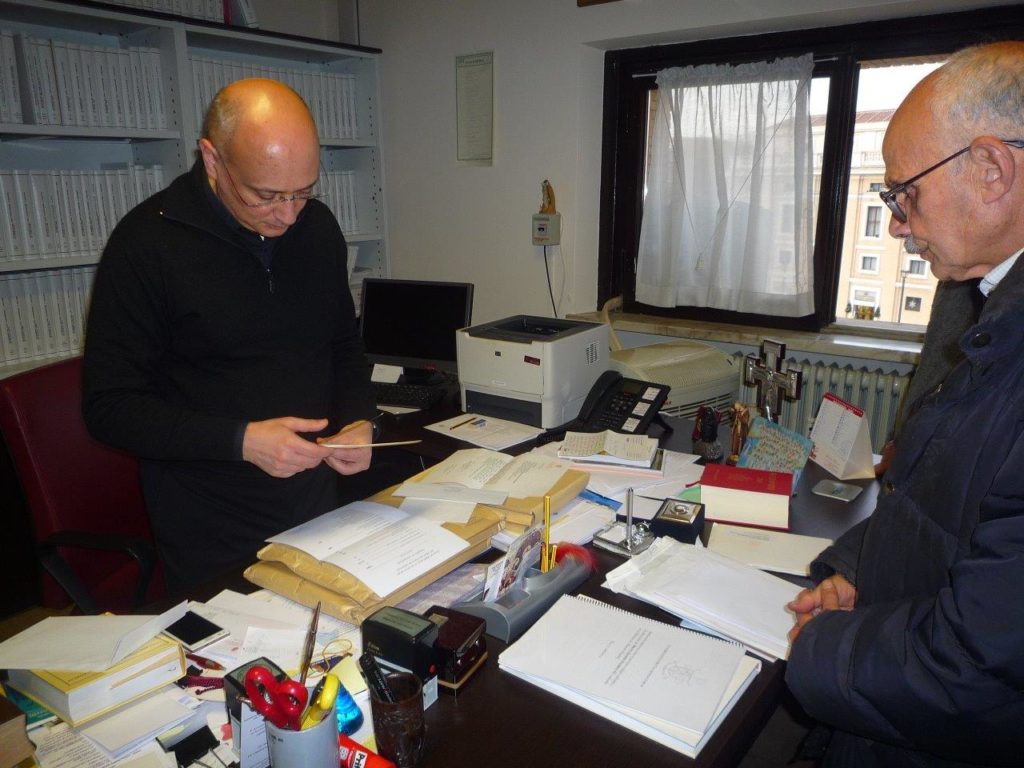 The observation was made that a document was missing: the minutes of the closing of the trial under the seal of the Archbishop of Rennes or his delegate. It will therefore be necessary for the Vice-postulator to take back his pilgrim staff to go and beg for this last document. 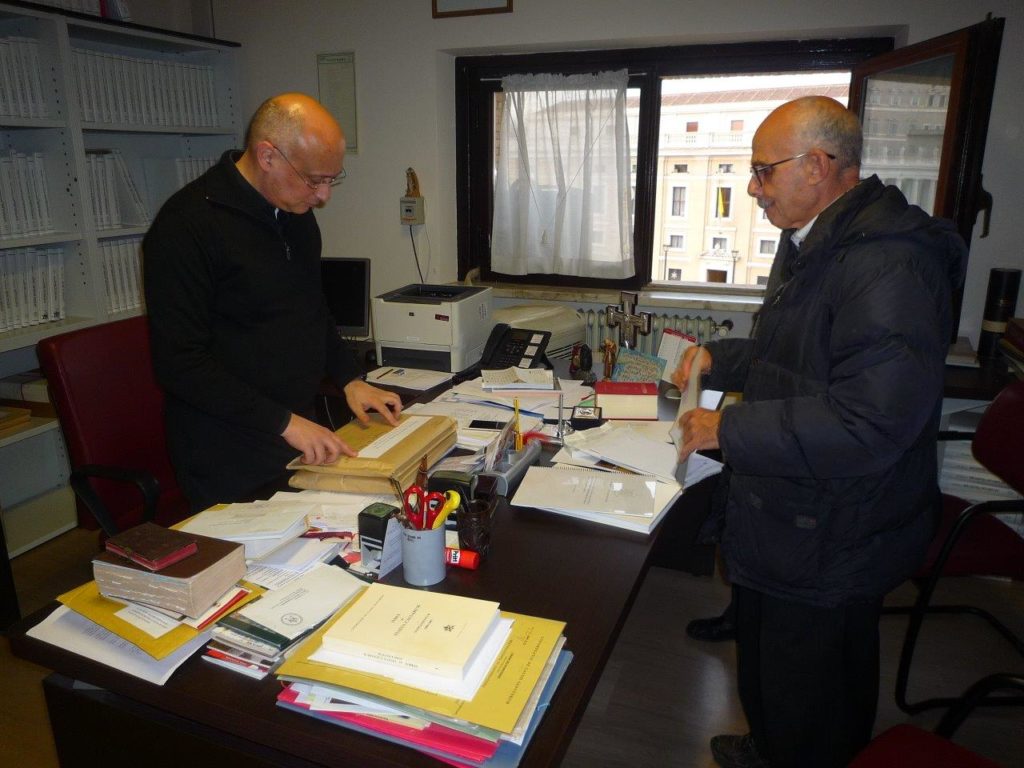 Bro Dino with the secretary.

Then it will be up to the Congregation of Saints to proceed with the printing of all the documents submitted for their study. Once this is done, the Postulator will write a new letter to the Cardinal Prefect requesting the validity of the procedure and contents. So a little more patience – but also prayer, a lot! -, and this intermediate stage can be completed within two months.

At the end of this meeting, we had the pleasure of greeting Archbishop Bartolucci, Secretary of the Congregation, who joined us in the reception room. He has taken note of our process and has warmly encouraged us to move forward.”