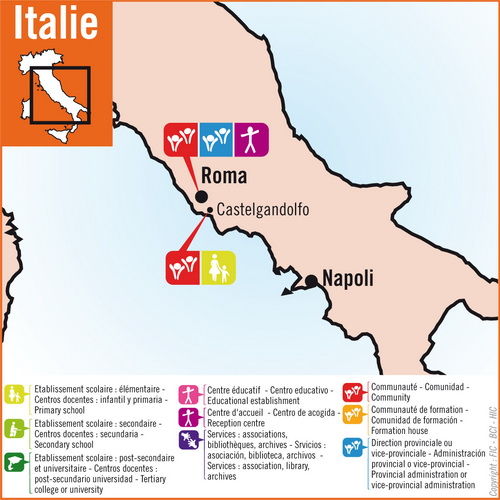 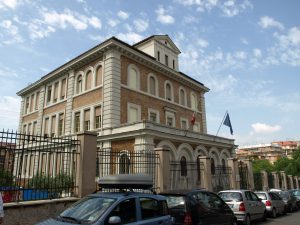 “Procure” and General Administration
Formerly represented in Rome by the Procurator of another congregation, the Institute appointed its first representative following a decision taken by the 1921 General Chapter: Bro. Philippe Néri.
He found accommodation with the Marist Fathers, via Cernaia.

In 1931, the Istituto Sant’Ivo opened in the area of Monteverde, Rome. The student Brothers, the Juniorate and the School shared the residence of the “Procurator General” till the day when the School expansion required the whole place.

In 1946, the Juvenists were transferred to a beautiful property at Castelgandolfo.
In 1965, the “Procurator General” and the student Brothers moved into a new residence in Via Della Divina Provvidenza. This residence was enlarged so as to receive the General Administration that left Jersey in 1972.

Since July 2017, these two communities merged into one at Sant’Ivo