Pentecost for the Southern Cone! 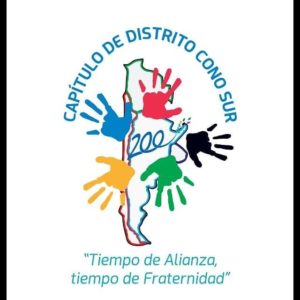 During the Founding Chapter from 6 to 10 July in Luján – near Buenos Aires – we dreamed, worked, reflected and designed lines of animation for the new district.

We have chosen the name DIVINE PROVIDENCE for the District and it is composed of the countries of Chile, Uruguay, Bolivia and Argentina.

The first three days were shared between the Brothers and Laity of the four countries, a total of 69 people, including the Provincial Brother of Spain-, Bro Rafael Alonso and the Brother Assistant General, President of the Chapter, Bro Miguel Aristondo. 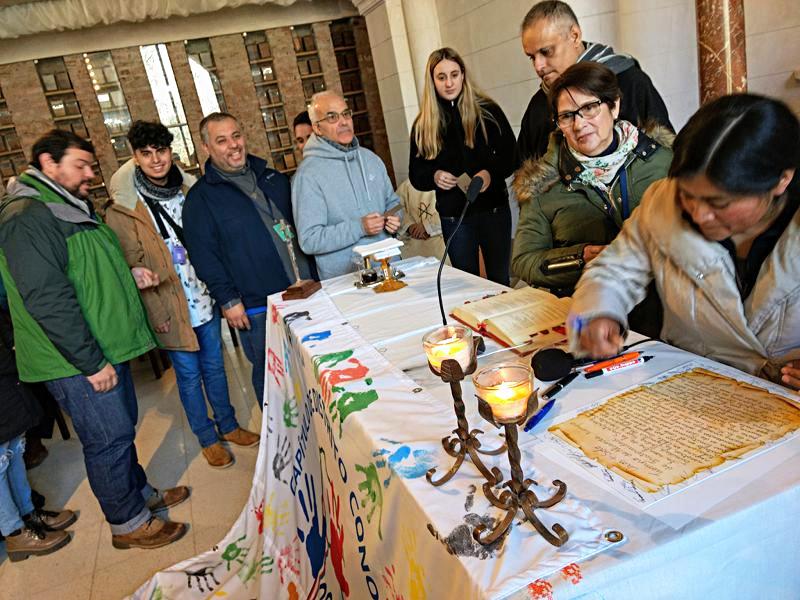 Times of commitment between lay people and Brothers.

Sharing in an atmosphere of reflection and prayer was very precious. The cold of the days did not prevent the participants from receiving the warmth of the Spirit. The joy, the good tone, the disposition, the commitment for the district to be born, marked the meeting. No one was forgotten. 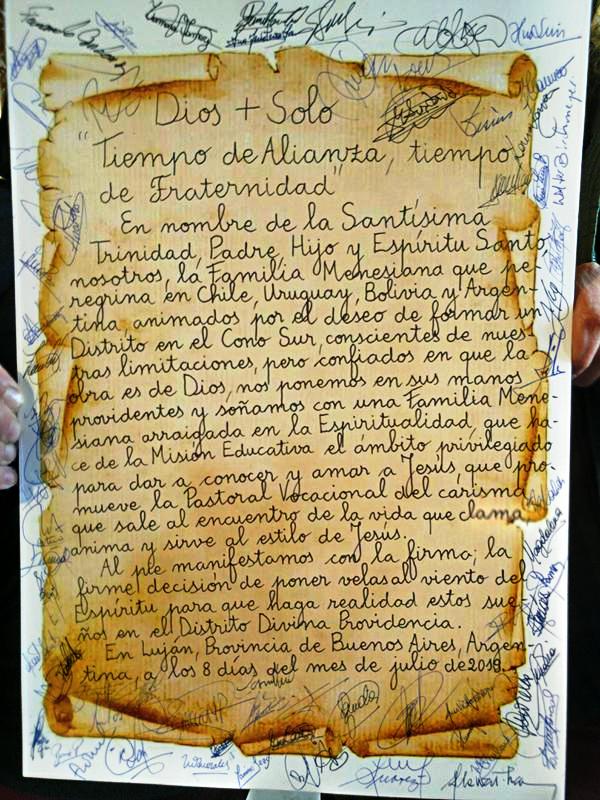 Signing of the declaration of the District Founding Chapter.

The commitment has been remarkable, from the youngest, 19 years old to the oldest, 82 years old. 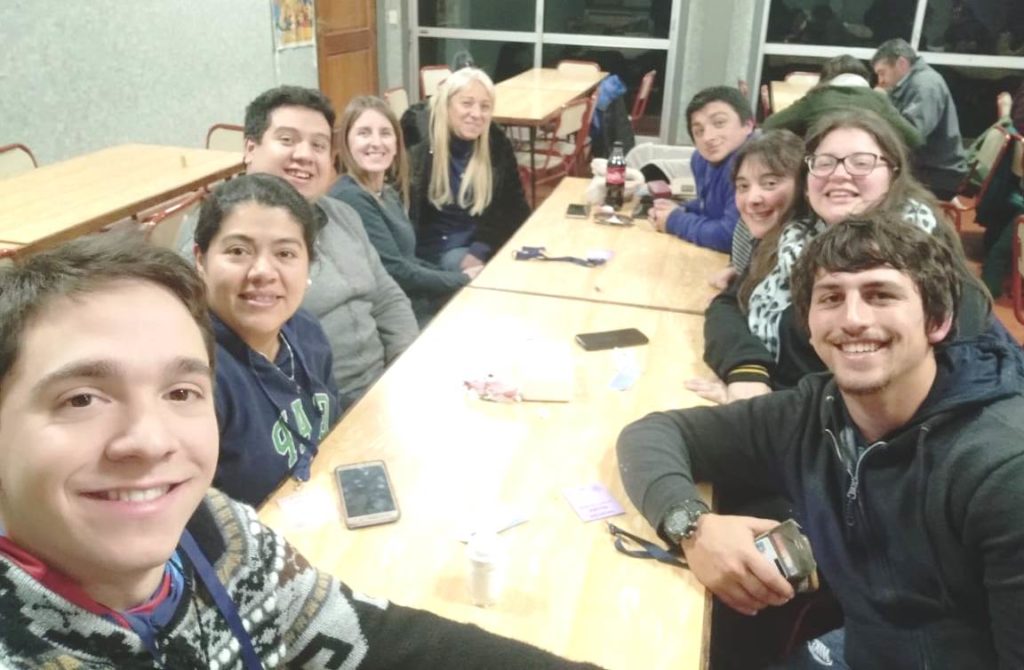 The work was preceded by a participatory approach in the communities around 6 themes (6 jars). The text that enlightened us and marked the horizon was the Wedding of Cana, with this slogan: Time of Covenant, Time of Brotherhood. 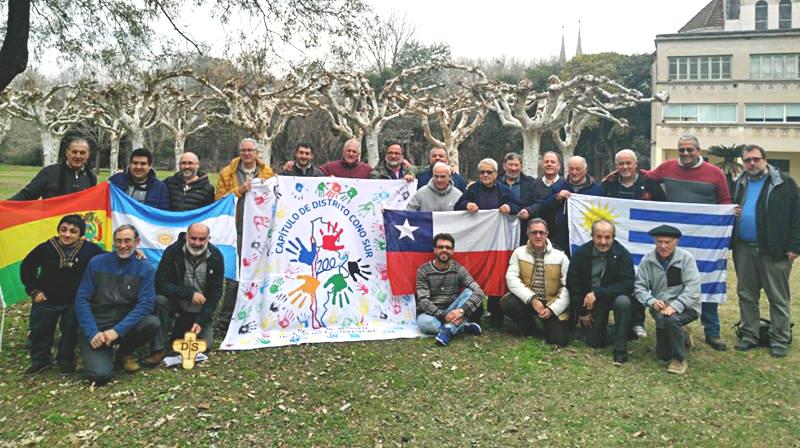 The Brothers present at the Chapter.

In a second time, we met among Brothers. Rich moment of intimacy and common research. We also chose the Brother Councillors who will accompany the Brother Visitor and the Assistant Visitor in the animation. It was for all a time of grace.
Let us remember, that within the frame of the creation of the new District, which includes four countries – from the Southern Cone – Argentina-Bolivia-Chile-Uruguay, Bro Hervé Zamor, with the consent of his Council, made two appointments several months ago.
Brother Benito ZAMPEDRI, as Visitor of the District of South America, for a term of 3 years. Bro Benito was until then Provincial of Inmaculada Concepción Province: Argentina-Uruguay.
Brother Felix CORADA was appointed Assistant Visitor of the District of South America, for a 3-year term. Bro Felix Corada is based at the Colegio Luis Espinal in El Alto, Bolivia.

Prayer for the ‘Southern Cone’

Lord Jesus,
You who said, “All be one”,
We thank you for calling us to unity.
It is a call to get out of our patterns and our security, an invitation also to build a Mennaisian province in the ‘Southern Cone’.
You know our resistance and our insecurities, you know our dreams and desires;
you do not ignore our limits and our poverty,
it is therefore also from all that, you want to manage the new reality.

We trust Mary,
who left to the encounter of life that cries out.
Make the Mennaisian Family, a body for the mission that will take care of the lives of the little ones of the ‘Southern Cone’. Amen.