At Ste Marie College of Vitré, France, the pupils  participate in the activities at La Mennais space animated by Corentin Ogier, animator of Pastoral ministry, together with Mr Joseph Fauchoux, the headmaster. 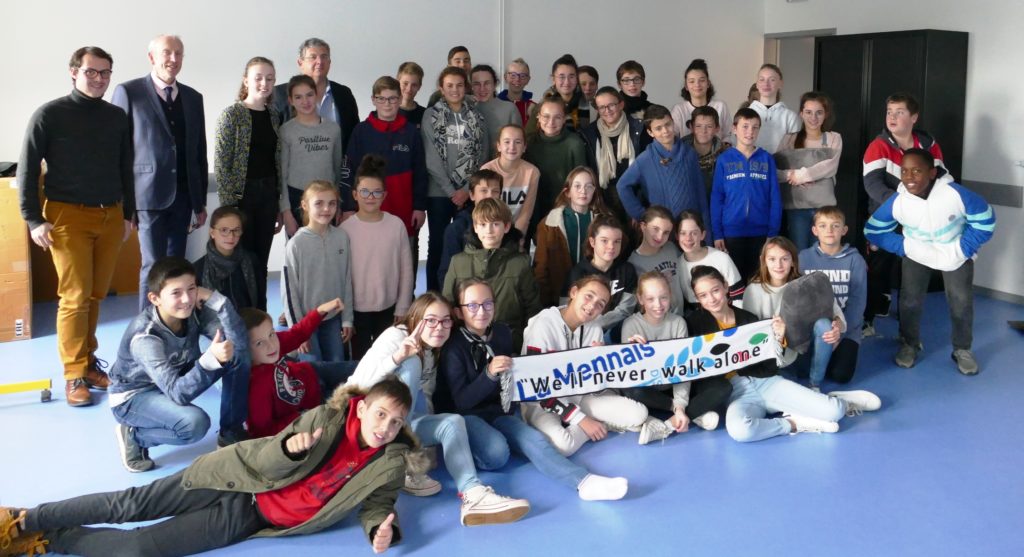 The team of  La Mennais  Space of Ste Marie College, Vitré, France gathered on 19 November ona project during the Bicentennial : creating a club of young mennaisians, ambassadors of the school climate and brotherhood, of the climate-nature-planet and the environment of the college, of twinning with other students of La Mennais schools in the world and eager to nourish their inner life. Many ideas have been proposed by young people to start. See you in 2020!                                          Reportage photos: Al Madjid, 13 ans, Ste Marie Collge , Vitré.

Joy, peace, spiritual, relational and cultural life: this Great Week is lived intensely throughout the world in the 26 countries where the Mennaisian Family is growing up. 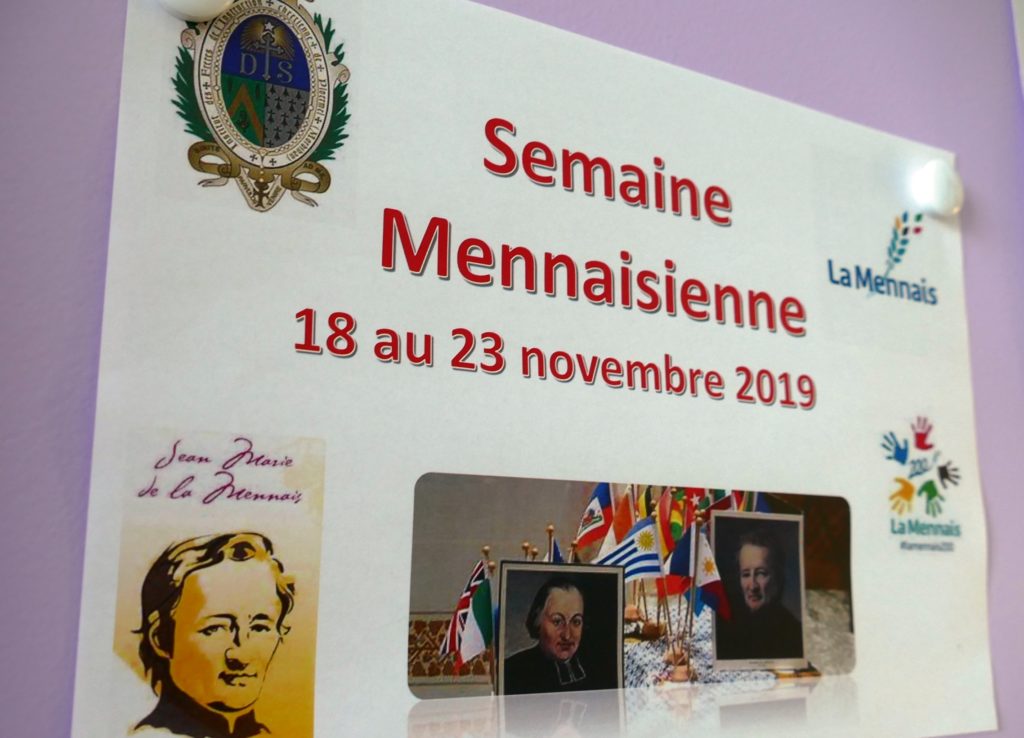 Here are the first shared pictures

where each School can send a Message for 200 Years Anniversary.

+ The Mennaisian Family is especially united with Haiti, which has been going through a difficult crisis since September.

Here are the most recent news from Bro Géniaud, Provincial of Haiti

“Dear Brothers and Laity of the Mennaisian Family,
Since the beginning of September, life in our country has been punctuated by a multitude of popular insurrection movements through the ten departments. Repeated demonstrations, loss of human life, roadways everywhere barricaded, burning of tyres, these are among the elements that have plagued our sad reality for more than eight weeks. Each of these shocks has brought and continues to bring our country further into the depths of poverty. The situation has become unbearable. It is enough to walk along the main streets of Delmas, Pétion-Ville or Port-au-Prince, to realize the level of our vulnerability and the deprivations of all kinds that characterize our country. 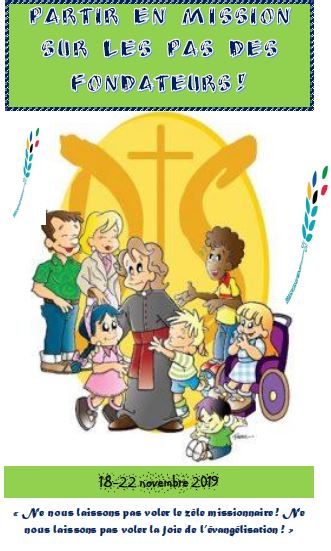 The socio-political situation in which we find ourselves today is alarming, if not disconcerting, but it does not and must not destroy our glimmer of hope. Hoping against all hope, we still believe in the better tomorrow? 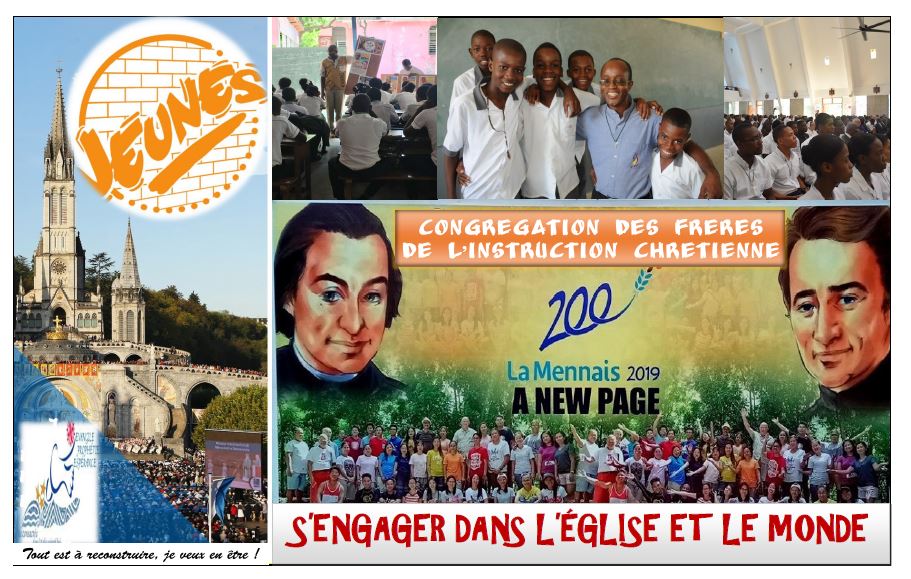 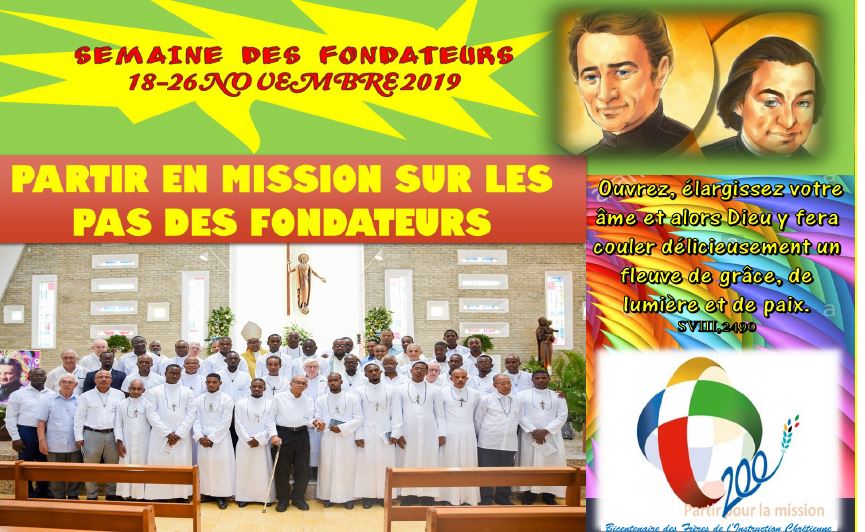 The Brothers of Haiti gathered on August 15 during the perpetuals professions and celebration of the 200th. 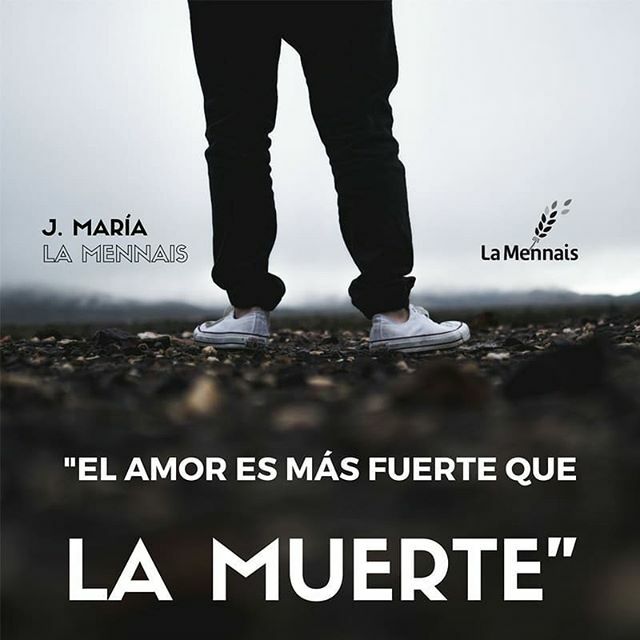 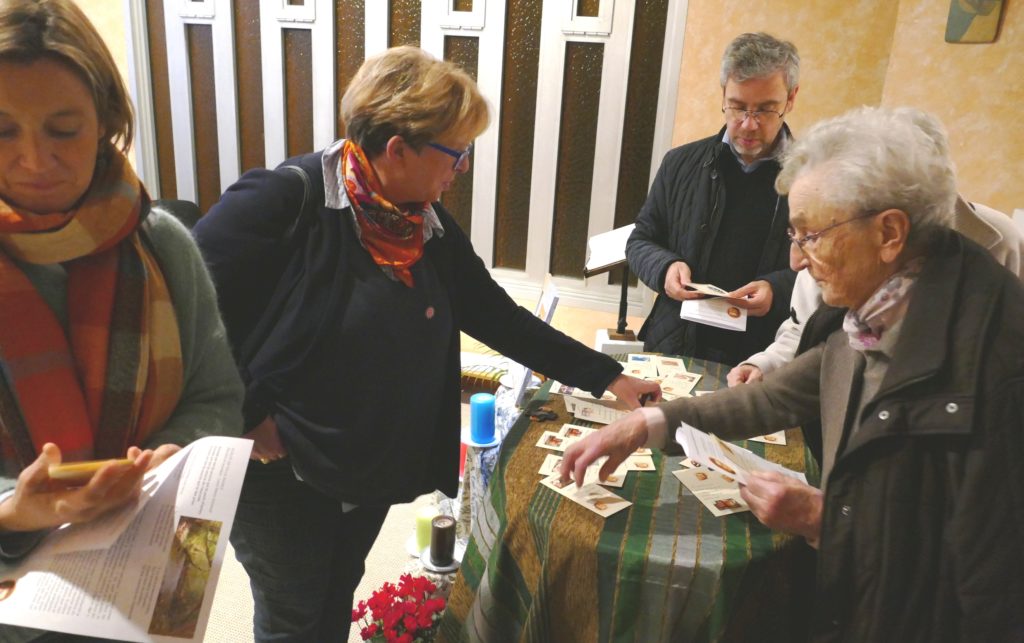 Community of 49, Rennes, France. Each Brother, lay, young, daughter of Providence received a bookmark with a thought of JM de la Mennais. 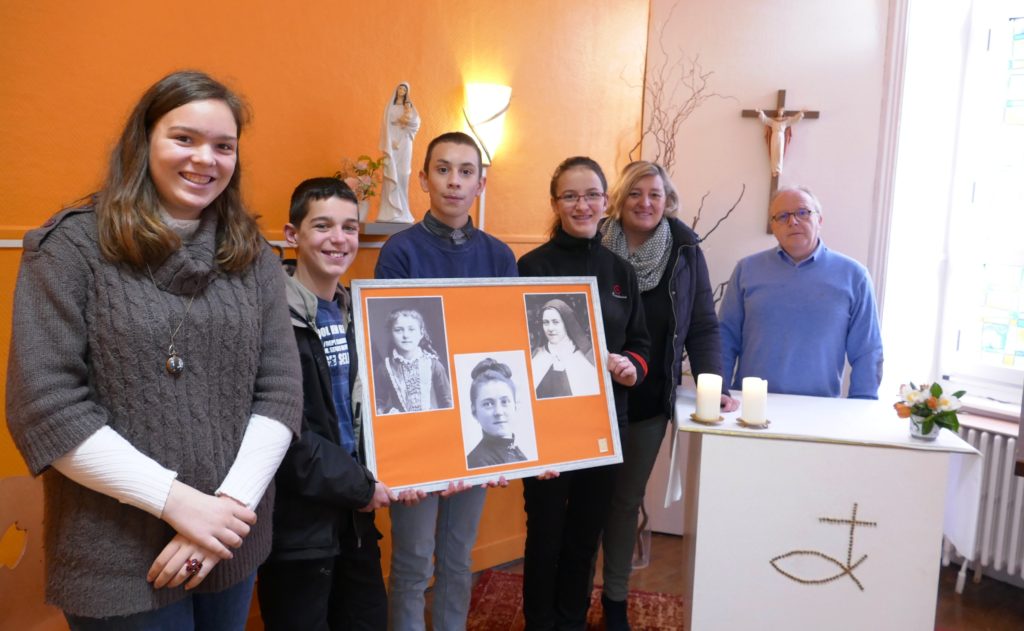 Young people of the Sacred Heart College of Lamballe in front of the Mennaisian fresco – on the 1st floor-realized on November 19. Lamballe is today the oldest foundation of the Brothers still in activity in France. The College led by Yann Barbotin is preparing its centenary for June 6, 2020! 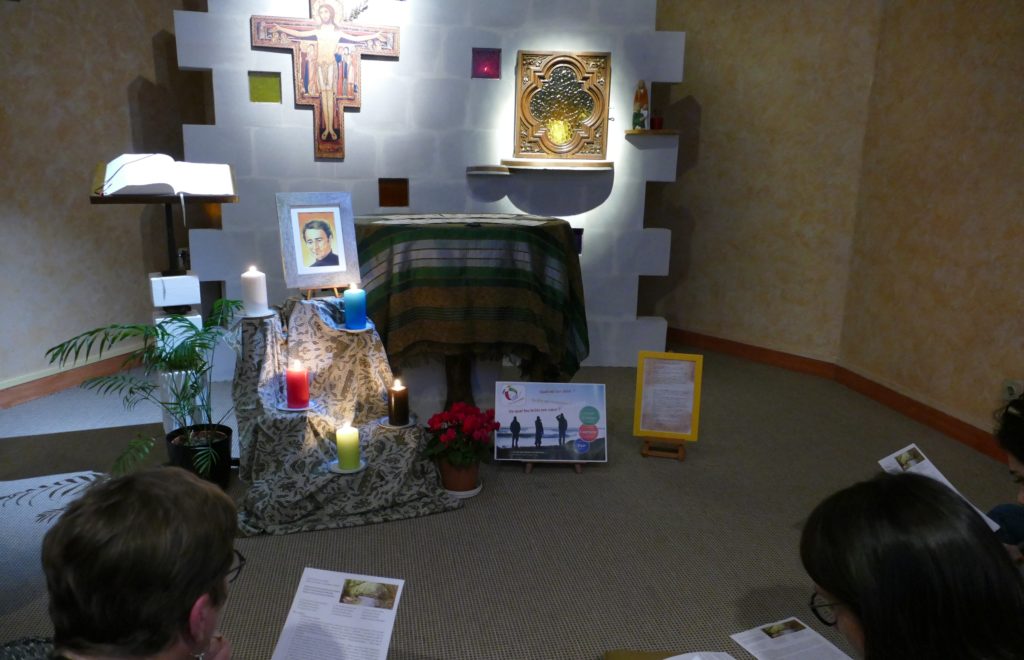 Celebration at the community oratory at 49 rue St Hélier in Rennes. 18 November 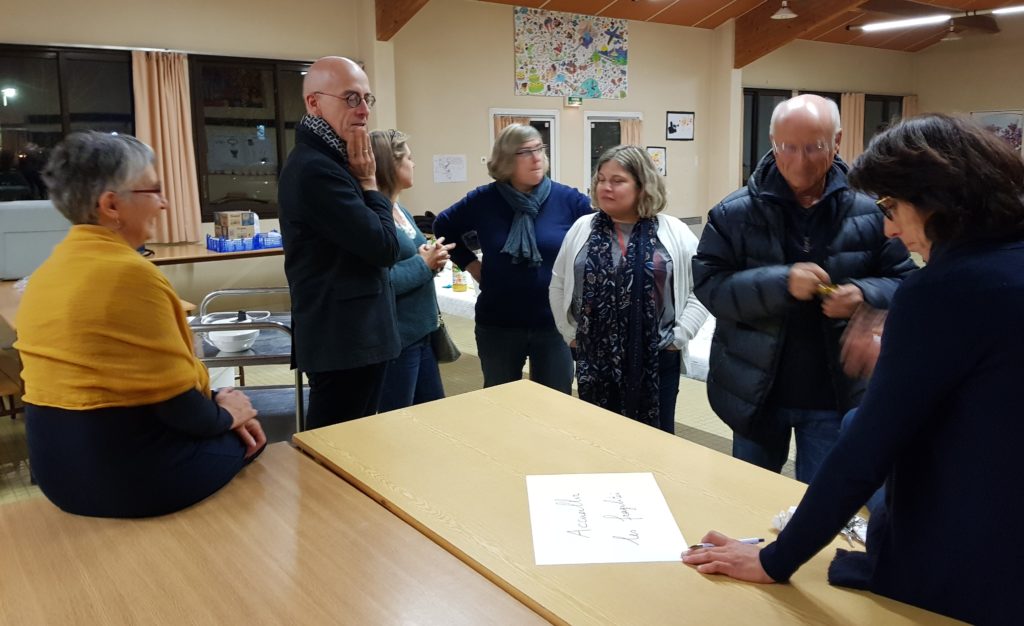 Mennaisian snack organised at St-Aubin school in Guérande, France for the schools of the peninsula of Guérande and with the brothers of the community. 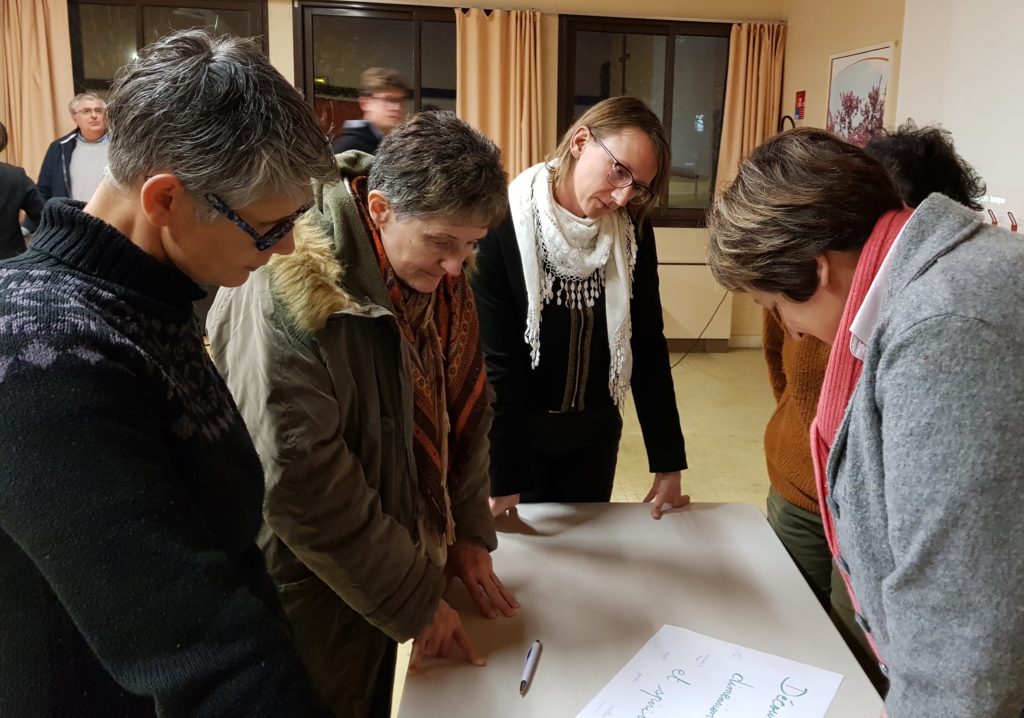 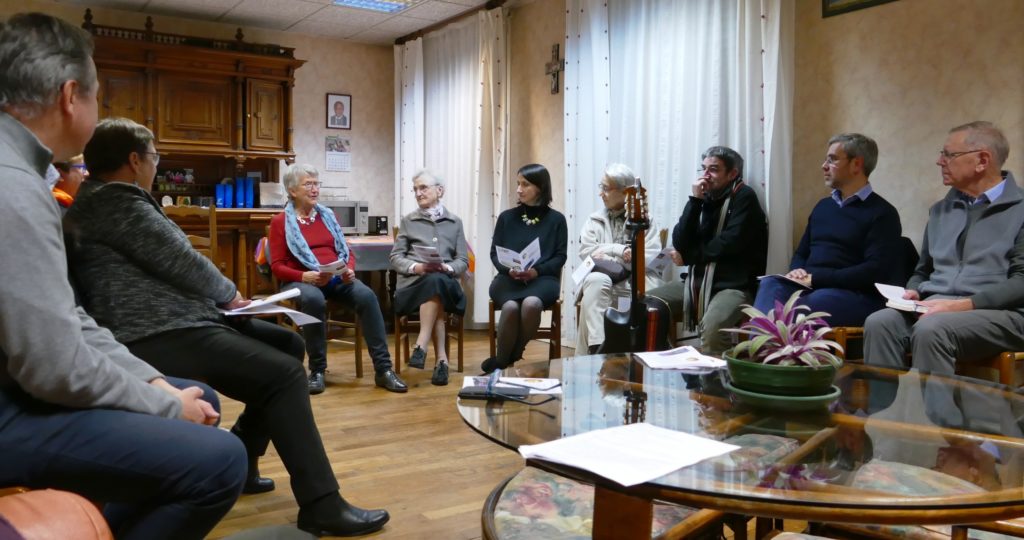 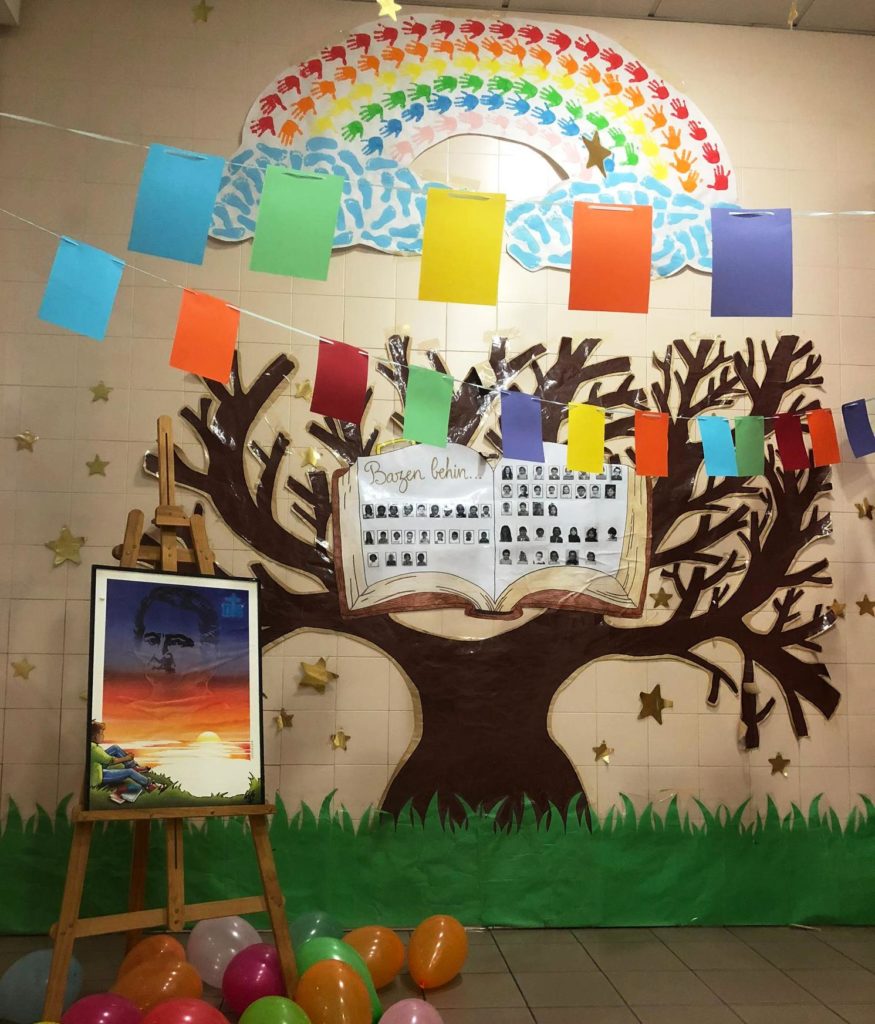