Would you get acquainted with the holy Catechist of the slaves, the 3 Brothers Morin, a Brother who turned into a commercial traveller, the faces of the young Brothers today in Indonesia, Uganda, Haiti, Congo RDC, Rwanda, Togo …

Did you know that the 1st School founded by Father Deshayes was not in Brittany?

The Brothers taught in big cities of France outside Brittany: which ones? 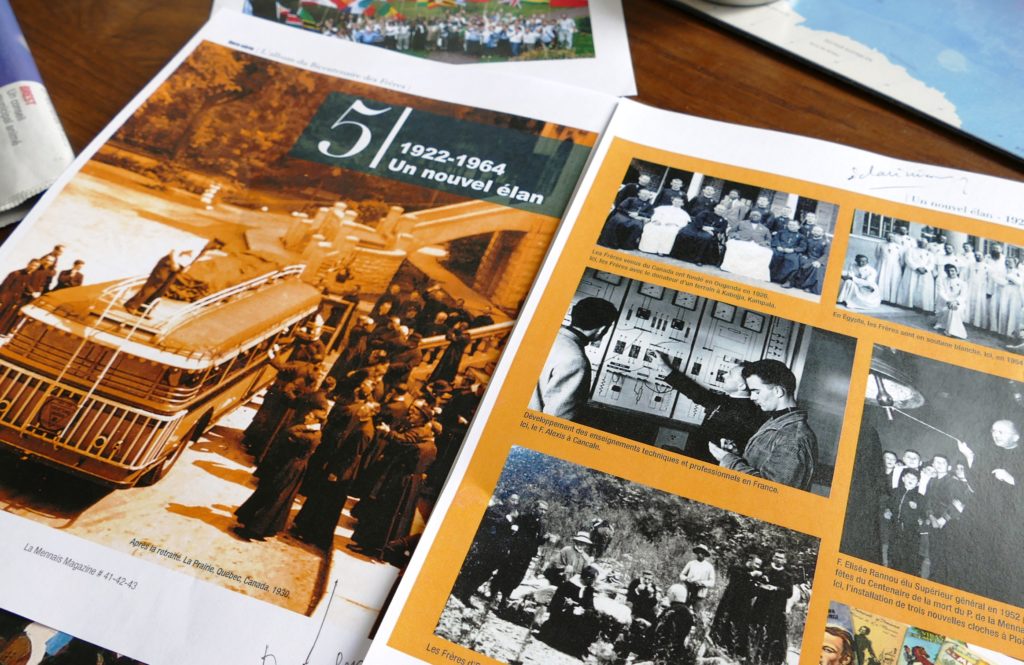 1903 was considered a watershed year about the foundations: why?

Until now publications presented such or such historical sequence or events linked to a country, but a consumer Album for all was missing. 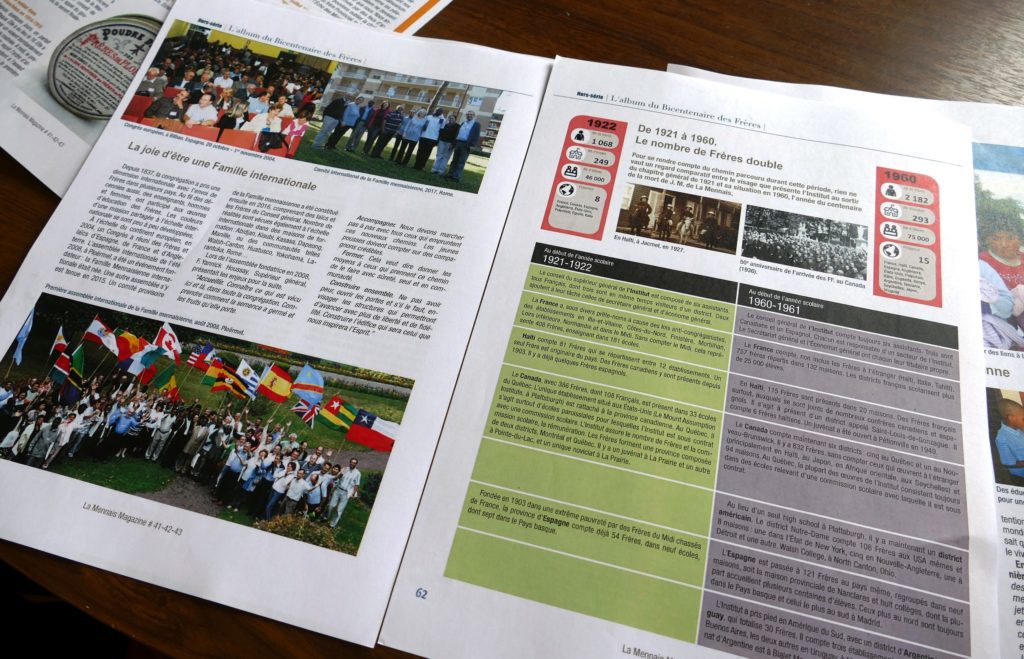 This one is embodied by the adventure of 4 700 Brothers – 7 000 Brothers belonged to the Congregation  with those who left it – and 1 000 schools and Educational works founded during 200 years in 37 countries.

And a document which accompanies a momentum and a breath which continue actively today:

The International Menaisian Educational Network is present in 26 countries on 5 continents. It federates 200 Schools and educational Centres with the cooperation of 10 000 collaborators among whom 760 Brothers of Christian Instruction at the service of 120 000 young people. 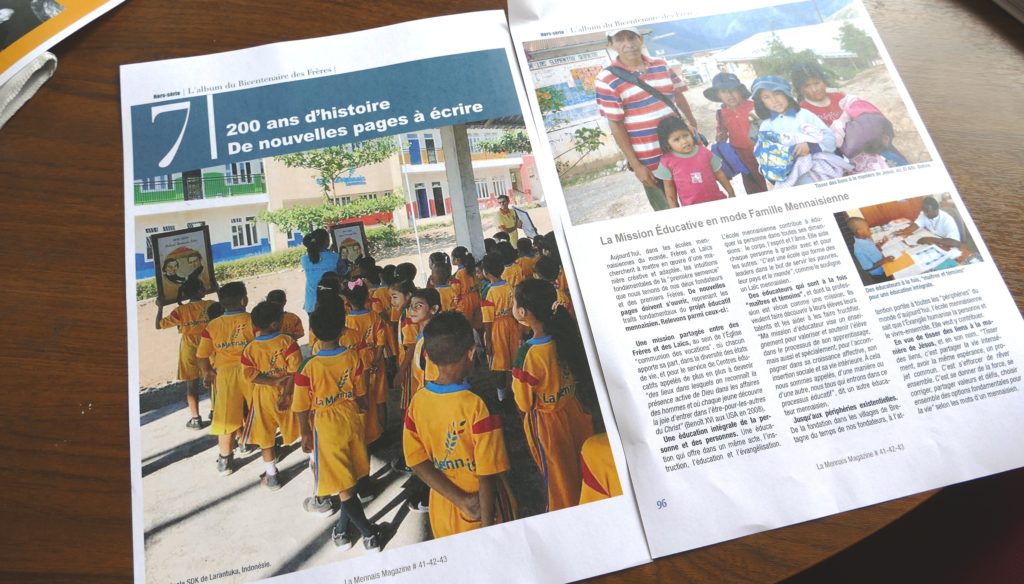 – 200 years of history: new pages to be written 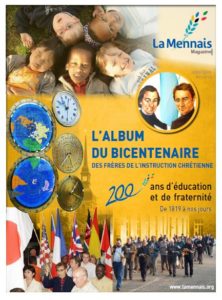 It is available in any Secretariat Office of Districts or Provinces