This end of June saw a number of changes in the Province of St John the Baptist– France-England.
+The new provincial team is at work, consisting of Bros Yannick HOUSSAY, Provincial Superior, Laurent BOUILLET and James HAYES, Provincial Assistants.
Photo by Bro Philippe LECOINTRE.

+The community and the educational team of Saint Donatien College in Derval bade farewell to the 5 Brothers on the 22nd June 2019. Bro. Pierrick BUSSON, the out-going Director was the main subject of the lively party. Him, as well as Bros Yves LEROUX, Robert VICET, Pierre ORAIN and André GUERLAIS were greeted by the young people, parents and friends of the school and indeed who were very numerous. 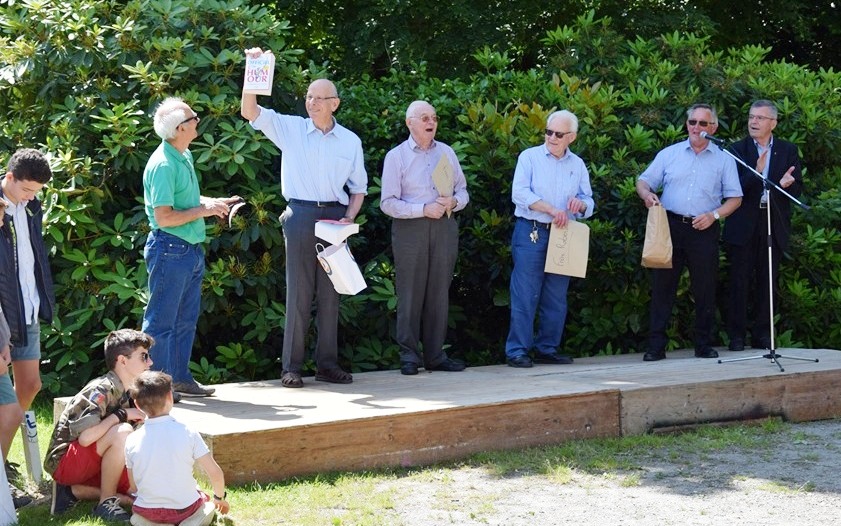 Bro Michel BOUVAIS, President of the Management association (OGEC) of the school recounted the many activities carried out during Bro Pierrick Busson’s  years of leadership. The latter is now appointed Superior of the Mother House at Ploërmel. 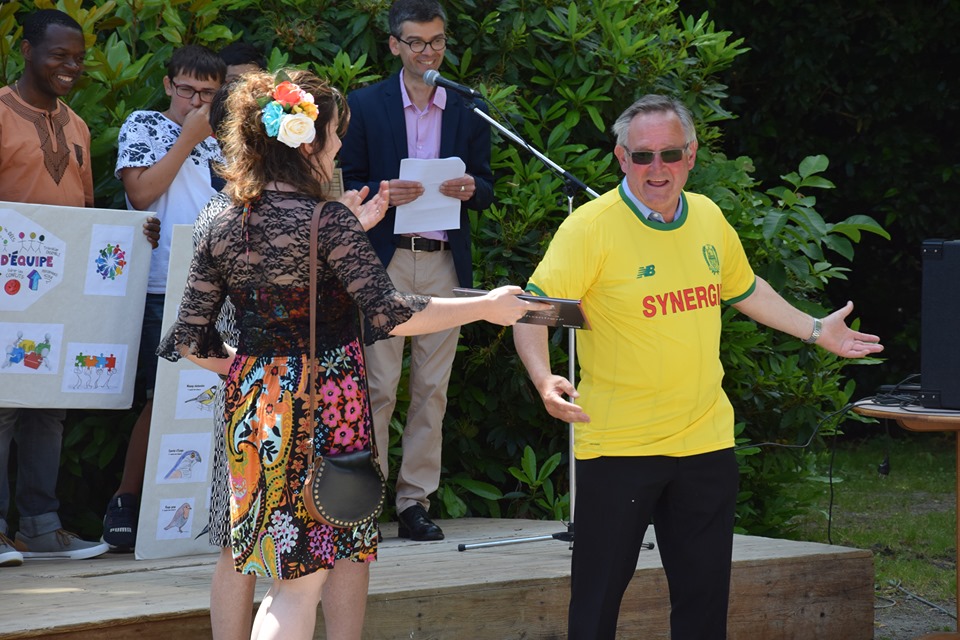 Tribute was paid to Bro Pierrick BUSSON who always had concerns, according to his words, of good “synergy” amongst all. Michaël BARAT, Assistant Director, animated this time of gratitude, joy and emotion.

The community now welcomes Brothers Thierry BEAUPLET, as the Director of the institution and as a superior, Auguste RICHARD and Robert LEROUX.

+The community of Châteaulin and the La Mennais fraternity had a celebration on the 22nd June 2019 to mark the Bicentennial and to say farewell to  Bro Bernard BOURIGAULT, the out-going Director of the Juvénat Center and who was appointed as the receptionist at the Mother House. 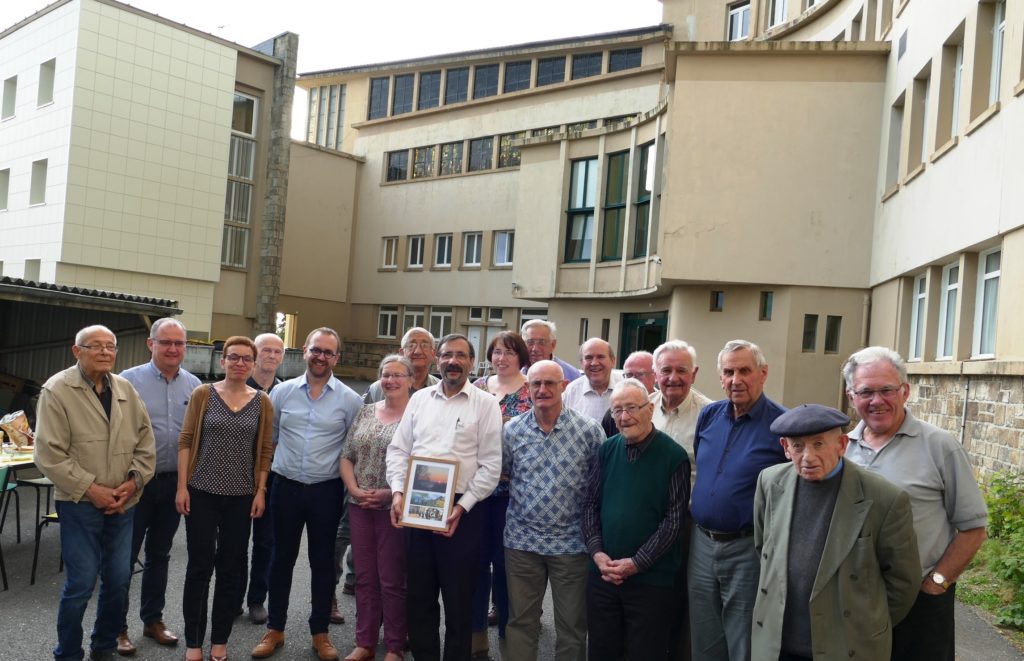 The Community and the La Mennais fraternity of Châteaulin gathered on the 25th June2019. At the centre Bro Bernard BOURIGAULT who becomes the receptionist at the Mother House of Ploërmel.

+ The community of Pontivy was closed and the three Brothers who composed it were to respectively join Saint-Malo for Bro François QUEMENEUR and Bernard PRIGENT and Malestroit for Joseph LE GOFF.

+ There were also many other changes:
-at the service of “La Tutelle” network LA MENNAIS France

The “Tutelle” Authority:
Bro Yannick Houssay, Provincial,
Our 4 delegates of the “Tutelle”:
Mr. Ronan Petton, General Secretary for the schools under “Tutelle” in Ille-et-Vilaine (with the exception of Redon schools)
Mr. Ronan Cariou, Schools in Morbihan
(with the exception of Vannes, Lorient, Languidic and Kerlebost)
Mrs Chantal Devaux Schools in the Loire-Atlantique,
Pyrenees (64, 65), Redon and Kerlebost.
Mr. Loïc Le Touzo, schools in Côtes d’Armor
schools in Finistère and Lorient, Vannes, Languidic