It’s at Ploërmel, in the heart of Brittany, that Jean-Marie de la Mennais and Gabriel Deshayes, founders of the Congregation of Brothers of Christian Instruction, wished to set up.

In 1824, the Brothers’ noviciate settles in the old Ursuline Convent at Ploërmel. Jean-Marie de la Mennais fixes his residence there till his death. The motherhouse expands and will number more than 400 people at the end of the XIXth century.

The 1903-1904 laws scatter most religious congregations. The Brothers are evicted from Ploërmel, on February 12, 1904.

The repurchase of the house in 1909 allows the foundation of the Lamennais school and the creation of an agricultural school. After 1940, the latter is transferred to La Touche, and the groups of brothers regain possession of the premises.

Today
The motherhouse accommodates a community of Brothers and some administrative services for the Province. The rooms available and the property as a whole are taken care of by the welcoming committee.

The Astronomic Clock
It’s the work of Brother Bernardin Morin (1812-1876), math and astronomy teacher.
Between 1850 and 1855, he devises and makes the various parts of an astronomical clock, very well drawn up and 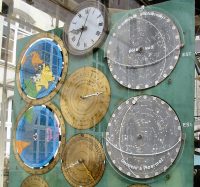 accurate : it is equipped with ten dials and a planetary system.
Classified as an historical monument in 1982, it attracts 25000 visitors a year. 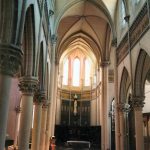 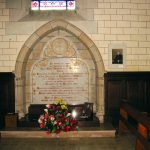 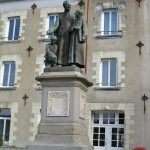 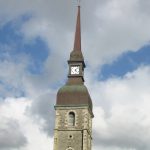 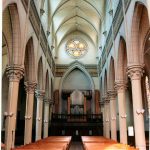 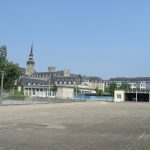 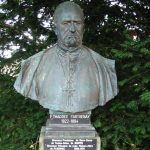 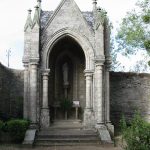 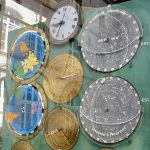 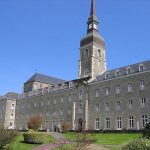