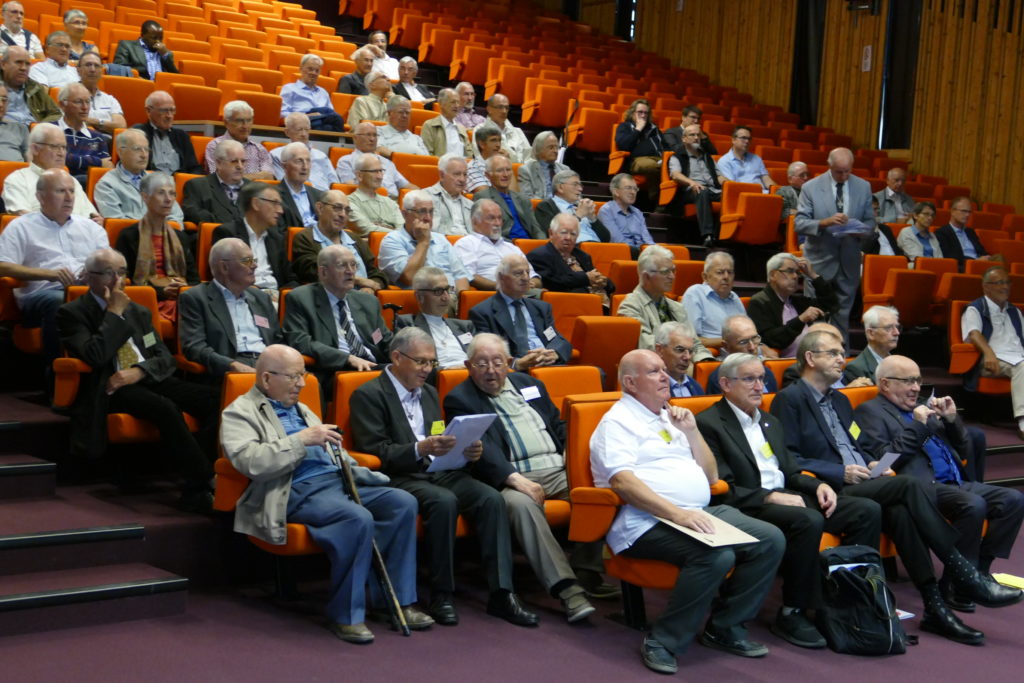 The launch of  the new  year during the Feast of St John the Baptist Province – France-England- on Sunday, the 25th August 2019 at Ploërmel was heartfelt: sharing joy and giving thanks together with the 20 Jubilarians, providing the impetus from the  new year theme and sharing many news. All in the dynamic of the General Chapter inviting to write new pages with a new Provincial team. In short: something new! 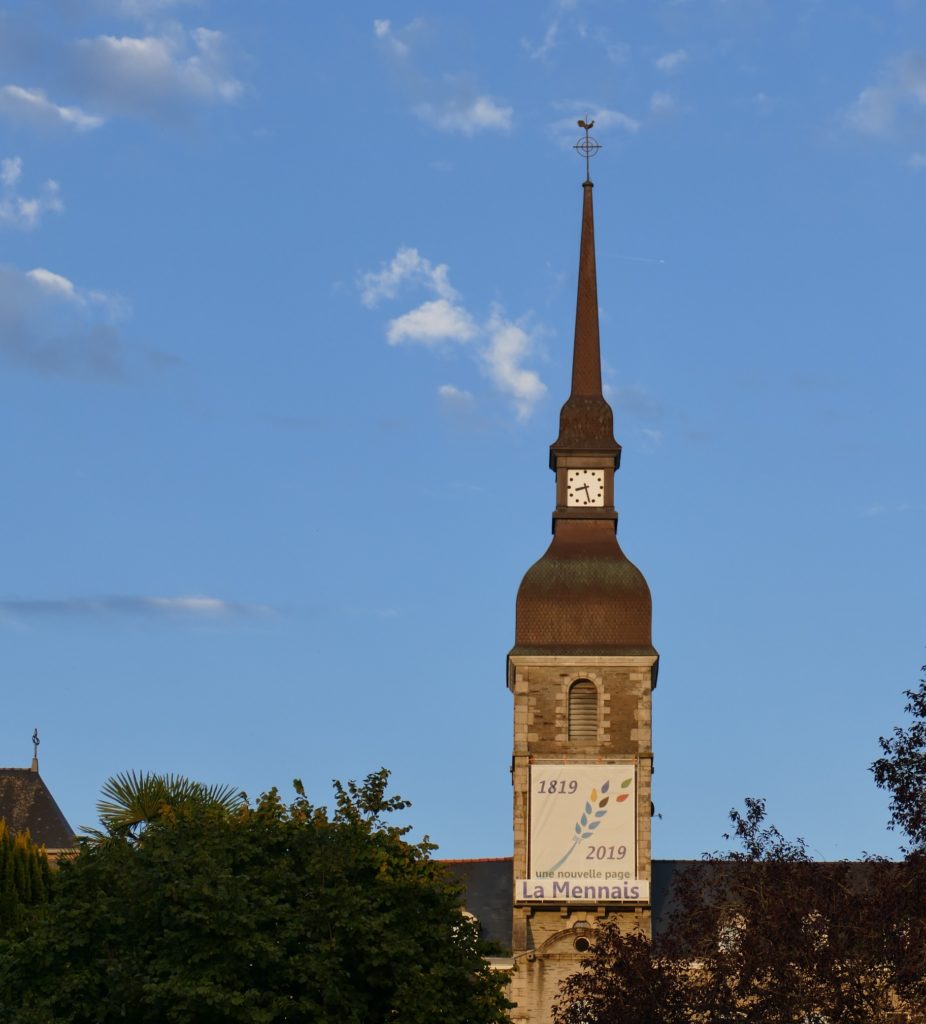 + «Are we ready to dig other wells? » The video by Bro Hervé Zamor, the Superior General, set the tone: – see the video on the Website – 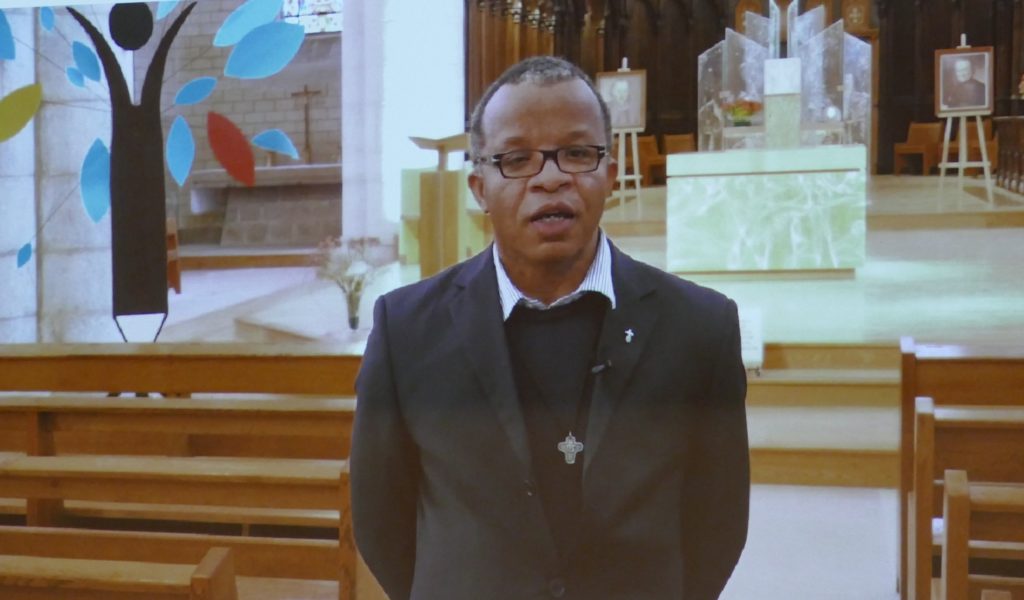 “When the first five Brothers – whose average age was 29 – left Ploërmel on the 27th  November 1837 to found our first mission in Guadeloupe, our Congregation was  only eighteen years old.

Its youthfulness was its strength, its audacity, its passion and  energy to dare to risk the mission. And yet, the fragilities were there.

They did not wait to be rich to send Brothers on mission Are we ready to abandon our dry wells to go elsewhere to dig others?
Let us not be afraid! Let us open our eyes, our ears, our hands and our hearts!”

+ «I am the mission on this earth»
During the meditation on the theme of the year, Pope Francis’ quotation from “The joy of the Gospel” served as the catalyst: 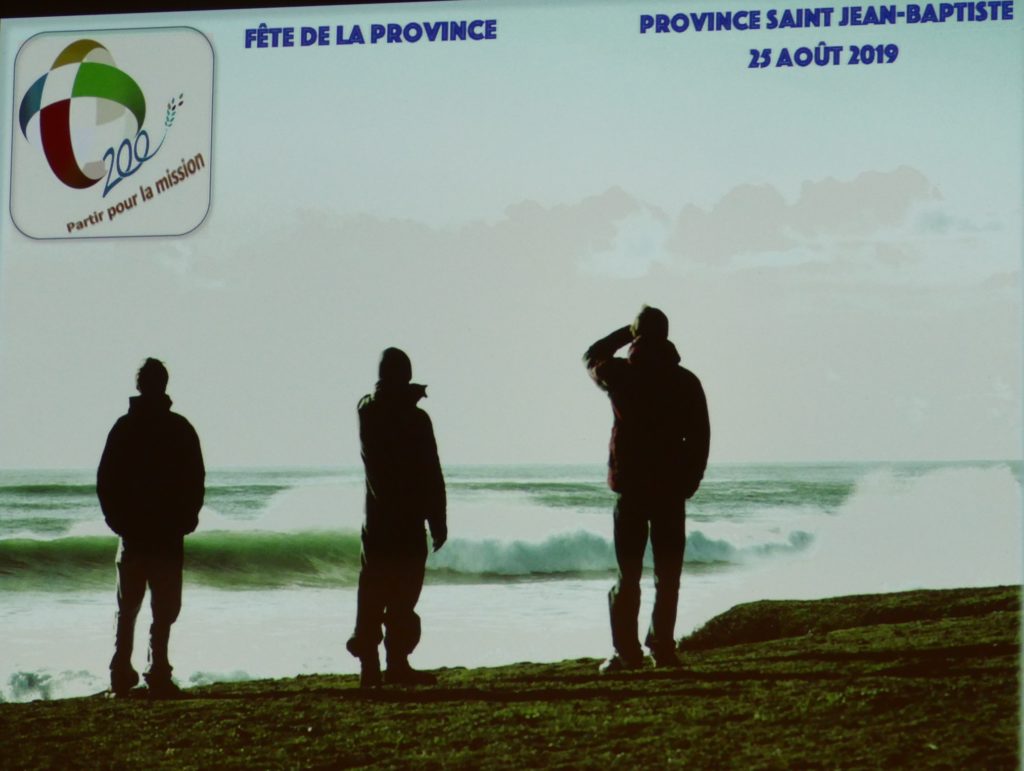 “I am the mission on this earth and that is why I am in this world.”

Let us invoke the Spirit to help us be this mission. 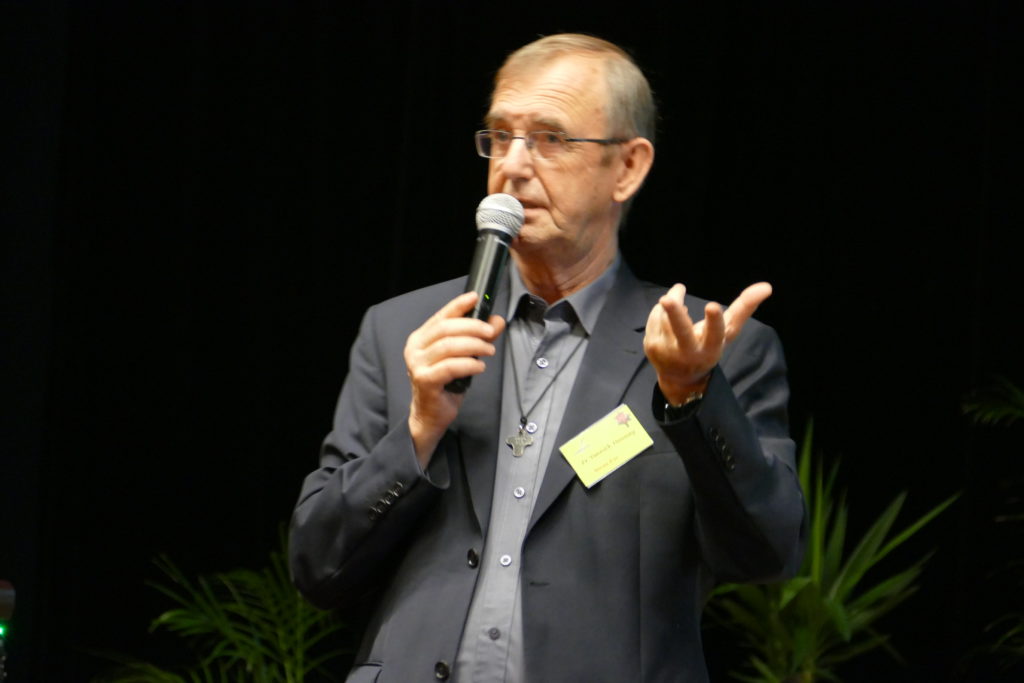 To SEE. “Bearing fruit. This is my mission. Let us look at how Jesus saw the realities around him. What is happening around us?”

To GET NEAR. “Who am I close to? Who am I going to approach? Who is my neighbour?” 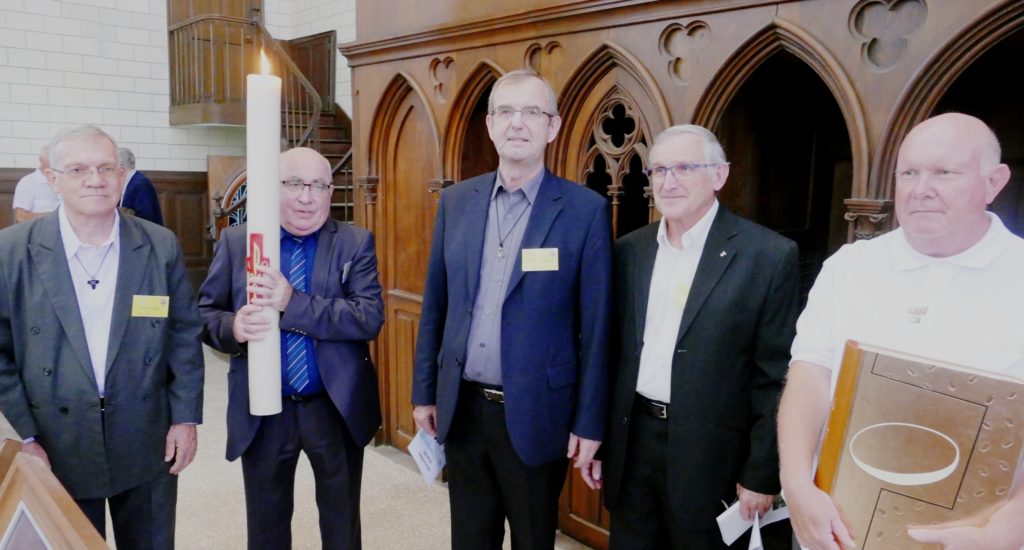 “Take me where men need your word.” It was under the inspiration of the Missionary Song that the celebration was lived. It was presided over by Father Paul DOSSOUS, Superior General of the Priests of St. Jacques, from Haiti. He recalled that the motto of their founder Bishop Testard of the Cosquer “I am not alone” owed much to the collaboration with the Brothers. 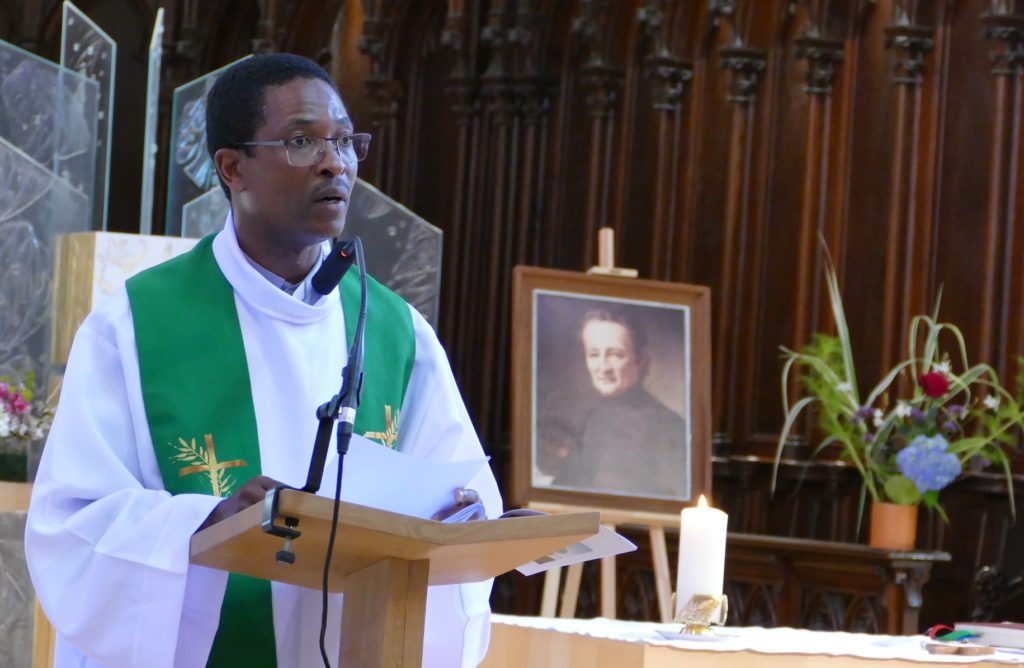 He emphasized how the collaboration between the Brothers and the Priests of St James has borne fruit and continues to do so. He commented on this Sunday’s Gospel, emphasizing how God “fulfilled his promise for the salvation of all. The fulfilment of his promise is beyond our human visions. 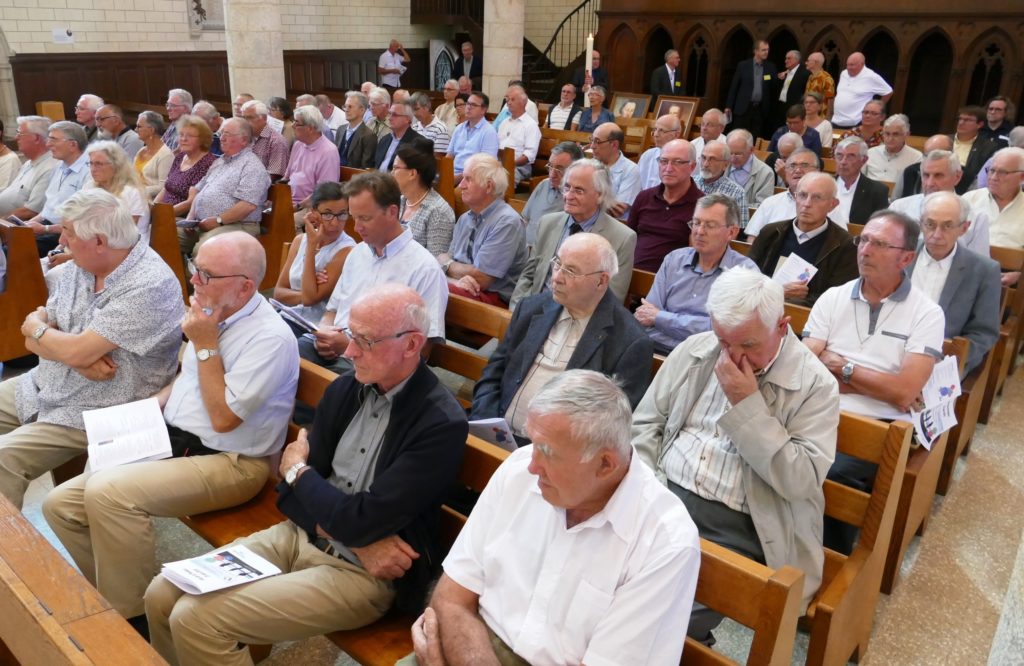 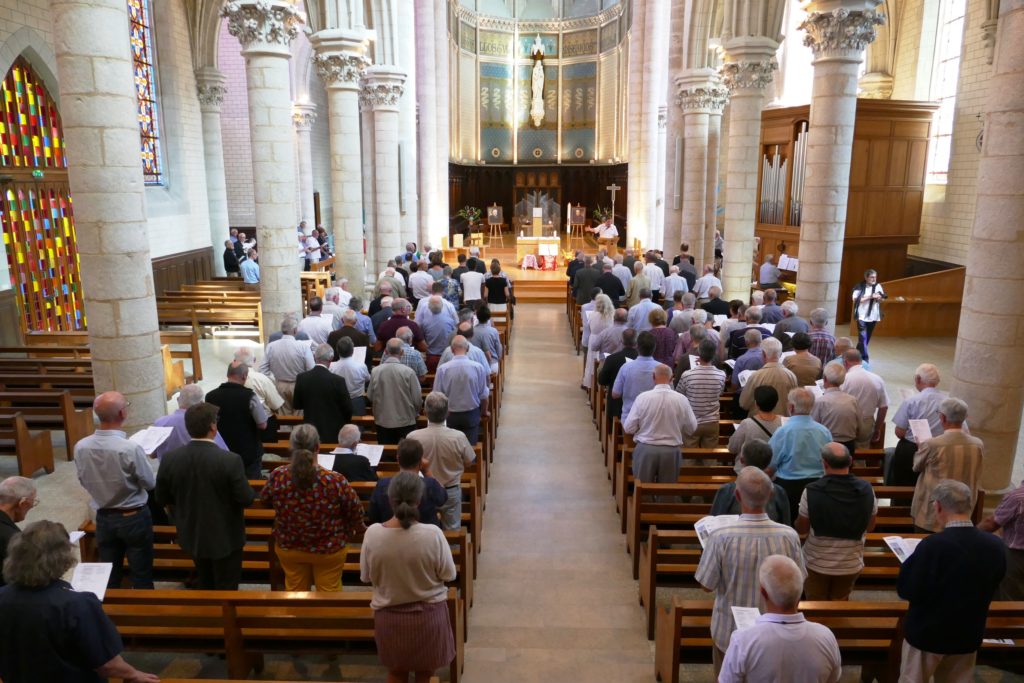 Let us not be afraid of being disconcerted and deepen our relationship with the Lord: God Alone, everything else is nothing. “ 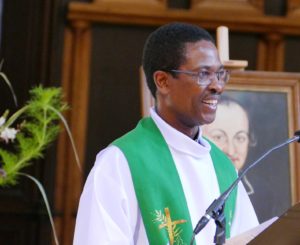 He expressed his joy of seeing Jubilarians of 50  up to 80 years of religious life! “My heart leaps with joy and with the shining warmth of the sun of Haiti, I thank you Brothers for what you are and what you do”. “The grace of the Lord has made your efforts light since 200 years of the congregation’s history. Jesus is the guide and companion of our journey.” 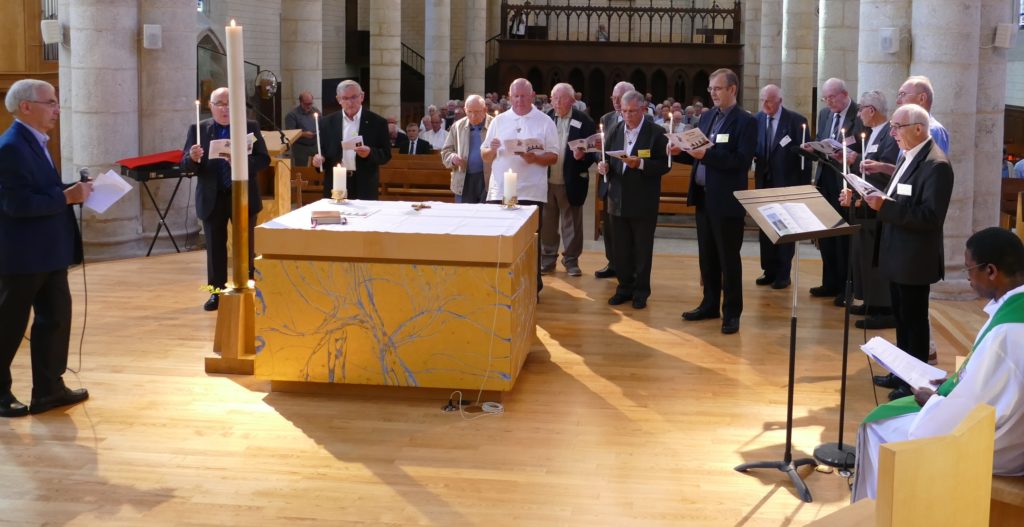 + Greetings to the Missionary Brothers.

During the celebration the Missionary Brothers present who would be leaving in a few days were also greeted and thanked. 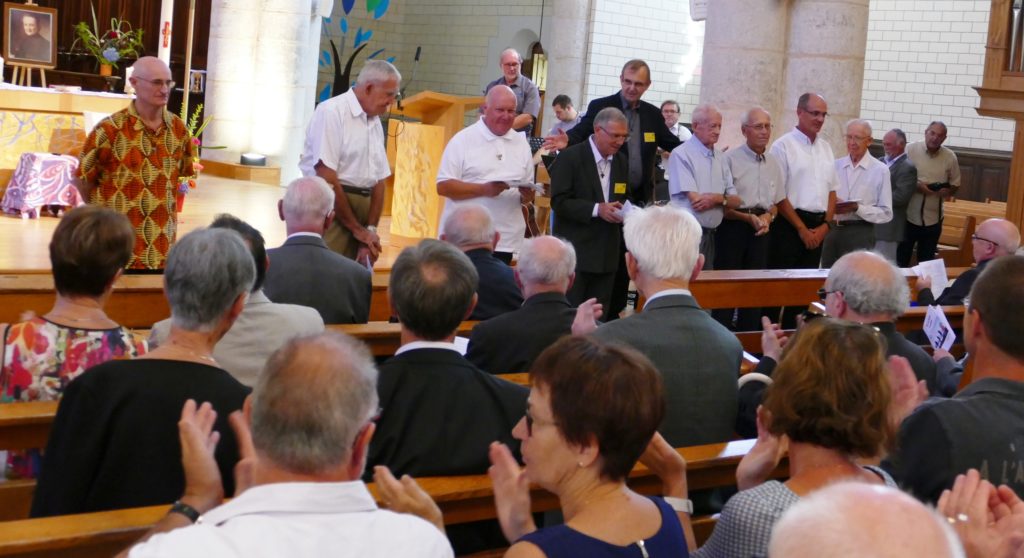 + And the new provincial team? 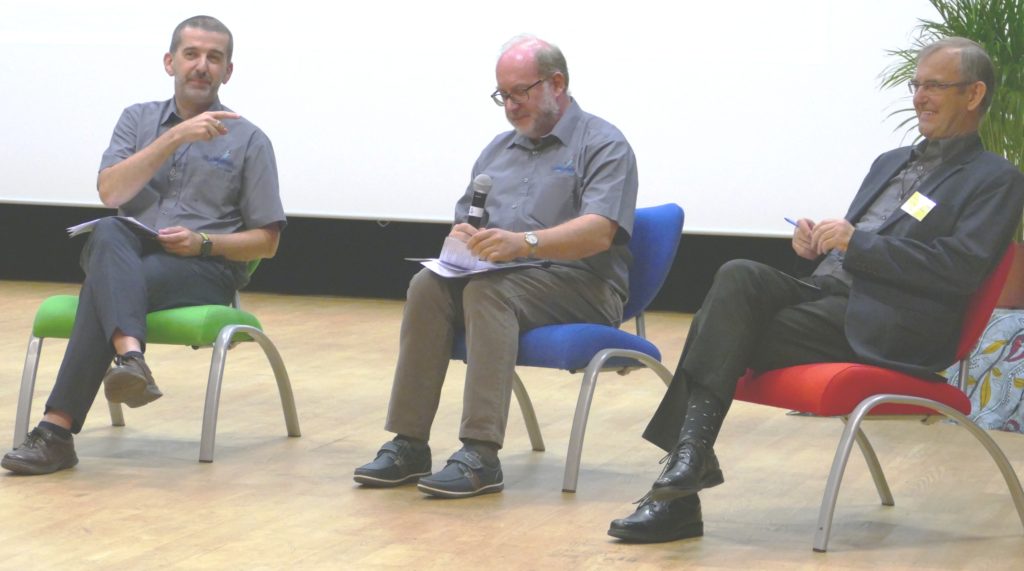 It is composed of Brothers Yannick HOUSSAY, Laurent BOUILLET and James HAYES. The team presented its operating realities – each one lives in his place of work  – (Editor’s note: Vannes, Bain-de-Bretagne and Liverpool)-by making himself available for a part of the week to be at the service of the Province- and the team ‘s points of attention, in particular the openness to the whole congregation, the importance of formation for all and for vocations and calls.

The 3 members of the former Provincial team – Bros Louis SEITE, Rémy HAREL and Thierry BEAUPLET – were thanked for their 6 years of service. Thanks were also extended to Joseph FAUCHOUX, former Secretary General of the Tutelle. 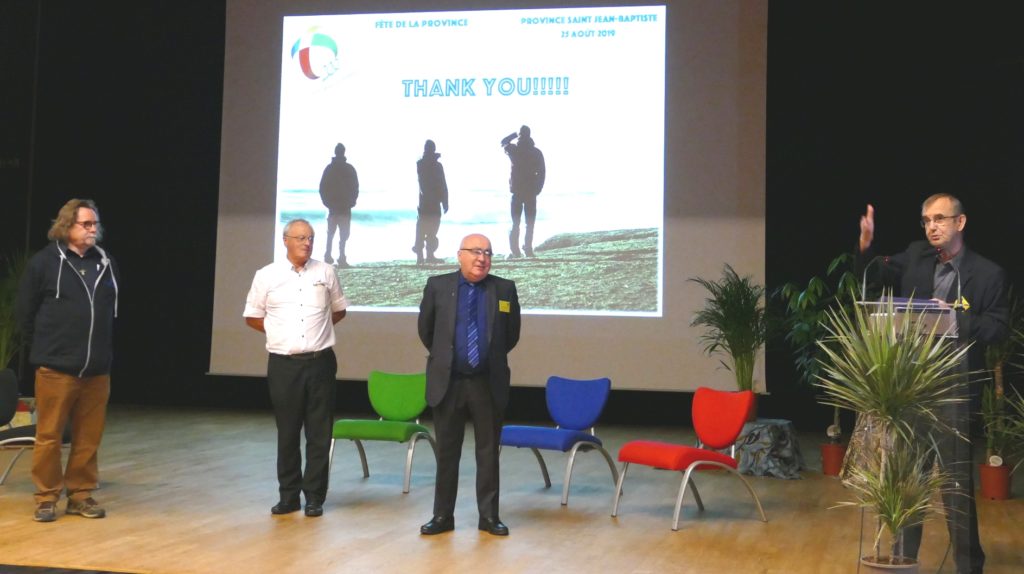 + Something new at the Mother House also. Bro. Michel Bouvais was thanked for his 9 years of service at the Mother House. Bro Pierrick BUSSON succeeded him as Director. He would be assisted by Bro Bernard BOURRIGAULT as a receptionist. Bro Robert Leroux also leaves the Motherhouse community for Derval. 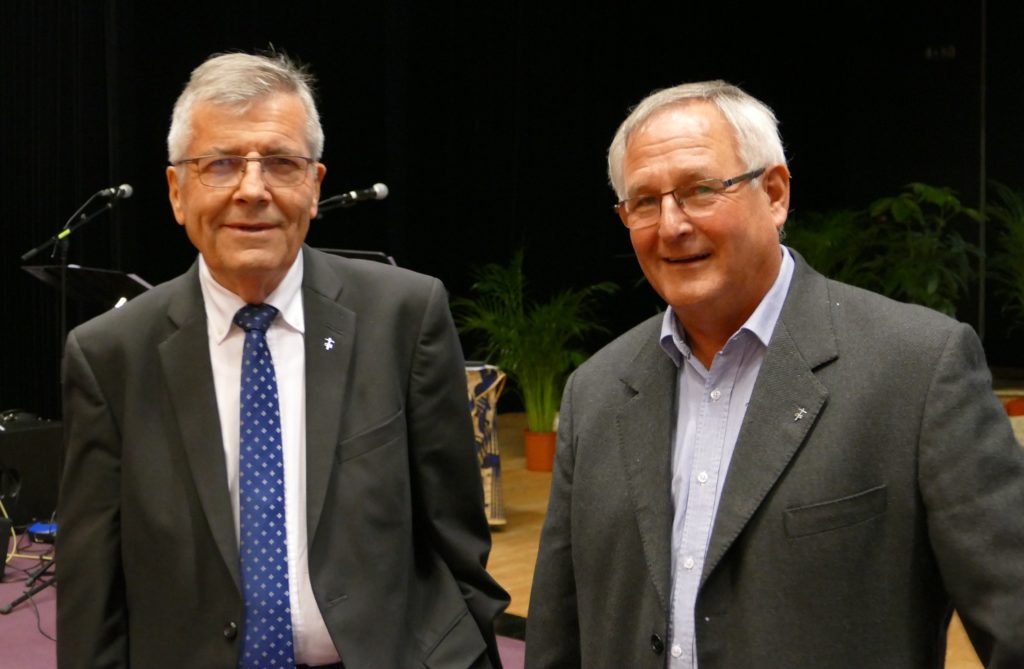 + A Provincial Chapter in view. Following the Assembly of the Lay Associates and the Brothers held in spring, the Provincial Chapter is schedules to take place during next February. In order to prepare for it and to enrich it with the contribution of the laity, there will be meetings of the Lay people and the Brothers in the coming months. The objective of the Chapter will be to appropriate the work already carried out and to define priorities and concrete elements.

+ Tutelle. At the service of the Tutelle of the French LA MENNAIS network

The authority in charge of the Tutelle is Bro Yannick Houssay, as Provincial,

The 4 delegates of the Tutelle are:

Ronan Cariou, Chantal Devaux, Loïc Le Touzo, each of them being responsible for accompanying part of the Mennaisian schools of the French Mennaisian Network. 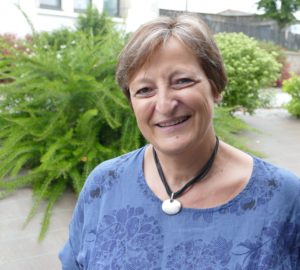 Mrs Chantal Devaux has just joined the Tutelle team. She previously served as Director of Catholic Education in the Diocese of Montpellier and as a Headteacher in several departments.

Three persons in charge of mission are going on with their activities: