Intense. The Headteachers and the Deputy Heads of the 76 schools of the Mennaisian Network in France spent two full days in Ploërmel on 21st  and 22nd October. In this Bicentenary year, Bro Yannick Houssay, Provincial assured from the outset: “This mission of education is our mission together, adults and young people, in the same spirit. Let us live by this spirit of family». The Tutelle team that accompanies the institutions also collected 100 proposals that will enable this service to meet expectations. As a highlight, the new school leaders and the Tutelle team were sent to mission during the time of celebration.

Coming to the source. These days were built on the new reference text presented at the Congress “Happy to be Mennaisian Educators” on 17th ,18th and 19th May.last – 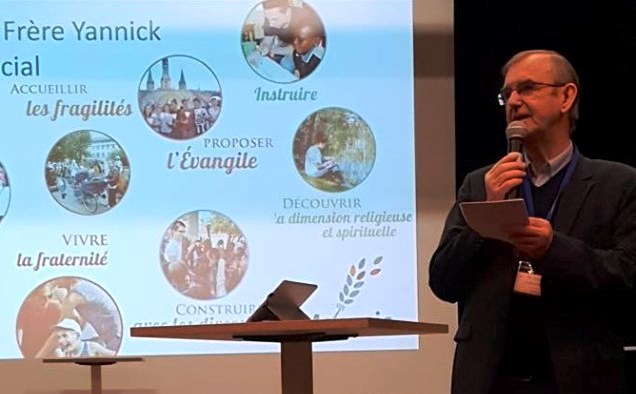 Bro Yannick Houssay, Provincial opened the Congress by inviting us to return to the source: “Coming to Ploërmel makes us perceive the richness of these 200 years of a history that began with Jean-Marie de la Mennais and Gabriel Deshayes and continued with their first disciples, the first Brothers.

A story that led the Mennaisian Network to the 5 Continents in response to the various calls addressed to it. A charism that is a gift of the Spirit, a strength, a breath, to offer an education and instruction to all, based on the Gospel of Jesus, the Good News proclaimed to the poor.

This 200-year mission is your mission! It is OUR MISSION! We must respond to it together, in the Church, with parents and young people themselves. It is a SHARED MISSION, Brothers and Laity.

Different vocations, the same spirit, the same source, a mission shared and lived WITH others, young people and adults in our institutions, never without them! That’s why we’re talking about a Mennaisian family.

That is why we must allow ourselves to be inhabited by the same family spirit.”

During the celebration of the 200 years of the Congregation on the 2nd June, Brother Hervé ZAMOR, Superior General invited us to open a new page. We introduced this new page on Monday, 21st October with the intervention of Fr. Jean-Yves Baziou of the diocese of Quimper and Léon, former Dean and Teacher of the Catholic University of Lille who led us to reflect on the relational identity of the human being and on the educational consequences of this relational identity. 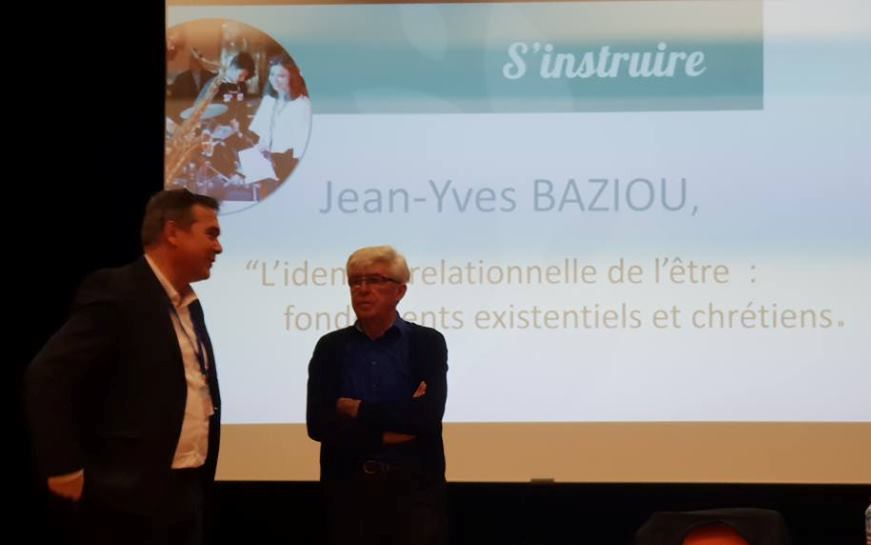 A necessary and indispensable Introduction to initiate a reflection on the very functioning of the service and the accompaniment of institutions, the Tutelle, via two working periods on the format of a world café based on the following questions: What are the needs and expectations of the Tutelle team and how can each actor act within the same Tutelle organisation? 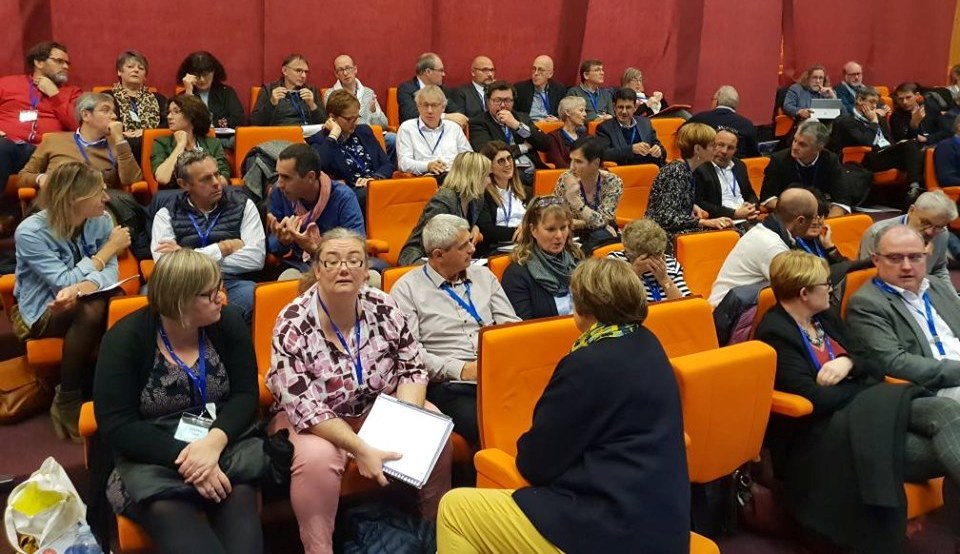 The 100 proposals made during these workshops will enable the Board and the Tutelle team to meet the expectations of the institutions.

In addition to the time of work and conviviality necessary for the cohesion of our network, we lived an important moment at the time of celebration. On the square of the Brothers’ Chapel, the Provincial called individually the members of the Tutelle team. 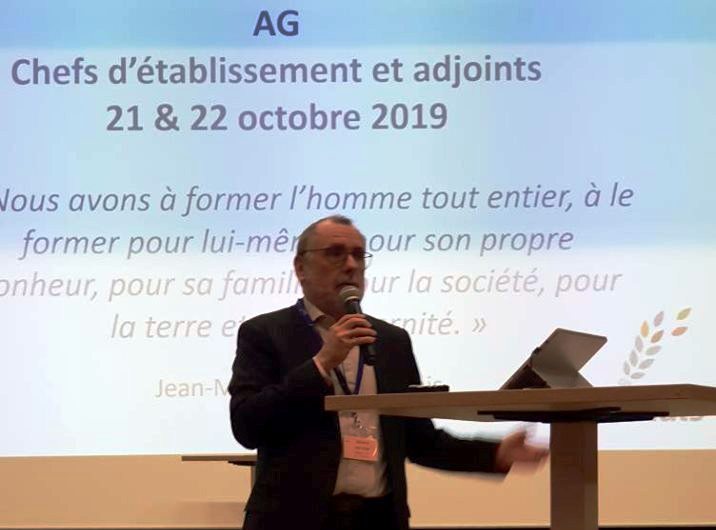 Then Ronan Petton, Secretary General called the new School Heads and invited them to enter the Chapel followed by all of their colleagues. All were sent on mission by the Provincial at the tomb of the Founder. “I thank you for your daily commitment in your institutions, commented Bro Yannick. To better live your Mennaisian mission, go and drink from the Founder’s source, read it, and try to get to know him better.” 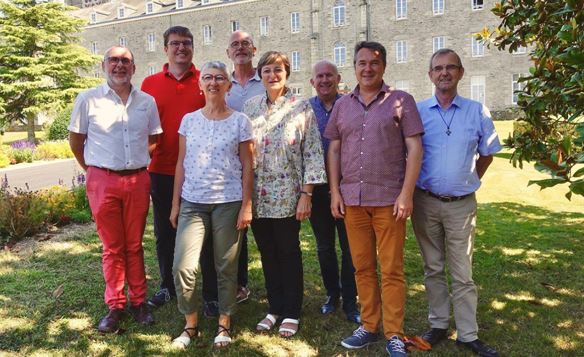 The Tutelle team, accompanying the schools and educational centers of the Mennaisian Network of France.

Report via URCEC France Website and Service of Tutelle France

Photo of the group of the Headteachers of the Mennaisian Network in France : realised by Photo LABBE, Plumelec